Positano is a city that is located on the steep slopes of a hill. This former fishing village has become wildly popular among tourists after an essay by the famous writer John Steinbeck. Nowadays, it is deservedly considered one of the pearls of the Amalfi Coast. The tourist season on the Amalfi Coast lasts from Easter to October. The best time to travel to Positano is early autumn, there are fewer tourists and prices are lower.

Words cannot express the beauty of this piece of paradise. You should see it with your own eyes to experience a delight and capture the unique panorama of the wonderful coast. Numerous crowds of tourists follow this rule, making Positano the most popular and sought-after resort on the coast. Small plots of land are planted with lemon, orange, and olive groves. Interestingly, these lemons produce the best “limoncello” in the world.

The First Day Journey along the Amalfi Coast

Spending a weekend in Positano is wonderful. The architectural appearance of Positano is known all over the world. Rows of bright low-rise houses stretch from the sea coast to the top of the hill, immersed in the greenery of fruit trees. Within the city limits, motor transport is completely prohibited. Lots of houses are decorated with ceramic tiles – majolica, several Baroque mansions have also been preserved.

The main attraction of the city is the Church of the Assumption of Our Lady, which still retains the features of the ancient Romanesque style. It is colorfully furnished inside. By the way, this church houses a revered Christian shrine, the Byzantine icon of the Black Madonna.

Among the old buildings, it is also worth noting three medieval watchtowers towering over the sea. Now they house luxury villas and expensive apartments. Similar ancient towers have been preserved in other coastal cities: in the neighboring village of Praiano, in Amalfi, and its suburbs.

Positano is a popular seaside resort. There are several beaches here, both practically in the city center and in quieter coves. Marina Grande is the main city beach. From here, you have a stunning view of the bright houses of Positano, located on the slopes. The beach is quite noisy, there are many restaurants open even at night, beach sports grounds, and boat rentals.

Fornillo Beach is located one kilometer west of the main beach. This is a more secluded place where you can also enjoy a romantic kayak trip. You can get to Fornillo beach along a picturesque mountain path that starts near the main beach.

Arienzo beach is located on the opposite side of Marina Grande beach. It is Positano’s quietest and most secluded beach. A special secret staircase, consisting of 300 steps, leads to it. If you do not know where to stay on the Amalfi coast, you can rent small apartments or even a villa in the vicinity of the city.

The Second Day Journey along the Amalfi Coast

Rent a car and be sure to visit the magnificent island of Capri. It has always been associated with a refined luxurious atmosphere. Everything here is wonderful, including its climate, picturesque landscapes, and prominent hospitality. The island is only 10 square meters, but it would take a long time to see all the sights and visit all the entertainment venues.

The most popular beach on the island is Marina Piccola. It is remarkable due to the fantastic white sand, colorful playgrounds, diving schools, various cafes, and summer restaurants. The choice of entertainment options is great. There are many hiking and biking areas on the island. Tourists often take part in bicycle tours and excursions with a private guide in Amalfi.

Gourmets are recommended to visit the Buca di Bacco restaurant located in the center of Capri. Wine lovers will appreciate the Aurora restaurant, which has a wine cellar. In the Materita restaurant, you can taste the best dishes of Italian cuisine since it is simply impossible to imagine a vacation in Capri without tasting local specialties.

The main symbol of the island is the Blue Grotto (Grotto azzurro). It is a long chain of caves formed in limestone rocks. As the name suggests, the water in the cave is dark blue. A lot of curious myths are associated with this natural landmark. According to one of them, this ancient cave was a temple of nymphs.

In the southern part of the island, there is another important natural landmark, Giardini di Augusto. It is an incredibly beautiful park with an abundance of exotic plants and flowers.

As for historical sites, Villa Jovis is the most interesting one. This luxurious villa once belonged to Emperor Tiberius. The building has been preserved well to our days and gives a complete picture of the former splendor of the Imperial Palace. The architectural monument of the last period is Villa Malaparte. It is located on a high cliff in Punta Massullo. This red brick building looks very impressive in the landscape of the sea.

The Third Day Journey along the Amalfi Coast

Dedicate the third day of your trip along the Amalfi Coast to Amalfi. This is the main city that gave its name to the coast. Amalfi is the heart of a protected corner of nature. This is one of the most popular resorts visited by the tourists, as many historical values ​​and beautiful beaches are concentrated here. Mid-September for the resort is the end of the tourist season. Despite the surprisingly warm and sunny days, tourists are slowly leaving the local hotels. At this time, you can relax peacefully in the shade of fruit trees and flowering shrubs.

The city is known as a place of pilgrimage to the relics of St. Andrew the First-Called, which are kept in the Cathedral. Amalfi has preserved the structure and atmosphere of a medieval city with amazing tunnels of narrow streets, centuries-old steps carved into the rocks, ancient churches, and small squares.

The coastal zone is decorated with mountain slopes, deep gorges, picturesque bays, sandy and pebbly beaches, as well as rows of vineyards. No wonder this coast is considered one of the most beautiful places in the world. In addition to exciting excursions and the beach, Amalfi has all the conditions for outdoor activities. Horseback riding, sailing, as well as various sports fields – all this will allow you to get to know the area better and plunge into its life.

Acquaintance with the sights of the Italian town of Amalfi is worth starting with the Cathedral di Sant’Andrea, built in the 11th century, during the heyday of the Amalfi Republic. This is a real complex of buildings, the core of which is the northern basilica with an altar.

The next attraction of the town is the Paper Museum. At one time, local craftsmen made expensive paper that was used exclusively for official documents. Rare books that were made from the most expensive samples of the local paper are also stored here.

The Fourth Day Journey along the Amalfi Coast

Excursions make the recreation much more interesting and varied. On your own, you won’t learn much information from guidebooks. Besides, it’s not as exciting as when a sociable guide tells facts and stories about local attractions that are not even mentioned in guidebooks. We recommend choosing and going on at least one excursion in Pompeii, there will be plenty of good impressions from your vacation.

Here is a great video on how to relax in Pompeii:

Pompeii is an ancient Roman city located near Naples. In August 79, as a result of the eruption of Mount Vesuvius, it was buried under a layer of ash. Today, the city is an open-air museum listed as a UNESCO World Heritage Site. One of its main attractions is the Basilica, built in 121-78 BC. Initially, it acted as a covered market, and with the beginning of our era, it became a courthouse.

The House of the Faun is one of the largest private buildings in the ash-covered city. Inside the building, there is a mosaic battle between Alexander the Great and the Persian king Darius and a figurine of a dancing faun, which gave the building its name. 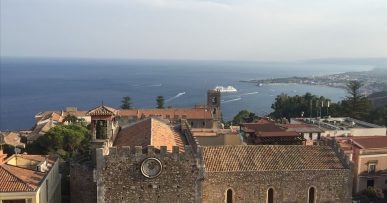