Andalusia and the surroundings 💃

Andalusia and the surroundings 💃

We already had trips along the “dream route”, when traveling around the region, and arriving at a specific point, you decide on the spot whether to stay in a particular place. But this trip was remembered by a huge number of different impressions. After all, Andalusia is a region where different traditions have historically intertwined, leaving their traces in the modern representation of local cities. Andalusia consists of eight provinces: Almeria, Cadiz, Cordoba, Granada, Huelva, Jaen, Malaga and Seville. Even the name of this region comes from the Arabic “al-Andalus” (that’s how Muslims called the Iberian Peninsula in the Middle Ages), which indicates the complicated historical path of Andalusia.

According to Wikipedia, in the 8th century AD, Muslims conquered almost the entire Iberian Peninsula. Relatively peaceful conquest was achieved through agreements with the rulers of certain regions and cities, which in exchange for the recognition of themselves as lieges of the Caliph in Damascus preserved not only land and property, but also the opportunity to continue to follow Christianity. The religious tolerance of the conquerors allowed such different cultures and religions to exist side by side for centuries. Therefore, a trip to Andalusia leaves a contrasting impression-the traces of these civilizations intertwined in the modern form of local cities.

The first point in our route was Alicante (simply because there were tickets at a good price). It is a fortified settlement on the site of a fishing Harbor founded by the Carthaginian commander, which used to be visited by the ships of the ancient Greeks. We did not study the city itself in detail, because my husband caught a cold, and he had to spend most of the time in the hotel. And I would not explore the neighborhood alone. So, having recovered a bit, we rented car with Booking Auto and moved towards Valencia. 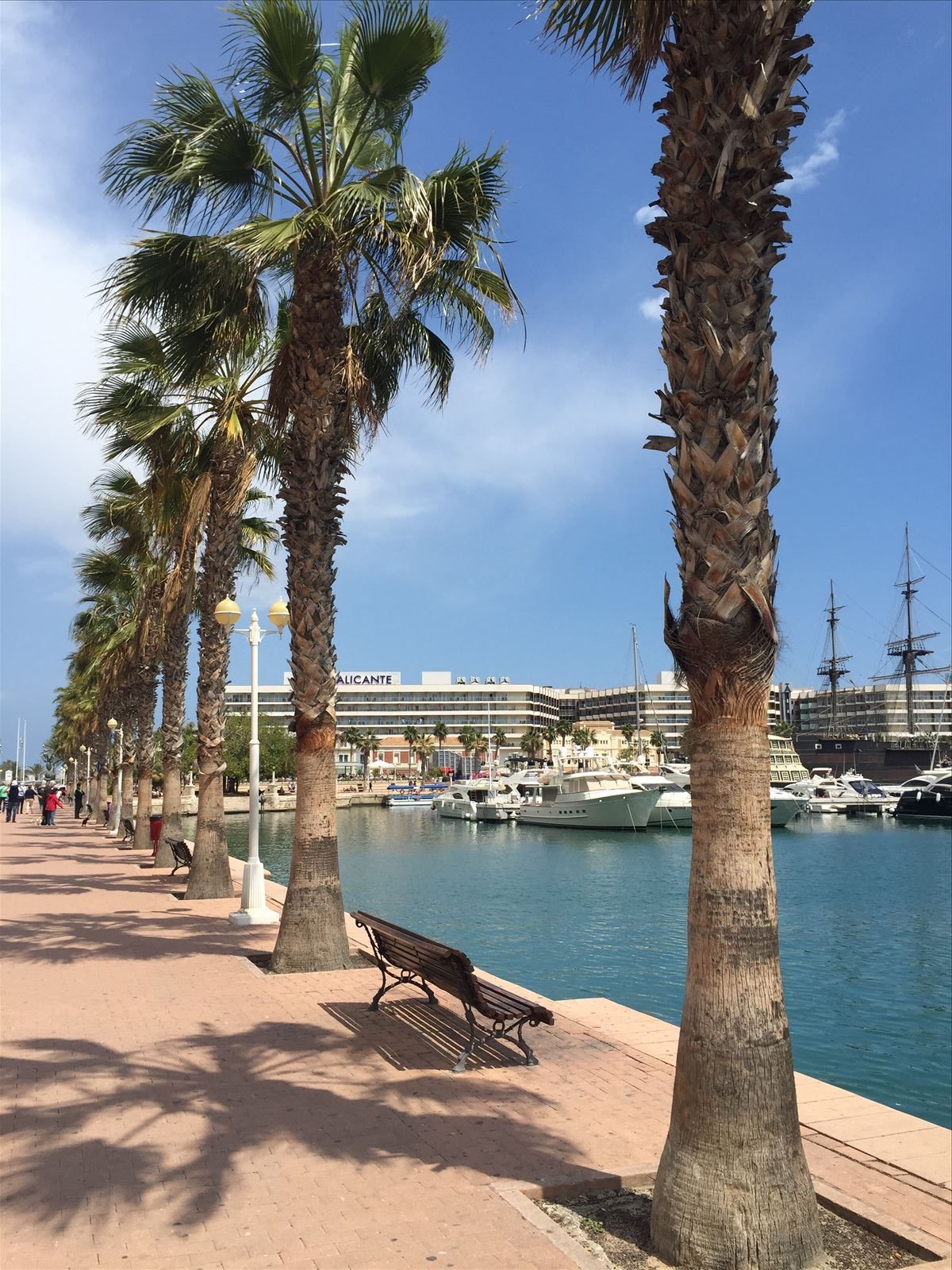 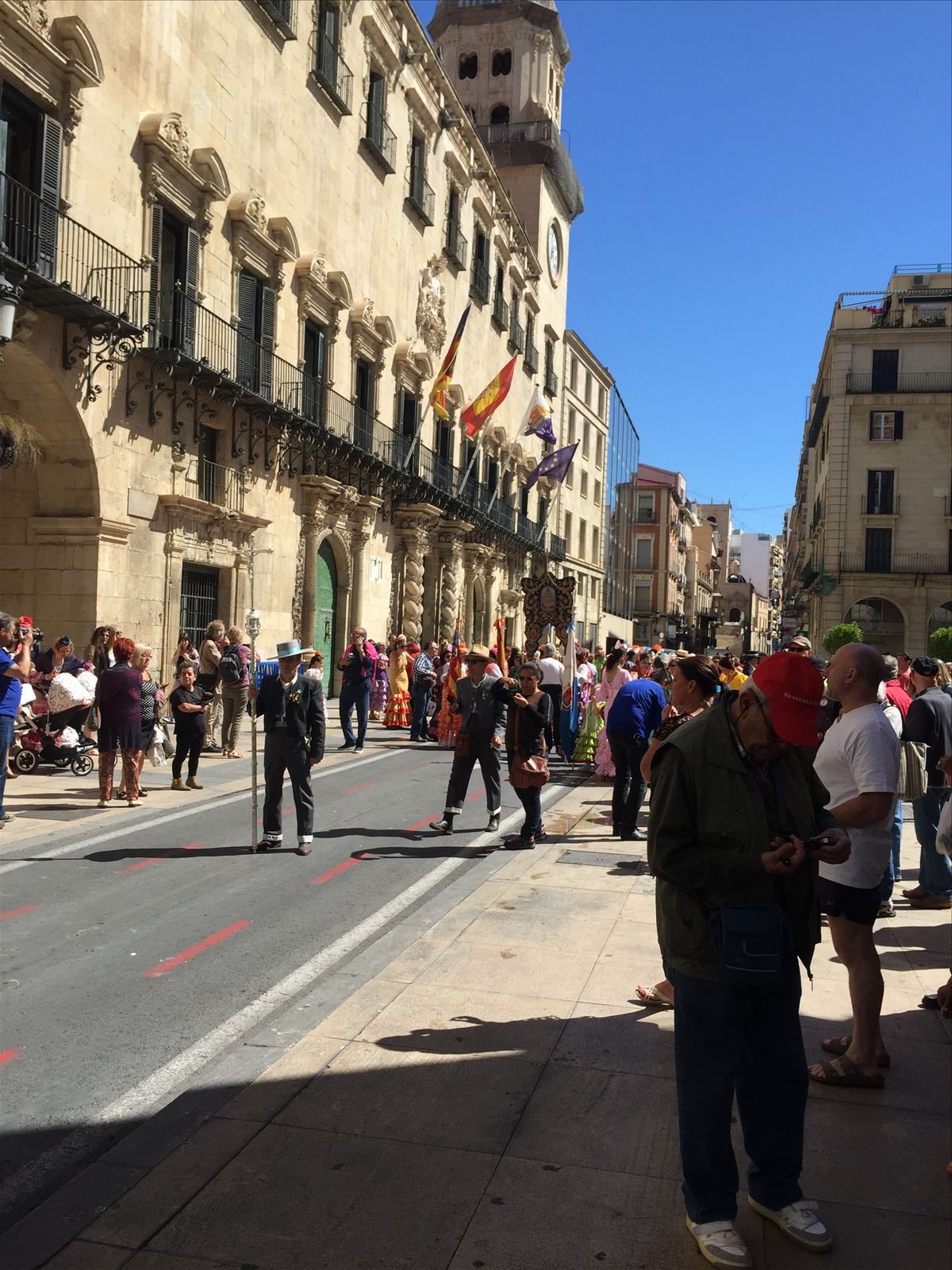 Valencia is the third most populous city in Spain (after Madrid and Barcelona) and the center of the province of the same name. The city was founded by the Romans in 138 BC (!!!), although there were settlements of the Greeks and the Carthaginians in that area earlier. In addition to the historic center, the city has extensive residential areas and industrial enterprises. The Valencian aquarium is definitely worth a visit – it is located next to the “city of arts and Sciences”, which is also worth a visit – it is located in the old riverbed, which was forced to change because of the frequent floods. The historic centre has many attractions, and the local Cathedral is believed to have The Holy Grail. The city left the most pleasant impressions – it is a bright, beautiful historical monument with a pulsating rhythm of a big city. 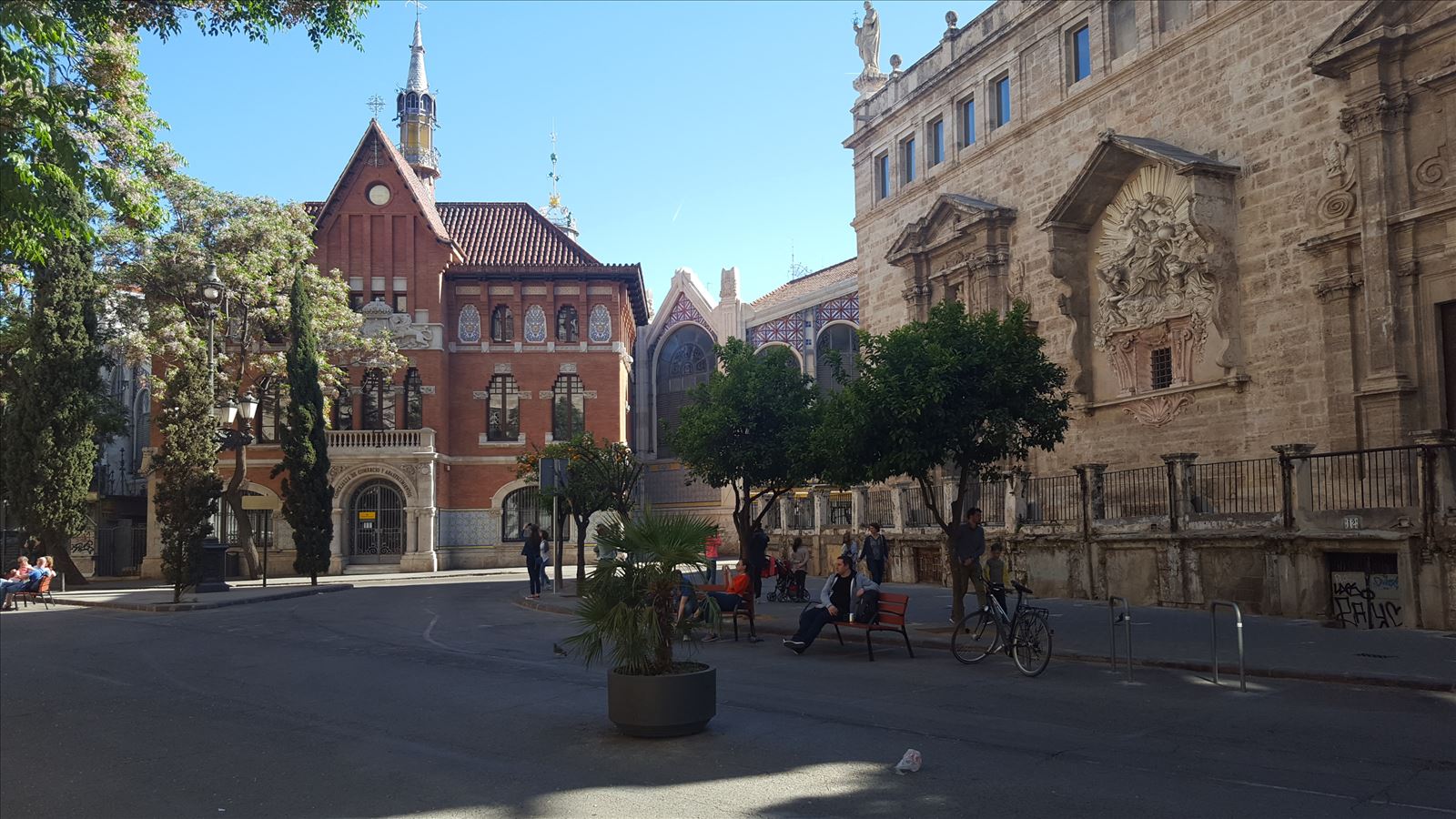 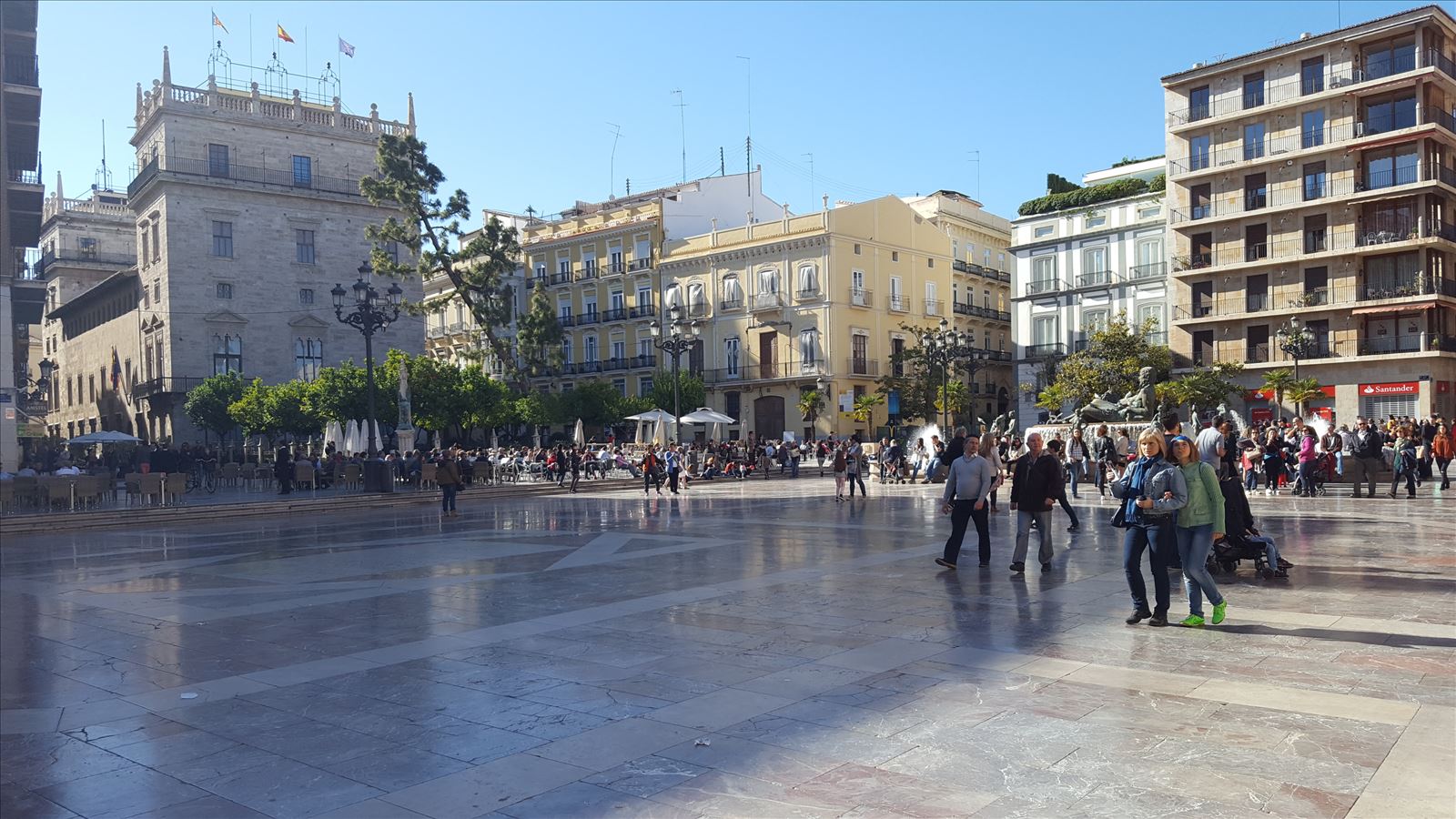 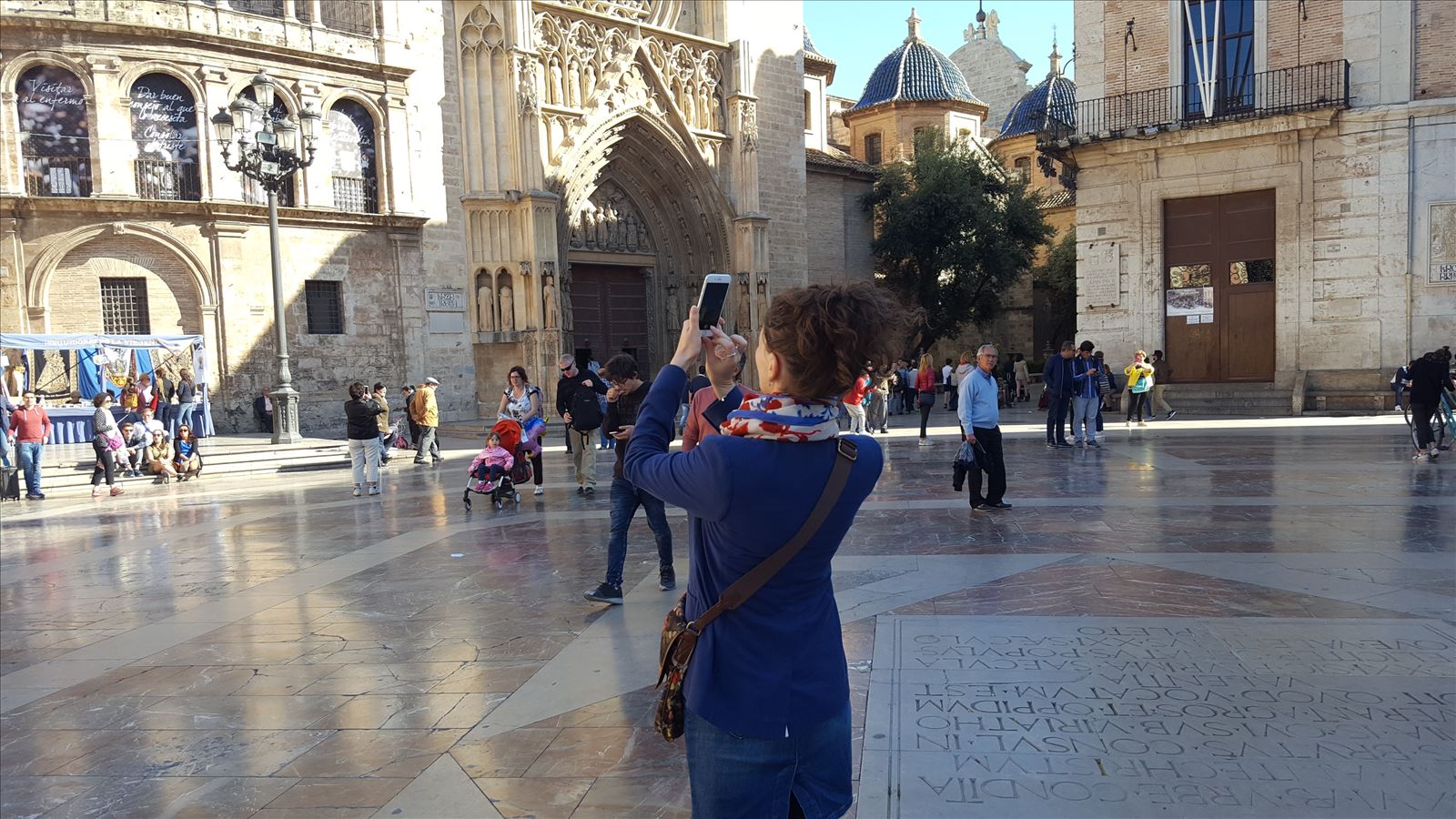 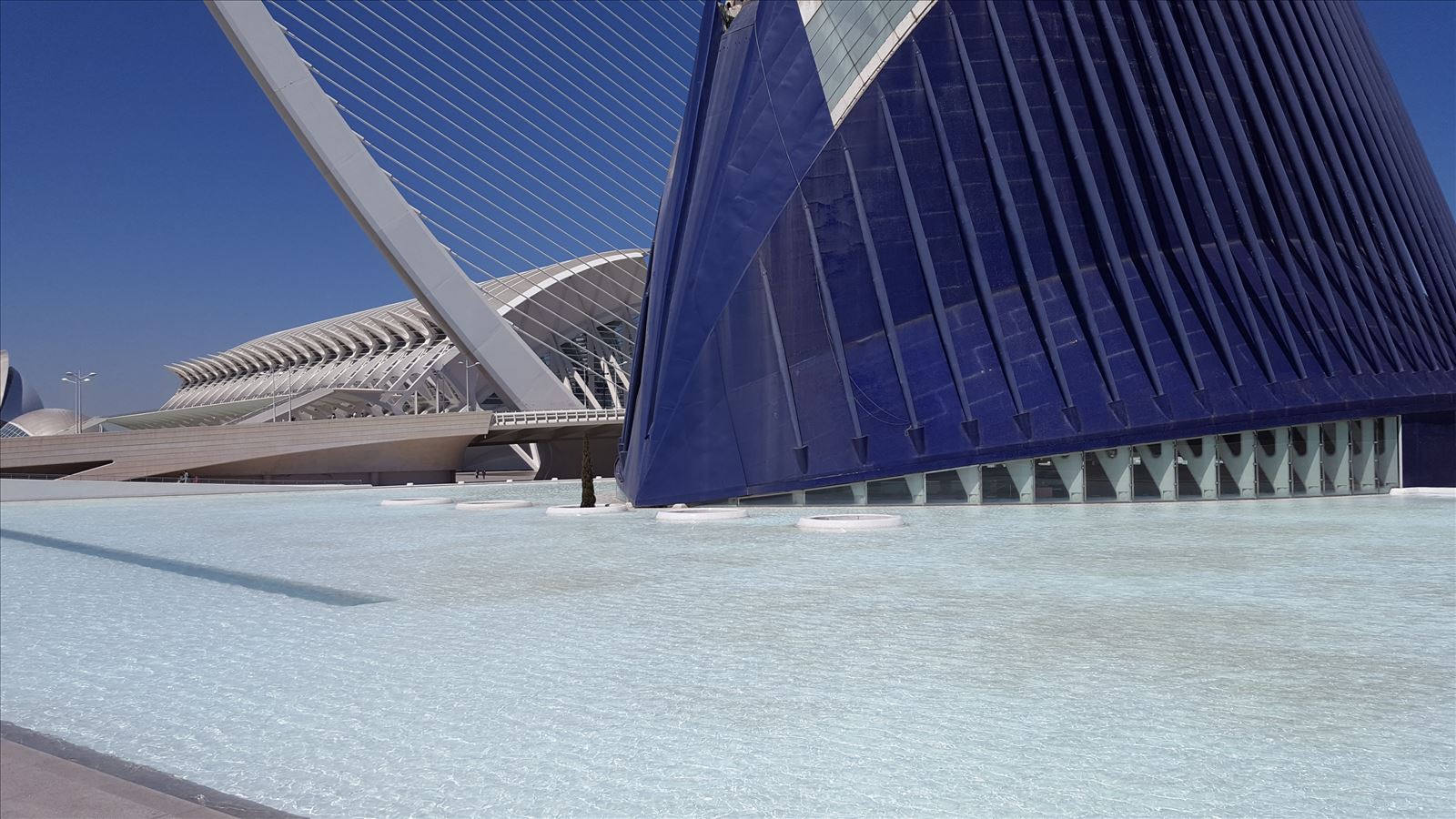 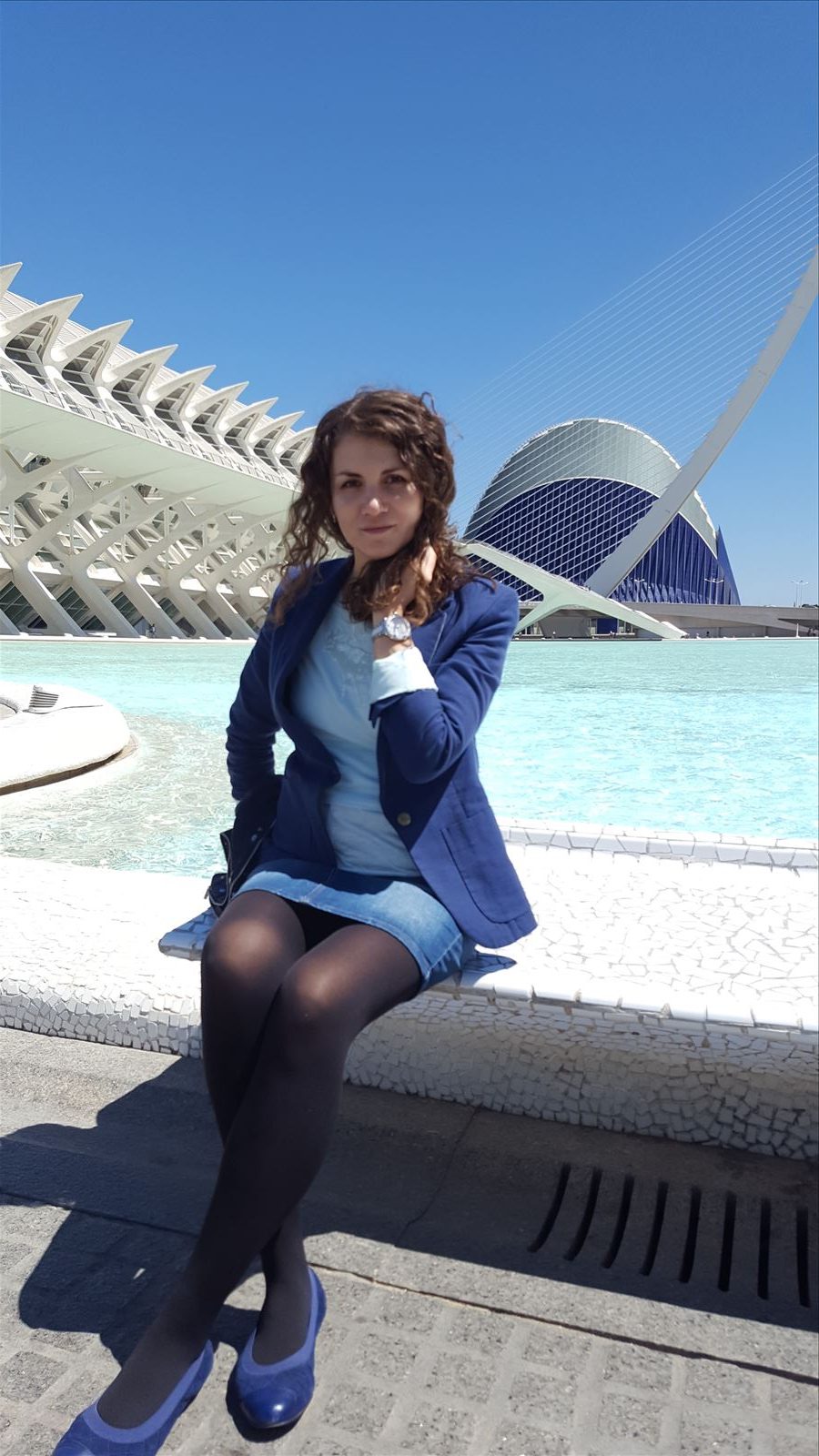 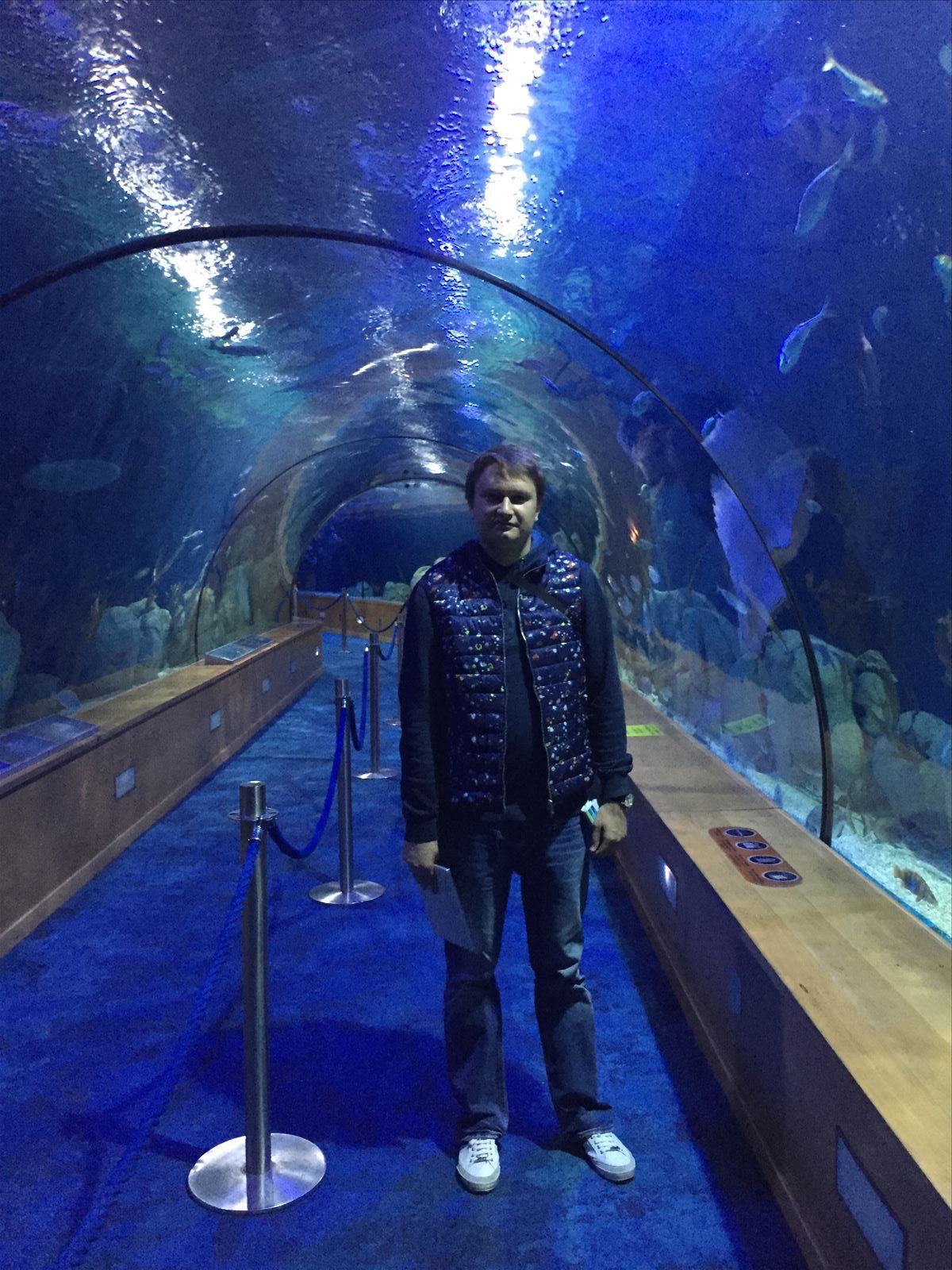 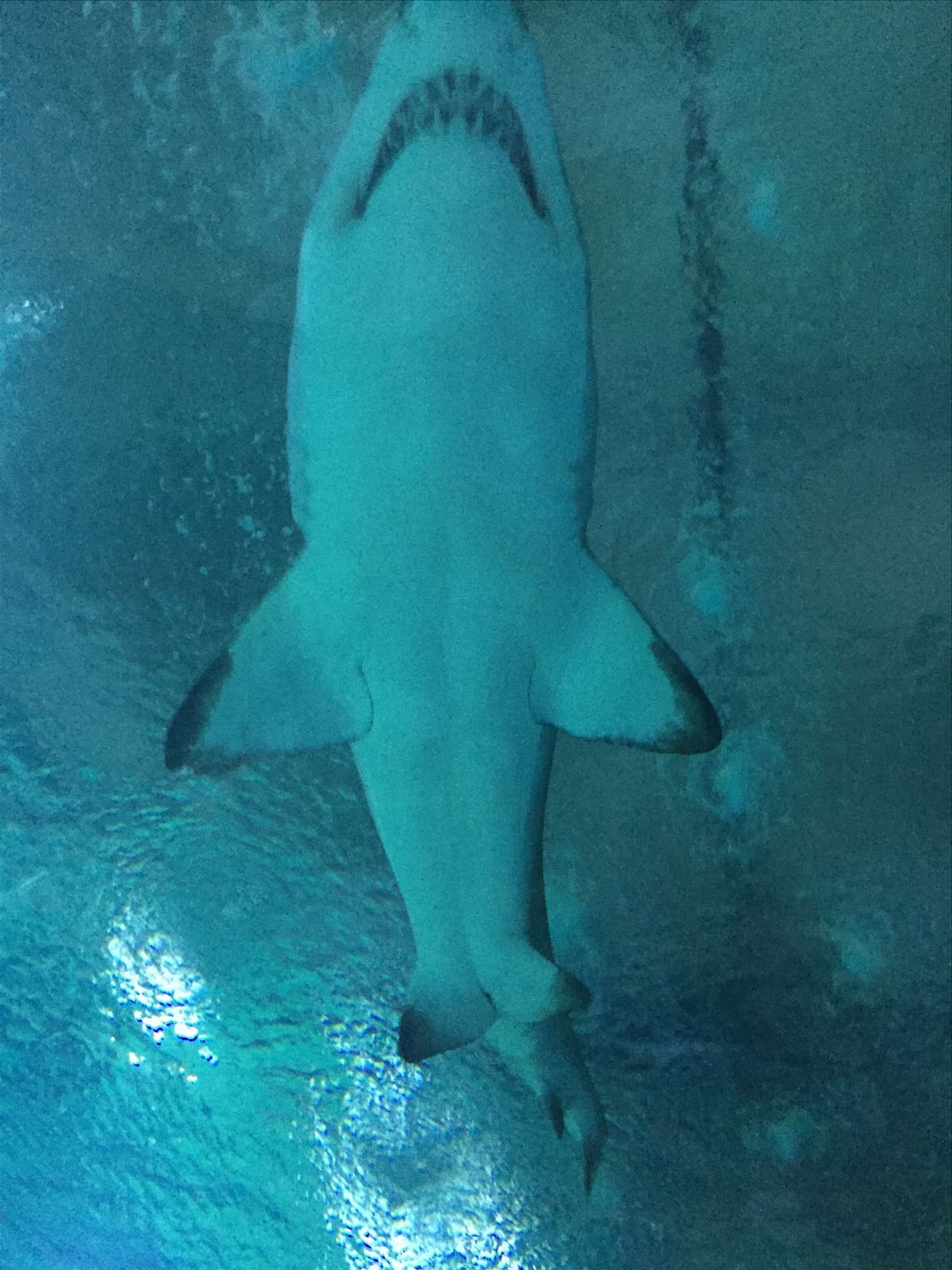 Given the weather (it was a bit capricious at that time), we decided to go to the neighboring region and visit Benidorm, as well as stay overnight in a small town nearby – Guadalest. Benidorm Resort in the “off-season” looks quite different – the streets are spacious and free, wide deserted beach has a leisurely walks, and in the local cafes and restaurants at home cozy , and friendly owners are trying to make the stay in their places especially pleasant. 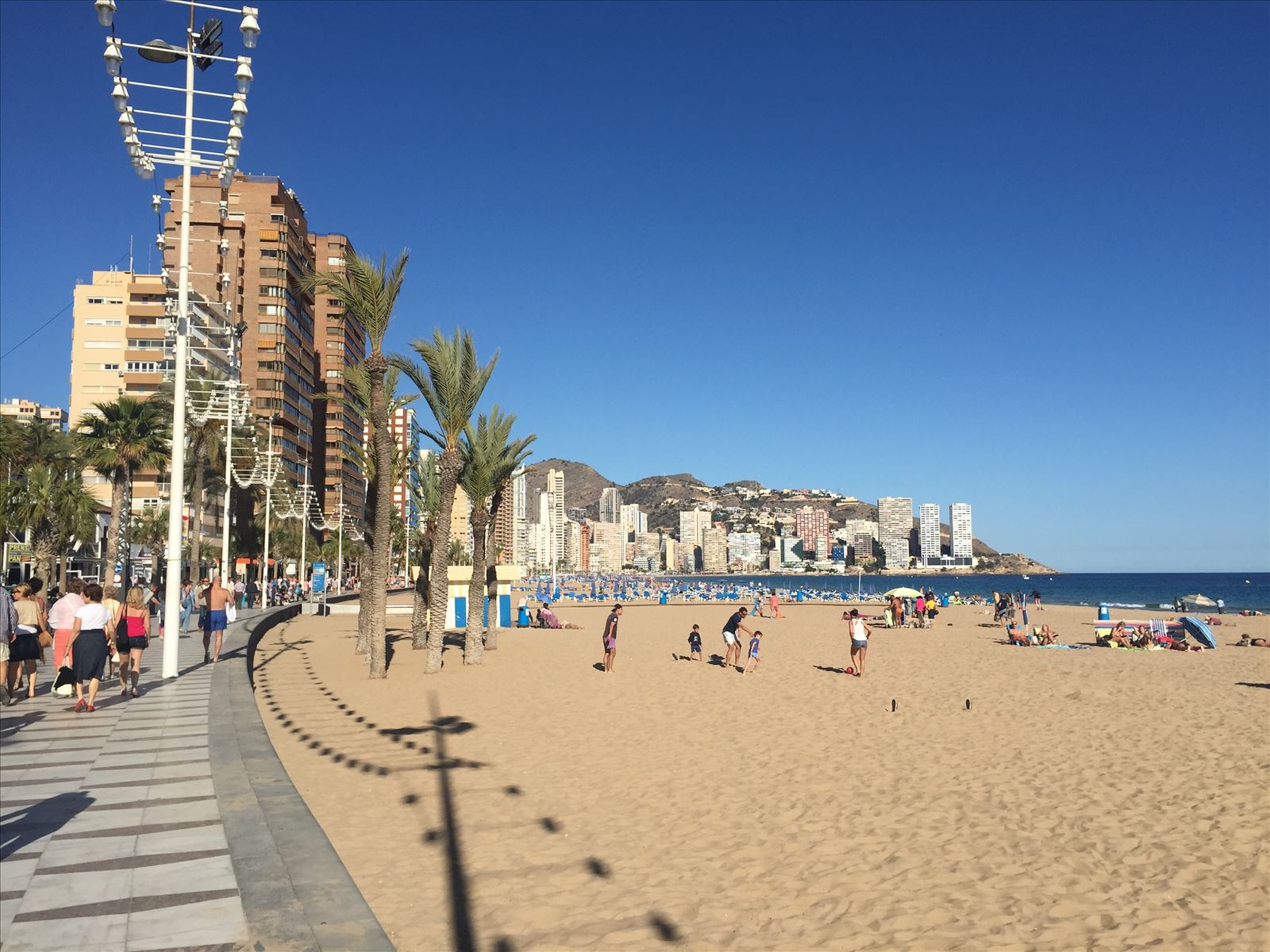 Next was Guadalest. A small town, located around the castle of the same name, from the observation deck of which you can see the highest mountain ranges of the province of Alicante. I can’t help but mention the hotel Cases Noves in Guadelest that we stayed at. It may have nothing remarkable, but we have not experienced such a sincere service for a long time. The family business, in this case, gives special features to the guests stay – from treats in the lobby, to breakfast on the amazing terrace overlooking the castle – everything the owners did for us was nice and cozy. There are orchards around the castle, and at the bottom of the valley there is a lake with azure water. We decided to visit it by car, and had a funny incident. 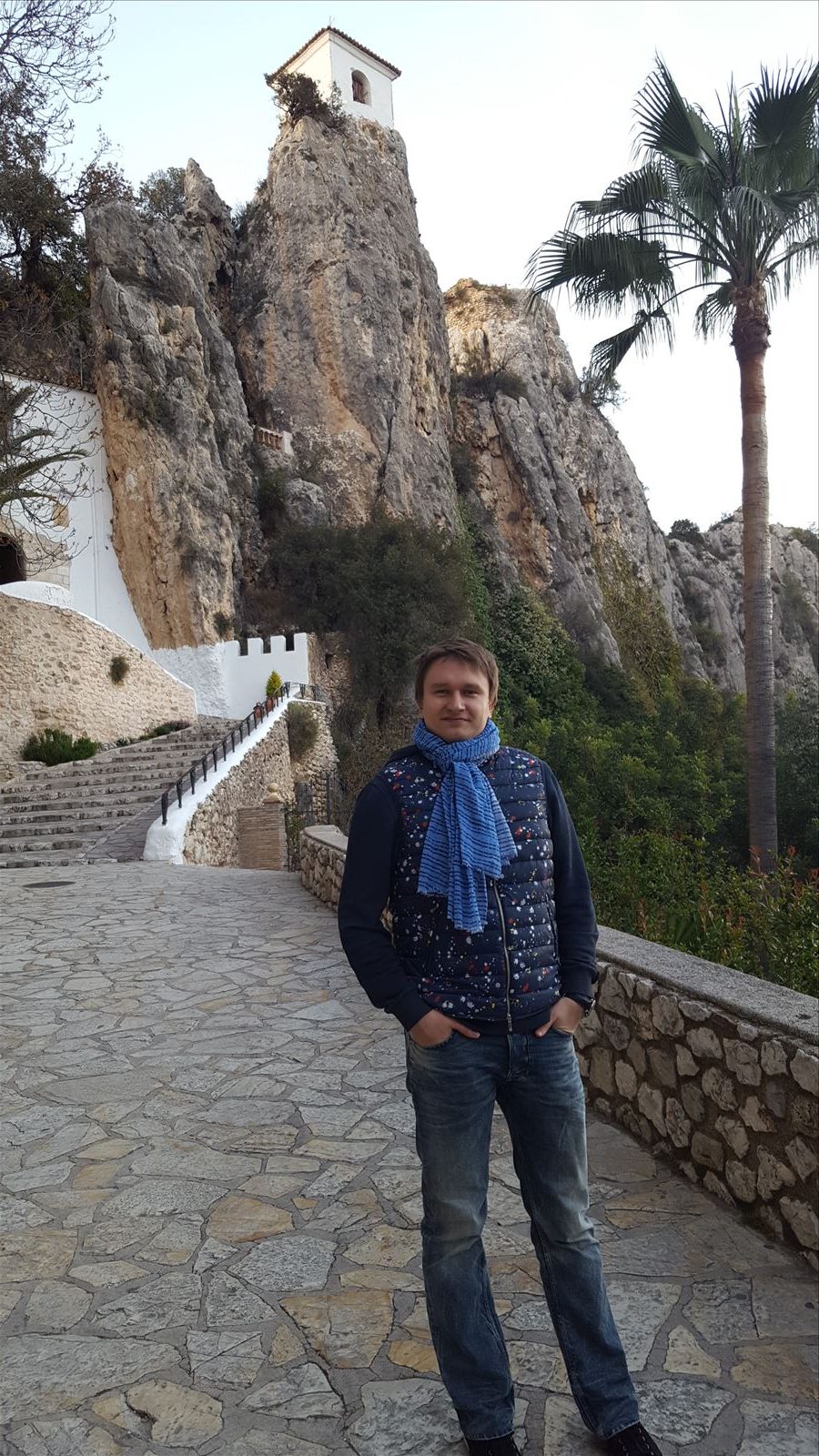 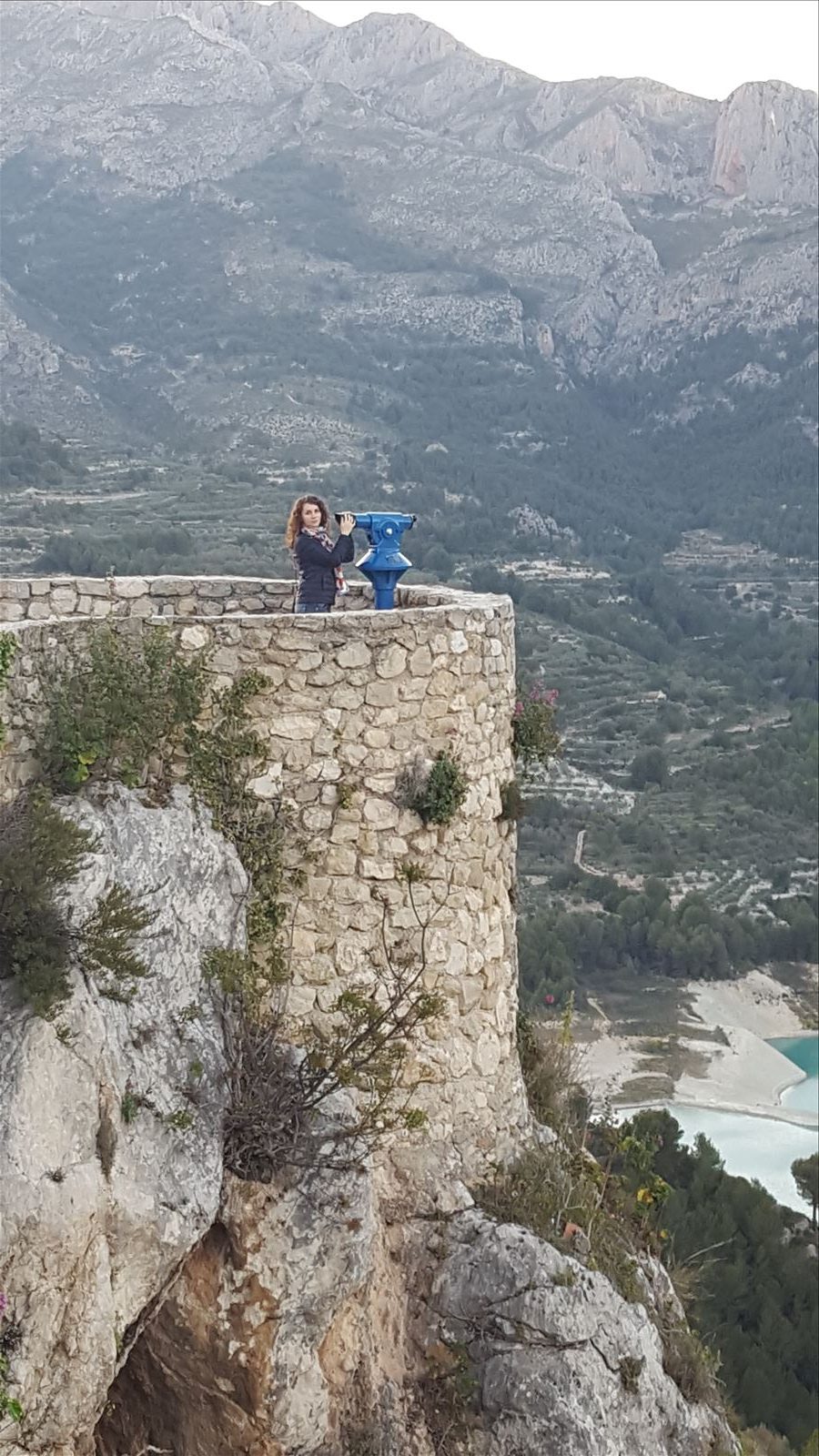 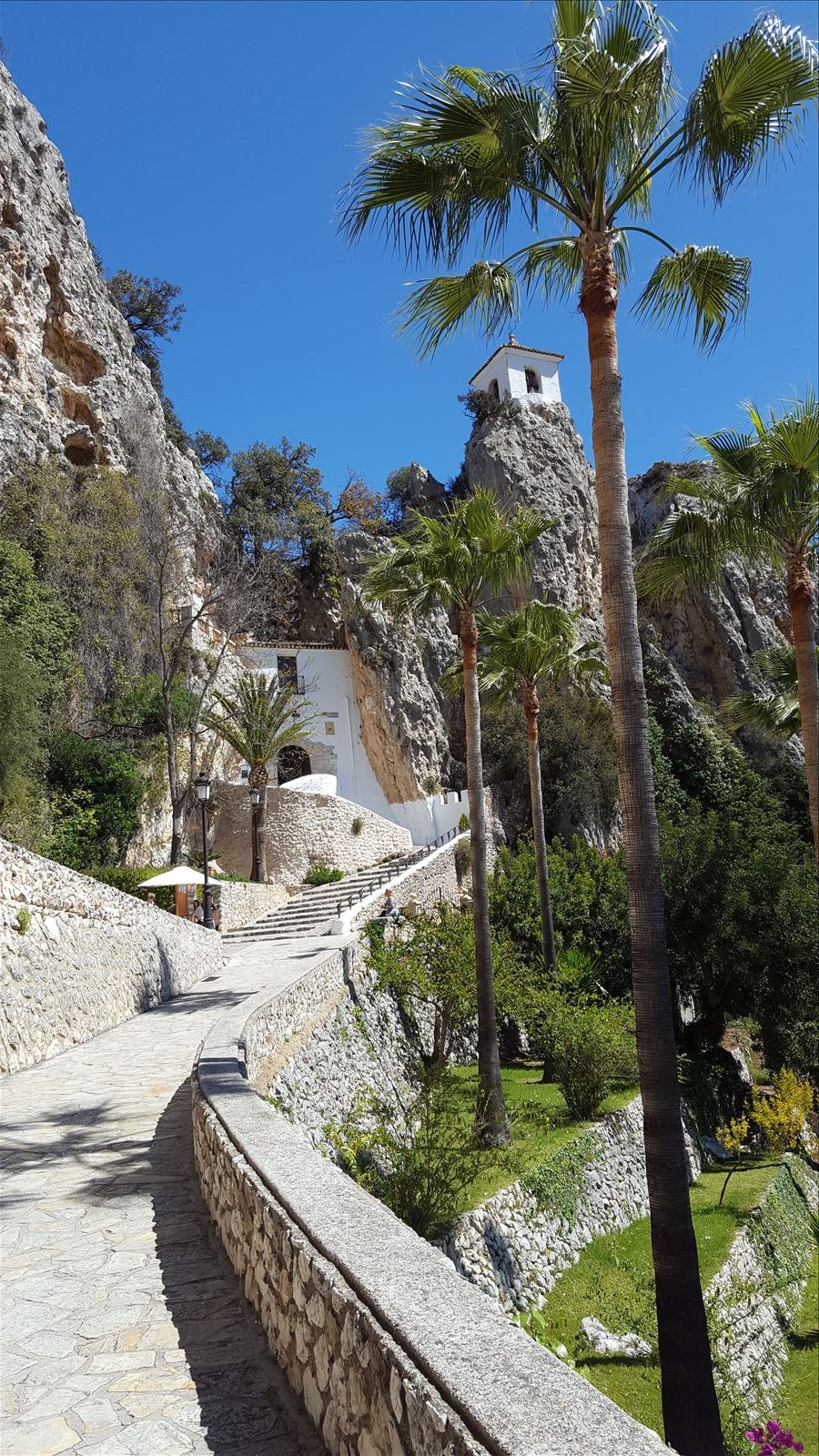 As usual, we found a point in the map and built a route on our navigator. The navigator confidently led us along wide paved roads, then-on a narrow mountain serpentine, then on a dirt road. When it said “follow this road for 1 kilometre”, when we were in a middle of a forest with a stream running ahead of us, we started doubting… So we never reached the lake. And moved further in the direction of Granada and Seville (I will write a separate post about these amazing places, they are too good!). 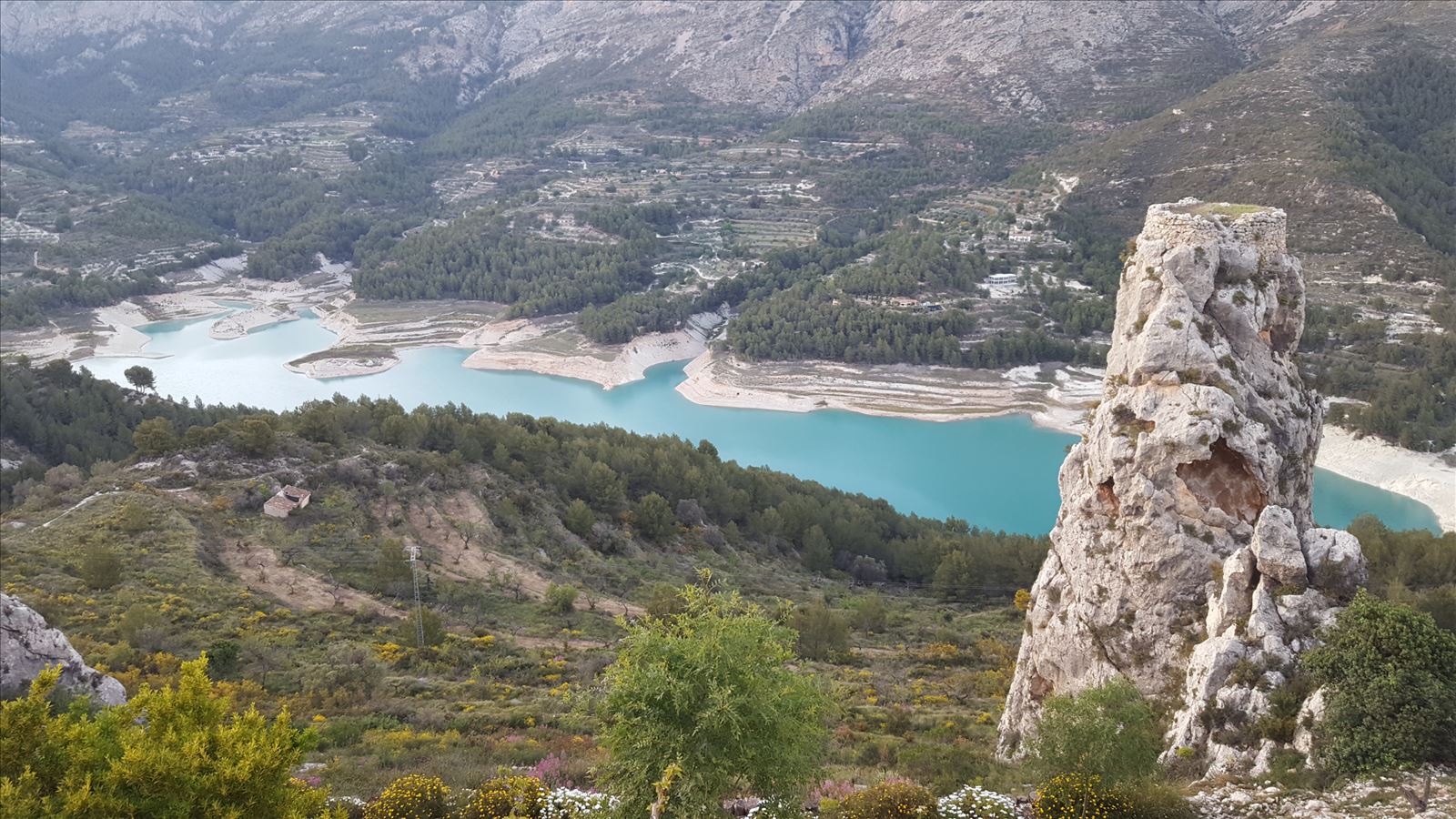 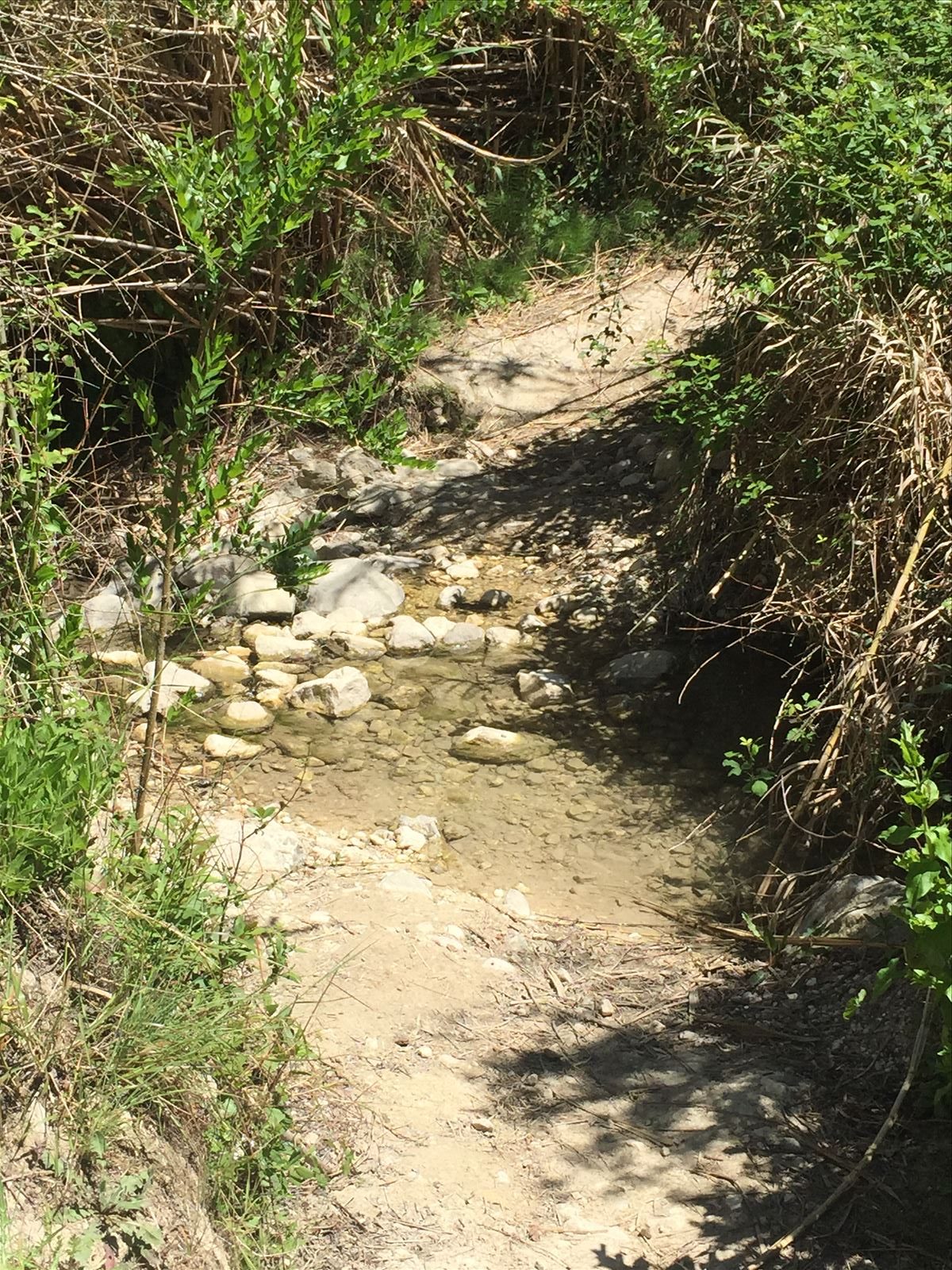 On the way we stopped in the city of Murcia. The city was founded by the Cordoba Emir in the 9th century ad and had an extensive network of irrigation canals near the Segura river, which predetermined the development of the agricultural sector in its vicinity. And, at present, the Segura river is considered one of the most polluted in Europe, which, of course, does not prevent tourists from visiting the city and taking pictures of its historical center. 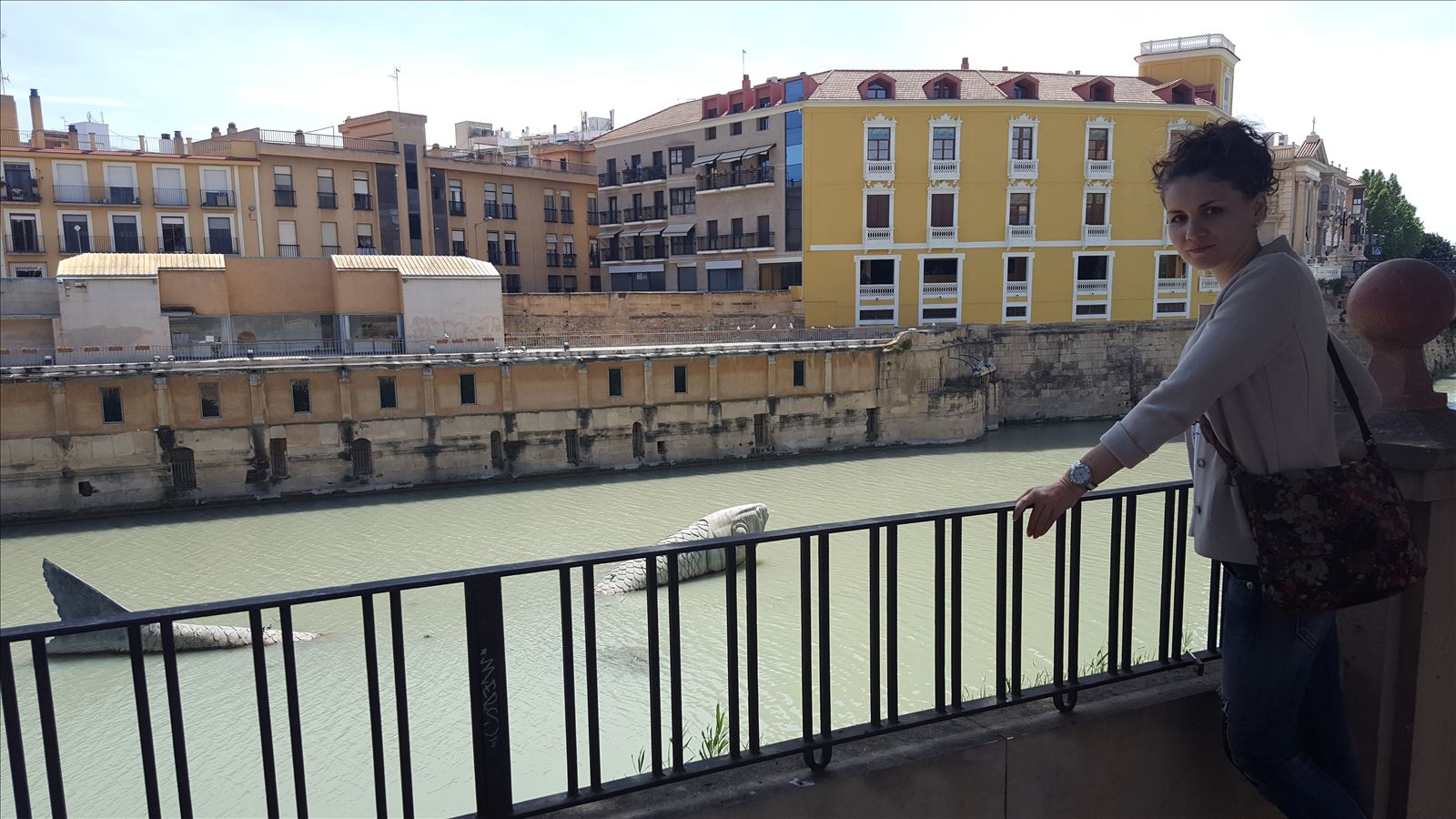 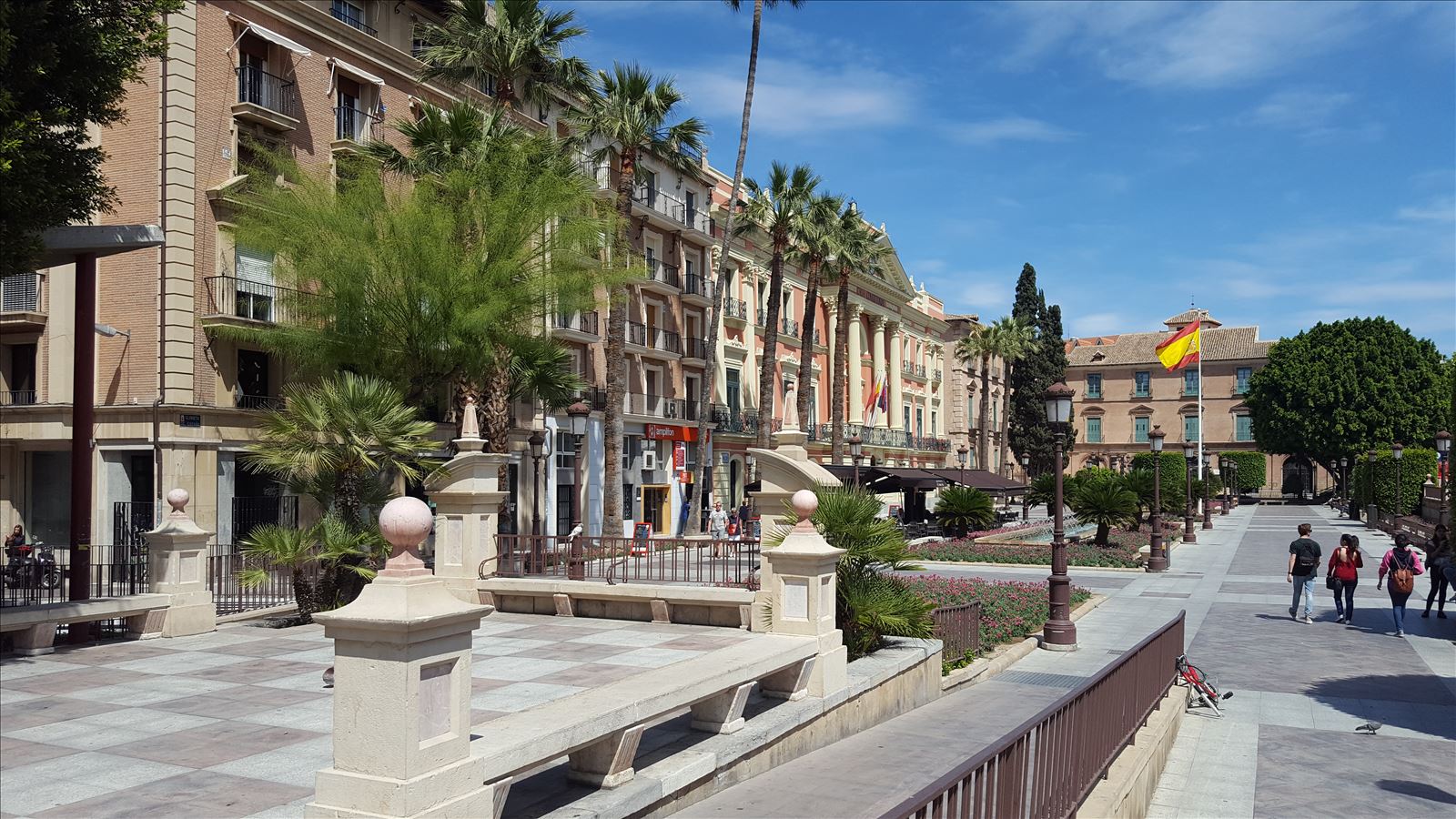 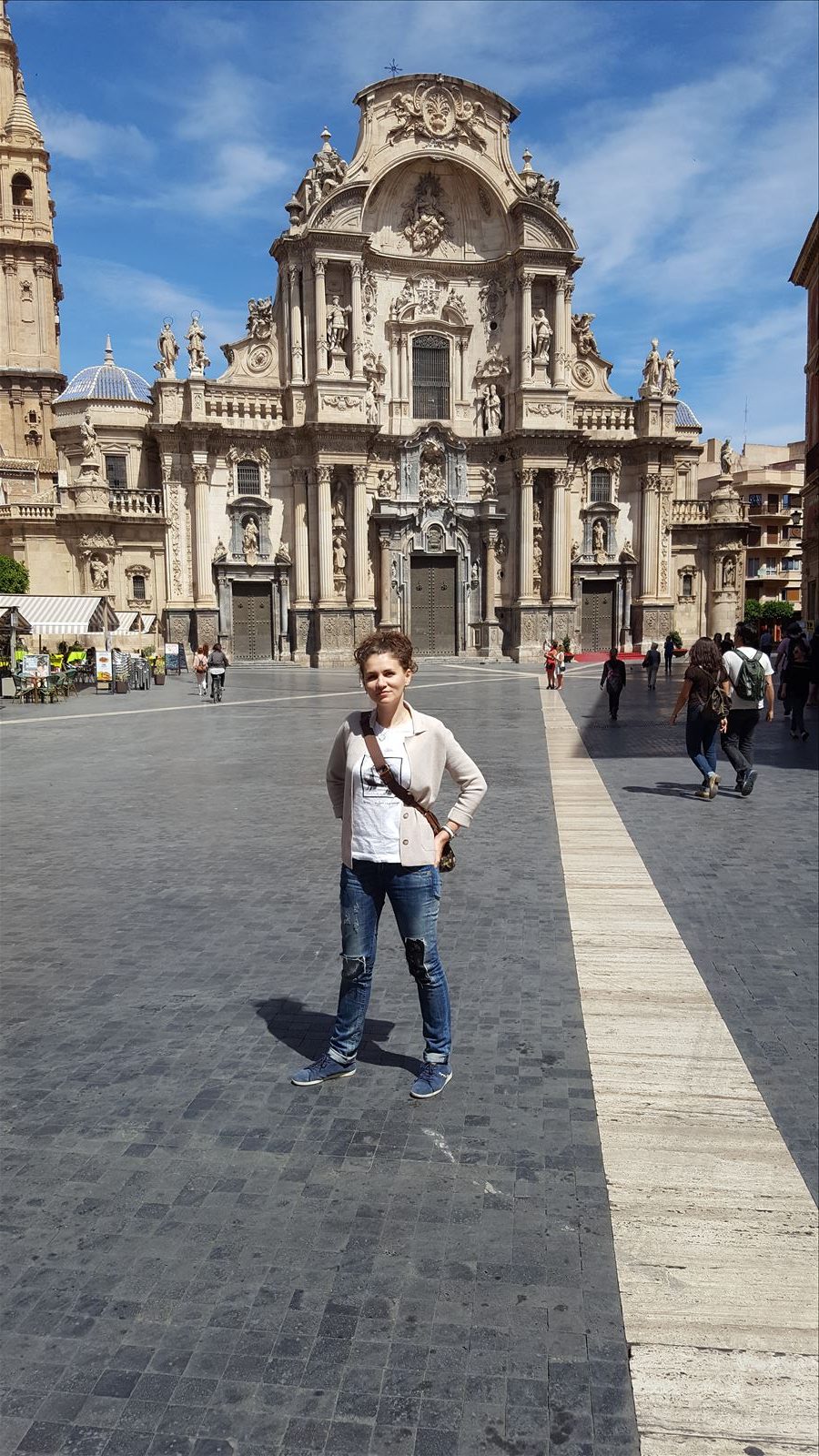 Along the way, we visited Safari Park Aitana, where wild animals are in the natural habitat – giraffes, elephants, hippos. There is even a separate area with predatory cats – lions, tigers and others, which you can drive by car (with closed doors and windows!). We spent a few hours in that park – it’s that cool. You can feed the giraffes and elephants with your hands, all sorts of ponies, mountain goats and donkeys walk around. The park is quite large, you need to move around it by car from one point to another. There were other tourists with us, led by the park staff that had animal food in the car. And so our procession was followed by a caravan of animals, asking for food. Giraffes, for example, have no shame – they used their natural advantage and reached into the car for food. I highly recommend the place, it’s really worth a visit. 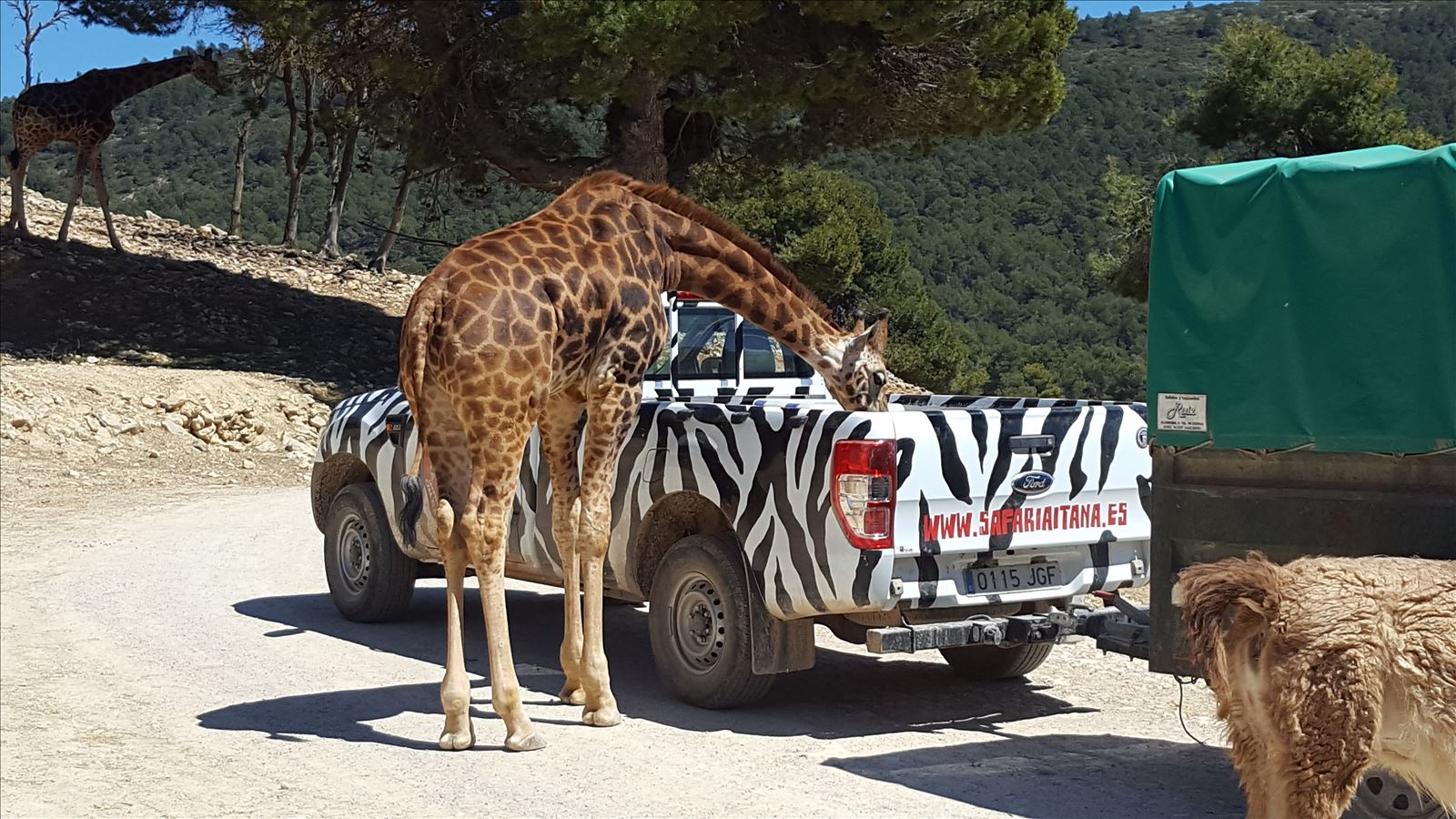 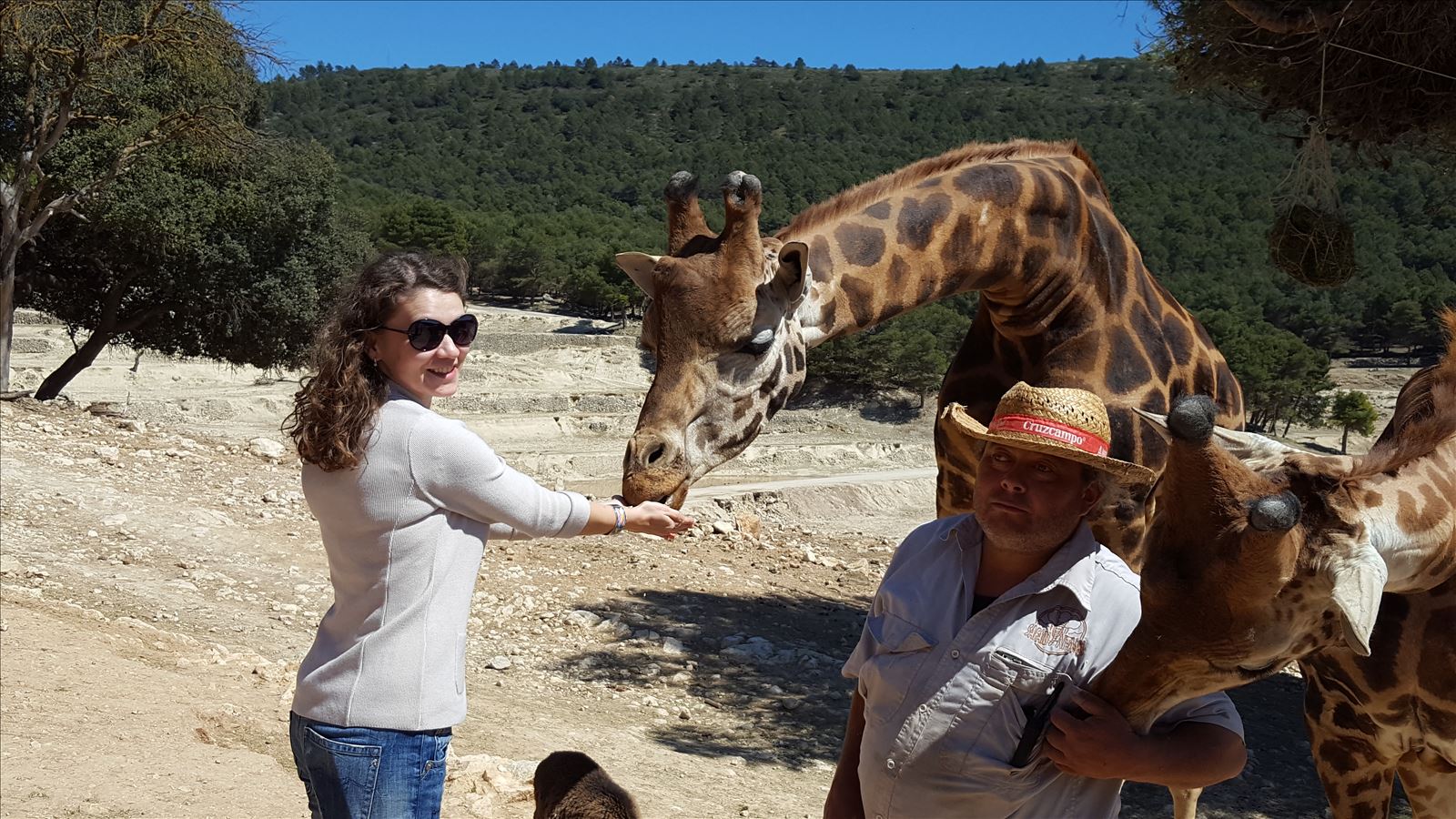 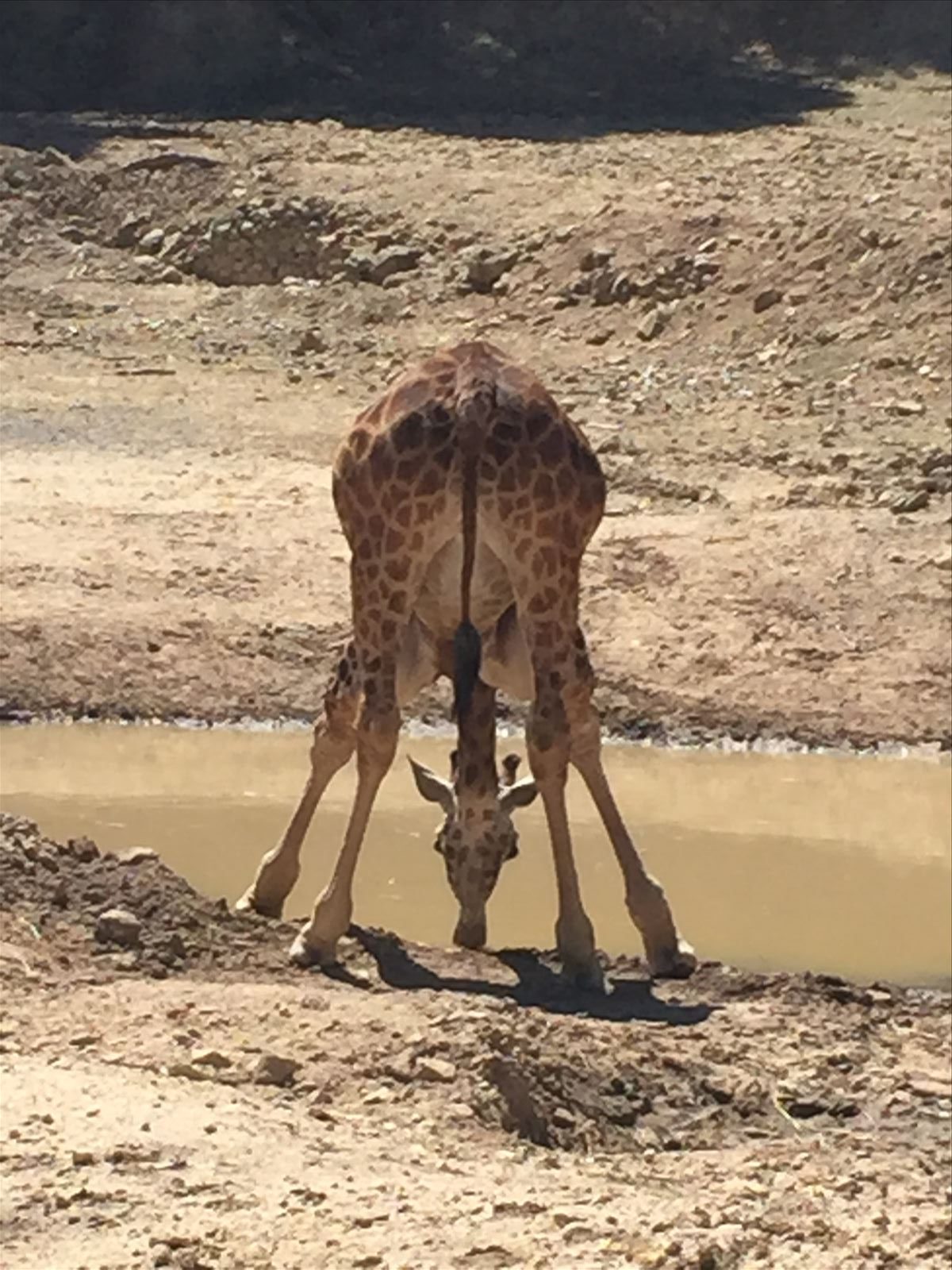 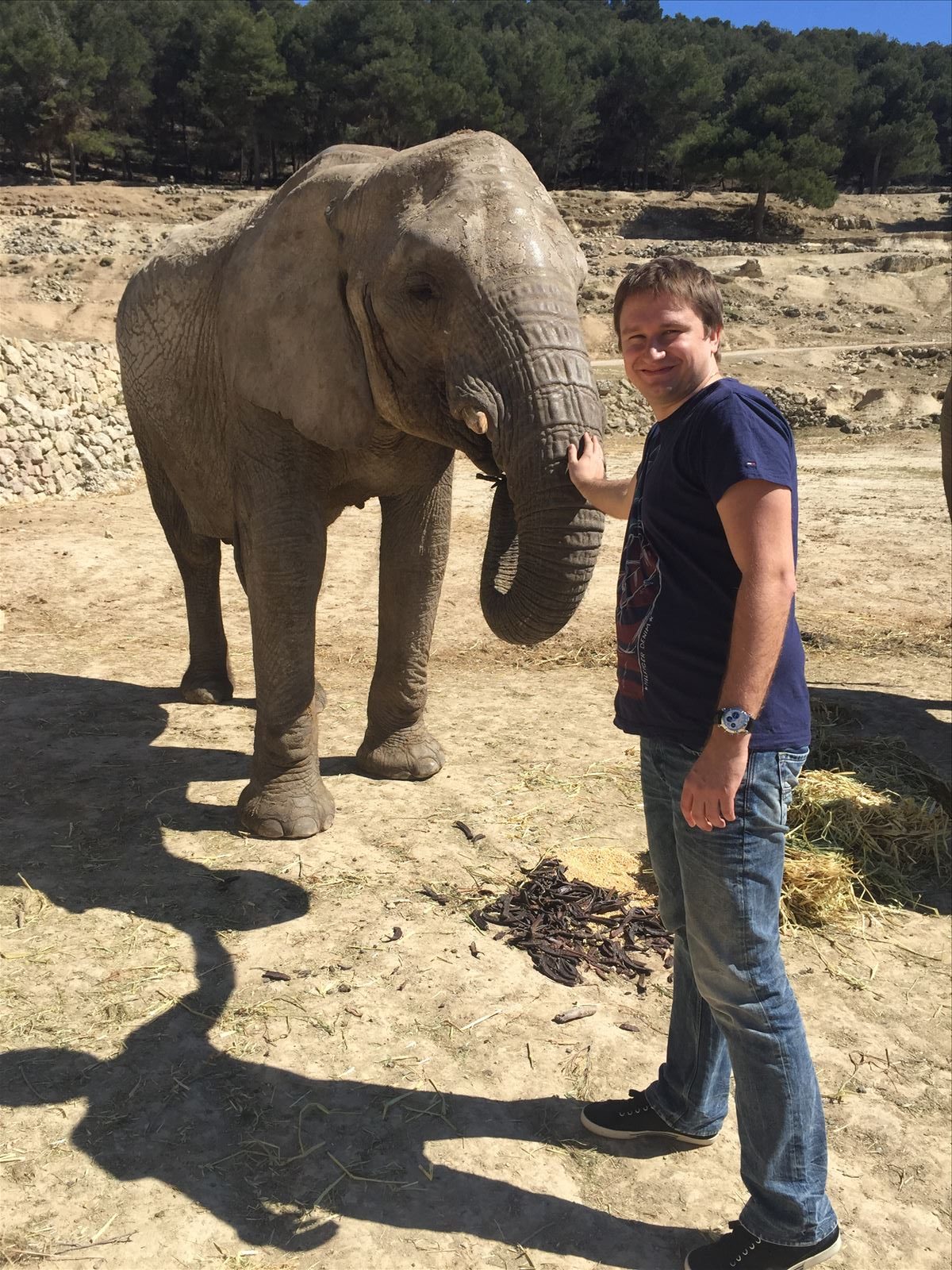 Next we visited Granada, Seville and Rhonda, and I wrote separate posts about each of these wonderful cities, as they make a strong impression. After that we went to Cordoba, the capital of the province of the same name, founded by the Romans. The main attraction, the Roman bridge, connects the areas of the Holy field of martyrs and the Cathedral. On the South side of the bridge is the defensive tower of Calaorra, the oldest fortress in the city, on the opposite side – the gate of Puerta del Puente. And the historical center, filled with tourist shops, restaurants and cafes. There was a funny incident with the hotel. We went to bed, turned off the lights in the room, and suddenly we hear – in the dark in the corner people are whispering. So scary! They are waiting for us to fall asleep! We turn on the light – there is no one. We found the door to the next room, but it’s locked. And the whisper of strangers turned into an anxious cry in English, in and they don’t know what to do. It became clear that the walls in this hotel (it was 5-star) are not even cardboard, but paper, so you can clearly hear even the whisper of neighbors. 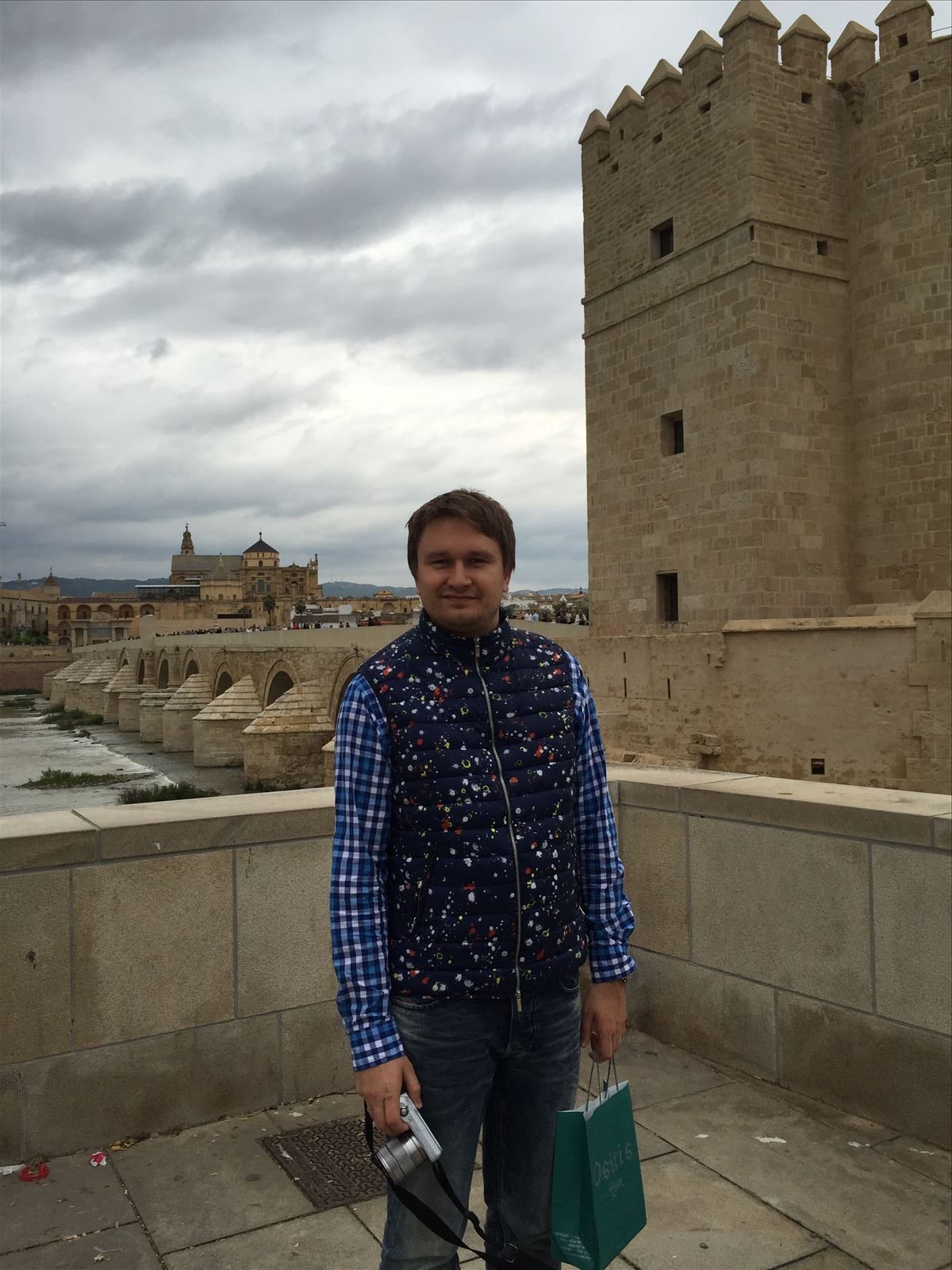 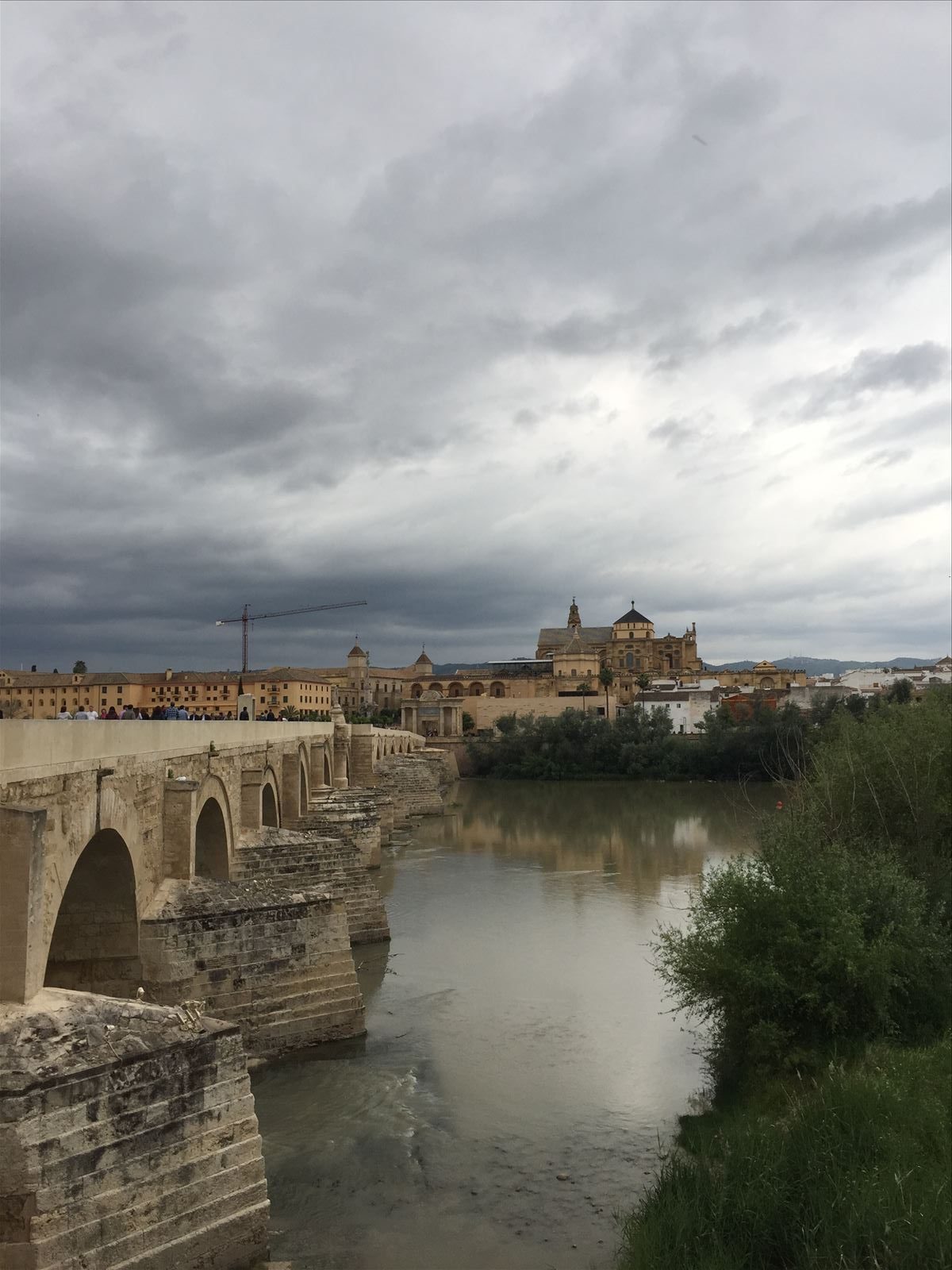 At the end of the trip we visited Malaga, but to be honest, it did not really impress us. It’s a typical tourist city (although, of course, there are residential neighborhoods as well). We spent the day there, and decided to move further. The last place in our route was a visit to Caminito del Rey (“Royal trail”) near Malaga. This construction represents the hinged road over the gorge in mountains fixed by iron designs at high altitude. Its length is about 3 kilometers, the width of the trail – about 1 meter. It was originally built in the early 20th century for the workers who built the dam. Its opening was visited by the king of Spain, passing along this path. In honor of this event it was called El Caminito del Rey. To get directly to the trail itself, you need to overcome a few more kilometers over rough terrain. You need to be a part of a group to go there, and get special equipment. We had so many impressions – in some moments, even the most persistent of us felt an uncontrollable fear of heights. And soaring high eagles seem to be quite close. This point of the route is definitely recommended to visit if you are in the region. 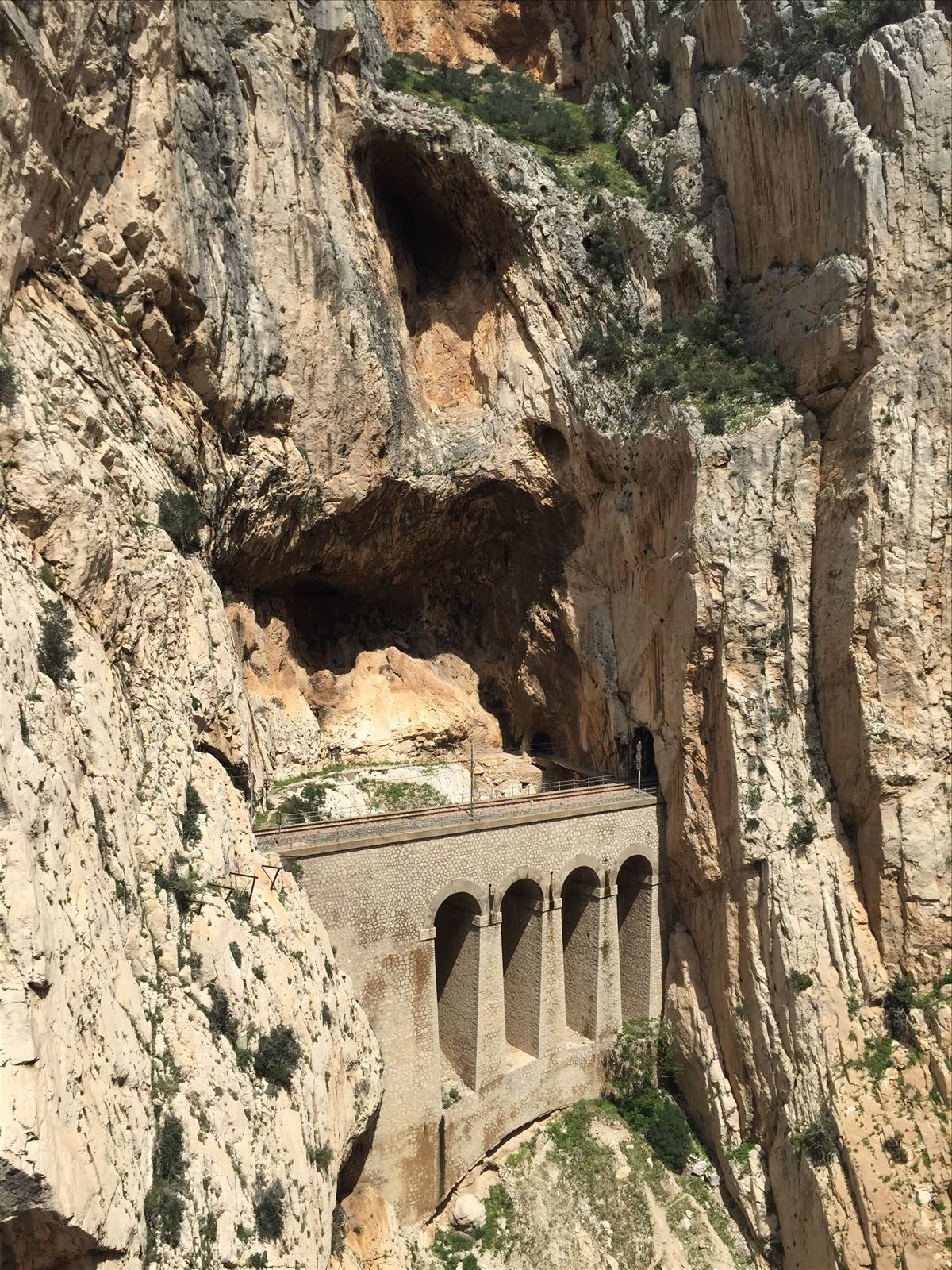 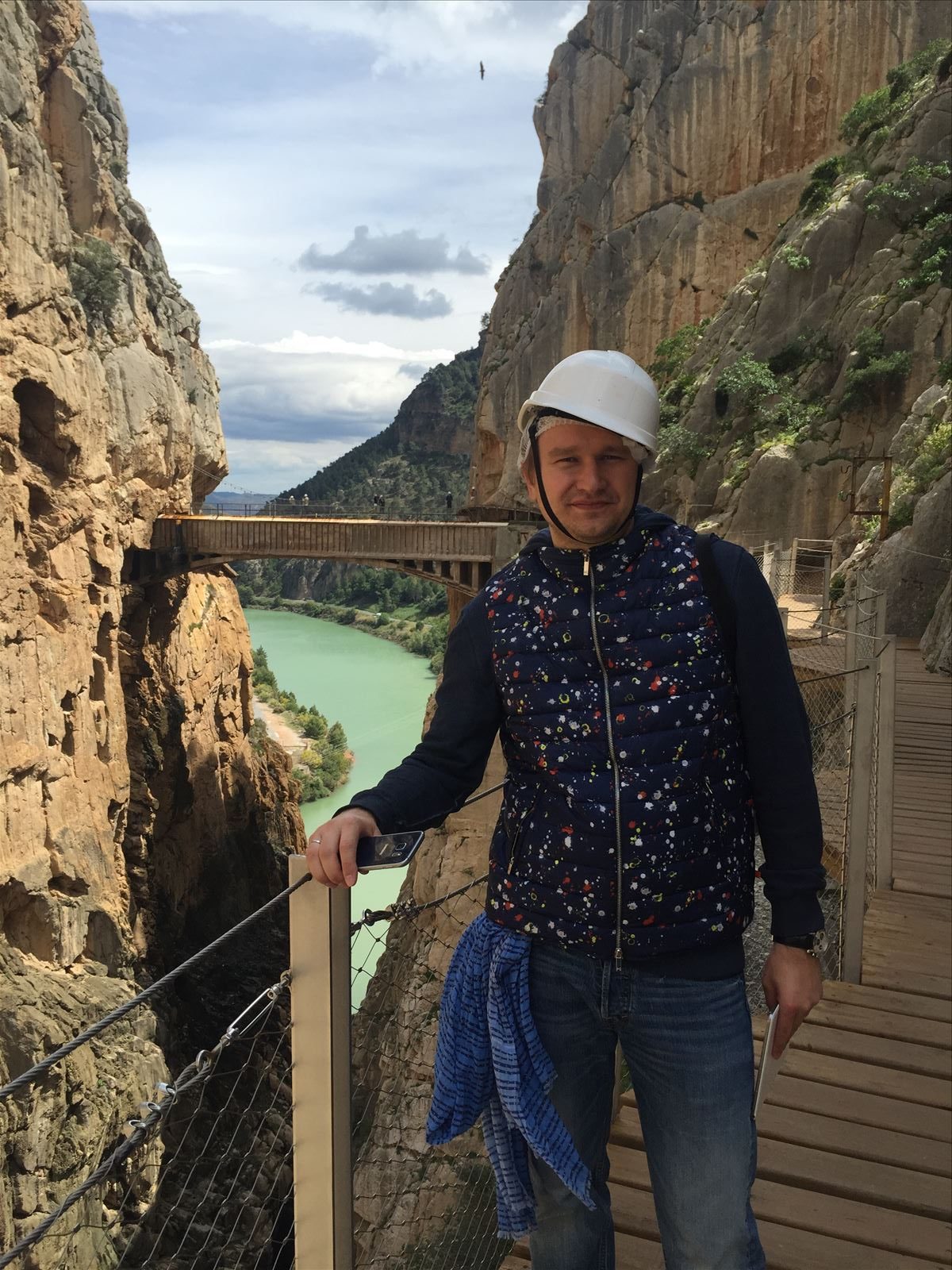 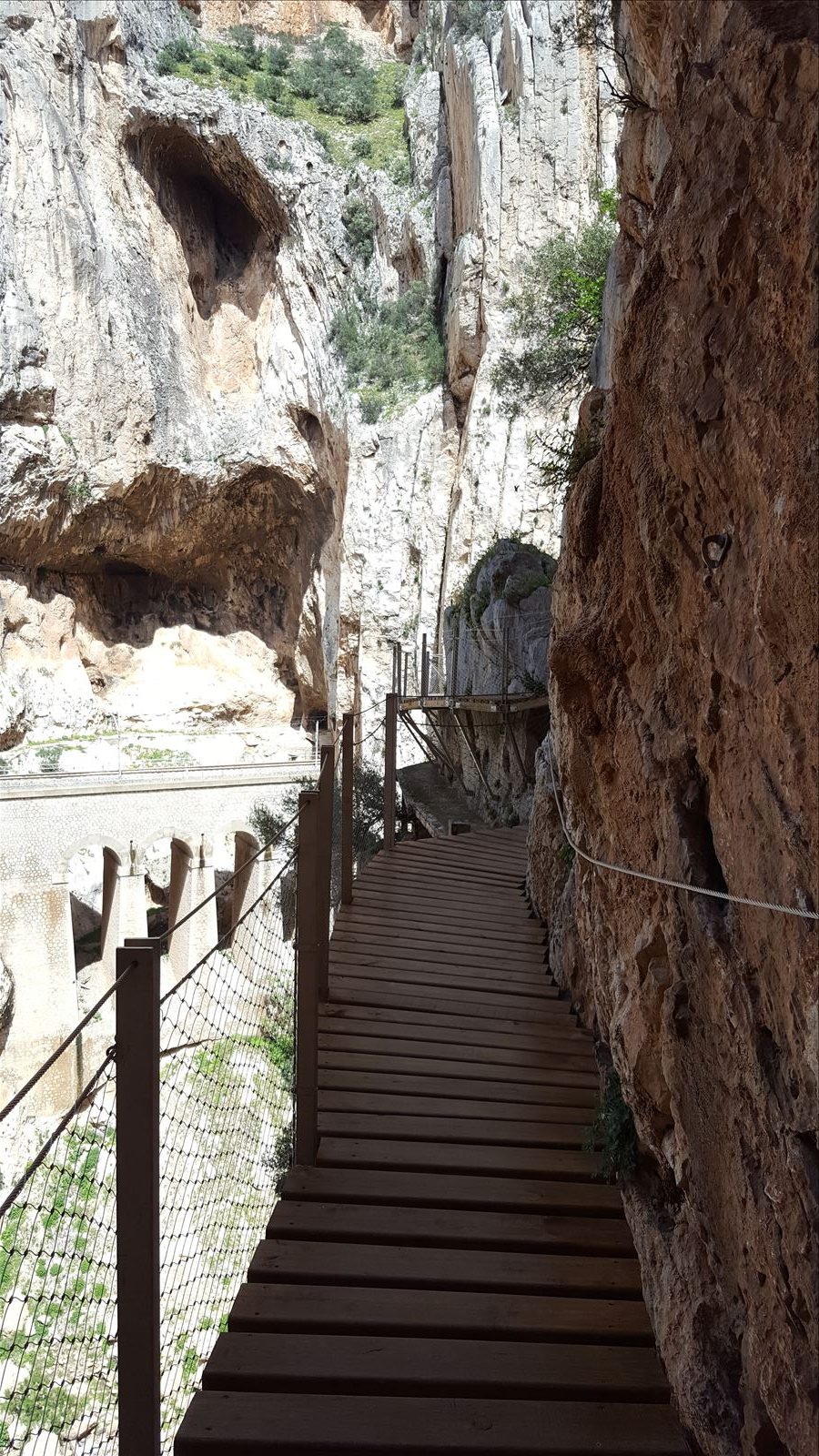 The impression of the whole trip to Andalusia and its surroundings remained bright. Of course, the main places of the tour were Granada and Seville, but other attractions are not pumped up. Needless to say, Hamon Iberico is considered an Andalusian dish, as well as gazpacho (and sherry!). Therefore, the trip was a success 🙂 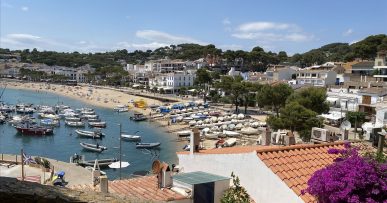 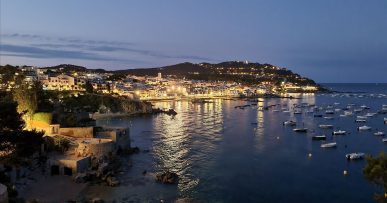