Despite the fact that the Philippines is quite popular among tourists, Manila, their capital, is often deprived of attention. Most visitors try to go immediately to the islands, where popular resorts are located, which are suitable both for those who prefer a relaxing holiday and those who prefer various water sports. I, for various reasons, decided to pay attention to the city itself, to see what it is – Manila and how it differs from other Asian megalopolises. 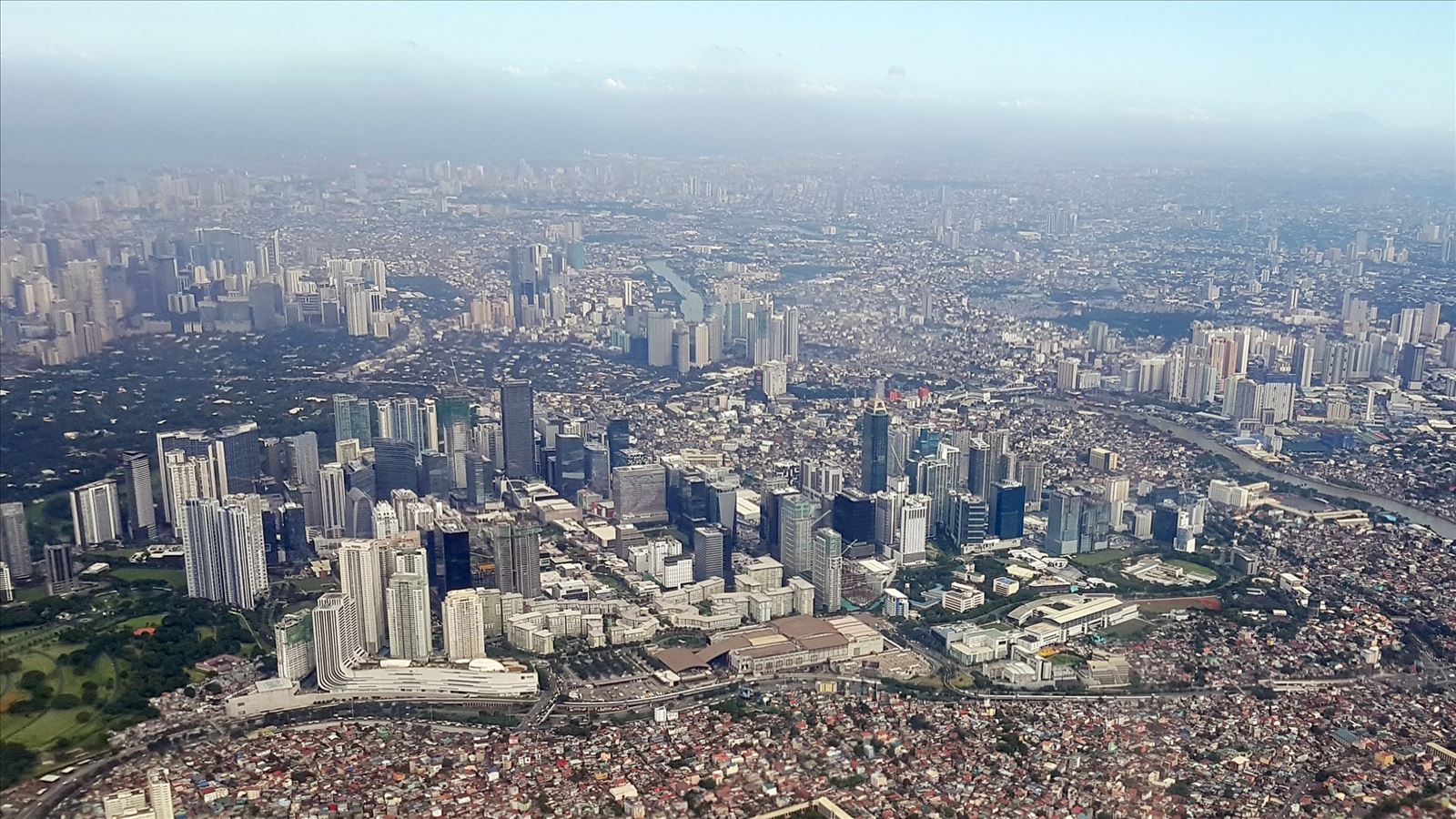 Getting to Manila is not at all difficult. Despite the fact that there are no direct flights, all major airlines of the world offer connecting flights from Moscow. It should be borne in mind that it is not close and the fastest route is through China. For example, the flight Moscow-Guangzhou takes about 9 hours and another 3 hours flight Guangzhou-Manila, and this is one of the shortest routes from Moscow. But the flight through Istanbul takes 3 and 12 hours respectively.

The first impression you get while landing: endless rows of poor areas, small buildings huddled together – all this is interrupted by “islands” with skyscrapers and parks . Manila is completely different from other Asian metropolitan cities – even the fact that the official language English already imposes certain impressions of the stay.

The criminal in the city is high, so first tip – lock the suitcase . It is not uncommon for someone to toss something in your baggage in the processing area, and they may make any claims to you even when passing through customs. Alas, such stories happen even in international airports.

The city has no well-developed public transport. Basically they have minibuses -jeepney, which follow some of their own routes. A jeepney is a converted old army jeep into something like minibus with benches. Often they are without windows and without a back door, brightly decorated and subject to a variety of tuning. They look very colorful. 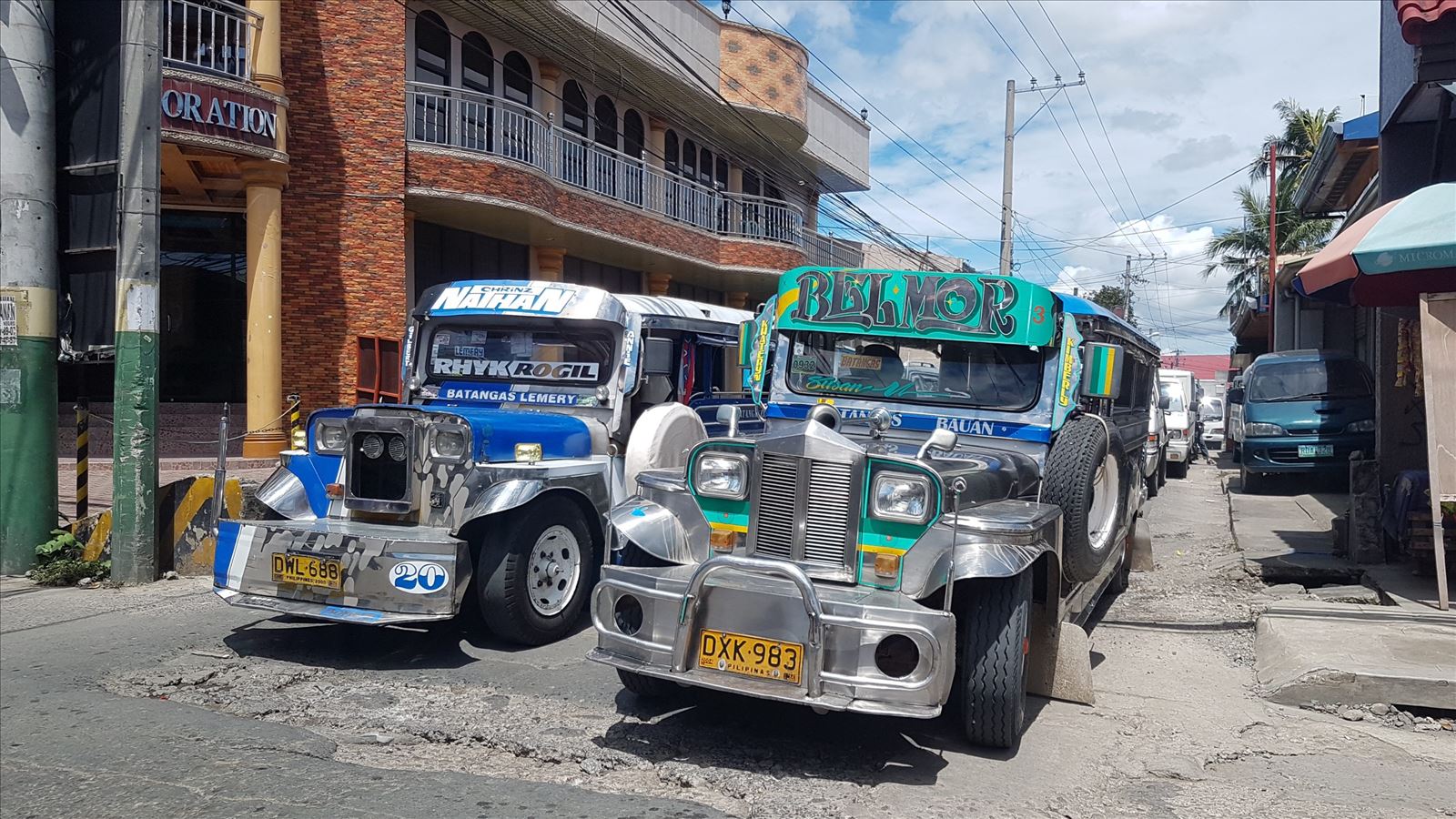 There is no real subway here. There are several lines of land trains, but this is rather a bunch – airport-center-couple areas. There is no developed comfortable bus service either. In any case, for an unprepared tourist it will be difficult to understand this transportation system , and, surprisingly, it is easier and quicker to take a taxi from the airport. As you can already guess from the transport description of the entire city – one big traffic jam, and there are about 14 million people living in Manilla.

Manila districts are very much divided into places for the rich, where are parks, promenades, skyscrapers, roads and traffic lights and all the rest are areas for the poor. Often this is really a slum – cardboard houses \ garbage and other things. There are already just Brownian traffic on the roads. Traffic lights are rare, but no one looks at them, everyone moves as they want. There are many bikes and carts. All these vehicles barely move and hinders the movement of large cars. Locals measure the distance in hours: more often they will tell you that it takes 2-3 hours to go, and the mileage does not matter.

In the developed areas of the city, shops are equipped with everything – from caviar and hamonado cava and Spanish wines. Spanish colonial heritage has left its mark . All shopping centers are guarded. Entrance is through metal detectors, bags are searched. Armed police is everywhere in the streets.

It is not recommended to go to poor areas, especially on your own. It’s better to go by car in the afternoon. Our popular tourist islands Barrocay and Cebu, as well as Manila, are on the other side of the country away from all conflicts, so here it’s basically calmer. And especially the tourist places weren’t touched by anyone ever.

It’s best to settle in the new fashionable district – BonifacioGlobalCiti. The skyscrapers, shops, restaurants of this area are most consistent with our understanding of the modern metropolis. In addition, this area is not far from the airport. Among hotels, I can recommend F1 or ShangriLa, which is more expensive, but has excellent breakfasts and seafood sets. 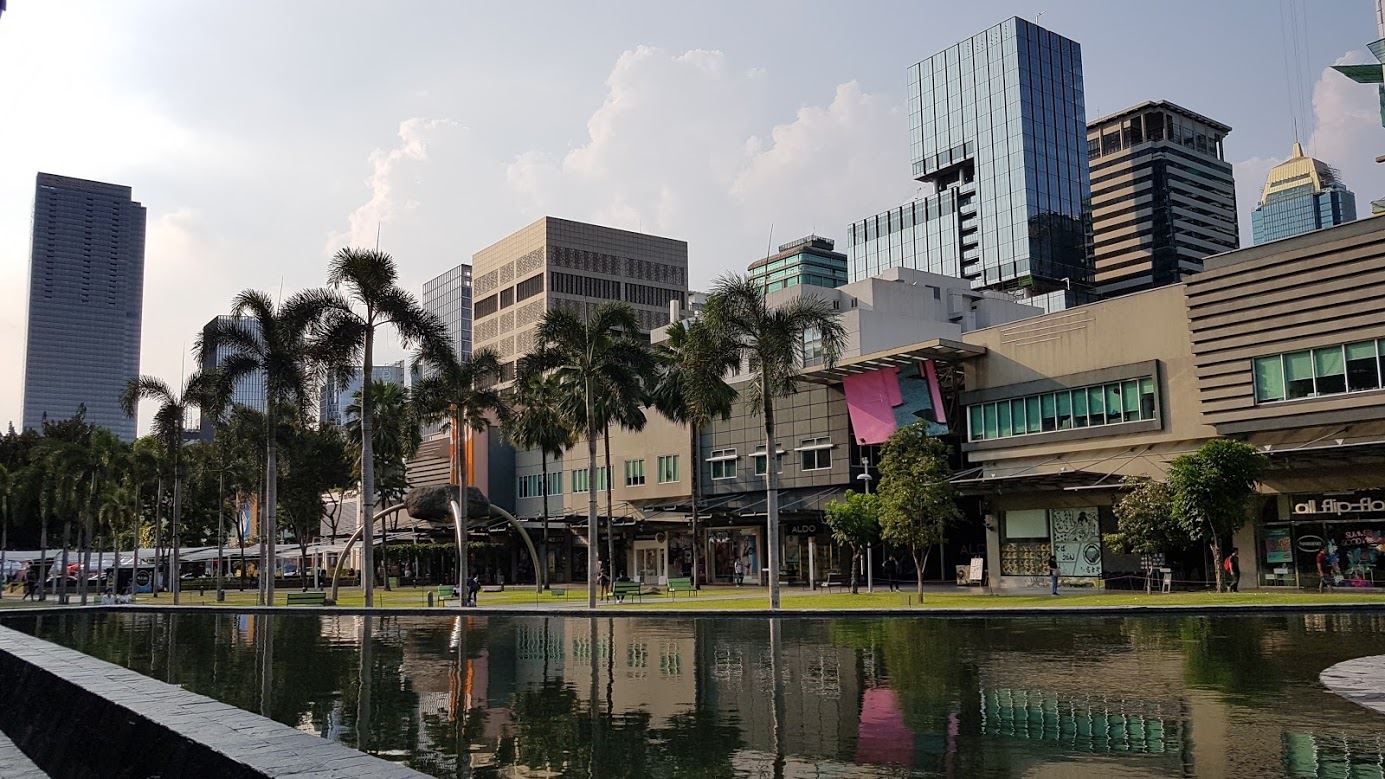 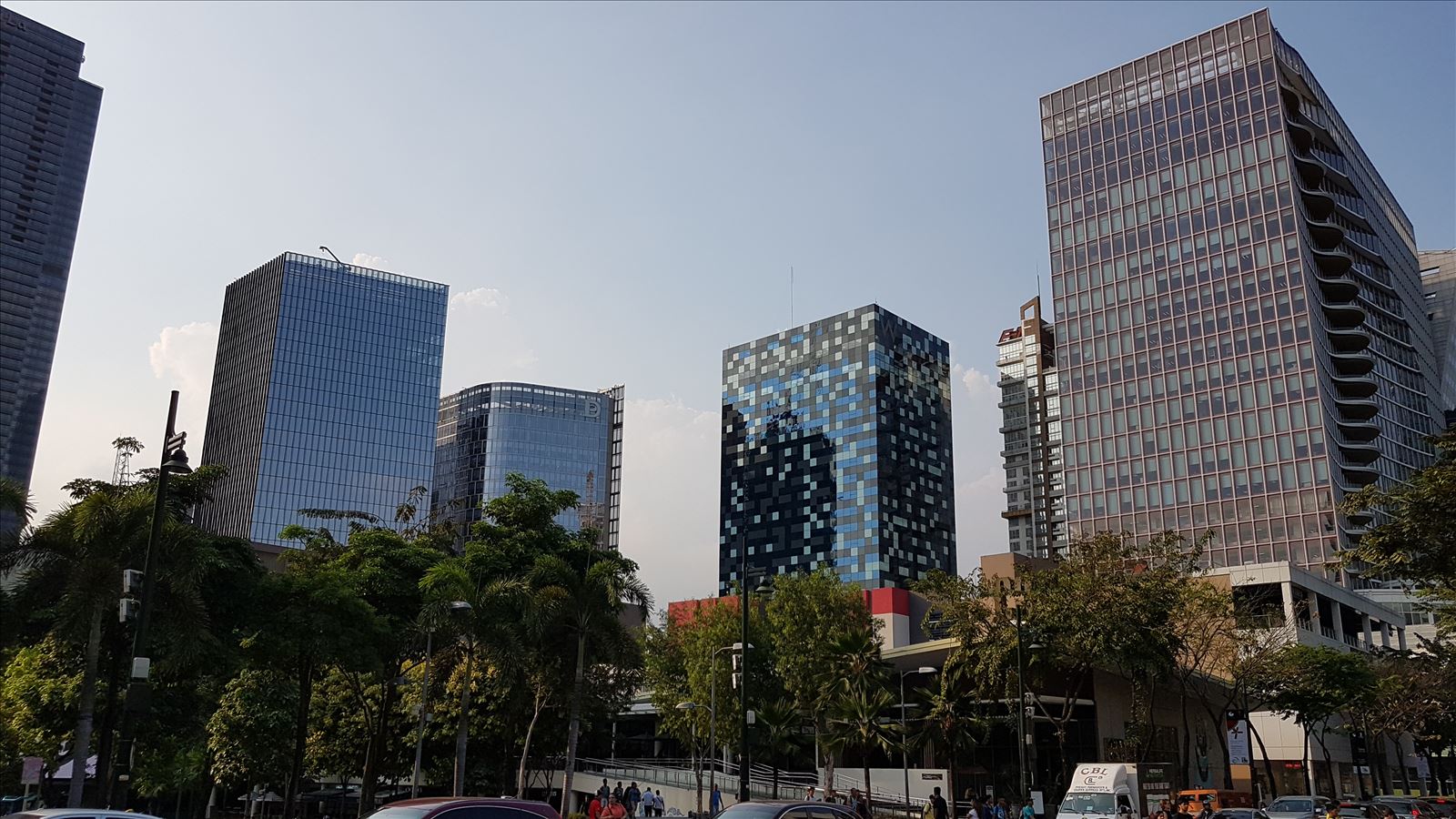 Having settled in the BGC area, you can immediately go for a walk in the HighStreet area – this promenade street is full of various coffee shops and restaurants . In the evenings, disco starts. Spanish and American colonial heritage provides opportunities for the restaurant business. Wine and beer bars, seafood restaurants, American fast food quietly coexist with Chinese, Korean cuisine restaurants. HighStreet Street with one end has two shopping centers – Aura (for the richer) and Market-Maket (simpler). Both have food courts and movie theaters.

Aside from HighStreet, there is another point of attraction for tourists – UptownMall, where, in addition to shopping and restaurant outlets, there are Dancing Fountains, which fare filled not only with water, but also with fire. Fountains perform every half hour in the evening. 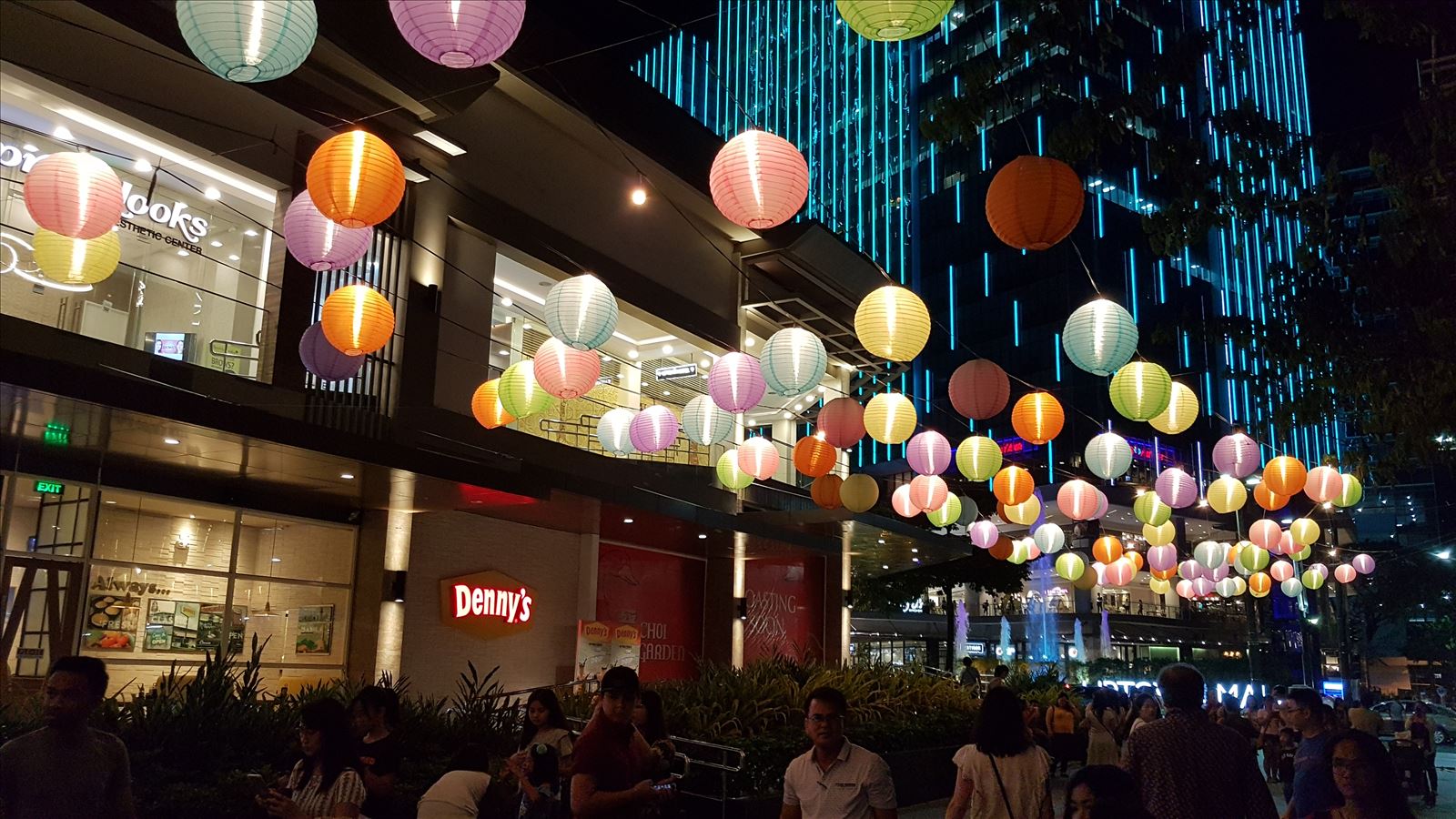 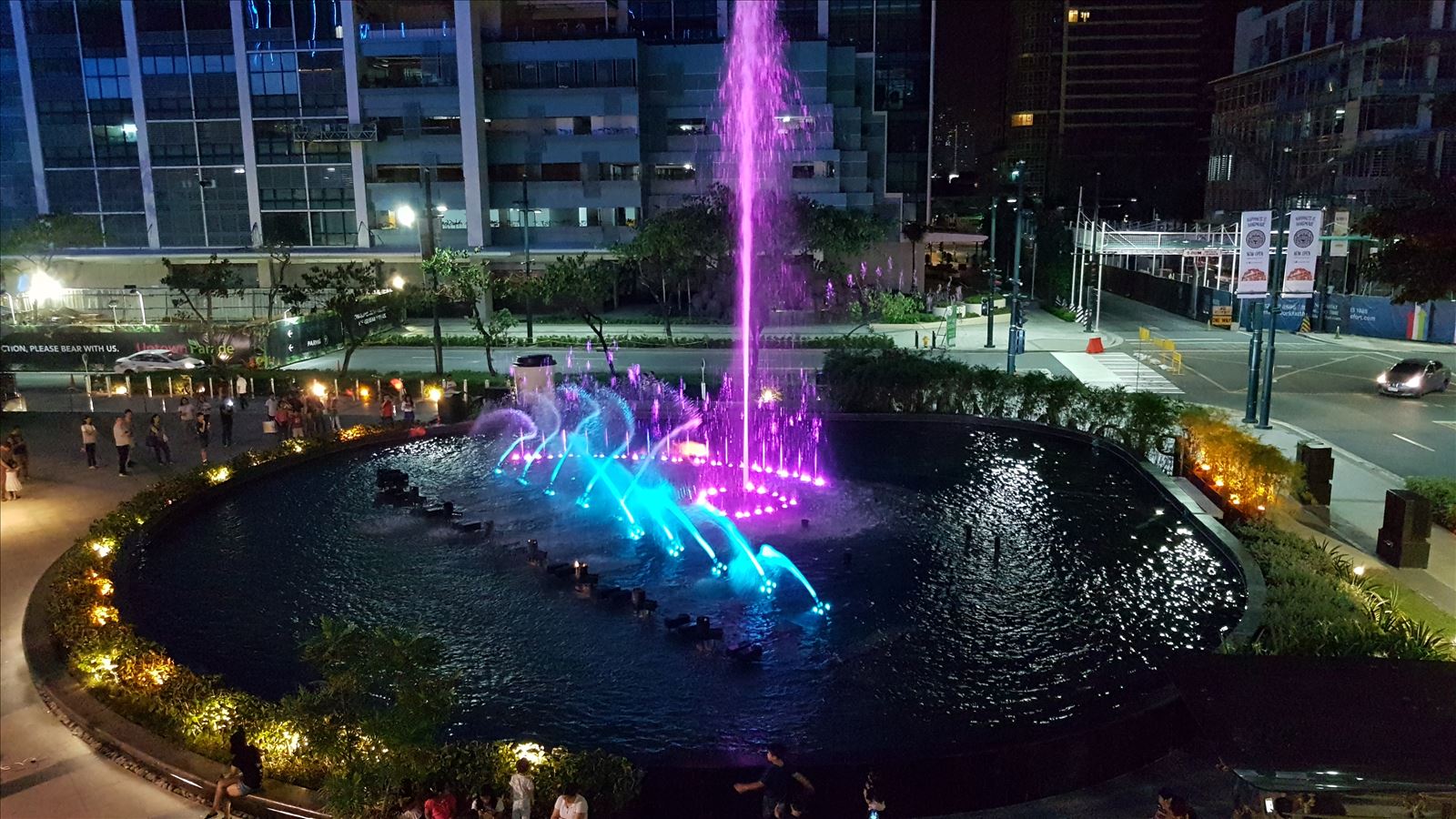 Next to the BGC area is the US military cemetery. An unusual spectacle, which is still available from the aircraft – the cemetery is made in divergent circles, which looks quite unusual. It is open to visit. 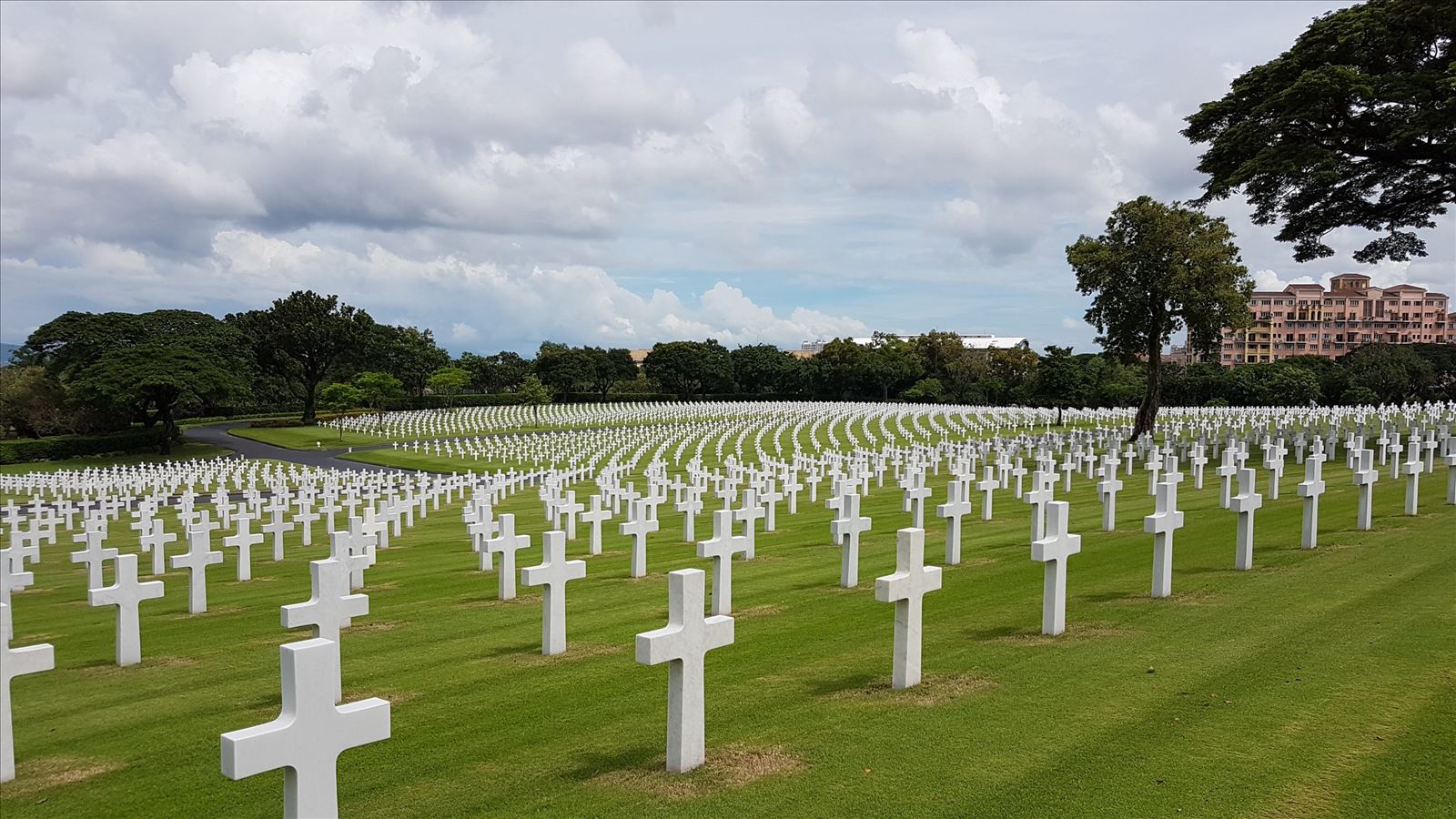 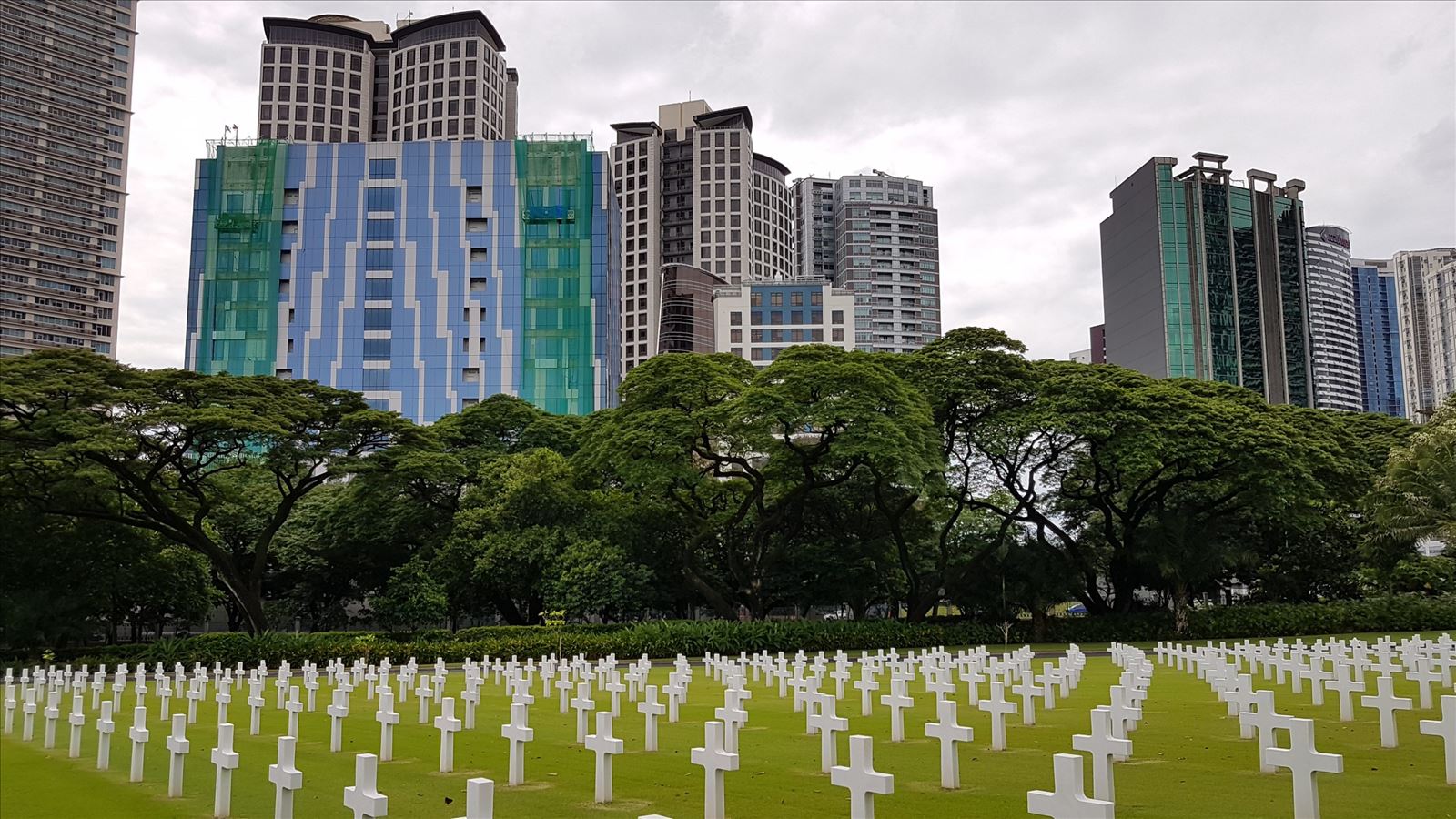 The shopping complex Venice is located behind it. Its feature is the stylization of channels under the city of the same name. Yes, there is Venice in Manila too. This is a very popular city in Asia. Of course, Manila Venice will not compete with Macau, but still it is fun to plunge into a few cartoon Italy in the tropics. 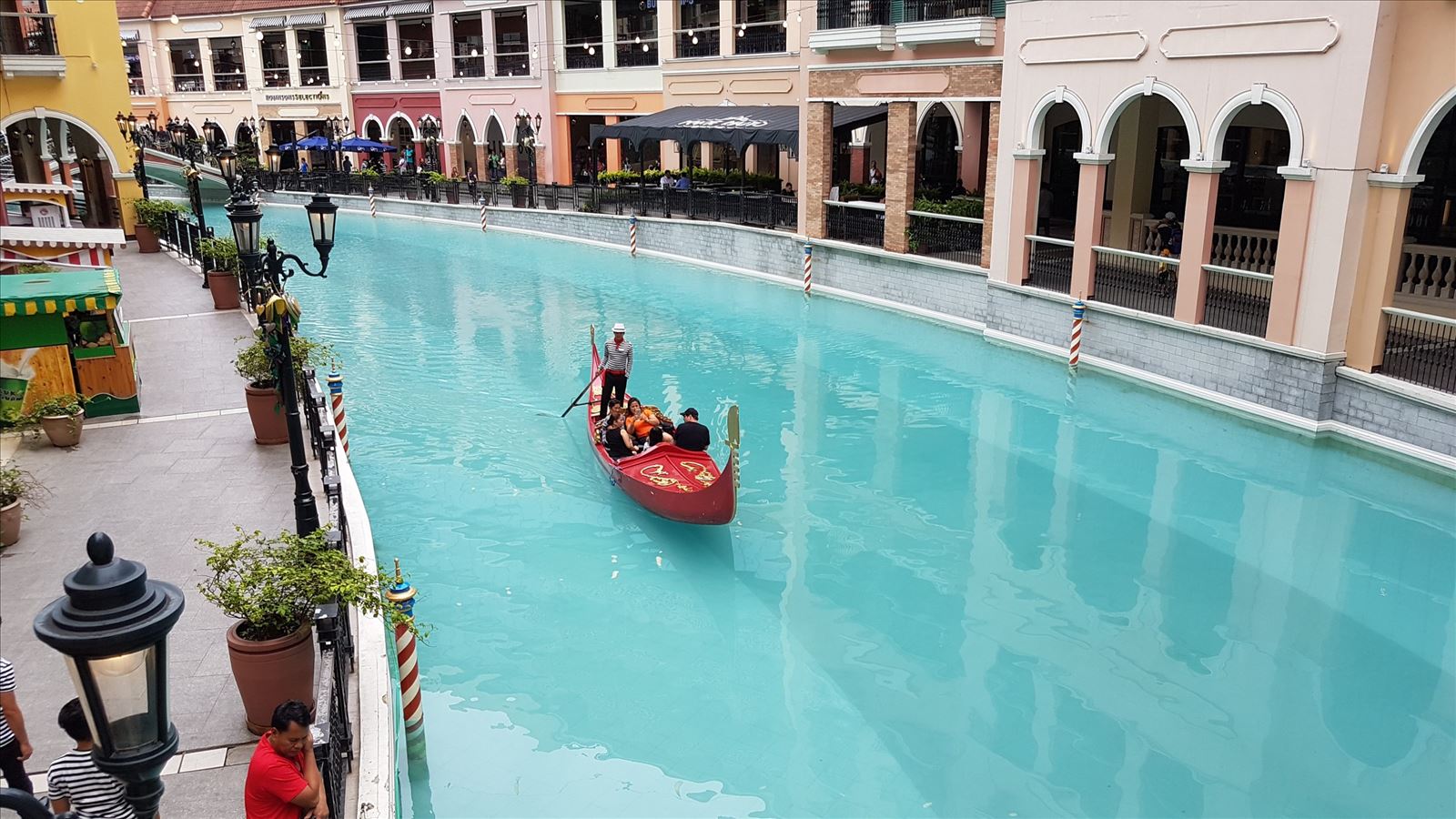 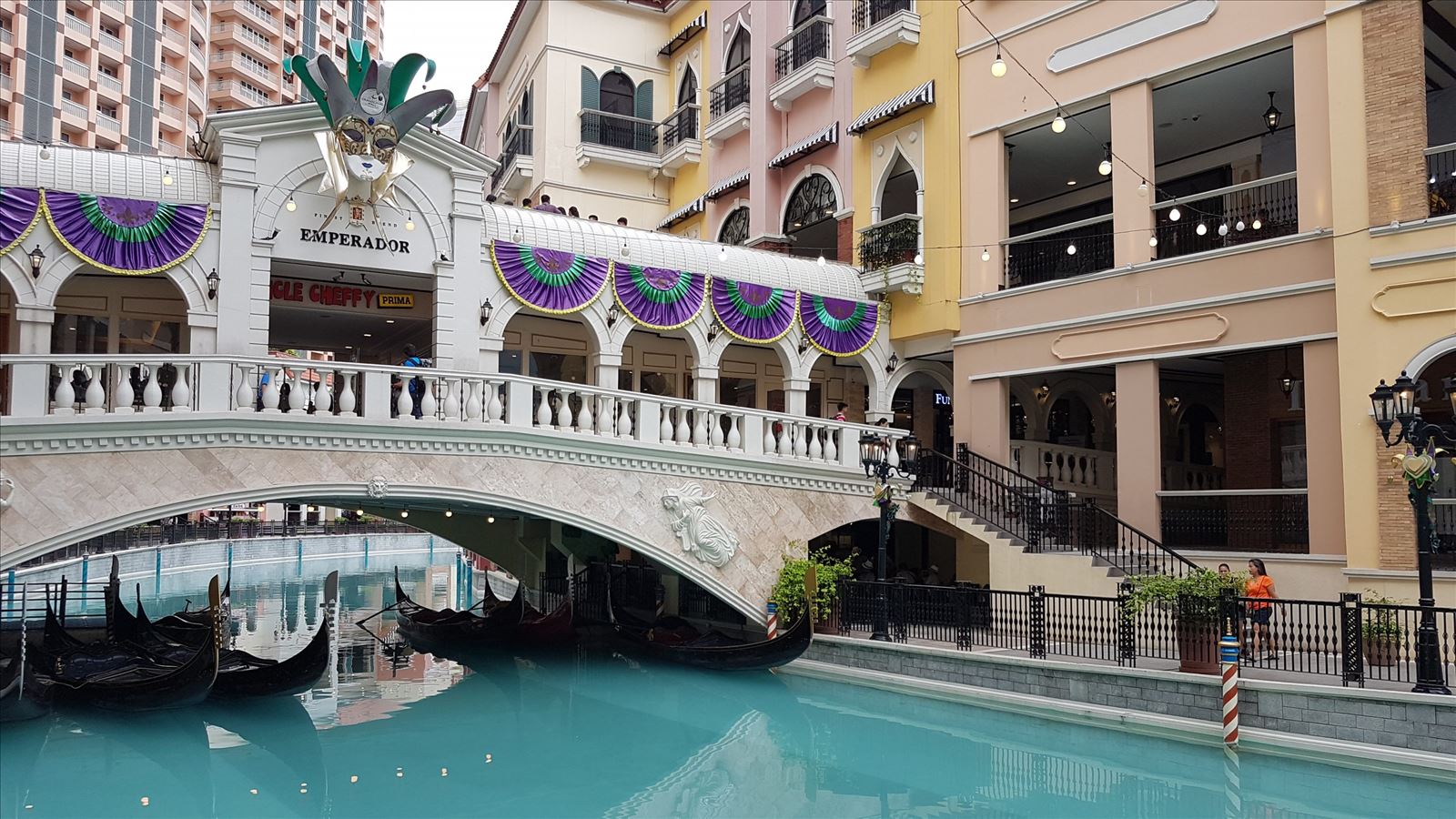 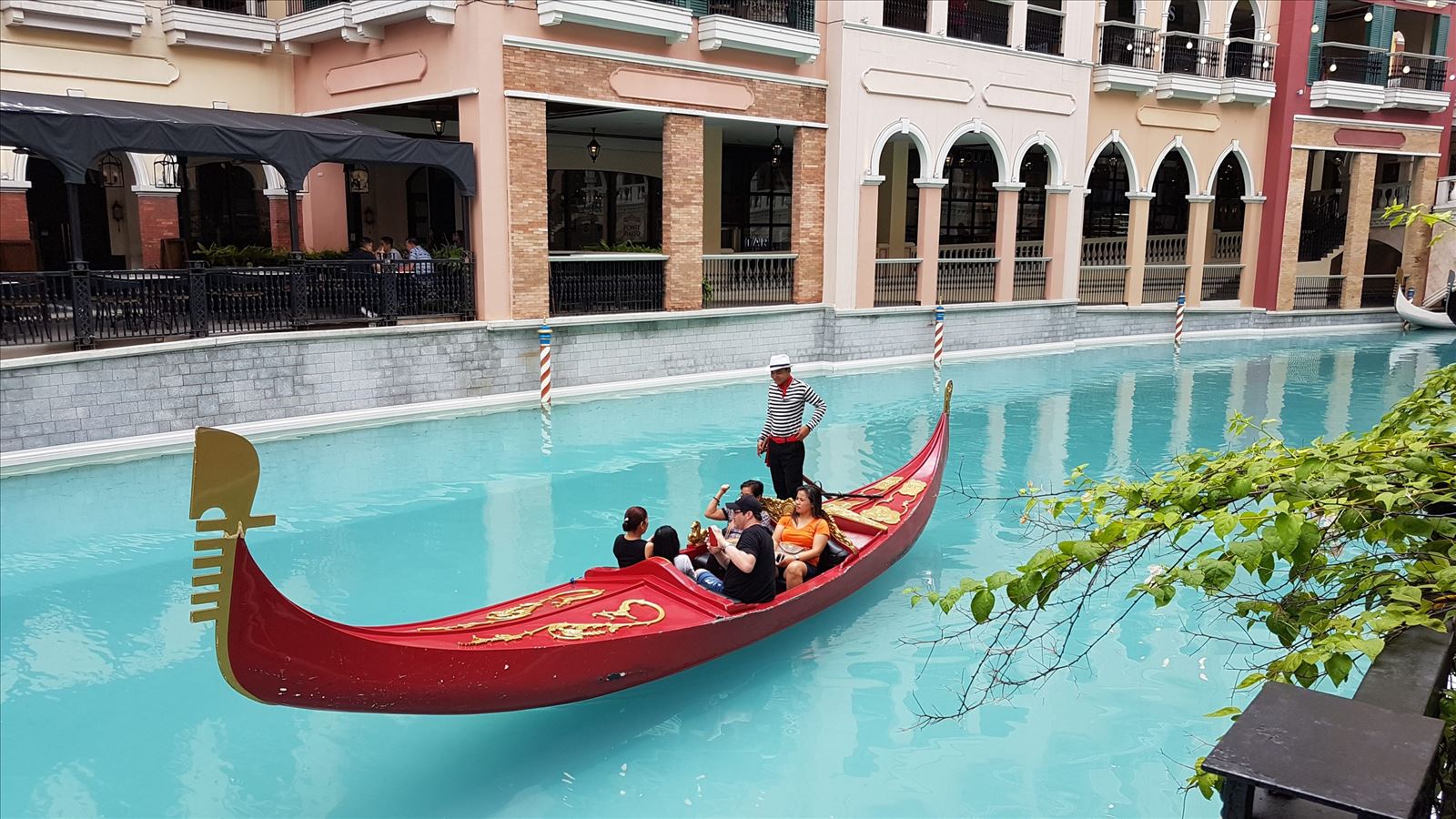 Examining Manila, you understand that the city itself, though large, is still rather poor. And there are not many sophisticated tourists here. You should not plan a lot of time for Central Park and the Archaeological Museum of Historical Museums – you can get around this quickly and this would take about half a day. 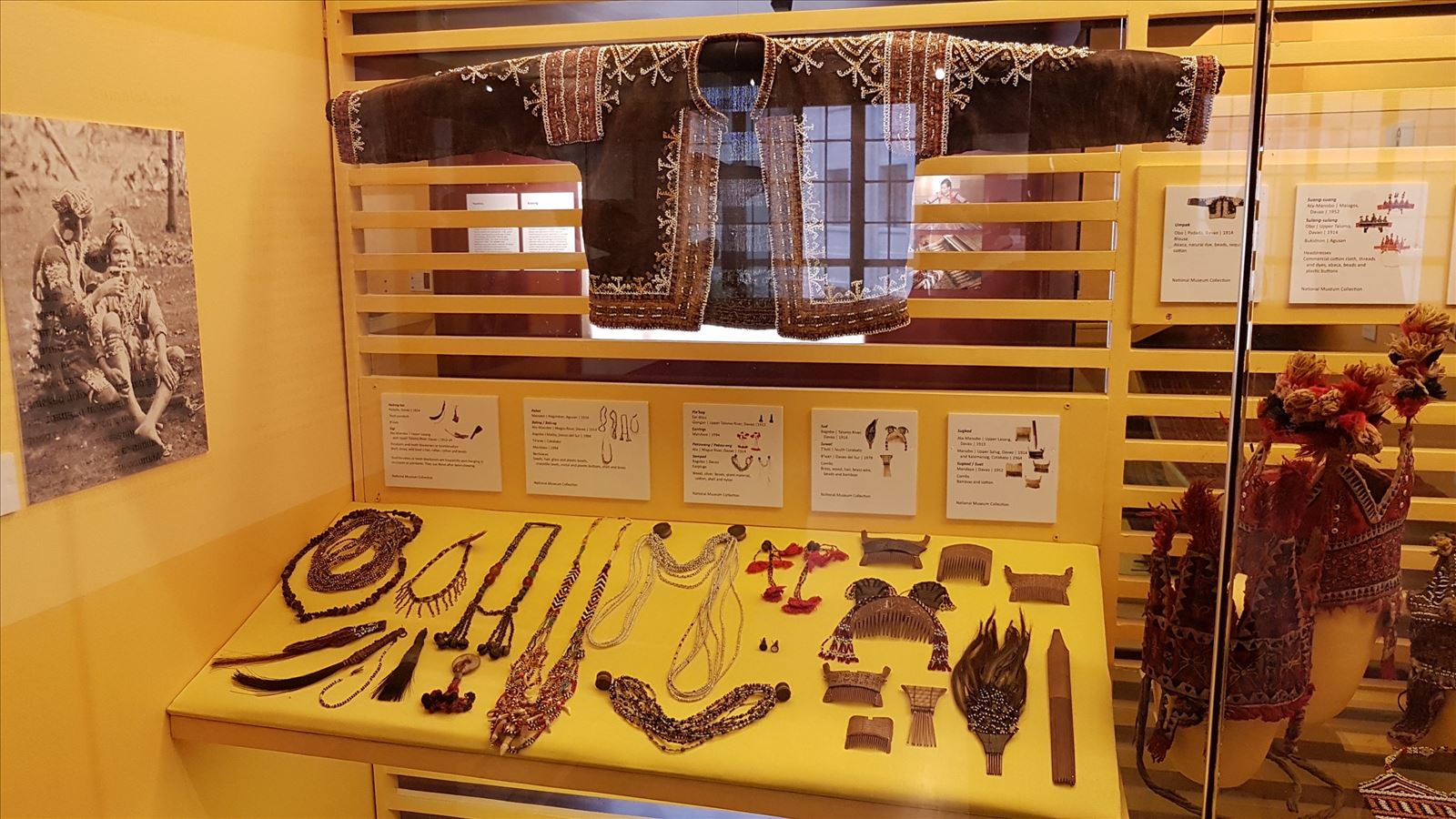 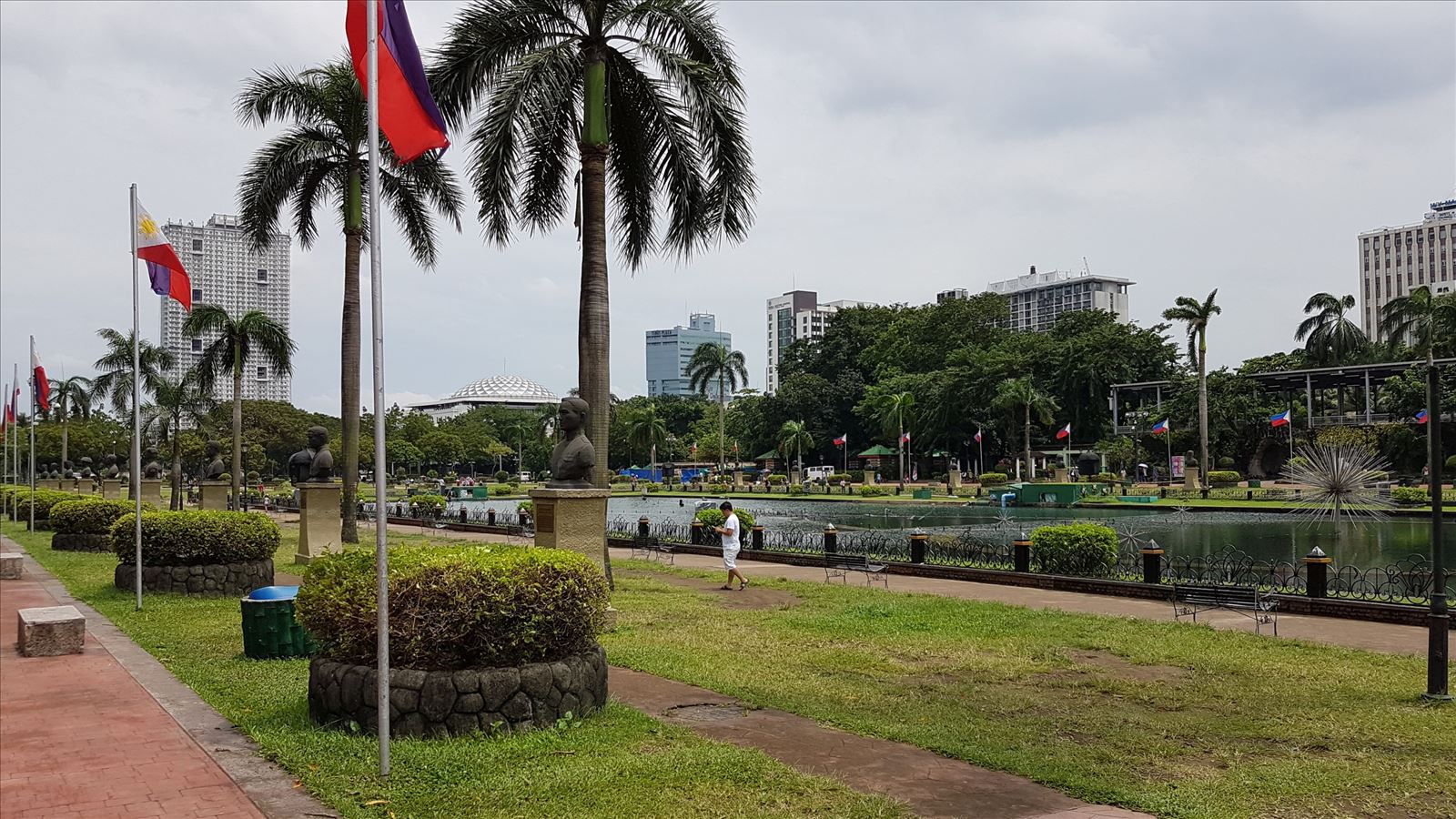 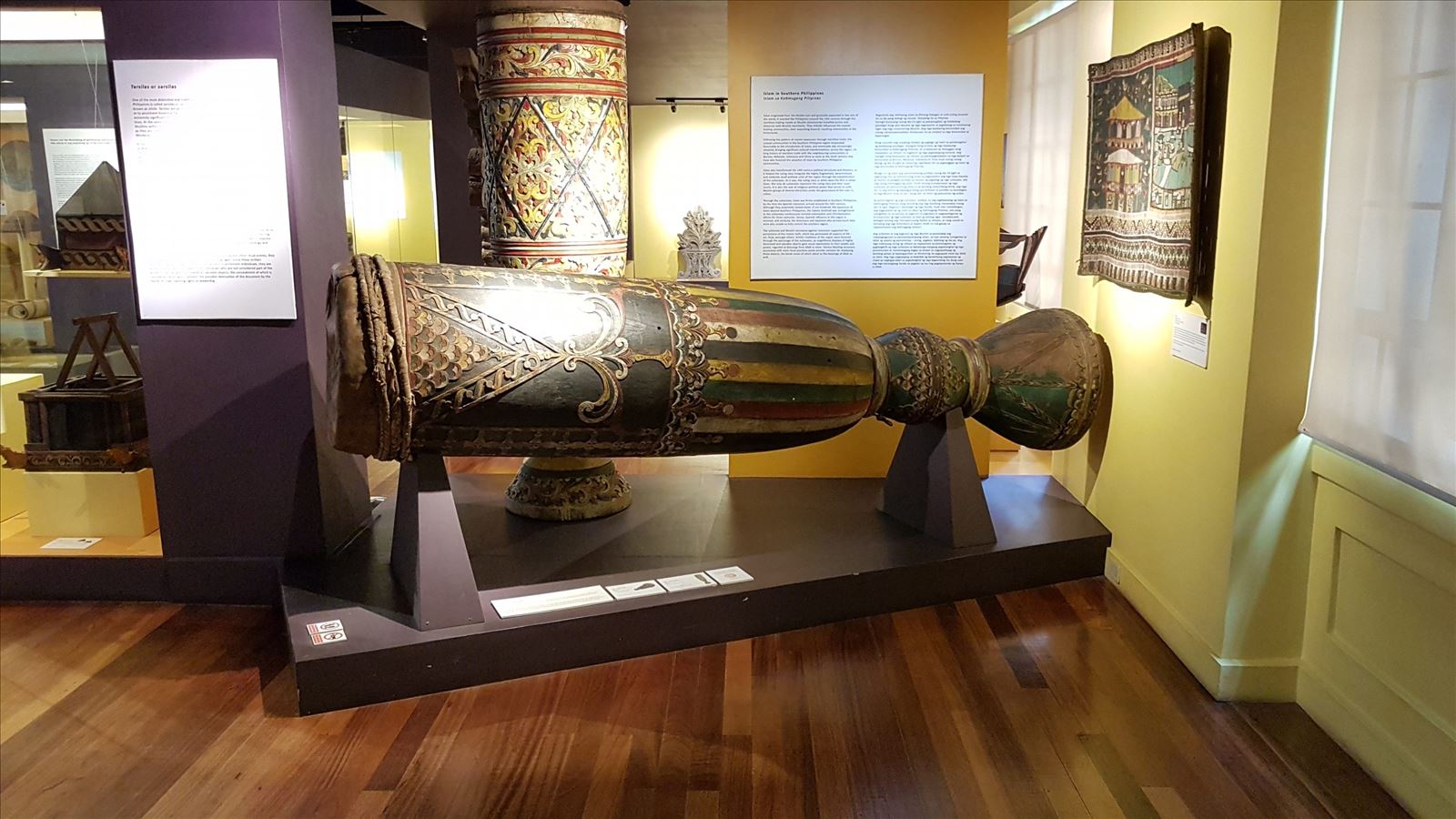 What is worth visiting and putting a little more time on it is the Intramuros district. The main Catholic Cathedral is located there. Its peculiarity is how unlucky it has been throughout itshistory. If you read the plate with historical data, it becomes clear that it was built, and it constantly collapsed for one reason or another. It was rebuilt and destroyed again… A very unlucky temple. 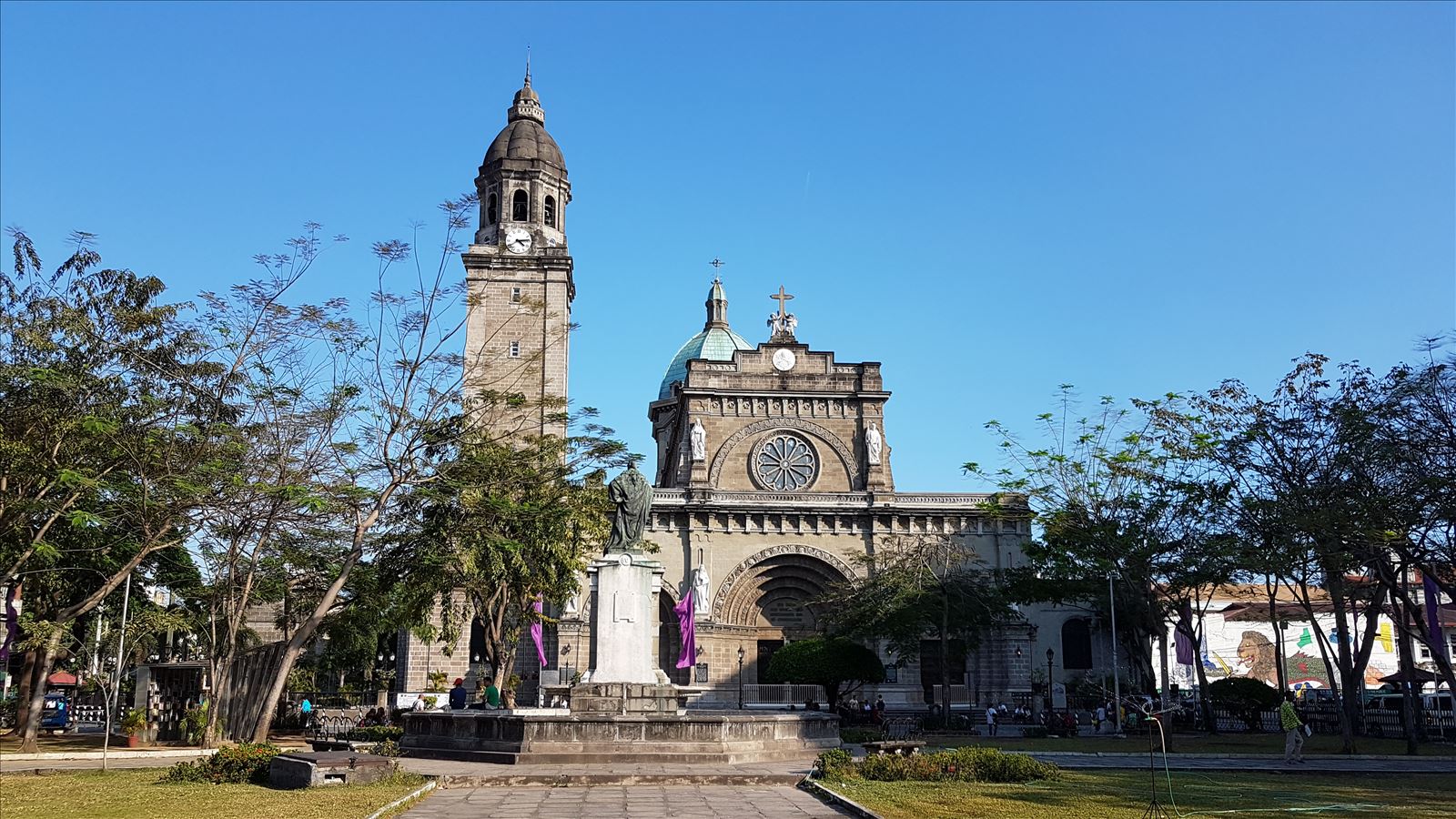 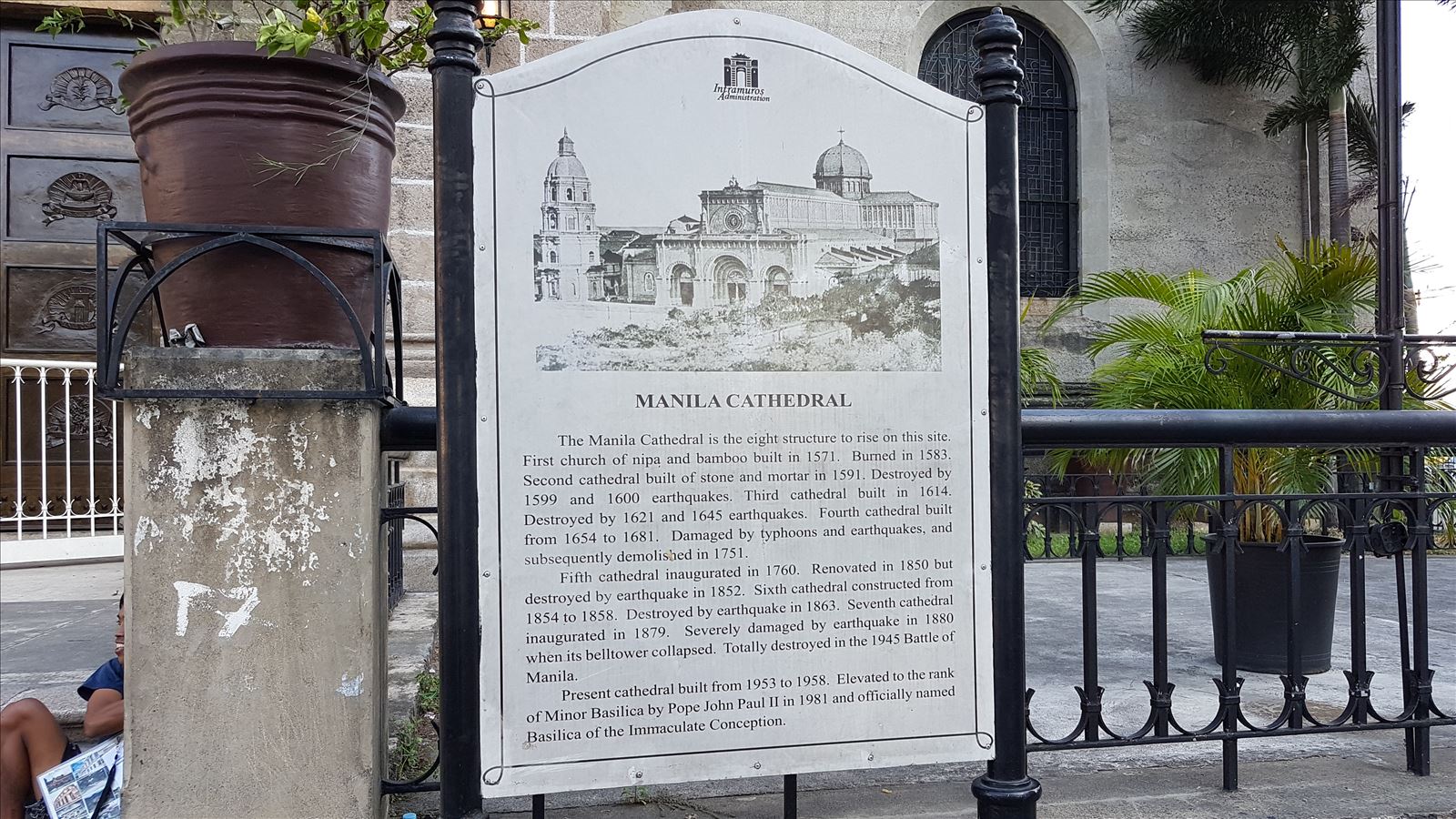 Right behind the temple are the old districts of Manila. It is not recommended to walk in the dark . In daylight, there is an agreement with the locals not to touch the tourists, and this is a peculiar attraction. People live very poorly, often without electricity. All houses are made of improvised material and piled up in two – three small floors. 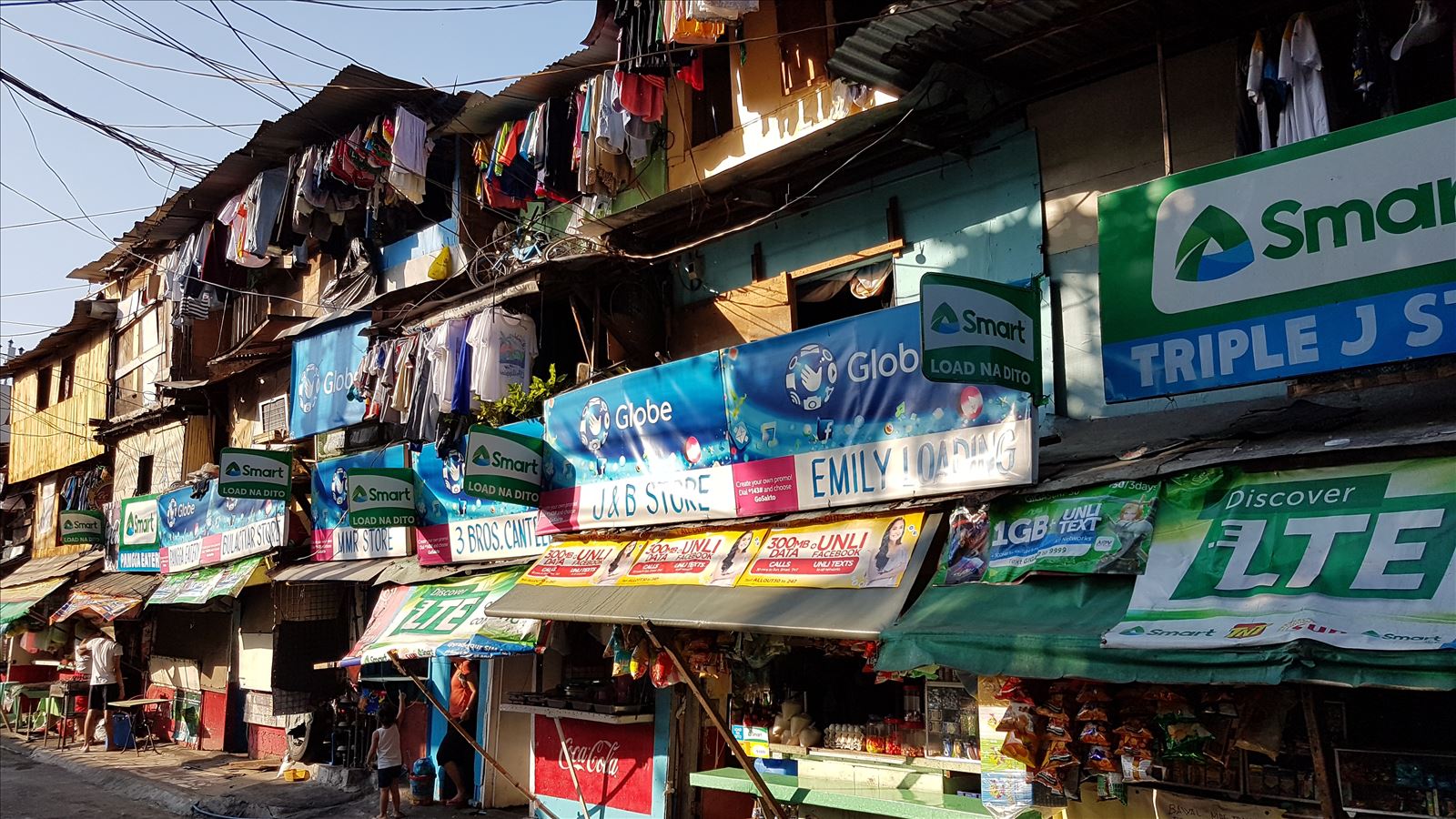 If there is an opportunity (and you will have to move a lot, since all interesting places are in different parts of the city) you should pay attention to Filipino cemeteries where people live in crypts . Yes, they just live there, for crypts are a free roof over their head. Linens are dried between graves, children play ball, women wash. Life is happening. The Chinese cemetery is guarded and there is already a little more order. Its peculiarity are the crypts as villa-palaces. Each decorates their “estates” as they can. These can reach two or three floors. Sometimes it seems that you are not in a cemetery, but in a beautiful Chinese cottage community. 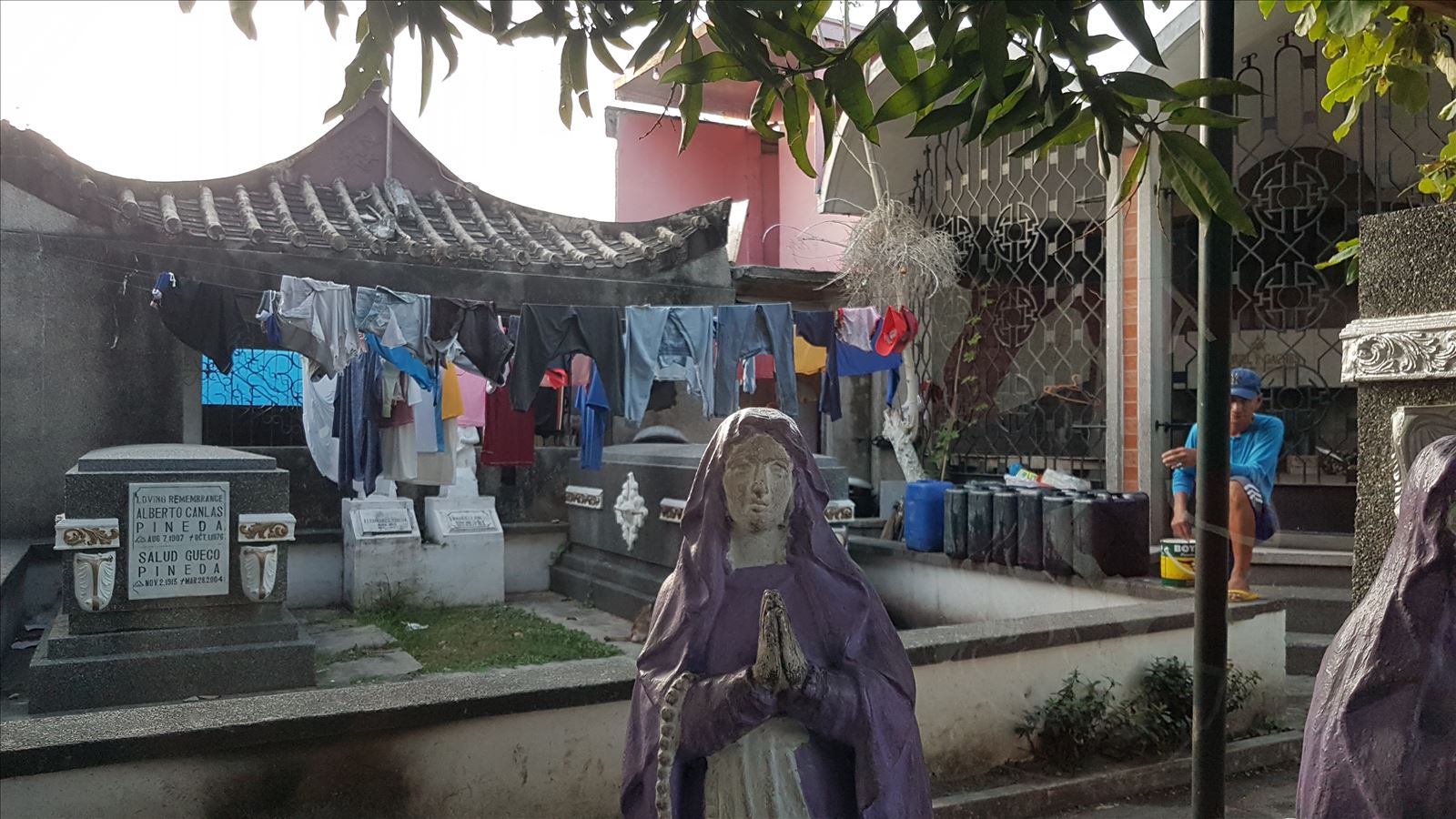 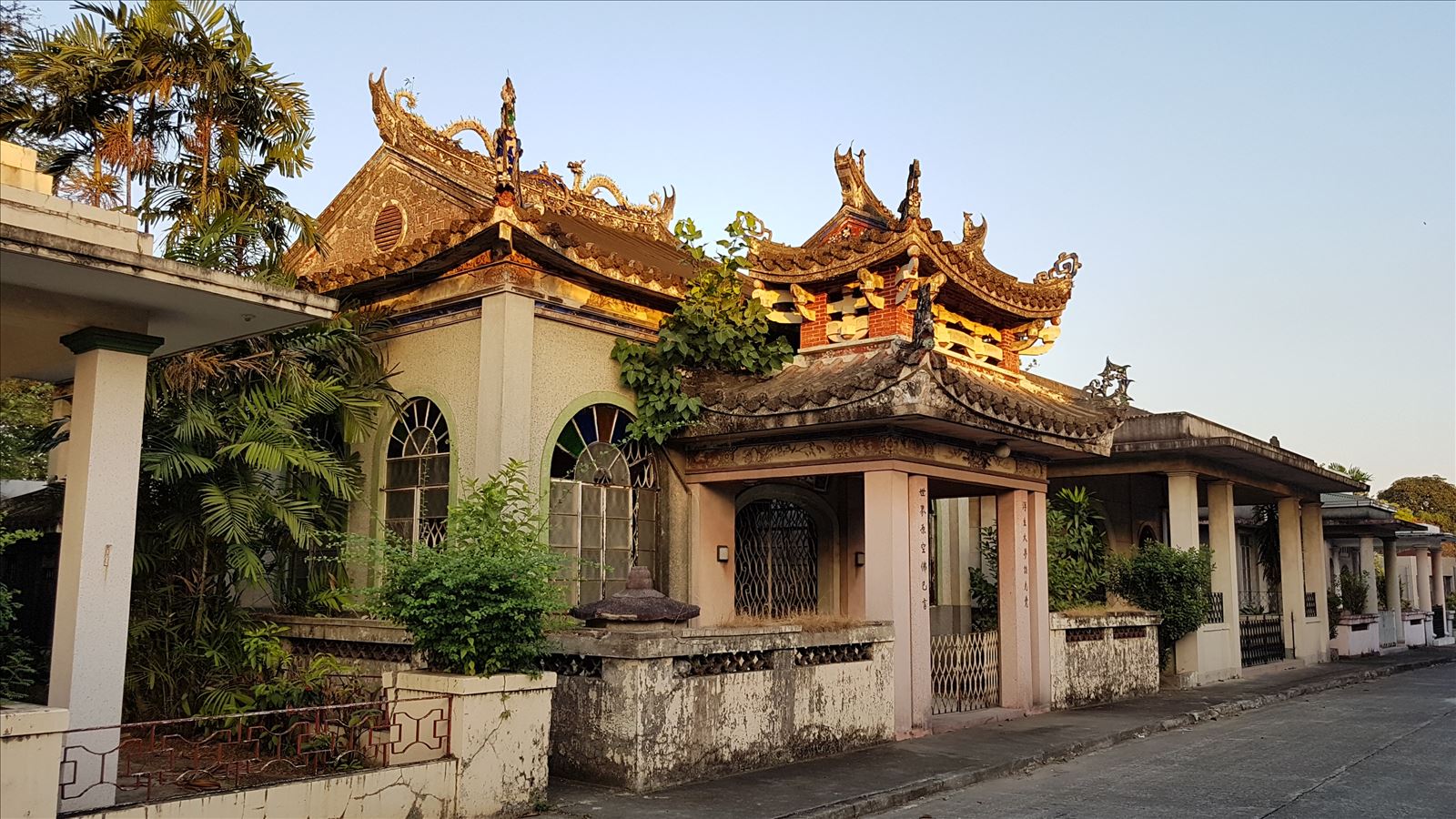 If you canrent a car, you should visit some very interesting places – Taal volcano and Mabini town.

The crater of the Taal volcano attracts many tourists – it is located near many tourist bases. You can simply have a good time in nature, and make a descent to the lake and rent a boat to get to the very slope of the mountain with a crater. 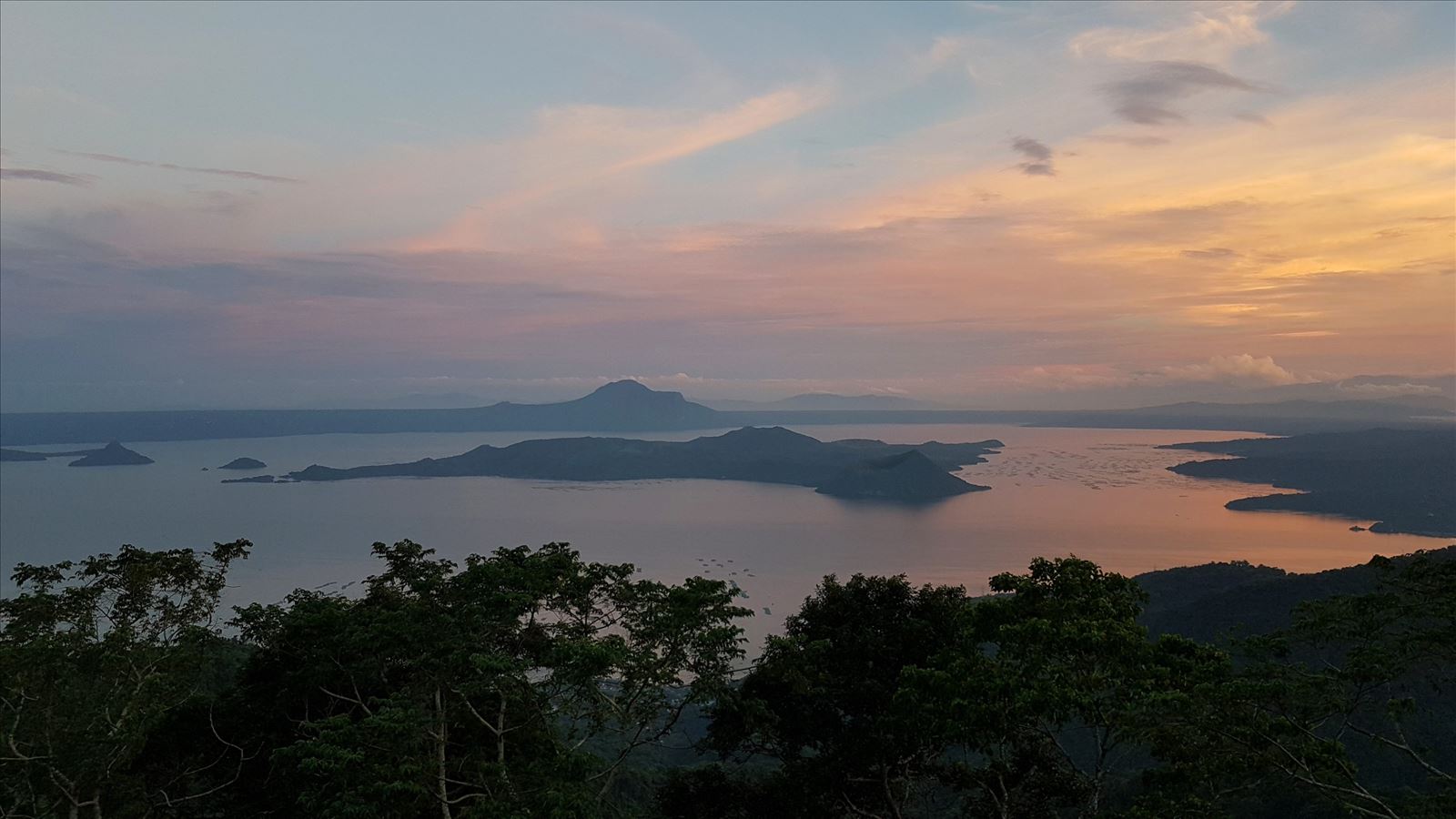 Mabini town is famous for its excellent mountain landscapes. There are beaches, but their grooming leaves much to be desired. In those areas, you can come across a lot of unusual things – an abandoned barge on the beach, which is now occupied by the poor. Grazing oxen that are completely phlegmatic and ready to enjoy the surrounding landscape with you. 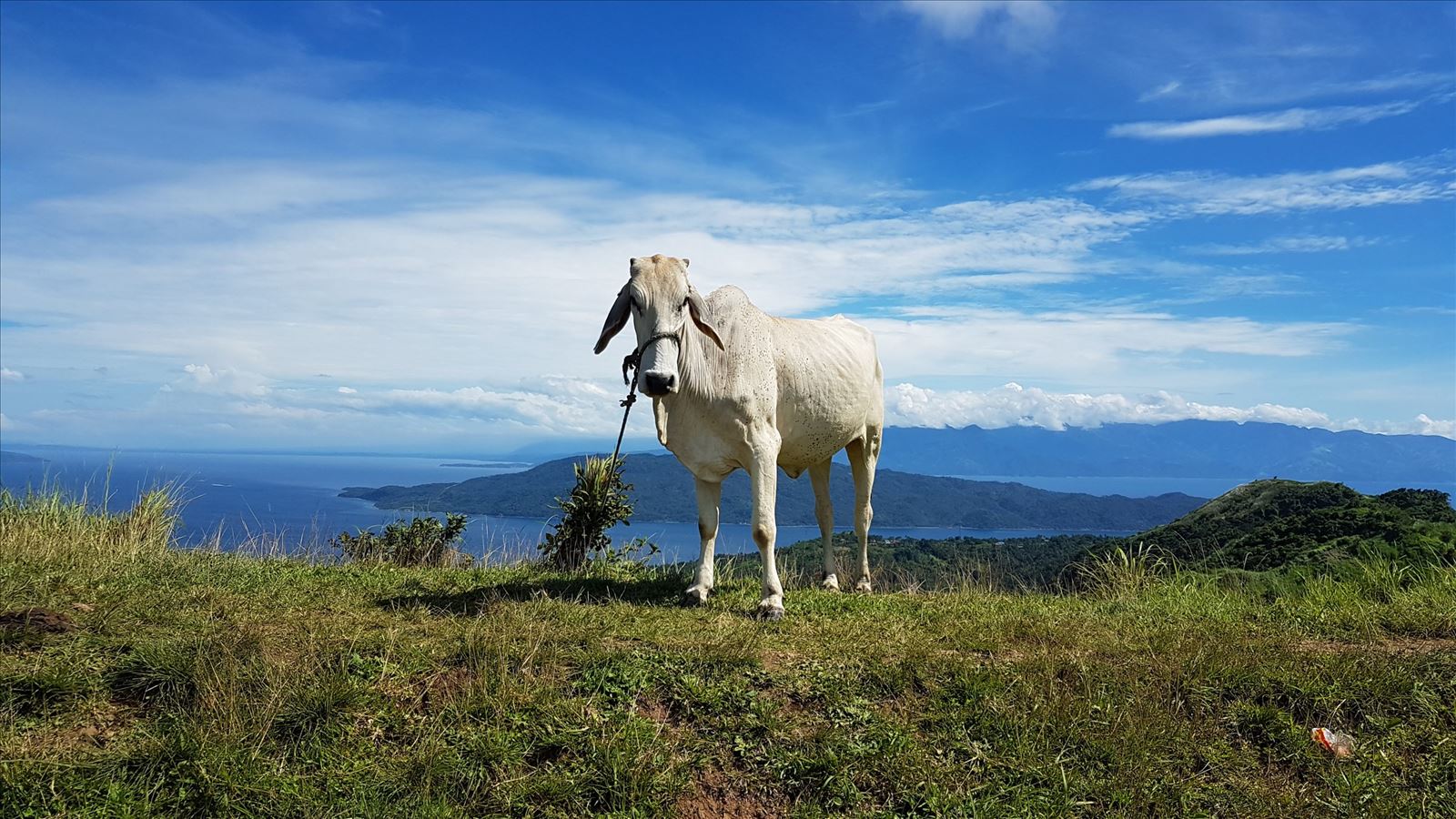 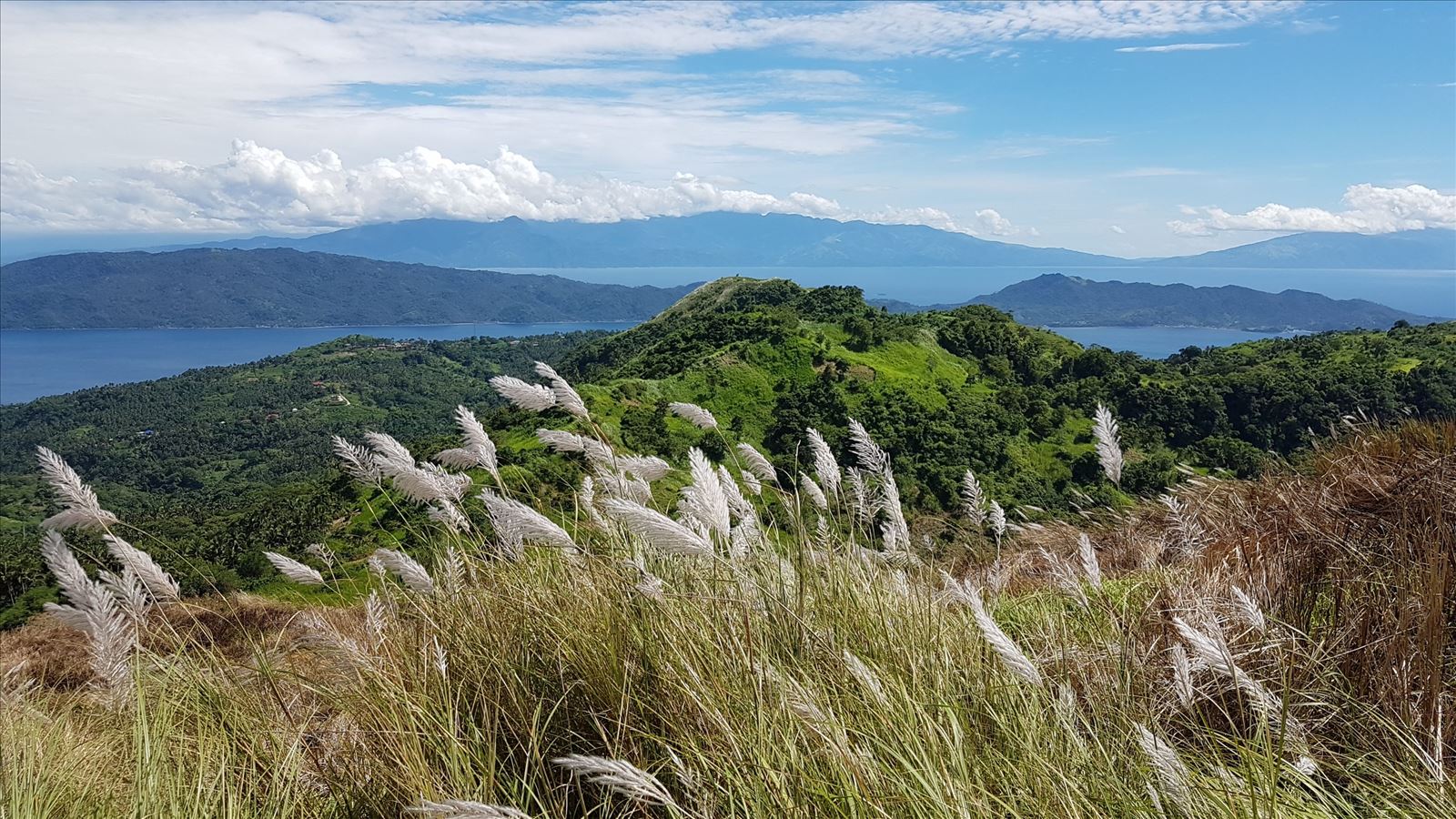 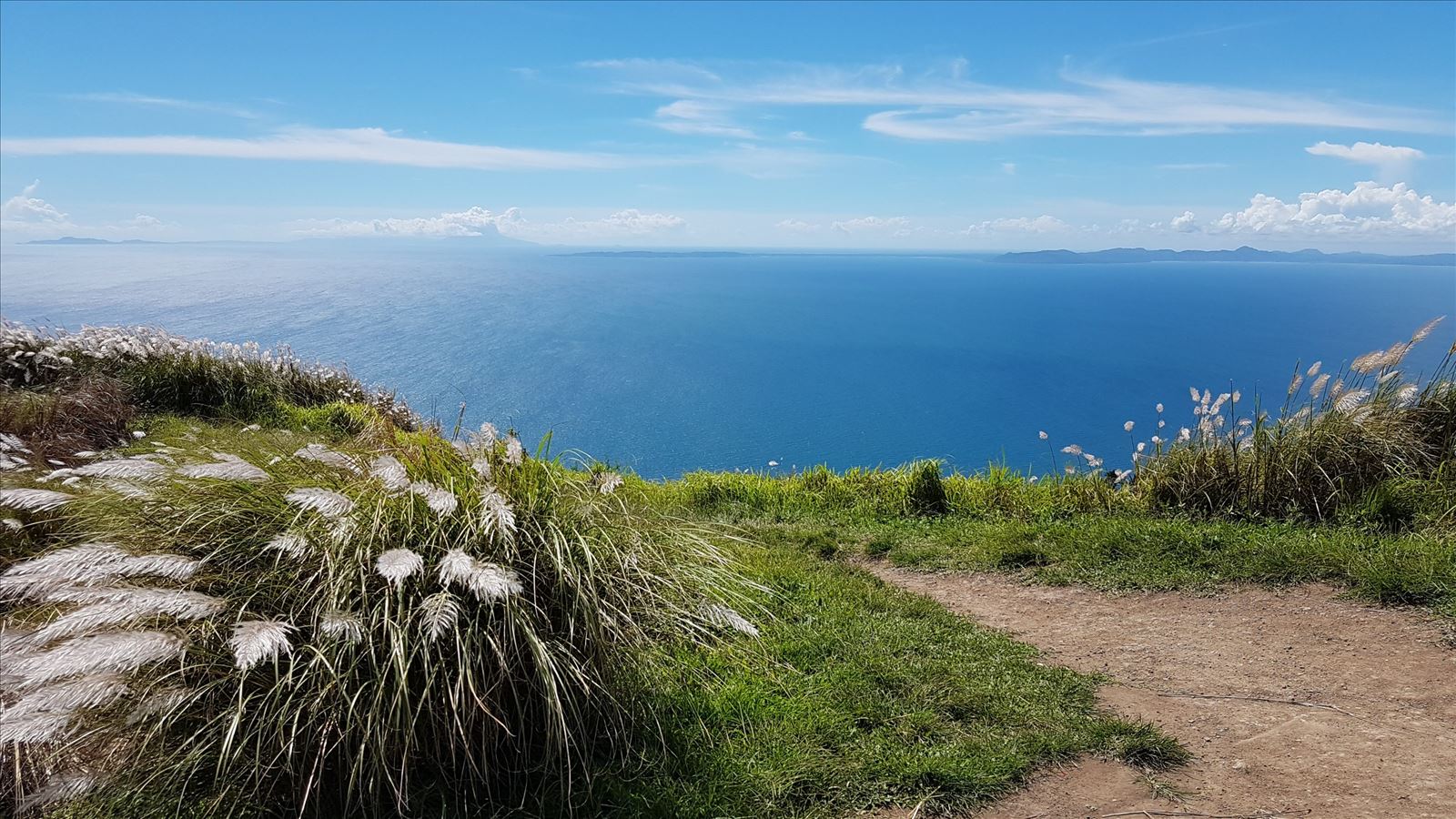 Experienced tourists will note the important geographical location of Manila – fairly equidistant from many other Asian cities . Hong Kong, Macau, Taipei, Seoul, Singapore, Kuala Lumpur – everything is accessible within 3-4 hours of flight. There are such on-board posters like CebuPacific and AirAsia on the market – so getting around is not a problem. I took advantage of it more than once, but these are different stories.

Nevertheless, Manila is not all the Philippines and the city is completely different from the megalopolises of Thailand, Malaysia, and even Japan. This is a different culture, a different cuisine, a different standard of living. The sharp division between the rich and the poor, which is visible. Anything else is the clash of civilization and village, culture and chaos. All at once. I would be happy to visit Manila again.

Amateur traveler. I prefer a lot of small trips during the year, which I try to plan on my own. I hunt for sales of air tickets and hotels. I am happy to travel alone and in the company. I love to return to the places I like and approach them from the new side.