Vlad Dracula and everybody else 🙂

It was my colleague who suggested the idea of a trip to Romania, also suggesting to visit the Dracula’s castle in the fall, when it would be dark and depressive, so as to properly feel the atmosphere of this legendary place. Since I adore such ideas, I immediately agreed. As a result, our colleagues joined us and we drove as a cheerful company to the gloomy Bran castle.

As the most experienced traveler, I took up the development of a plan and, having collected wishes for places, budget and days, I began to search for information on flights, hotels and routes. As a result, our trip to Romania should take 4 days to go along the route – Sinaia (Peles Castle) – Brasov – Bran – Sighisoara – Bucharest. Naturally, we needed a car.

In terms of recreation, the country is quite ordinary, all information is on the Internet. Hotels can be found online and car too was booked without any problems. I should note that they have their own visa – Romanian. But Russians are allowed on a Schengen visa.

The choice of direct flights is not so big, but Aeroflot has quite adequate prices. I first got on board the SSJ100 (before that, they always changed them to A319, although I tried to guess) on this flight. I liked meeting this great modern aircraft. From the point of view of the passenger, there is generally no fundamental difference with its classmates.

So Bucharest meets us! We quickly went through all the formalities, took the car and dove to Sinai according to the plan. Morning, fog, the sun emerged gradually … everything around looked somewhat poor. The big cities are still nothing, and the villages are quite simple – horses, people dragging firewood, shacks. I did not think that there is such a thing in the middle of Europe. Usually small villages there look like fairytale ones, and here the farther from the major city and highway, the poorer. Their backwoods reminded the outback of Russia. Romanians themselves are friendly and very nice people. 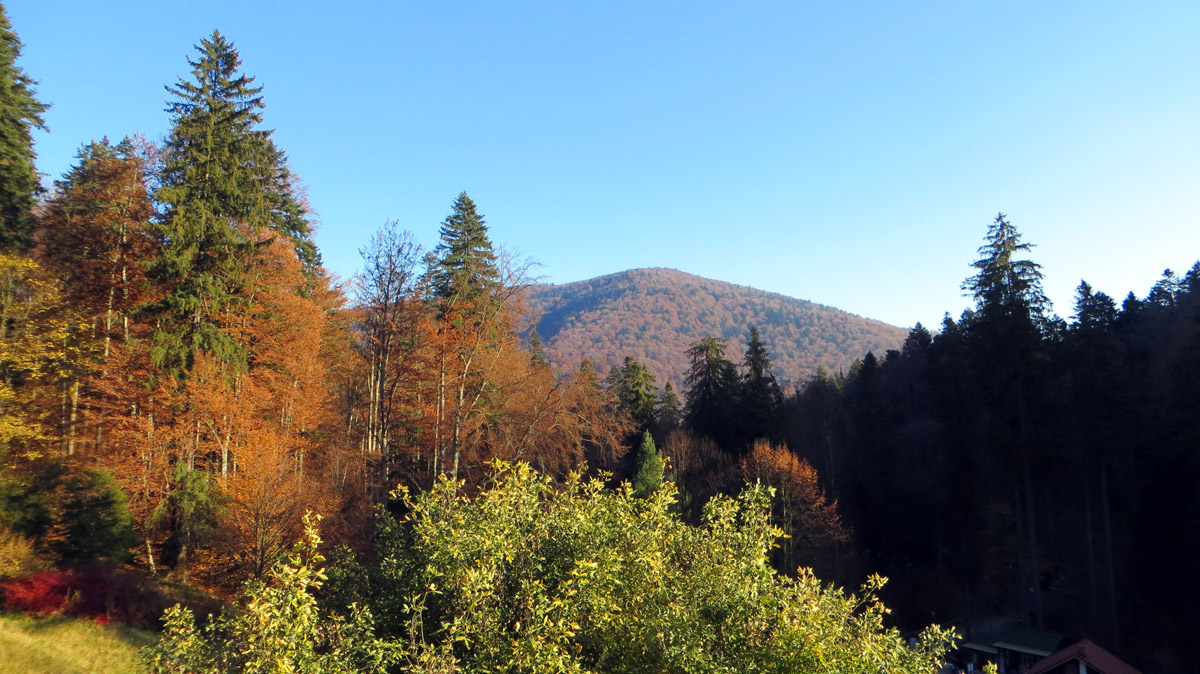 After passing through several towns and villages, we reached the mountains. When I saw the railroad, I immediately remembered the phrase – “The fast train Bucharest-Sinai arrives on track 1!” Well, or something like it was in the movie “Nameless Star”. It was amazing to see this place – I never thought about the location of this place while watching the movie. 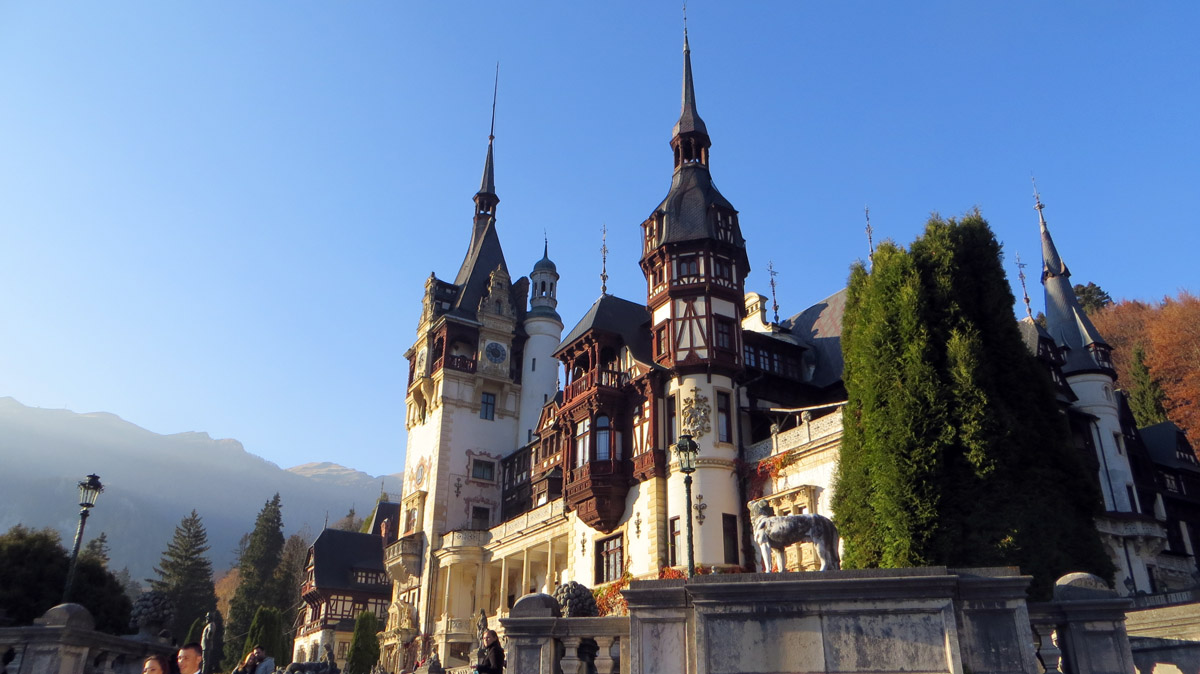 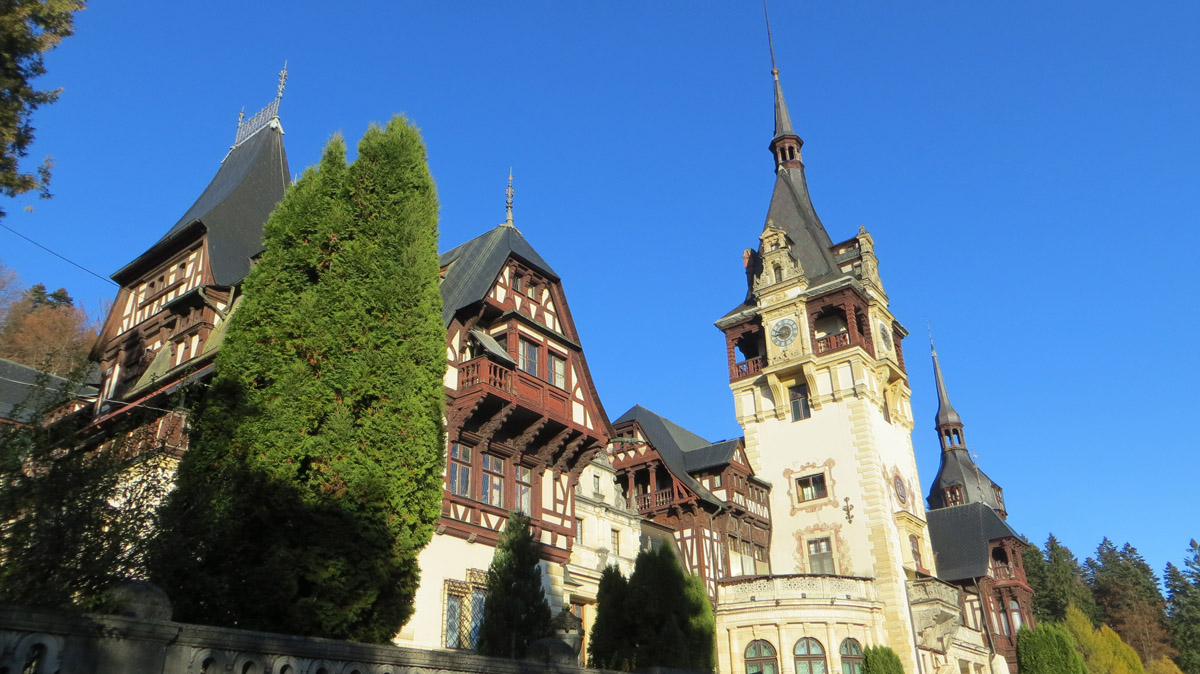 The mountains are beautiful there, and in the fall, when they are full of colors, this is simply an amazing sight. And in the midst of all this, Peles Castle is a very beautiful place, with some special atmosphere. It’s filled with a special touch. 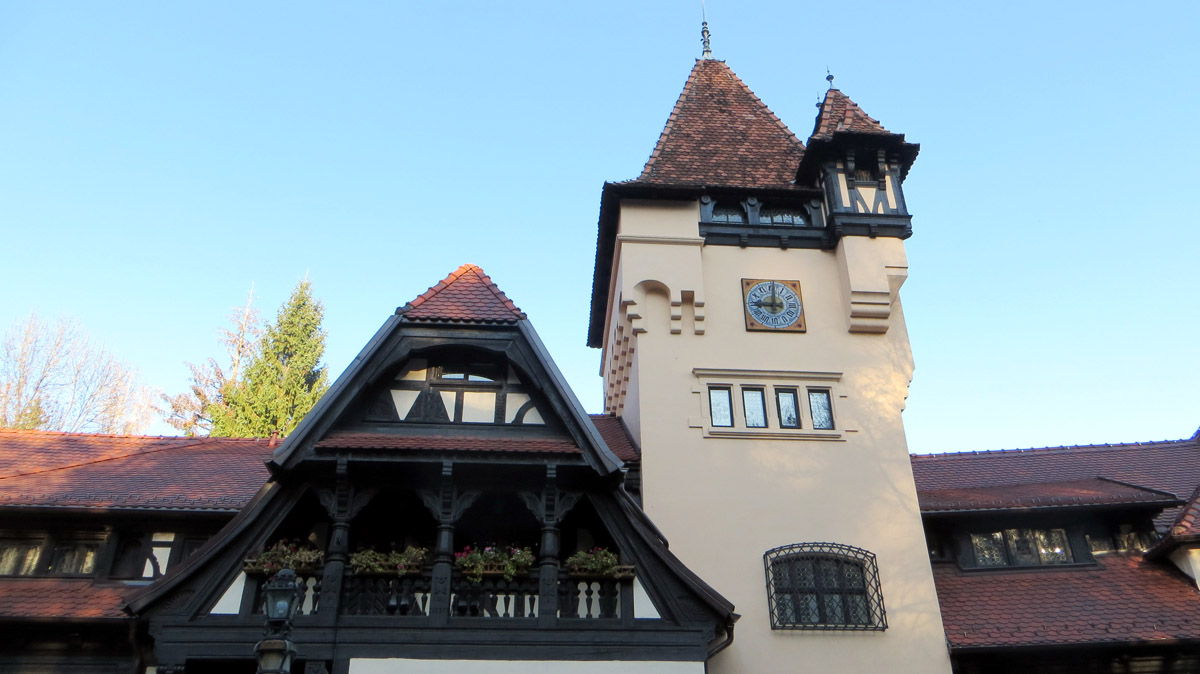 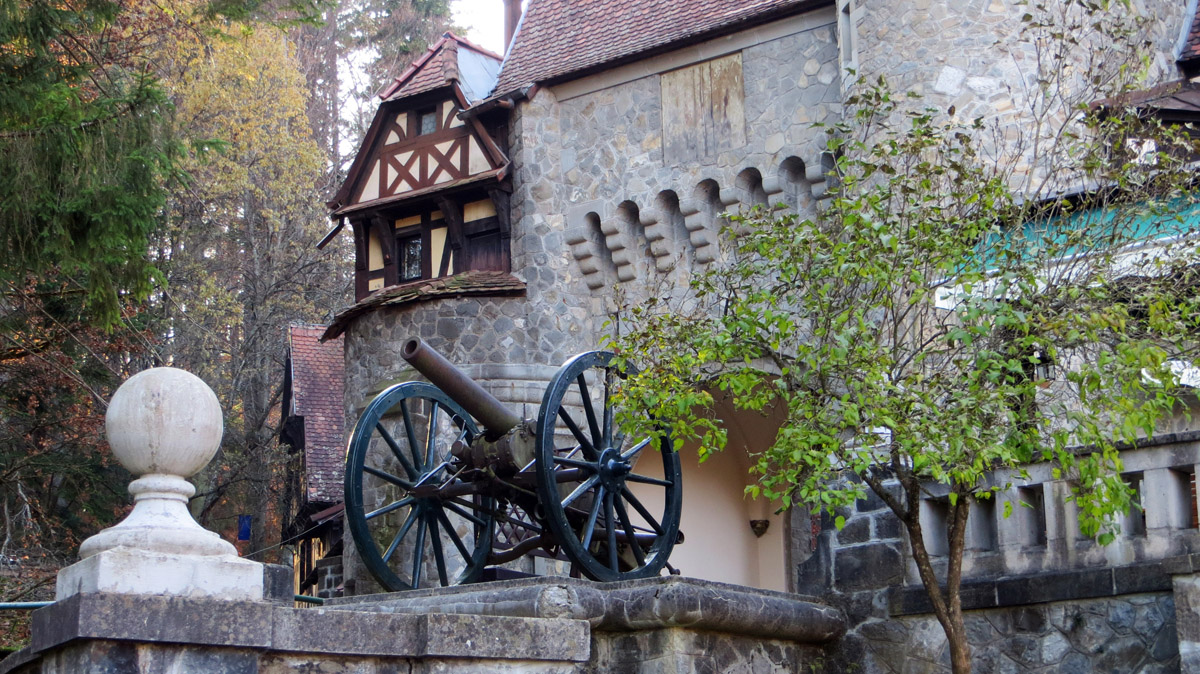 After enjoying the views, we went further – to Brasov. Hello Transylvania! The mountains grew taller, the trees became bare and we saw the dreary-autumn landscape that we wanted to catch. Indeed, for this region, autumn is some kind of special period when conversations about vampires in the evening are especially interesting and are complemented perfectly with red wine . Brasov itself is a small but cozy city, they say, there is a ski resort nearby, which attracts tourists. 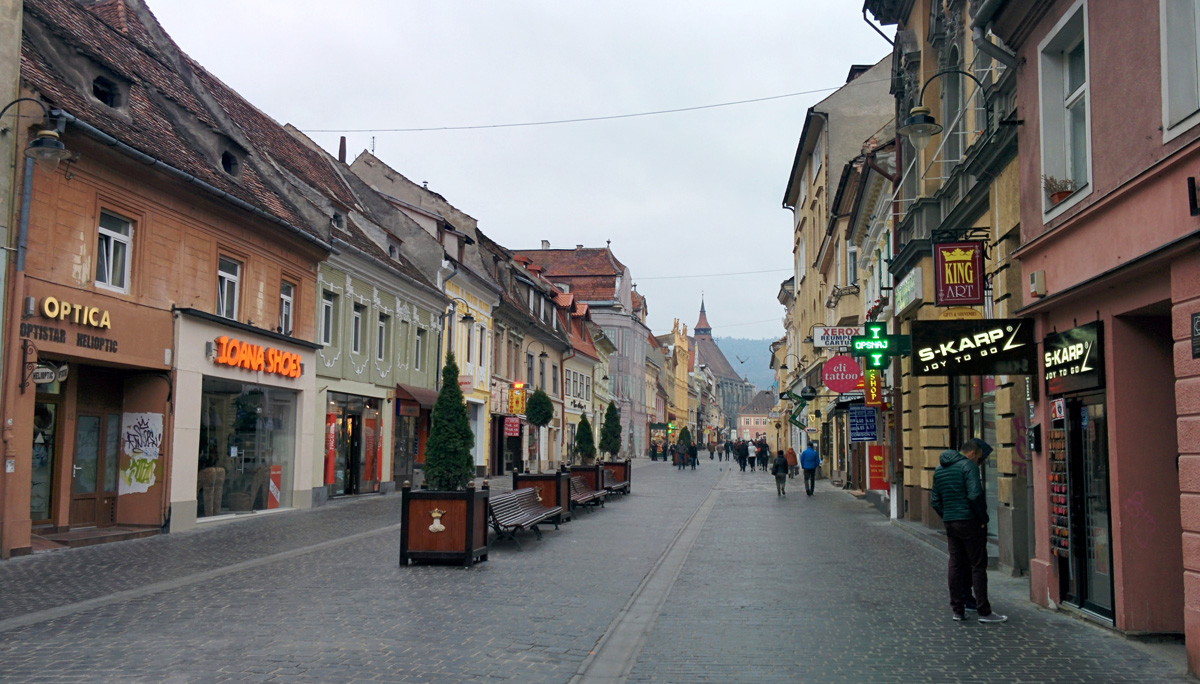 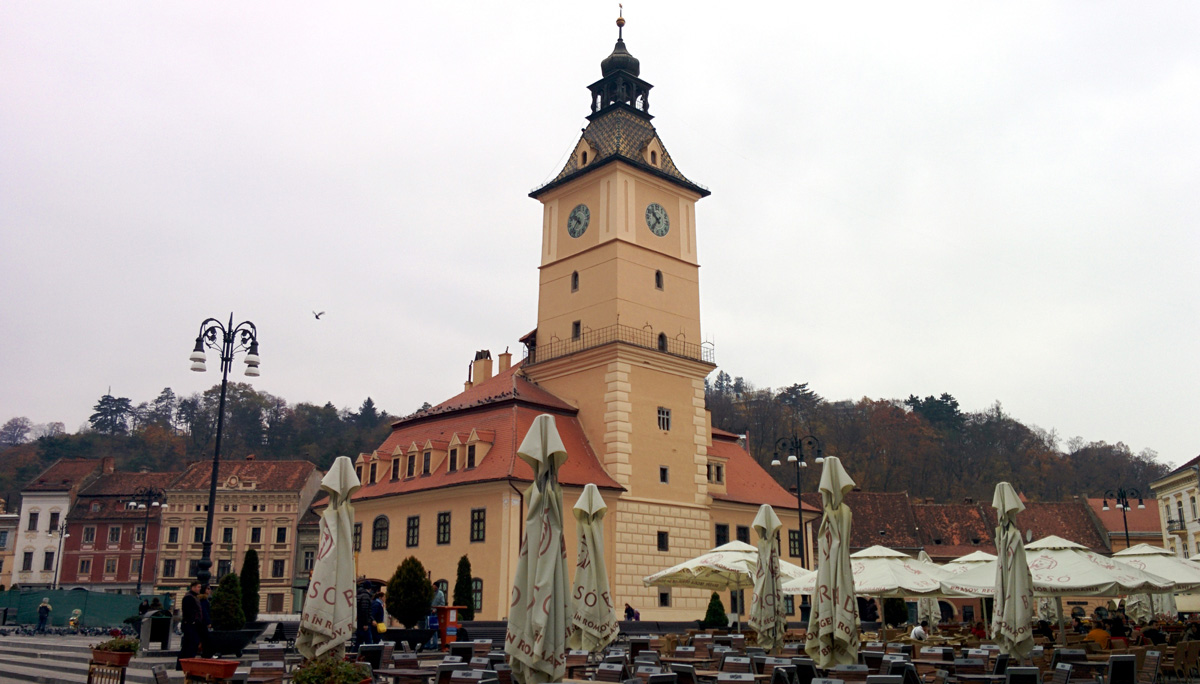 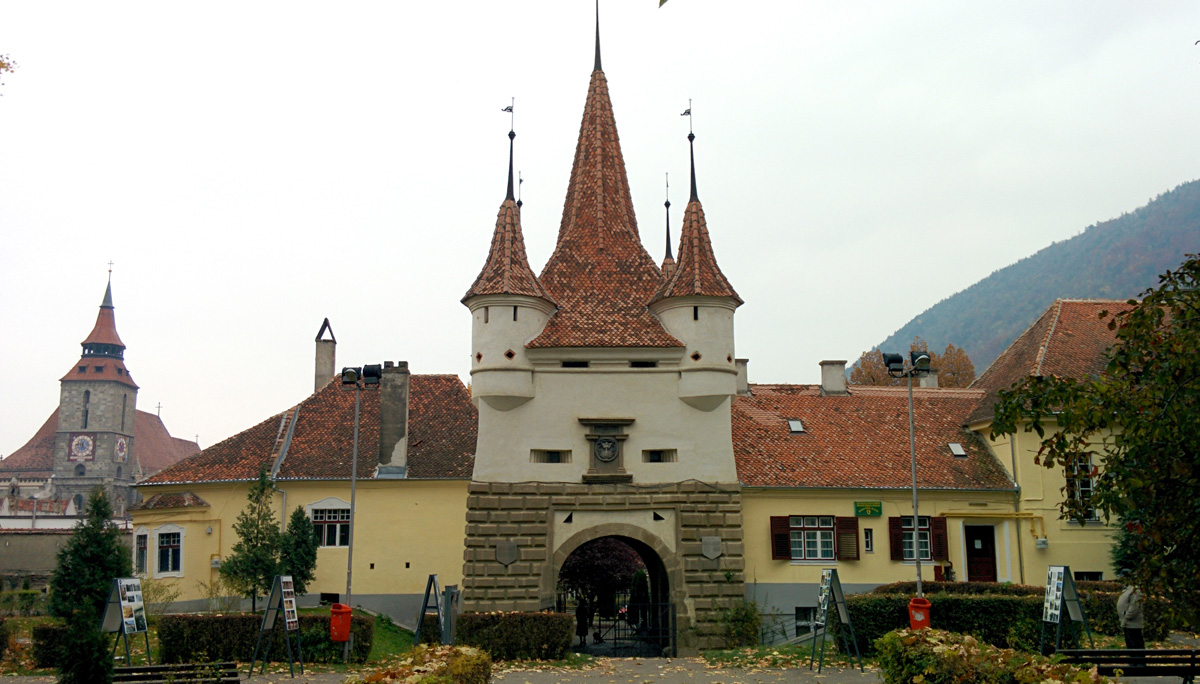 It was still early for skis, so we enjoyed walks, the city and were preparing to move on. 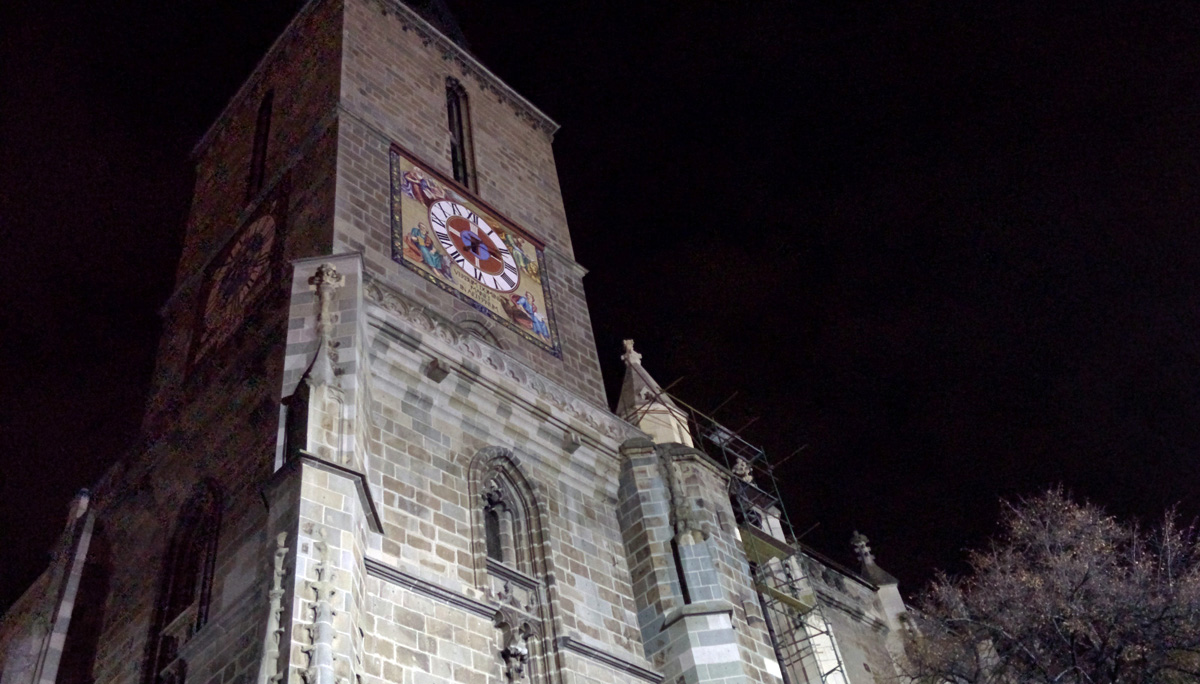 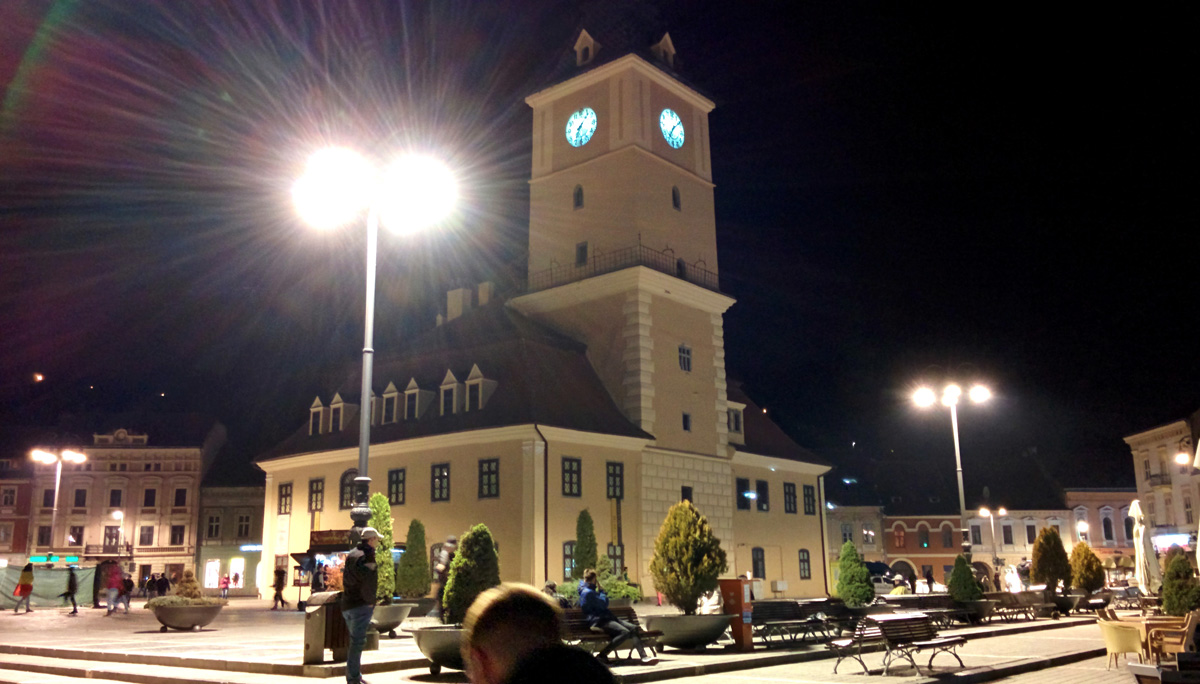 Off to our main goal – the dark castle of Bran, the castle of Count Dracula! 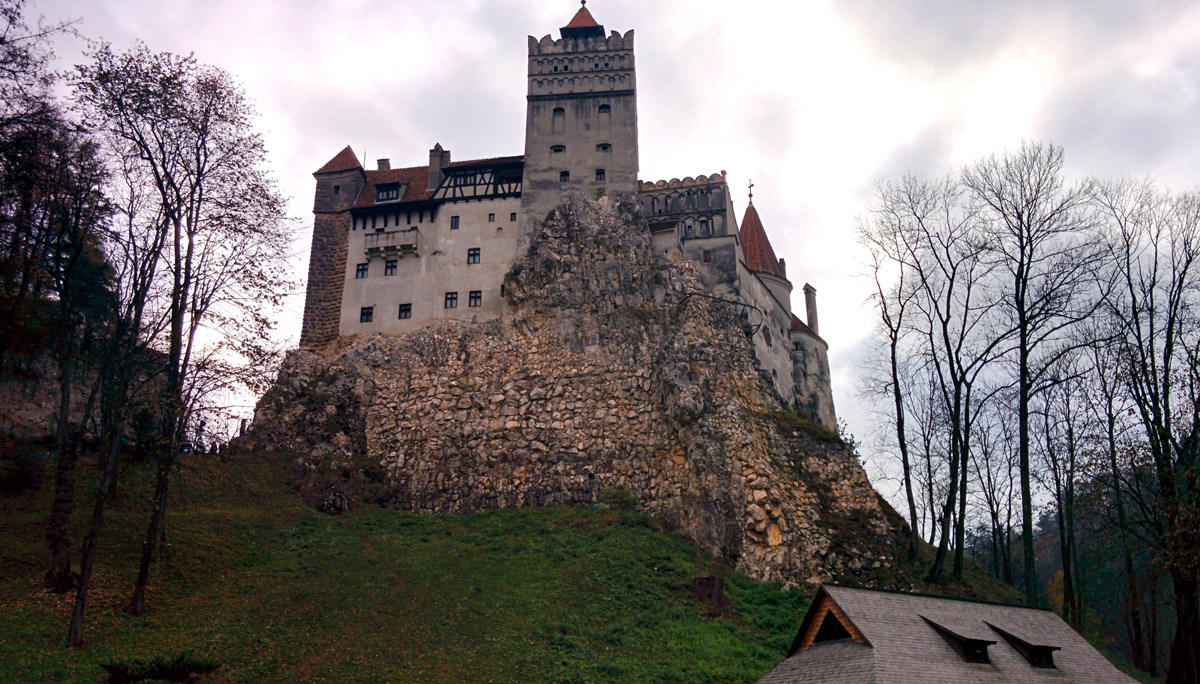 But, as a result, we found out that Bran Castle, which is now the main tourist attraction, is just a castle. Vlad Tepes (the real prototype of Count Dracula) stopped there once passing through (rumours). That’s all of his “vampire” story. He gained fame thanks to Bram Stoker and his film, as he approached because of the entourage of the area. After that, tourists drove there, and the locals made it a landmark. The castle is just a castle. The real castle where Vlad lived is far away, and it has not been preserved. We looked at its ruins online – a pair of stones on the hill. We decided that we can skip and not go there. 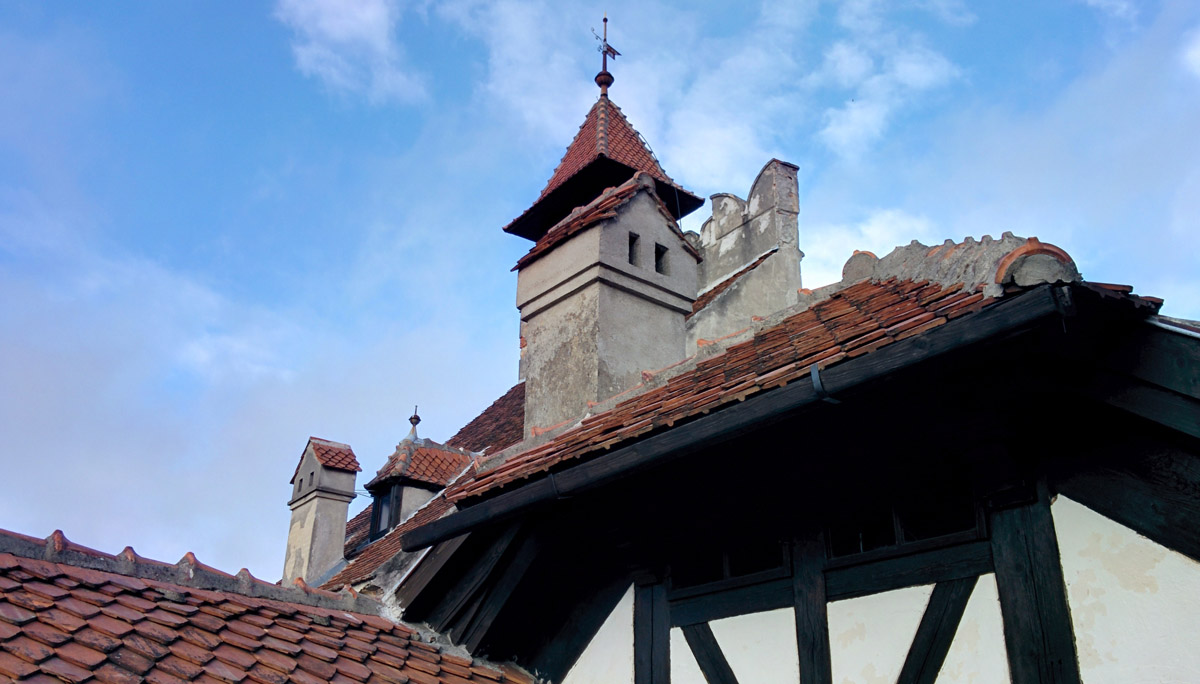 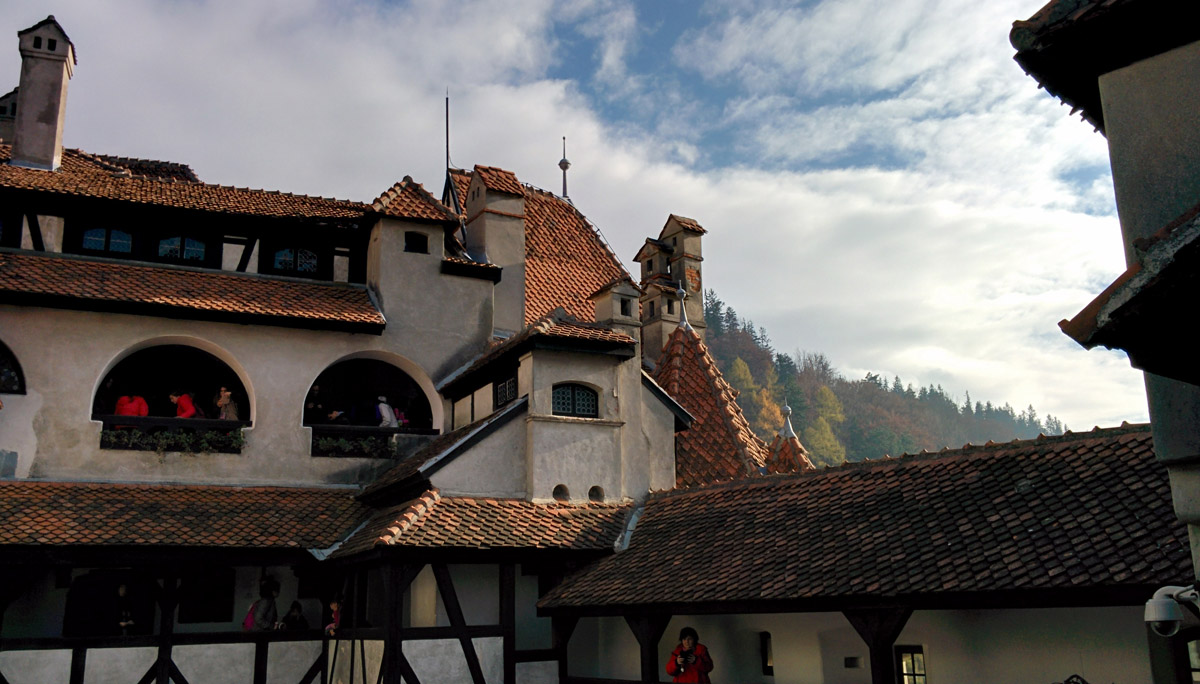 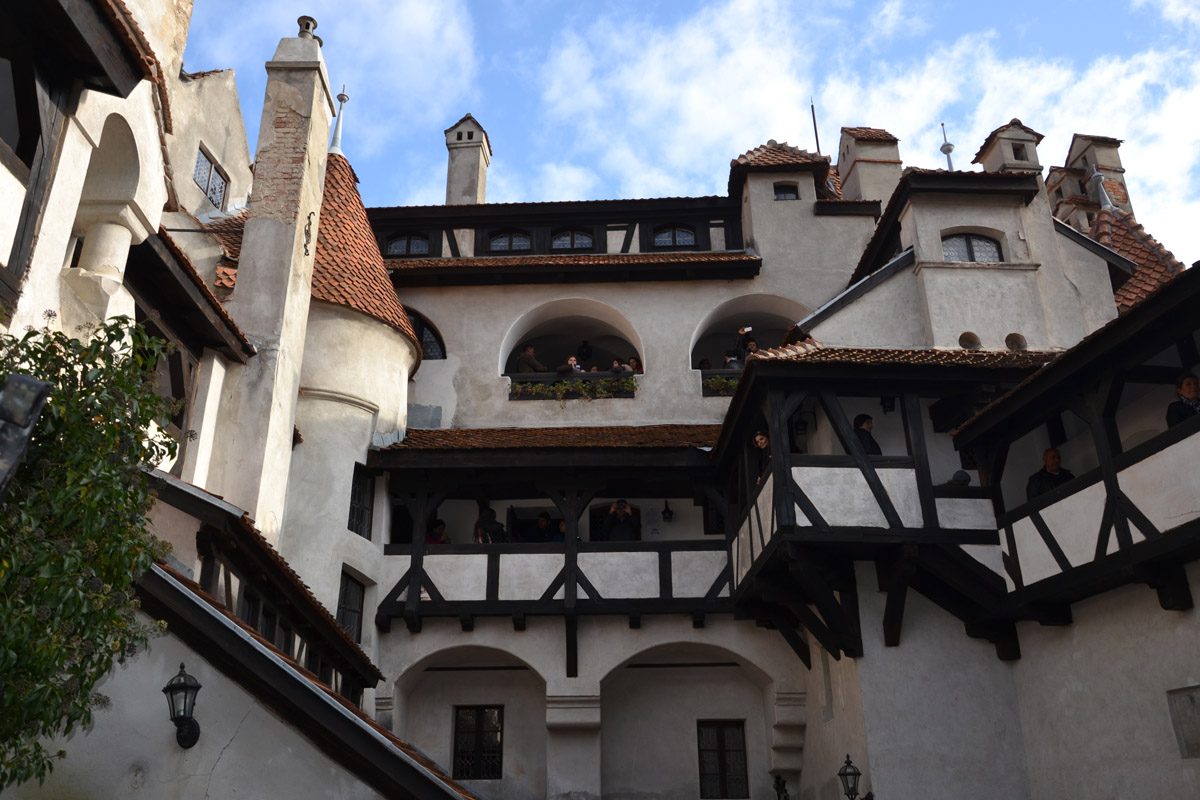 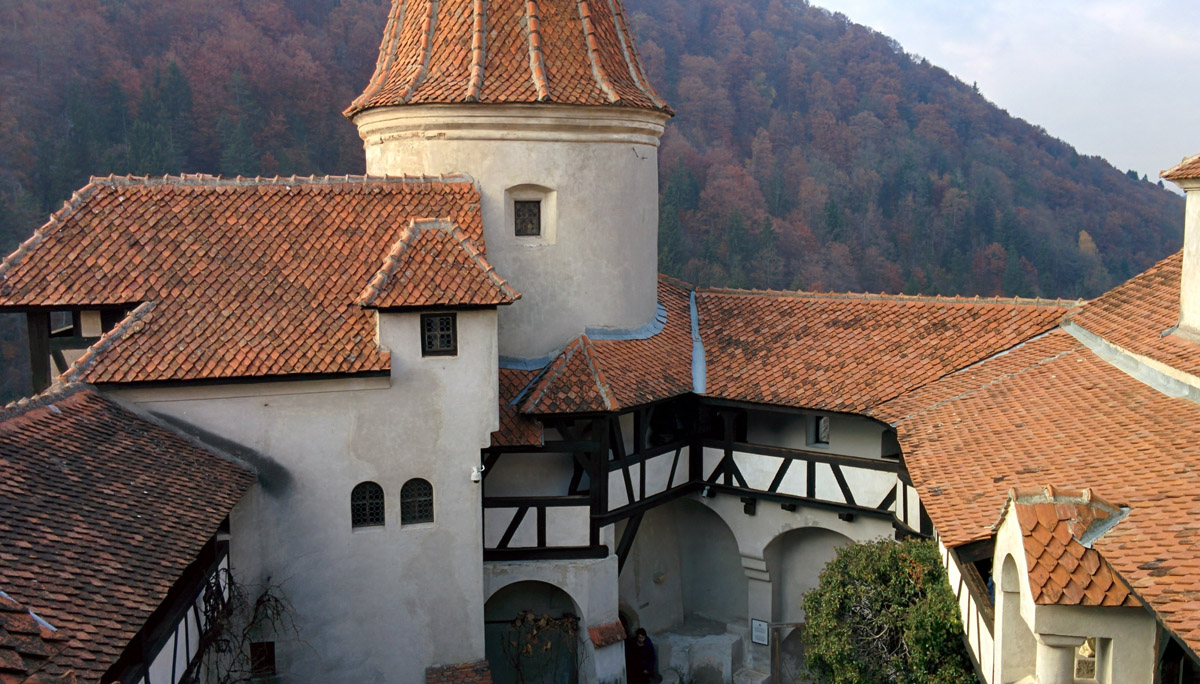 There are many small hotels near Bran where we rented a room for the night. In the evening, in the dark, we wandered around the area, scared each other and laughed at what was happening. 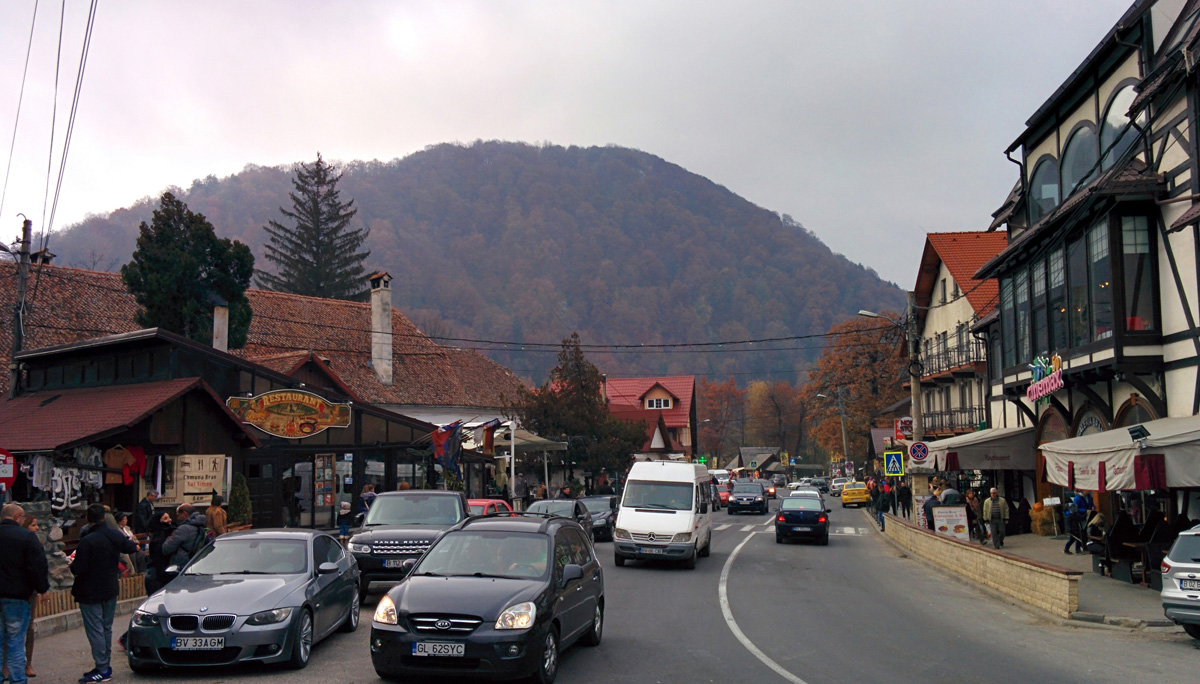 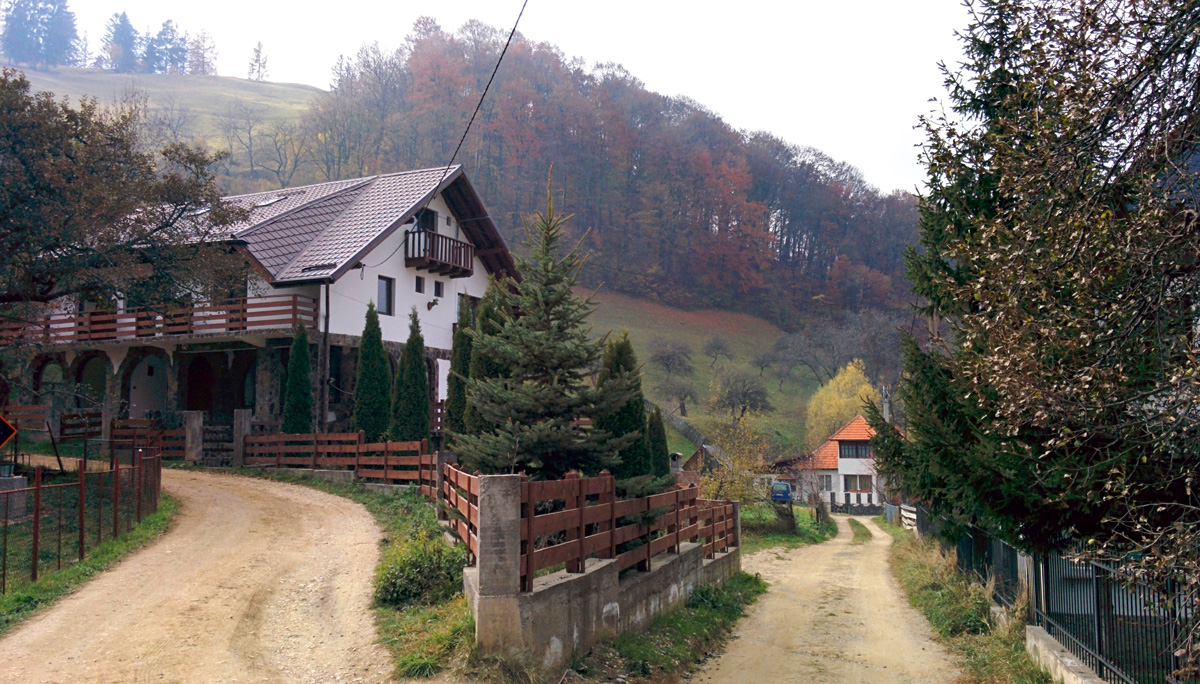 We took photos of the castle from each side. 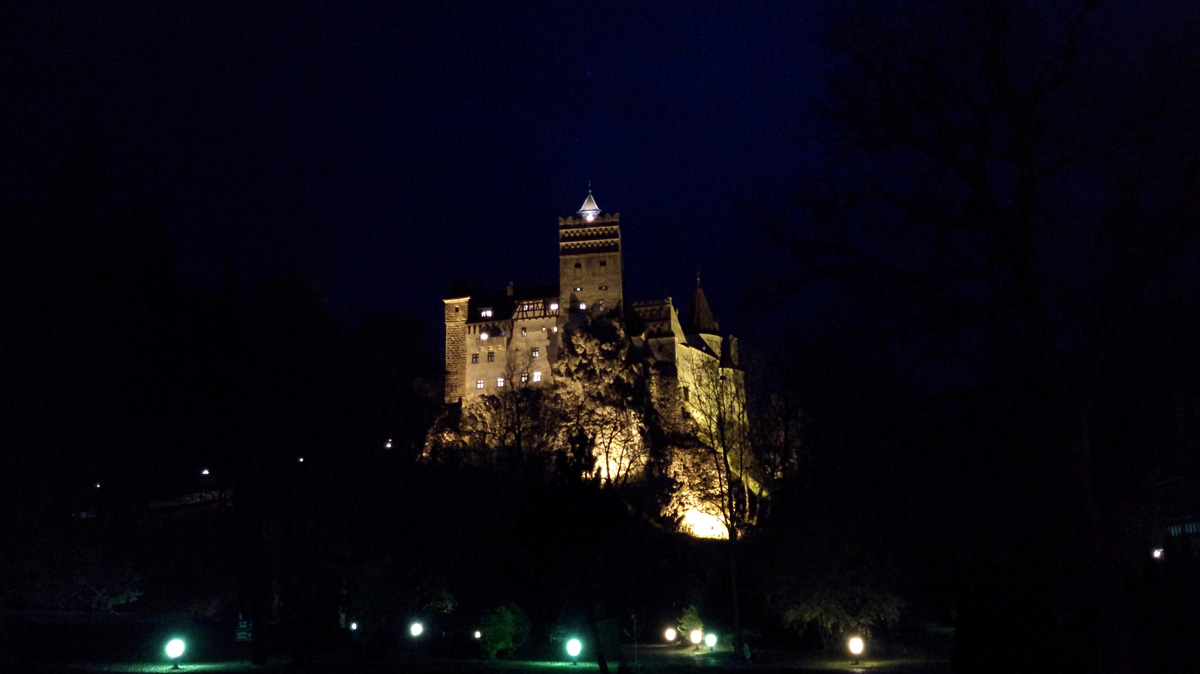 And in the morning we moved on to the glorious city of Sighisoara. It turned out to be quite a colorful one, with a restaurant in house, where, as they say, Vlad Tepes lived. There is a monument to him there … Having walked around the city, we went back to Bucharest. 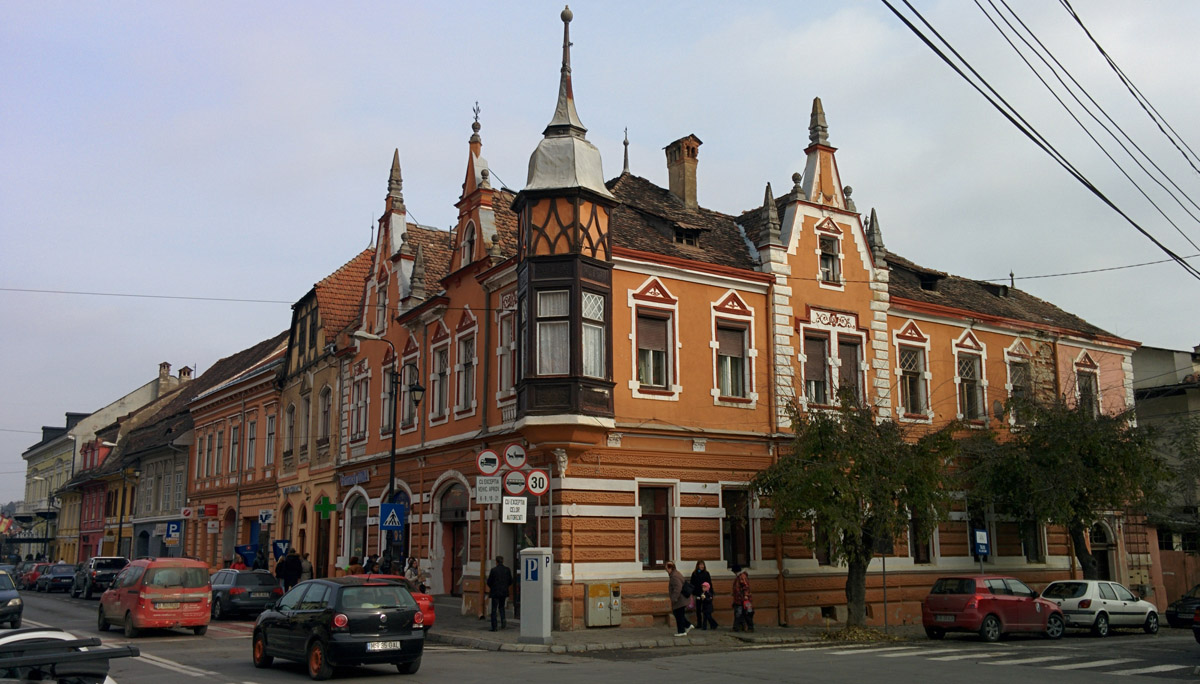 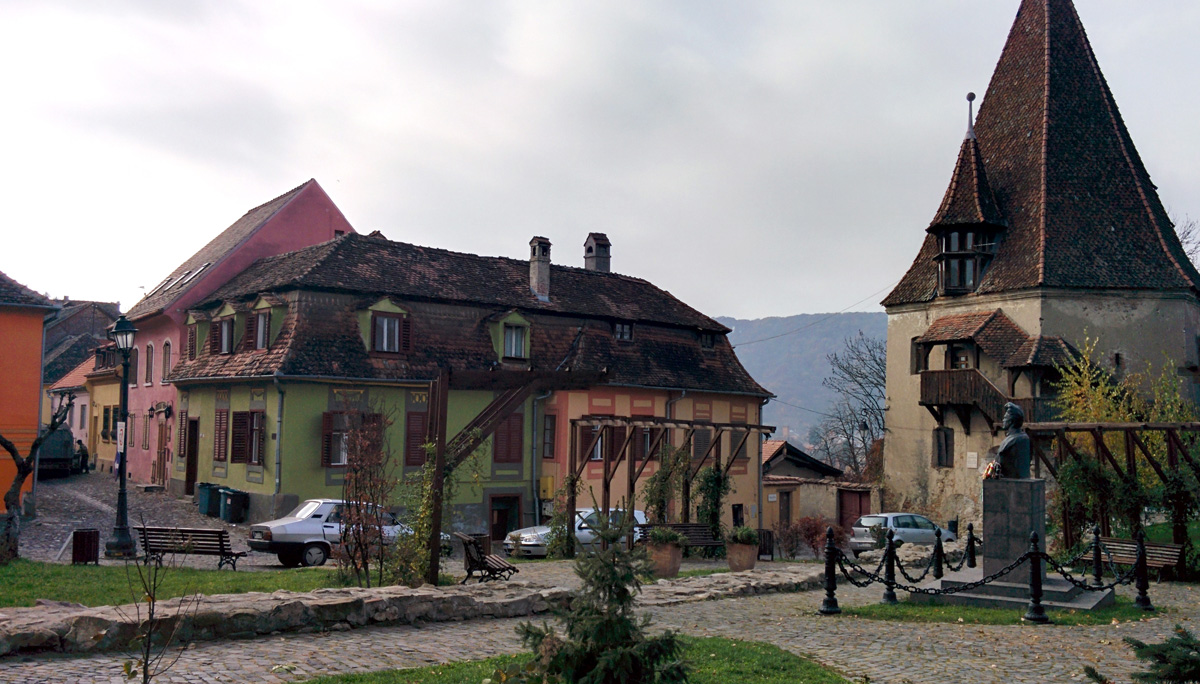 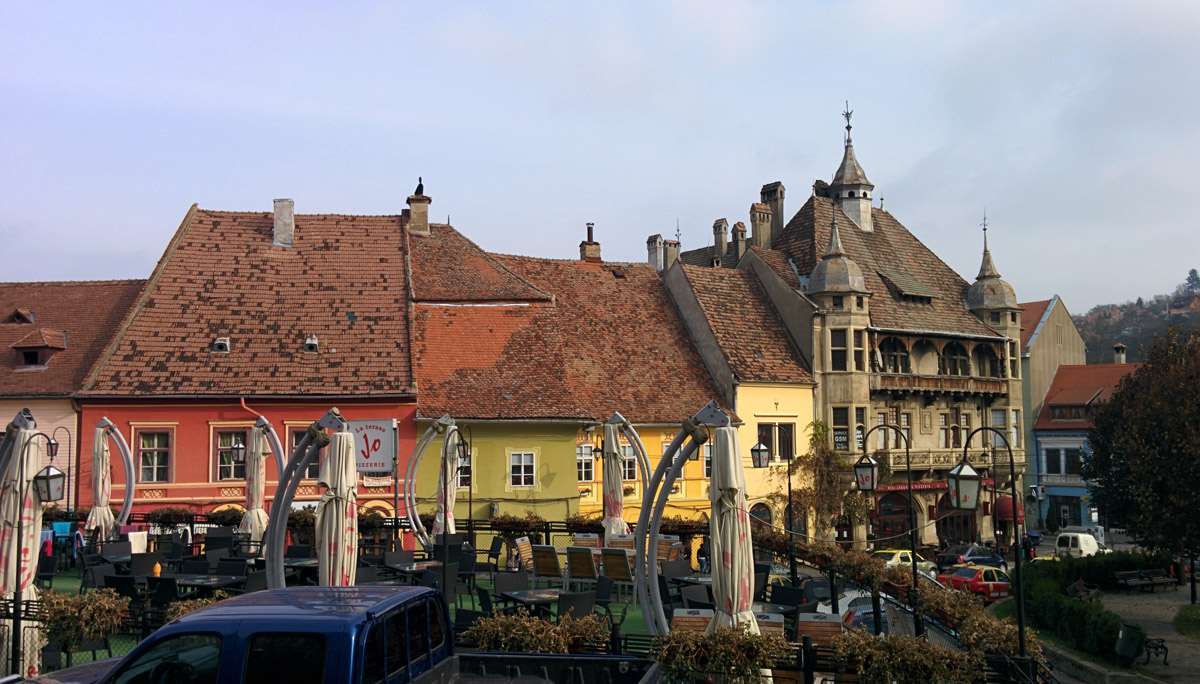 I note that they have high-speed tracks, but the dividers are not everywhere, and there is no lighting on some of the roads. You need to be attentive and careful, travel is large in time and mileage, so you need to carefully calculate the time and its capabilities.

Bucharest greeted us with traffic jams. Like many cities in Eastern Europe, it has a distinct center, most often a tourist, and more modern exurbs. In the city itself, there are not many attractions. We spent the evening in bars and small streets of the center.. 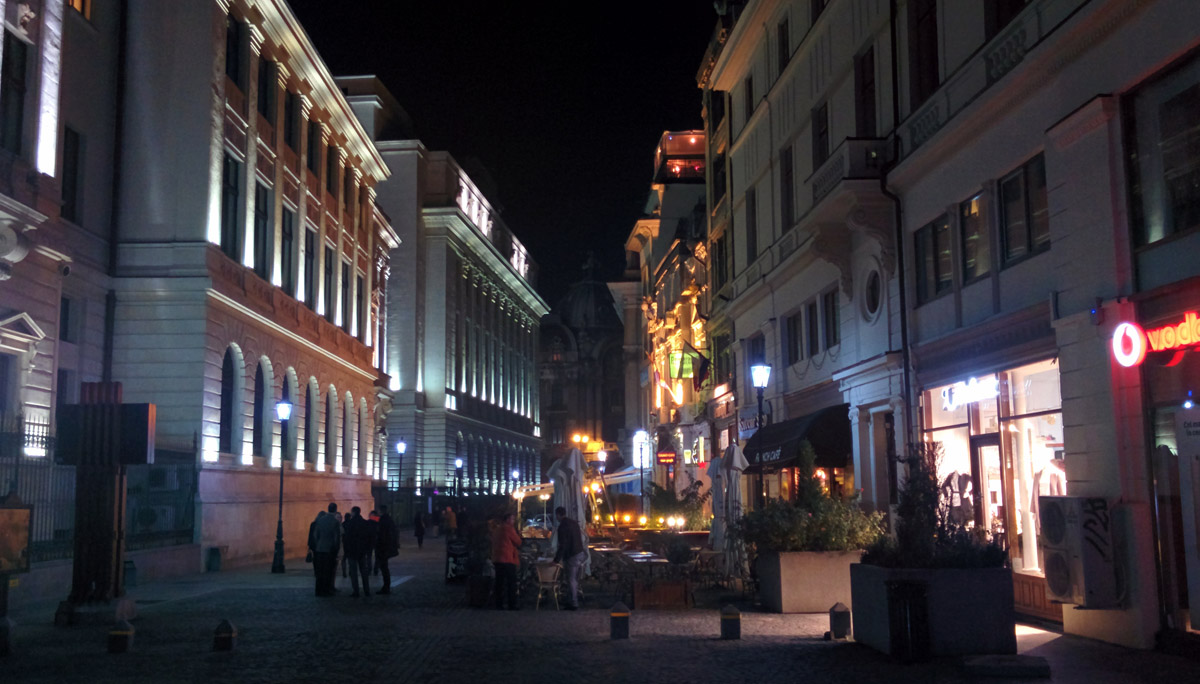 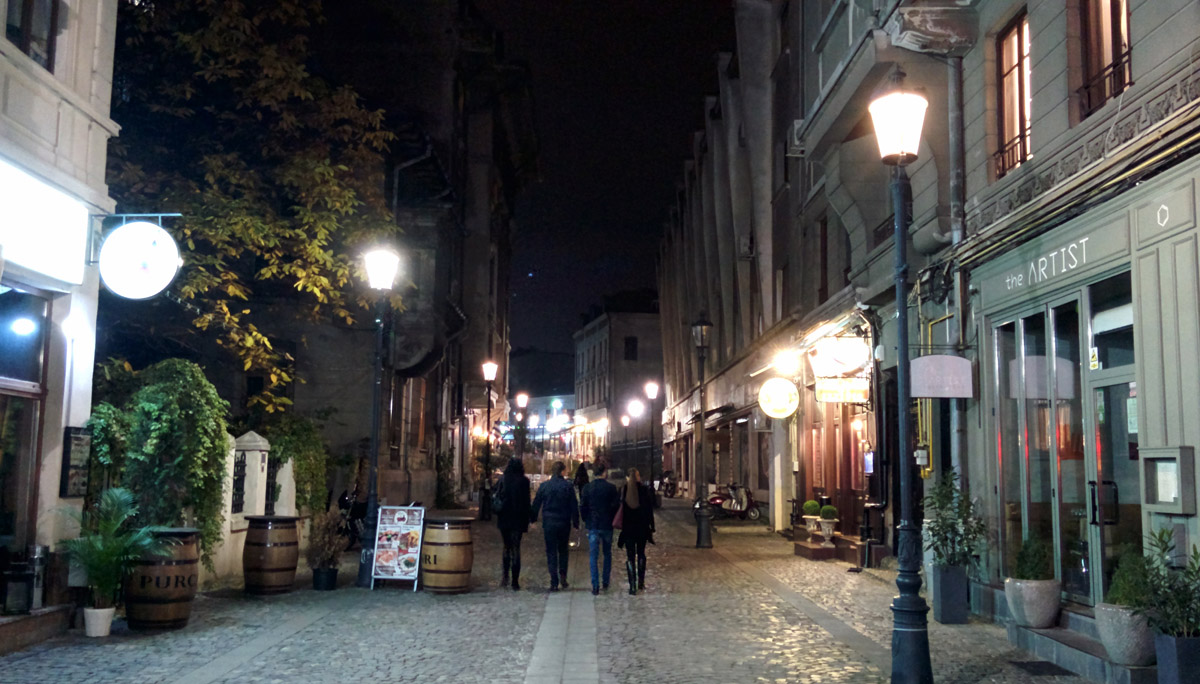 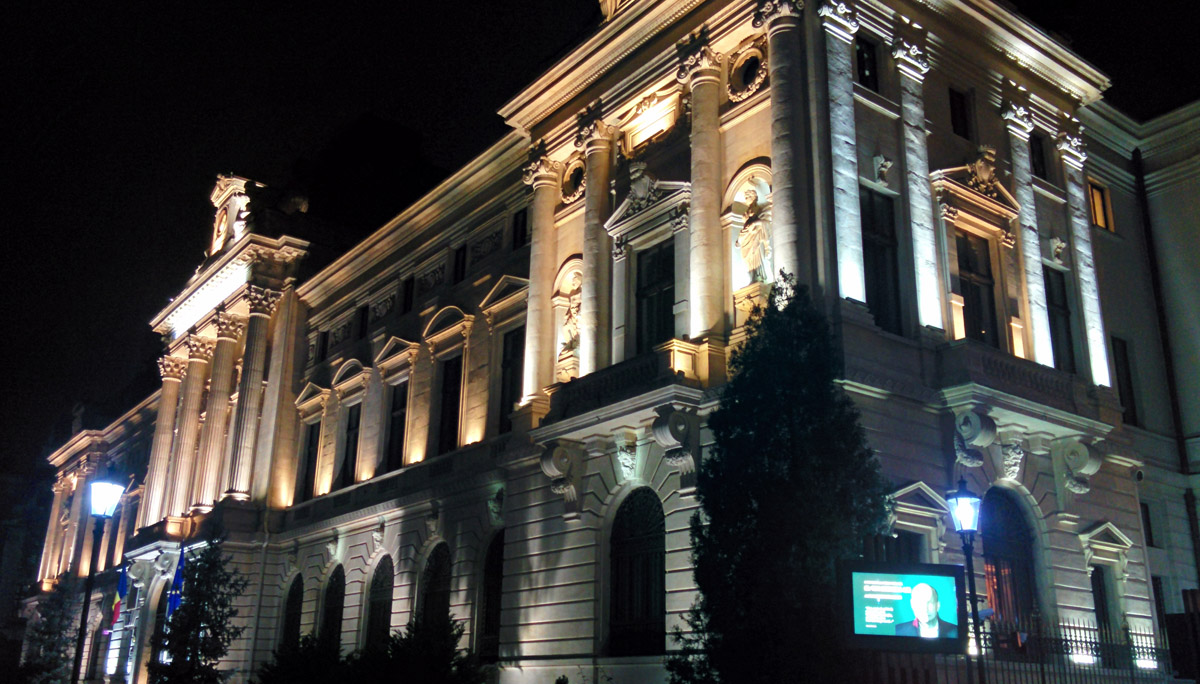 Probably, I will be happy to return to Transylvania. There must be many other castles and other towns that are not much spoiled by the attention of tourists. And yes – they smoke everywhere. From morning to evening. Be ready for this.

To explore Romania with a guide you may through Foxiepass.com

Amateur traveler. I prefer a lot of small trips during the year, which I try to plan on my own. I hunt for sales of air tickets and hotels. I am happy to travel alone and in the company. I love to return to the places I like and approach them from the new side.