Traveling by car, after crossing the customs border, Poland was the first country of “classical” Europe on our way (forgive me Belarusians, Russia, like Belarus, I consider as a “special” part of Europe, so to speak, with its own “special way” ). The first thing we noticed when we passed the border was the quality of the roads (speaking of highways). In Belarus, the roads and hightways are clearly better than in Russia, and in Poland (in my personal unprofessional opinion), they are better than in Belarus. Even in the provincial border areas, road quality is striking. They are clean (dry and no reagents), effectively decorated with reflectors, with convenient interchanges, navigation and a network of auxiliary facilities (gas stations, recreation areas, etc.). We previously traveled regularly by car  in Europe, but now the contrast is too obvious – in a short time we managed to compare all the options.

Since there was a long way from the border to Warsaw, we decided to take a break at an intermediate point on the route, and for some reason chose Wroclaw. And regretted it. The city was not at all tourist-friendly: there was no parking in the city center, there were no cafes near the central sights, the terrible quality of the roads (yes, we drove off the highway, and were worried about our car’s suspension, bouncing on numerous Wroclaw pits) intense traffic on narrow streets, a large number of neglected Soviet five-story buildings and other moments. Without having made a stop there, we went further to Warsaw.

By the way, praising the Polish roads, I would like to mention the shortcomings. The main – is a surprisingly aggressive driving style of Polish drivers. They are pruned suddenly, sharply, with some kind of (it seems) pleasure. This applies not only to cars, but also to trucks: here you are driving on the highway with the allowed speed (110-130 km/h), and suddenly between you and the car in front appears a truck that will drive in the left lane for a long time, like overtaking another truck on the right … After the streets of Moscow (which I personally think are filled with very aggressive drivers), the behavior of motorists in Poland was somehow even surprising. 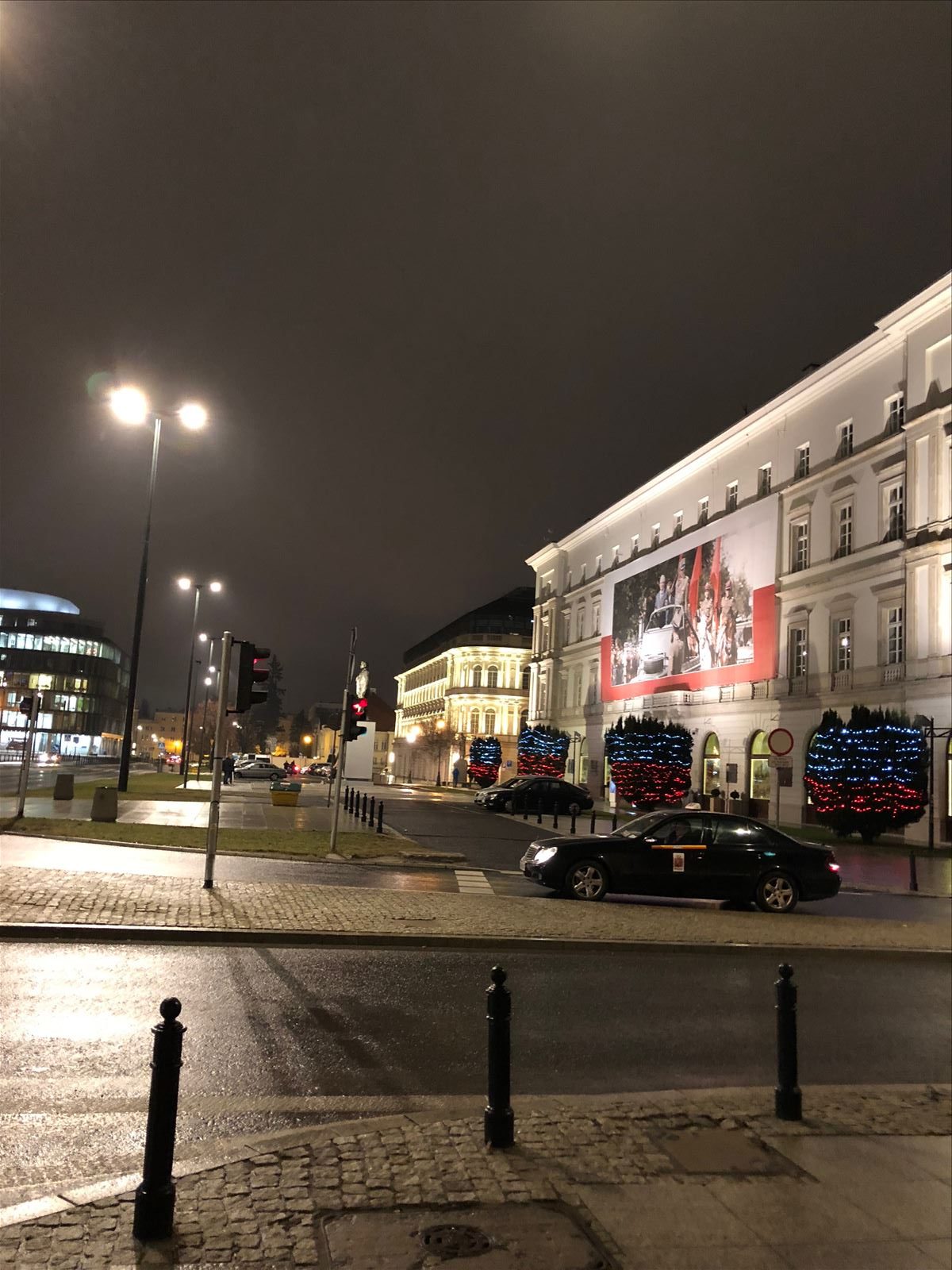 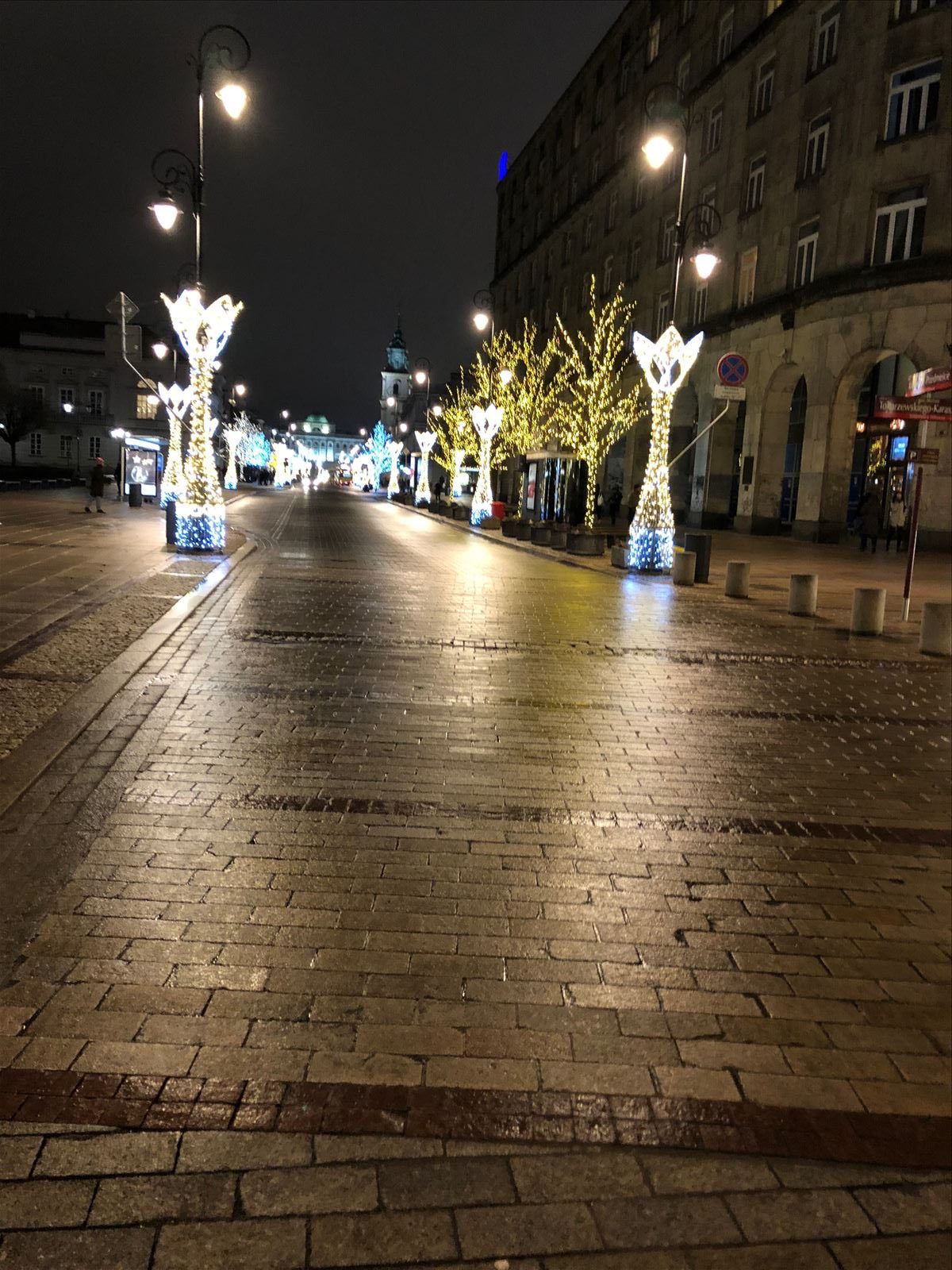 We arrived in Warsaw in the evening, and immediately plunged into a Christmas fairy tale: the whole city center is decorated with festive garlands, the Christmas market is filled with tents with mulled wine and all sorts of goodies, the main square (on which, by the way, there is a huge skating rink) and the surrounding streets are all in paving stones, historical buildings well maintained and in excellent condition. In general, amazing. 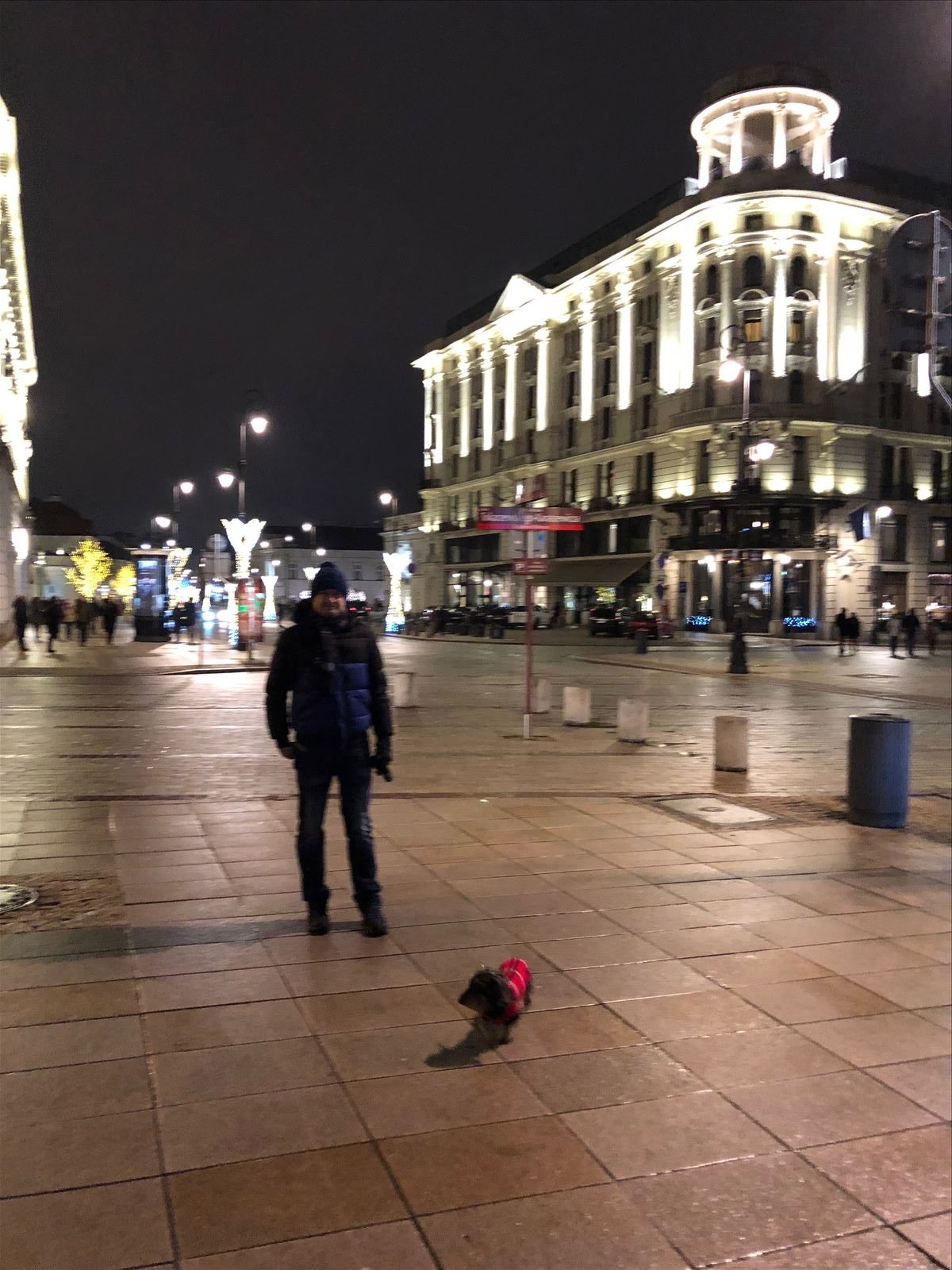 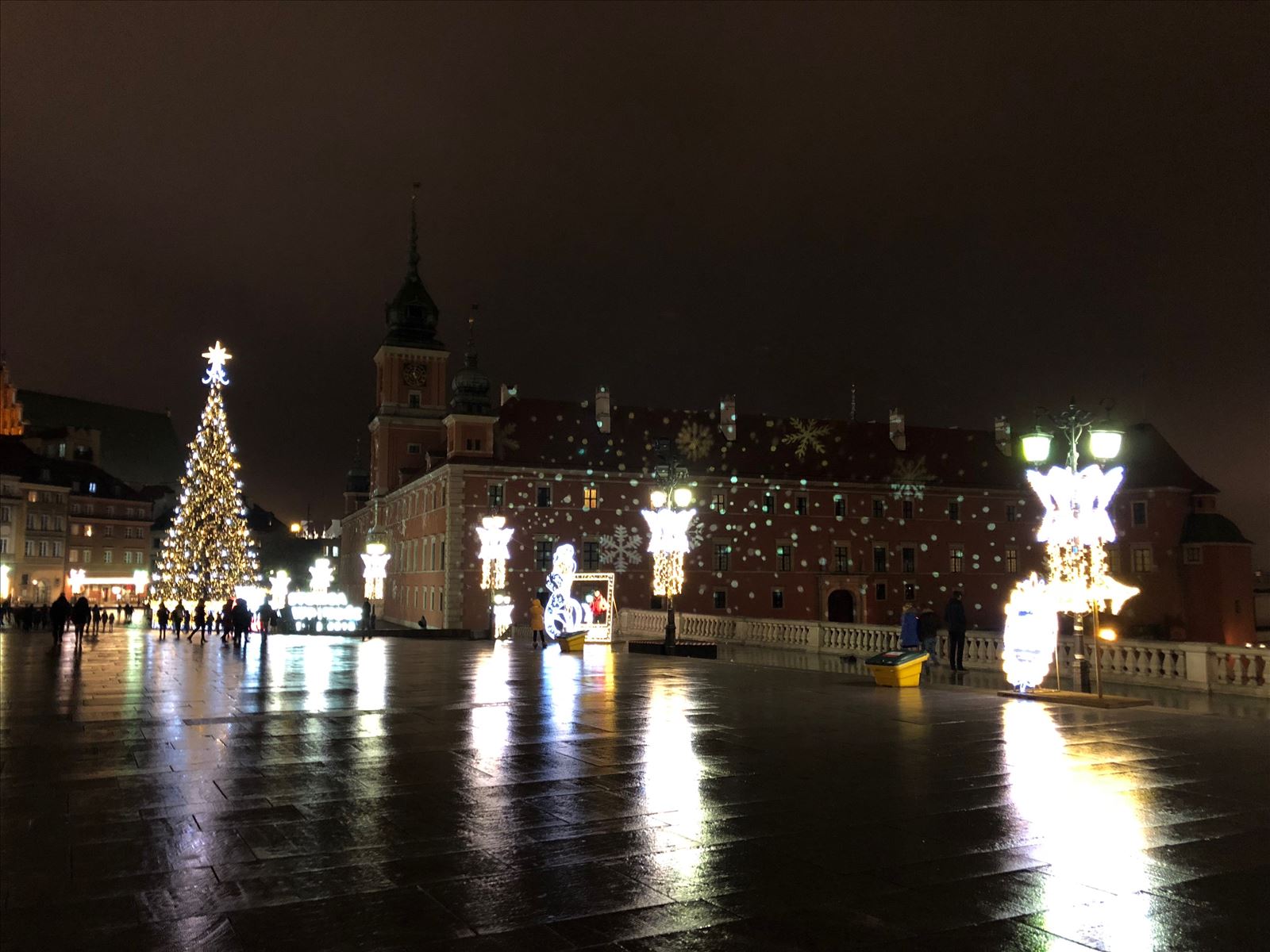 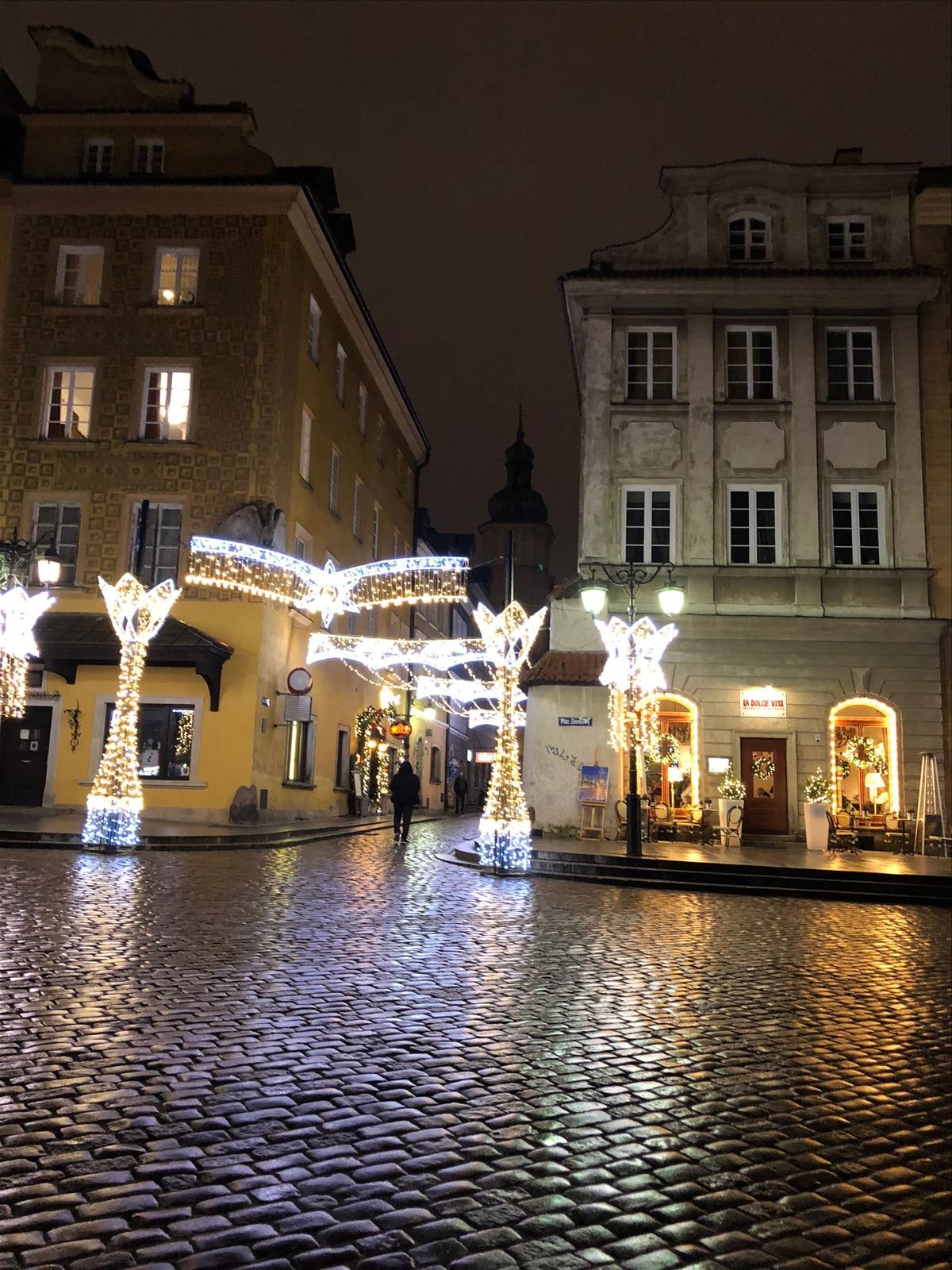 One of the central squares next to the Christmas tree had illuminated dates of 1918 – 2018 hanging. We didn’t immediately understand what was going on. But the truth is, Poland in its present form is a relatively young state – after the First World War it left the Russian Empire, where it fell after the war with Napoleon. Indeed, this year Poland celebrates a significant date. Taking into account the complicated history of relations between our countries in the past (only the campaign against Moscow in the Time of Troubles is worthwhile, not to mention its inclusion in the Russian Empire, and there is no point in mentioning the recent history at all), it was interesting to see with our own eyes the real attitude towards Russian tourists. 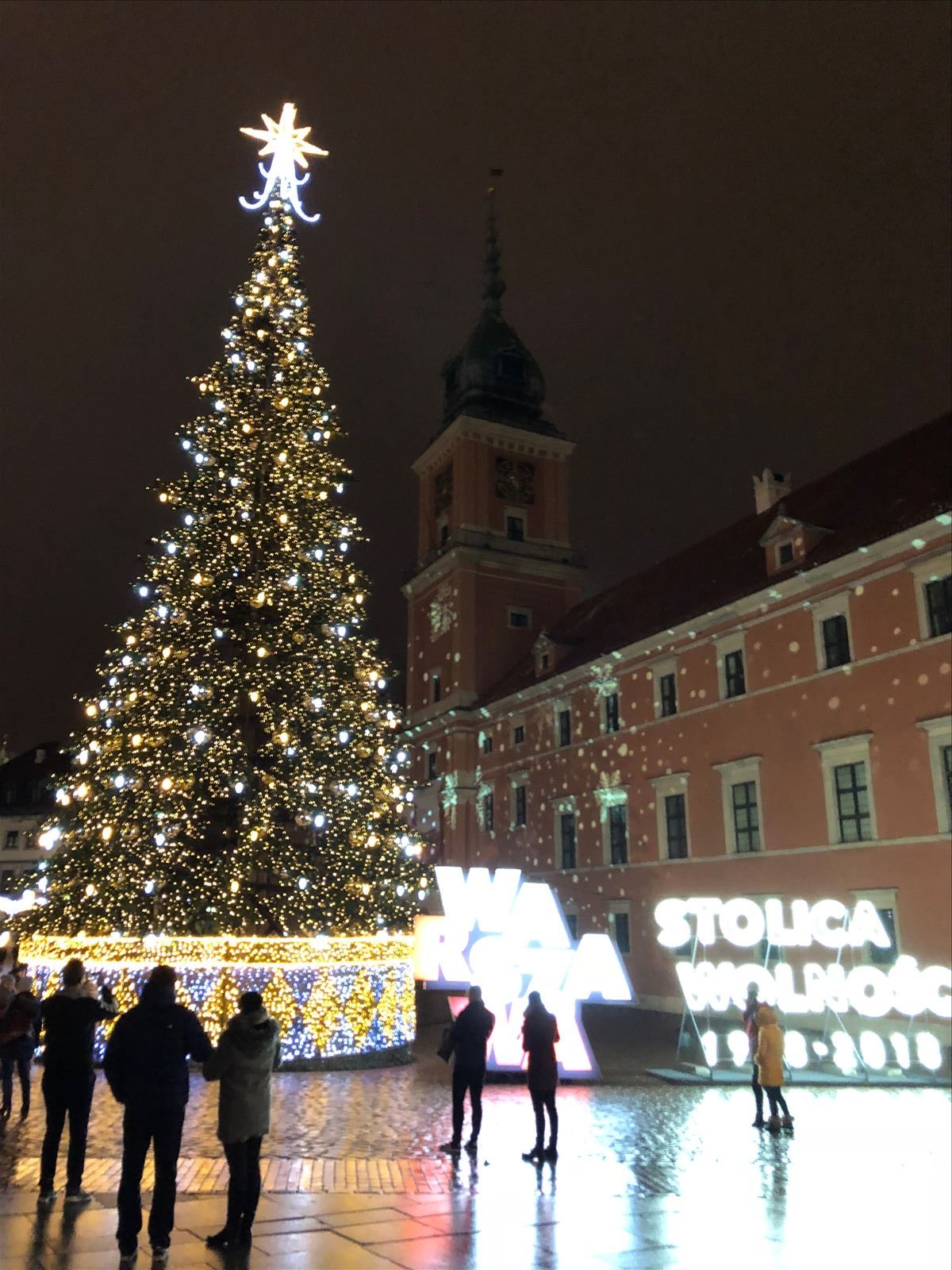 We didn’t notice any special attitude – all the tourists there are treated equally friendly. Well, except for dogs :)). Because finding a dog-friendly cafe in the center of the city turned out to be a daunting task. There were many pleasant places, but almost everywhere we were denied because of the presence of a dog. And only in one wonderful place – the cafe Ciao, Napoli!  – we were very friendly received along with our pets. Not only it was unreally tasty there(the local pizza is worth trying), also a mega-friendly service. By the way, despite the fact that Poland has been a member of the EU since 2004, it has not yet introduced the European currency, so in all tourist places it was necessary to operate in the local currency – zloty. In most cases, it was not difficult to pay with a card, but the question of tips, for example, had to be decided on the situation. 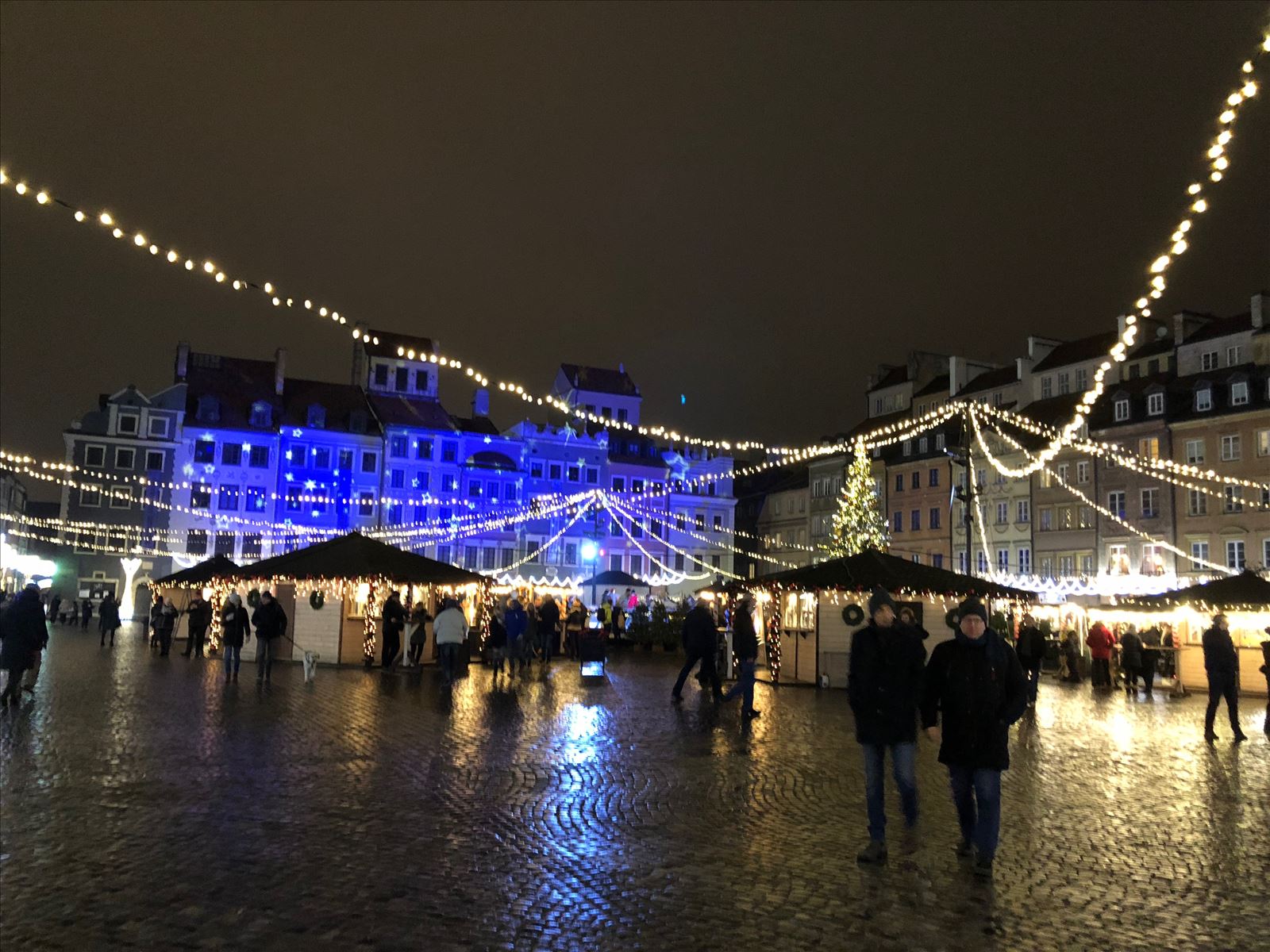 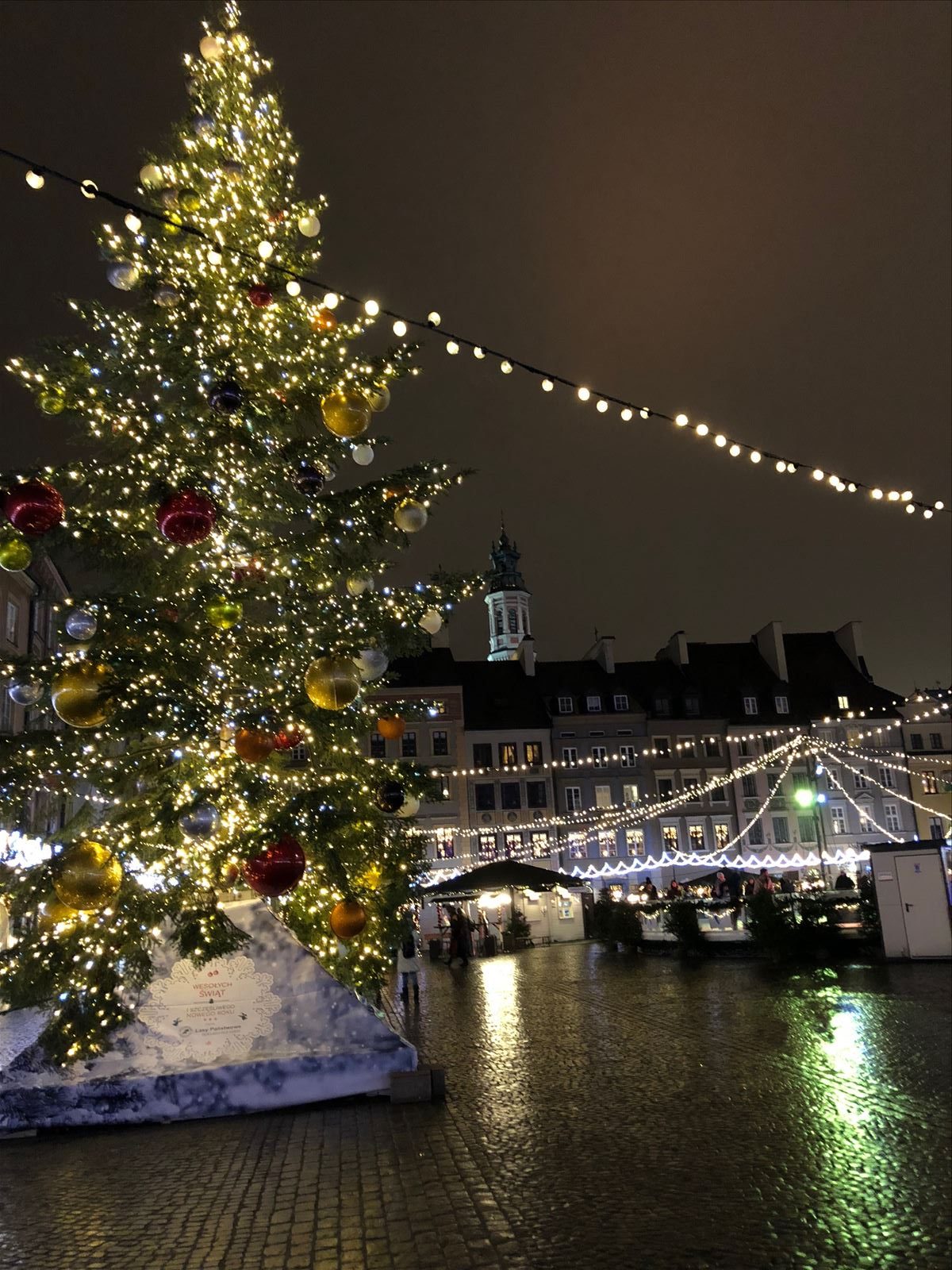 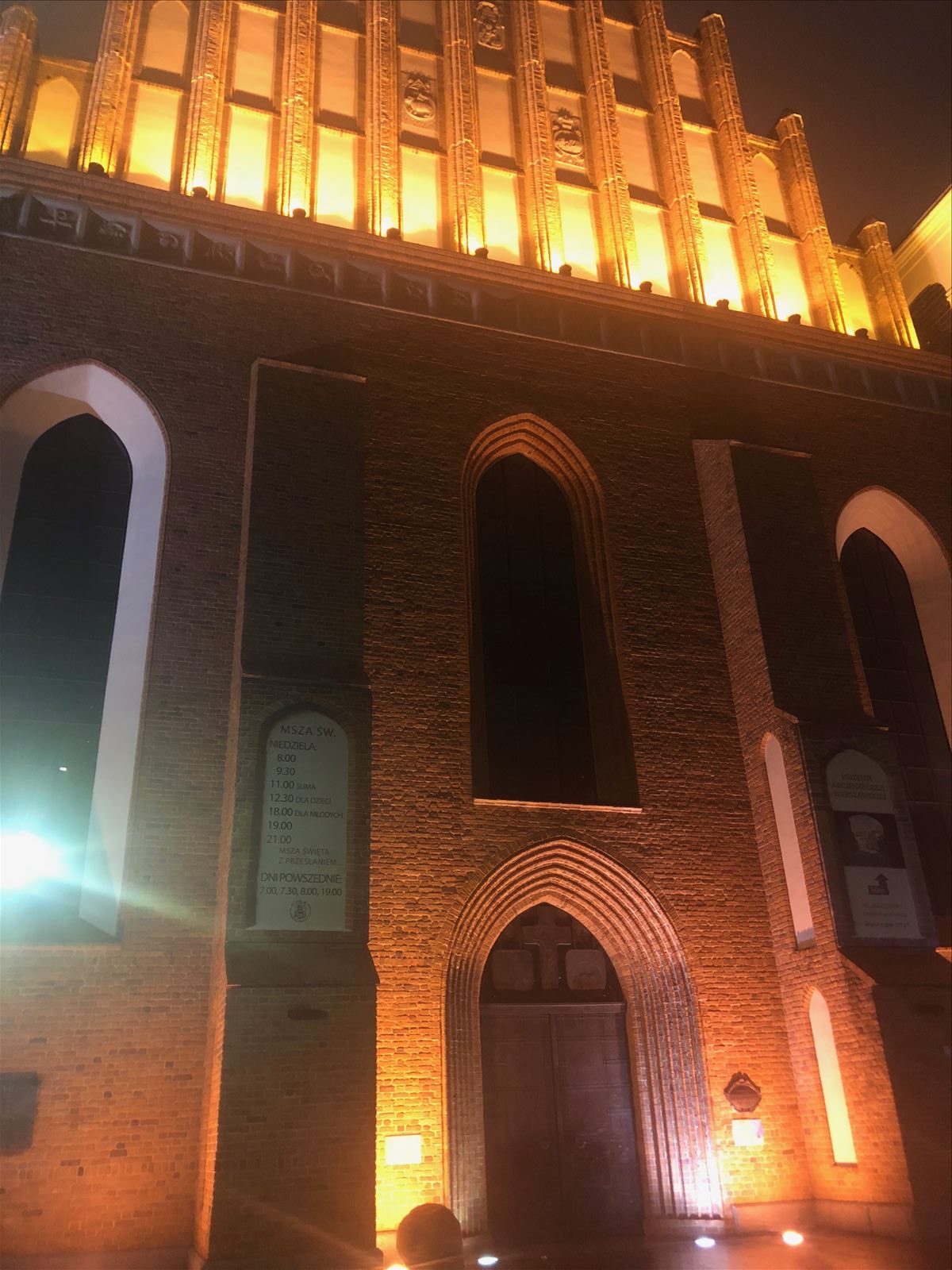 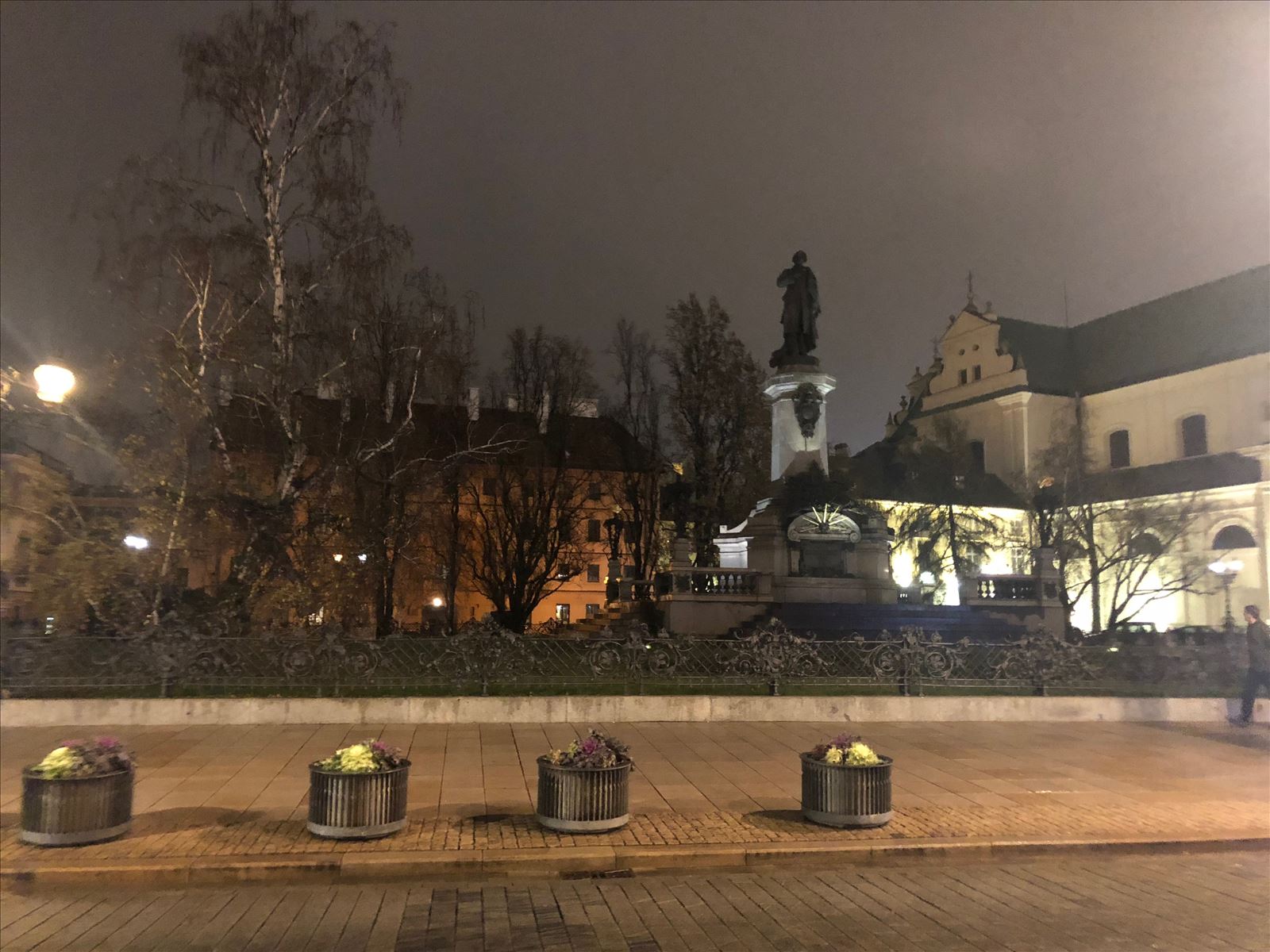 The next morning we strolled through Warsaw in the light of day, and the charm in a sense dissipated. In addition to the historical center, there are many “modern” structures in the city (apparently, since Soviet times), and such a city did not cause much of tourist interest. Of course, we understand that with more time, we could probably feel the atmosphere of this city (take a guided tour, walk through museums and historical sites). But for us it turned out to be enough this time to begin acquaintance with it in this way – for an intermediate point on the route, it turned out to be an excellent choice. 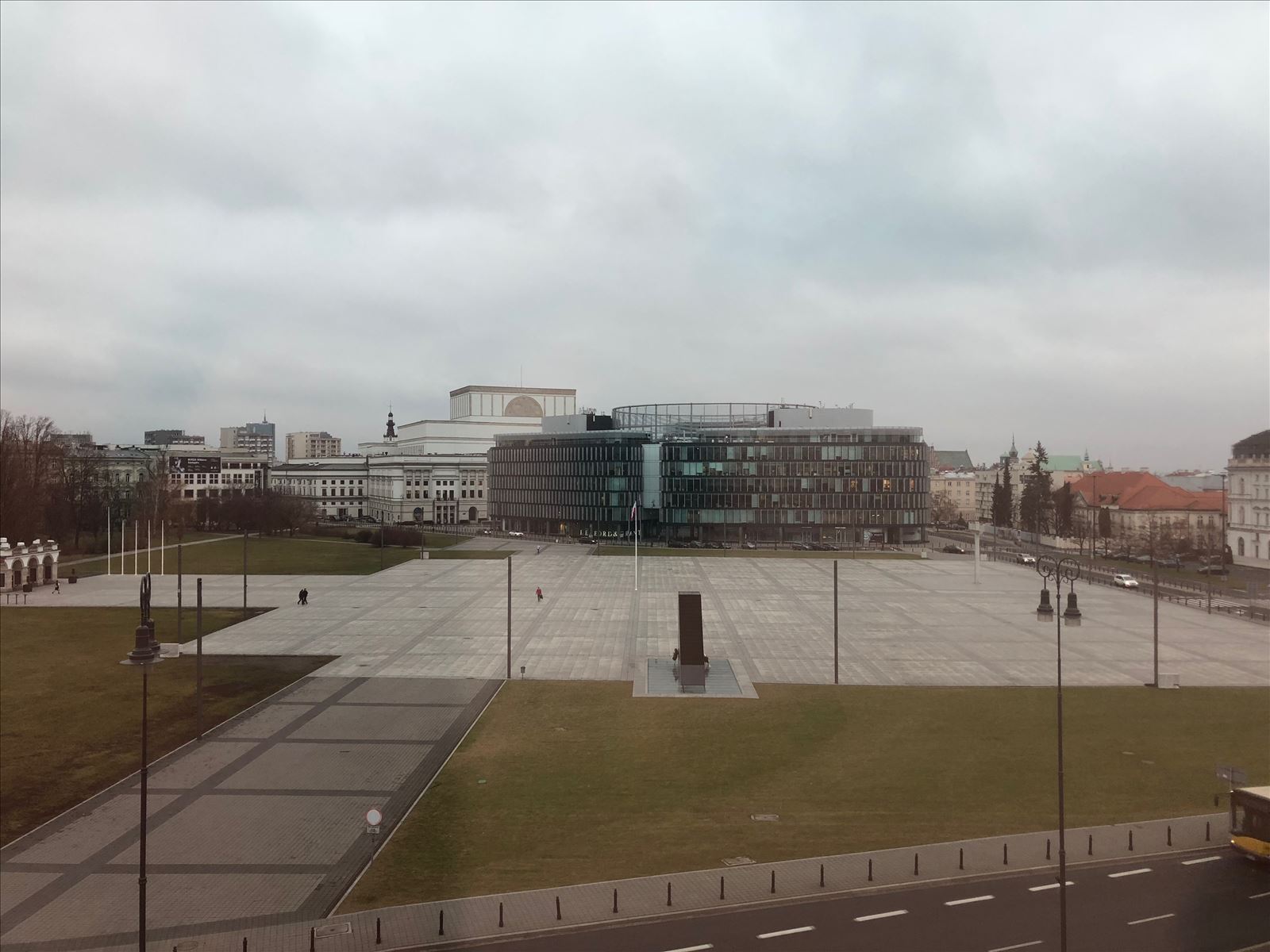 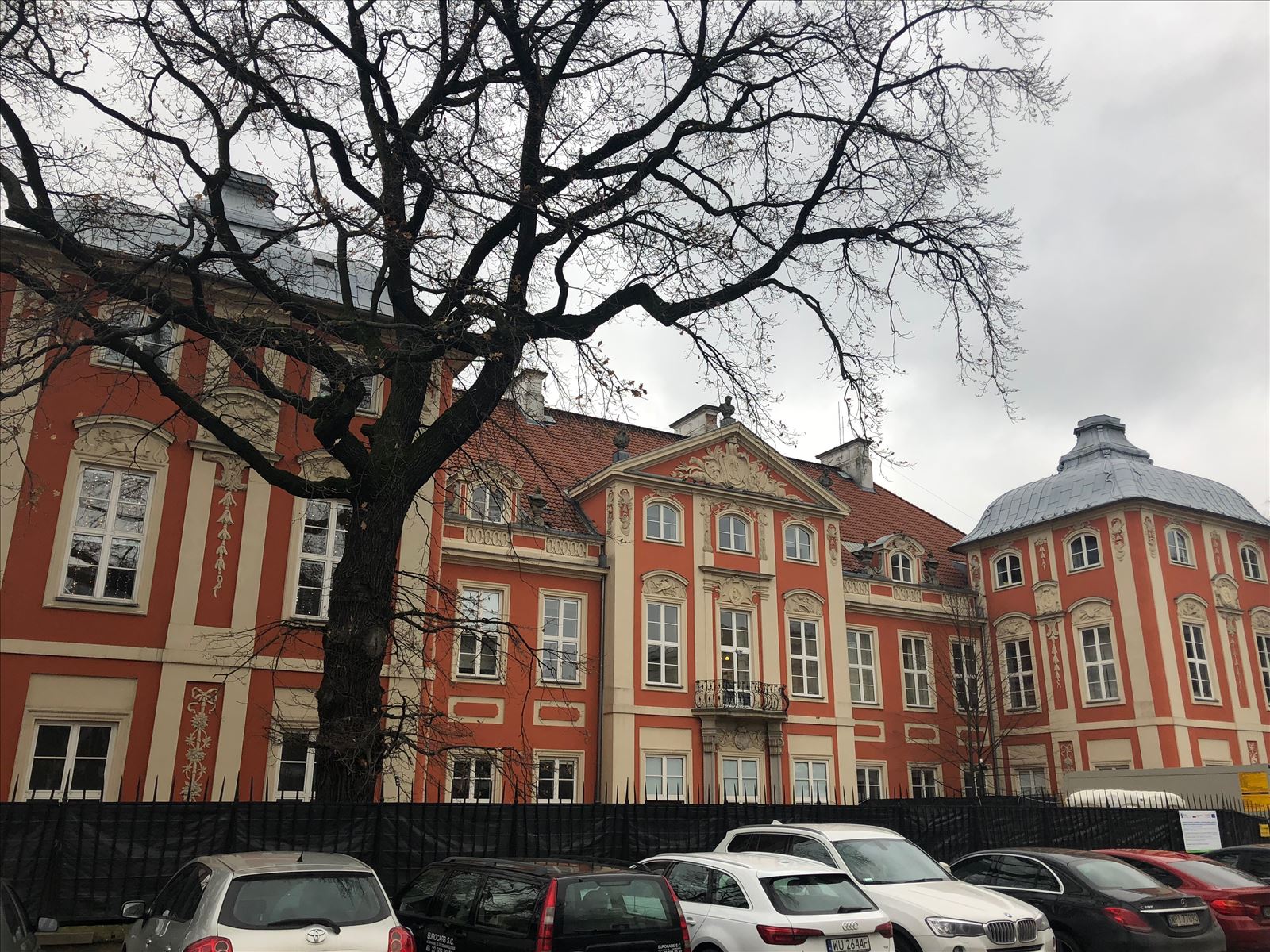 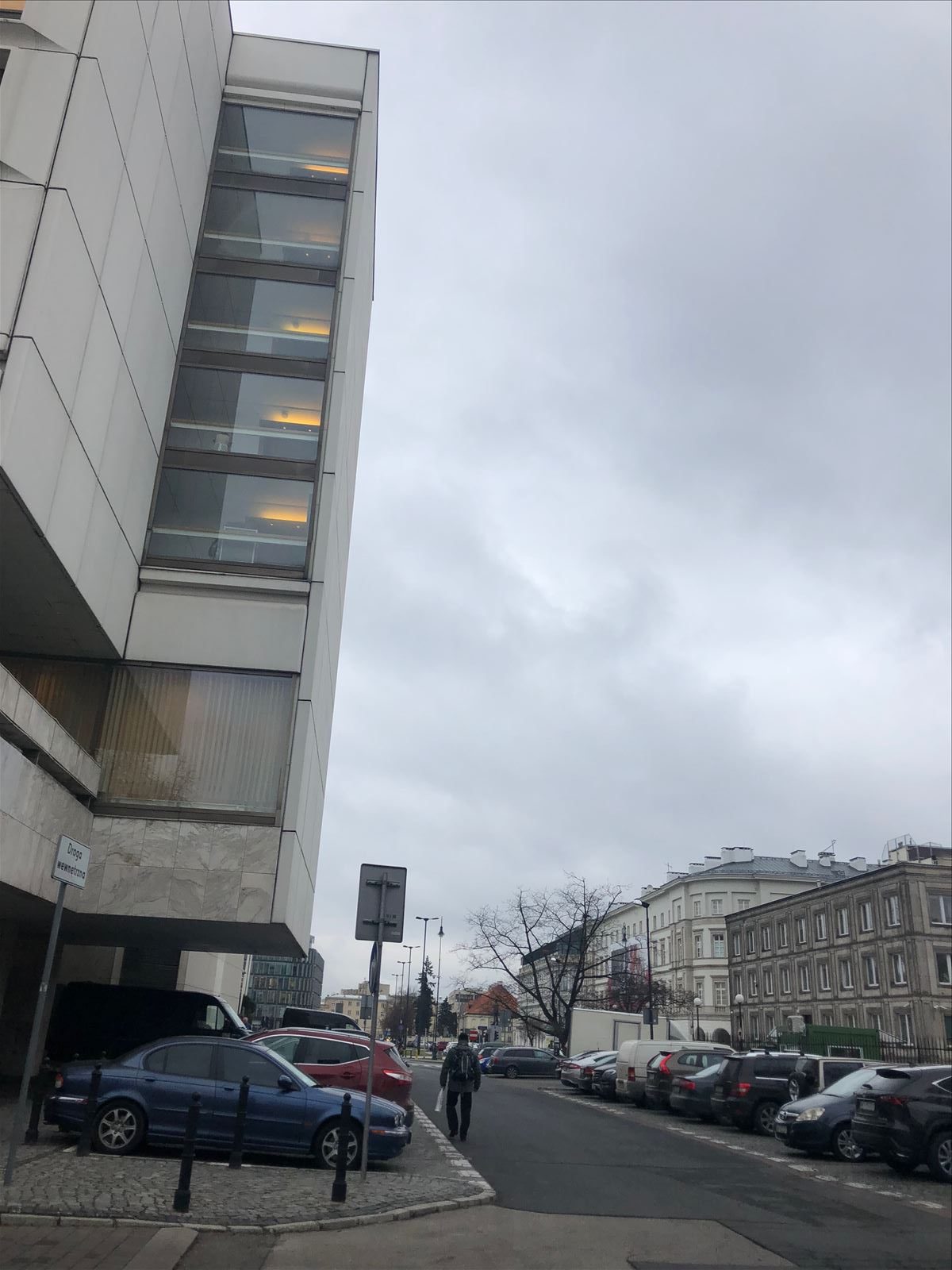 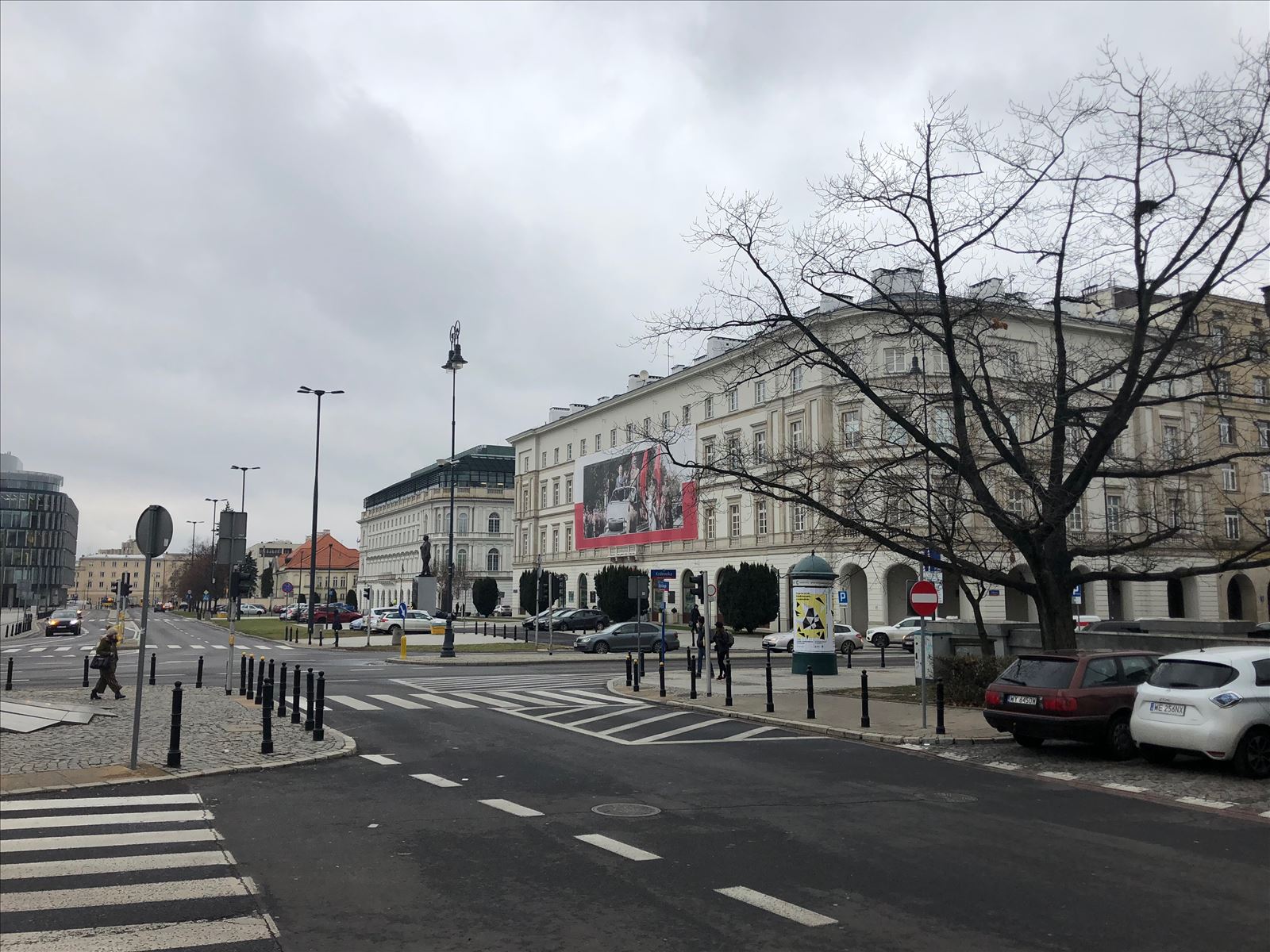 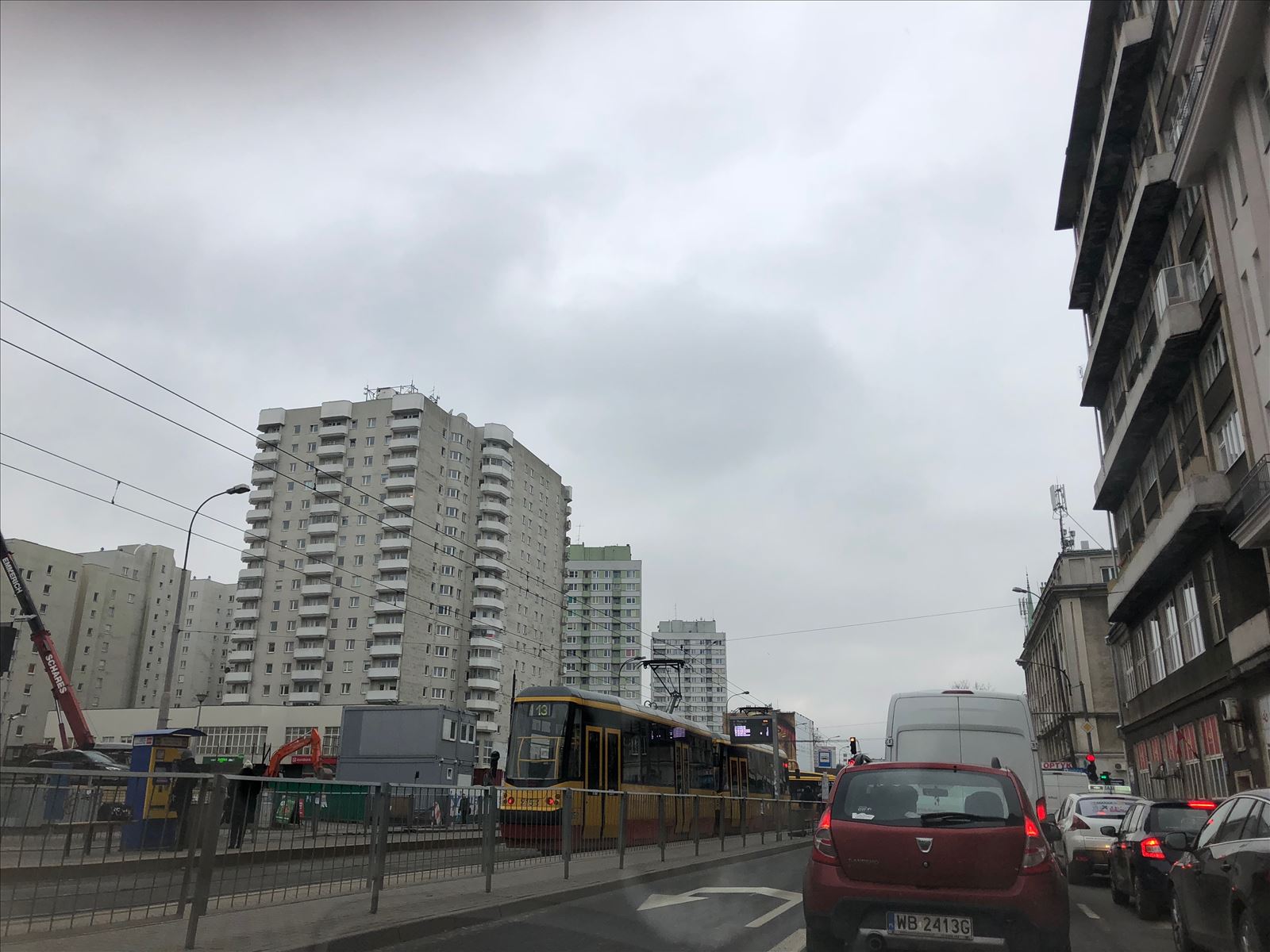 P.S.: For the excursions in Warsaw with local guides – Excurzilla.com.
For the best hotel deals – I recommend to use hotelhunter.com