The island of Corsica has several variants of the name for a reason. During its ancient history, it passed under the control of the key countries of the region, which is not surprising for the Mediterranean basin. The geographical location largely predetermined these turns of history: the island is 90 km from the coast of Italy, 170 km from the coast of mainland France. The very first traces of civilization on the island date back to the 7th millennium (!) BC. During its existence, the Corsicans were influenced by the ancient Greeks, and the Romans, and the Genoese, and the Italians and the French. More information about the history of the island can be found here.

It also makes sense to mention the Mediterranean pirates (corsairs!), who left their mark on the history of Corsica. Many buildings on the island, that have survived to this day, were built to protect against the pirates. But I suspect, that the economy of the island at that time also depended on them, and among the local population someone was ready to join the pirates, or at least cooperate.

The capital of Corsica is the city of Ajaccio, the largest on the island. It is best known for being the birthplace of Napoleon Bonaparte, the world famous French emperor. I must say, that the attitude towards Napoleon in Corsica is reverent, his images are everywhere there – from the official monuments in the city center to the portraits on ATMs or fences. Being in Corsica, you will definitely not forget who is the most famous citizen here – there are his museums, places of worship, monuments, etc.

We started our acquaintance with Ajaccio from its citadel. There is a museum inside, but we came after hours and just walked around the interior. A good stimulus for the imagination is to see how the townspeople lock its gates during the next raid of pirates.

In addition to tourist shops, in Corsica one can find many antique shops that look like museums themselves. So many ancient artifacts in one place! Moreover, you can touch them, turn them in your hands, feel their spirit. Among the old tomes there was a textbook on the science of artillery (we remember that Napoleon was a genius of artillery!), but the postscript “course d’infanterie” confused us a lot. We don’t speak French, and at first we thought it was an artillery textbook for… kids (infants)! But no, Google Translate is of assistance, it turned out to be for the infantry 😊

In general, Ajaccio impressed us as a fairly democratic city. The old center, like in many tourist cities, is packed with crowds of tourists, souvenir shops and cafes. The promenade is quite simple, although it houses a local casino. But here somehow without pathos, everything is quite simple, and at the same time friendly. However, the price level in Corsica is on average higher than in neighboring Spain. The only thing we regret that we didn’t manage to do was to book a private tour in Ajaccio. This time we did not have enough time, but on our next visit here we will definitely do it.

Another interesting point is that at the end of the week (Friday-Saturday), local cities simply die out. There are no people in cafes, shops, or on the streets. As we assume, it’s all about the huge cruise ships that release their passengers on weekdays to the city, and on weekends keep them on the ship, collecting cash for gala dinners and other entertainment. But the contrast is funny – from Monday to Thursday there are a lot of people on the streets of Ajaccio, and almost no one on the weekends.

Our friends recommended to visit a local coffee and tea shop CARPE DIEM, and we didn’t doubt for a minute that we made the right choice! In this store you can find rare varieties of coffee that can be ground and sealed in Nespresso machine capsules in front of you. There is also an amazing collection of rare teas that you can try on the spot. Well, the interior of this store itself is quite authentic – a huge coffee roaster, bags of raw beans all around, an antique radiogram, an interior decoration in retro style. And what a friendly service! Of course, we brought with us a bunch of coffee capsules and packages of rare teas.

When choosing a hotel, we are often limited in choice, because we travel with a dog, and not all the hotels allow pets. There were few such hotels in Ajaccio, and they were pretty pricy. We decided to stay outside the city and drive to Ajaccio in a rented car. And we never regretted our decision! We stayed in a villa at Les Suites d’Agosta, located near Ajaccio on d’Agosta beach. This beach is wider and freer (and I suspect cleaner) than the main beach in the city of Ajaccio. Well, the villa deserves a special mention.

Villa Les Suites d’Agosta is a small complex of several villas that has a swimming pool and relaxation area, and it accomodates the owners themselves – the sweetest young couple Emy & Akhmet, who look after the guests. Each room is a separate house. Breakfasts are served by the pool and this is a separate piece of art. Staying at this villa is a pure pleasure – a comfortable accommodation, a proximity to a luxurious beach, a friendly service. We highly recommend!

Since this was only the beginning of our journey through Corsica, we decided to move to the other side of it and stay in the area of a popular resort of Bonifaccio. We combined our way there with a visit to an open-air museum Filitosa, located in a nature reserve. According to the researchers, the first signs of a human presence in this region date back to 7000 BC! Well, the road to this reserve was an adventure in itself – stunning views of nature were replaced by passing through small villages, as if preserved in time.

In Filitosa there is a fairly large number of various monuments of ancient civilization. The main ones are the so-called “menhirs”, stone idols resembling statues. On a large territory there are ancient sanctuaries, dolmens, and a “dinosaur park”. It makes sense to allocate enough time for this trip, since the territory of the museum is quite large.

There is also a museum building in the classical sense, where, in addition to exhibits of the ancient world, you can see tthe scenes from a life of ancient people. And donkeys graze on the territory. Sweetness is unreal! And the territory itself has retained the charm of an untouched nature, only slightly adapted for the convenience of travelers.

Also, on the way to Bonifaccio, we stopped at the small town of Sartene, known for being subjected to the pirate raids for a long time. We did not find any signs of pirates there, but we were able to dine in the historical scenery with great pleasure. Well, then there was Bonifaccio.

Advertising: you can find the best beach for your holidays at 1001beach.com. 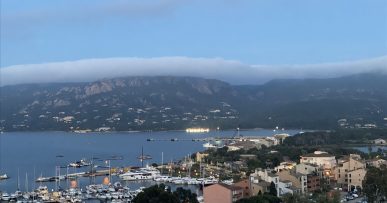 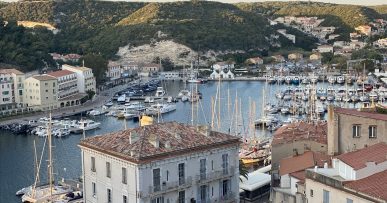