The idea to go to a ski resort on a New year vacation appeared spontaneously when discussing options with friends (they wanted to go to Dubai:)). Then the guys offered to buy an organized tour, since decided to ski (they have a relative working in a travel agency). We decided to compare the tour options proposed by their relative, and thise we found through the aggregator website Hotel Hunter. Of course, our options were more attractive – even if the price was the same, in our proposal, the hotel was a higher category and meal package was better (not to mention the fact that we picked up a regular flight of a decent airline). But we originally wanted Chamonix (because we appreciated it in the summer), and the guys were inclined to Austria. As a result, we agreed on Mayrhofen.

We booked tickets to Innsbruck, decided to celebrate the New year with another group of friends, and drive a car to Mayrhofen and stay there for skiing. All would be good, but on that day the weather for departure was in question (and this was on 31 December!), and there was a prospect of spending the New year’s eve itself at the airport awaiting departure. However, our flight managed to leave on time (everything following it was delayed). And again all would be good, but we could not land in Innsbruck and circled in the clouds for around 40 minuted, and eventually we were sent to land in Munich. It would be ok, but the car we rented was in the airport of Innsbruck, and now it was December 31st and the locals were not very eager to work. But we (in the face of the husband:)) still managed to quickly change the booking of the car from Innsbruck to Munich, and joyfully rush to Innsbruck for the celebration of the New Year, where our friends were waiting for us and there was a restaurant booked. Along the way we realized why the weather was not good for flying- a thick fog covered the whole area, visibility was minimal, the fog lights did not help. We remembered stories from “most stupid deaths” from the fact that in heavy fog the drivers of oncoming car hit their heads protruding out of the windows (there was really a temptation to lean out the window, “to see better”). In general, thanks to Dima’s experience in the tourism sector, we have managed to overcome all the unforeseen circumstances with minimal losses. 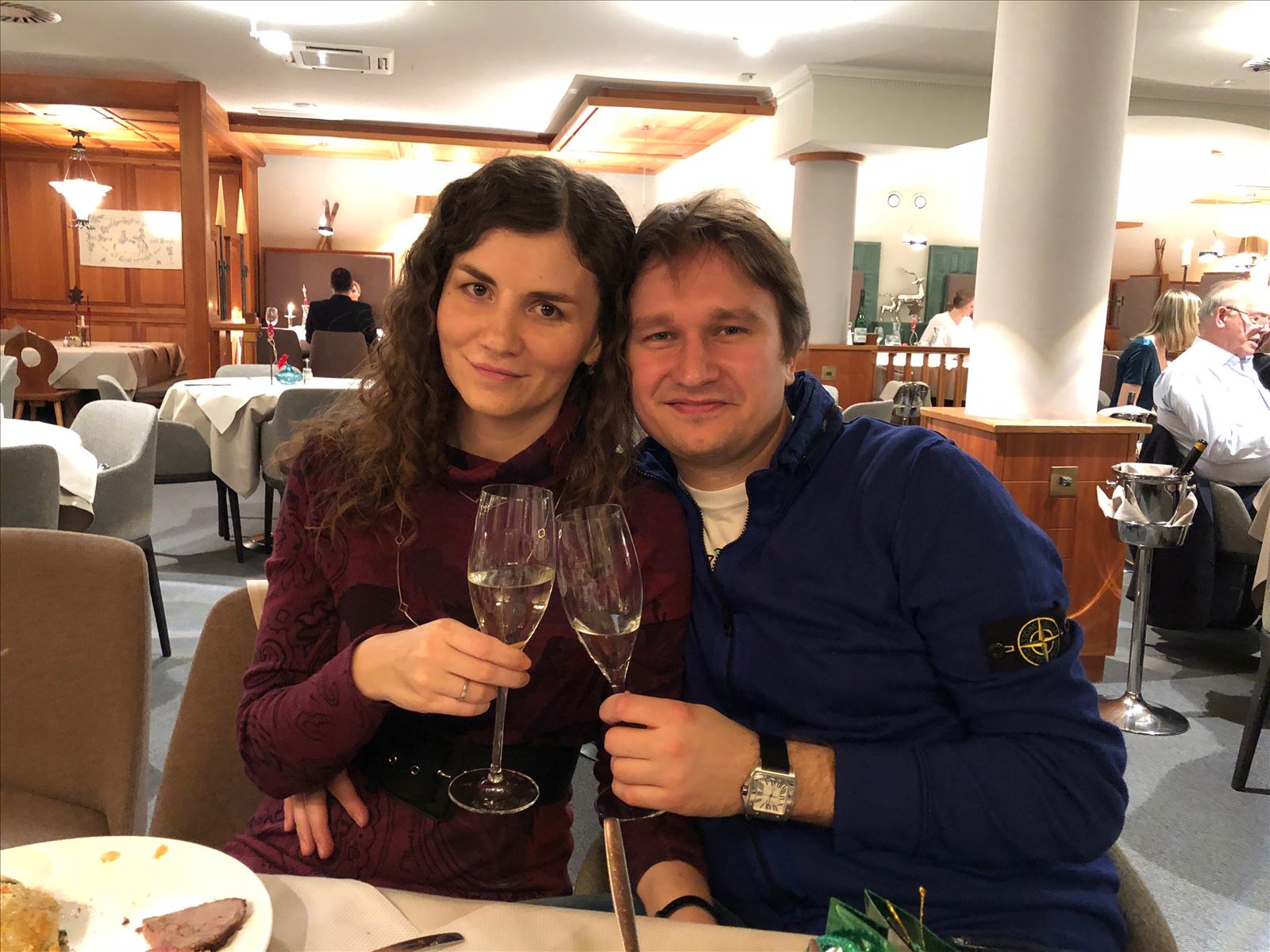 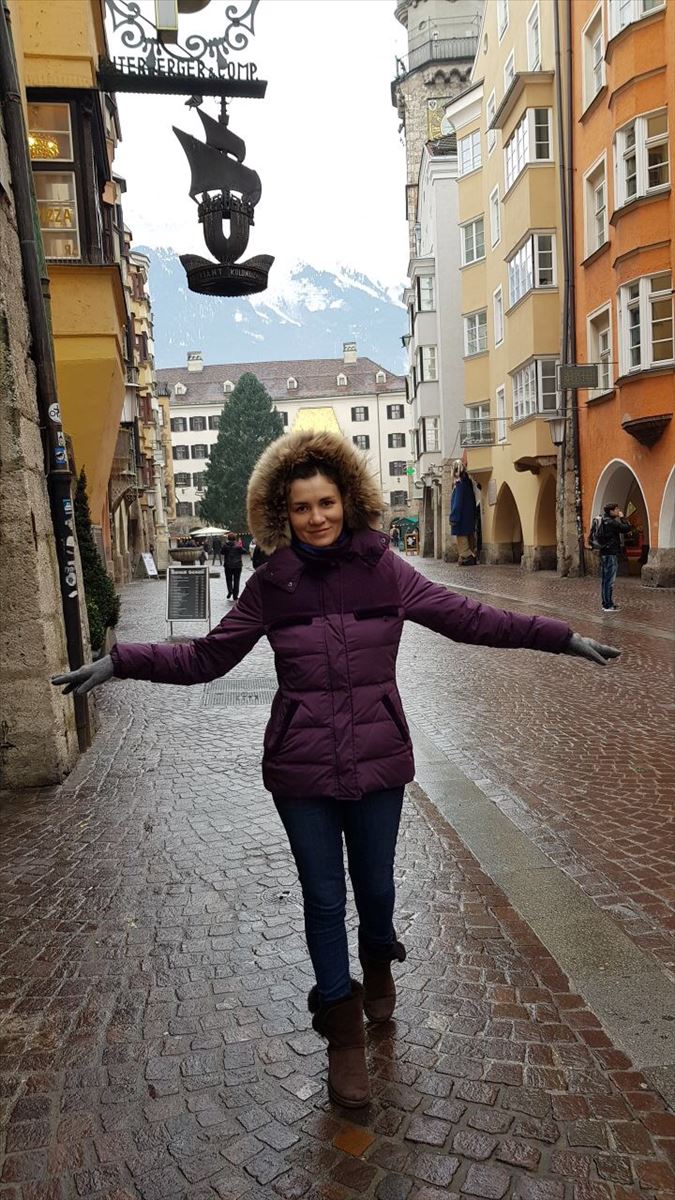 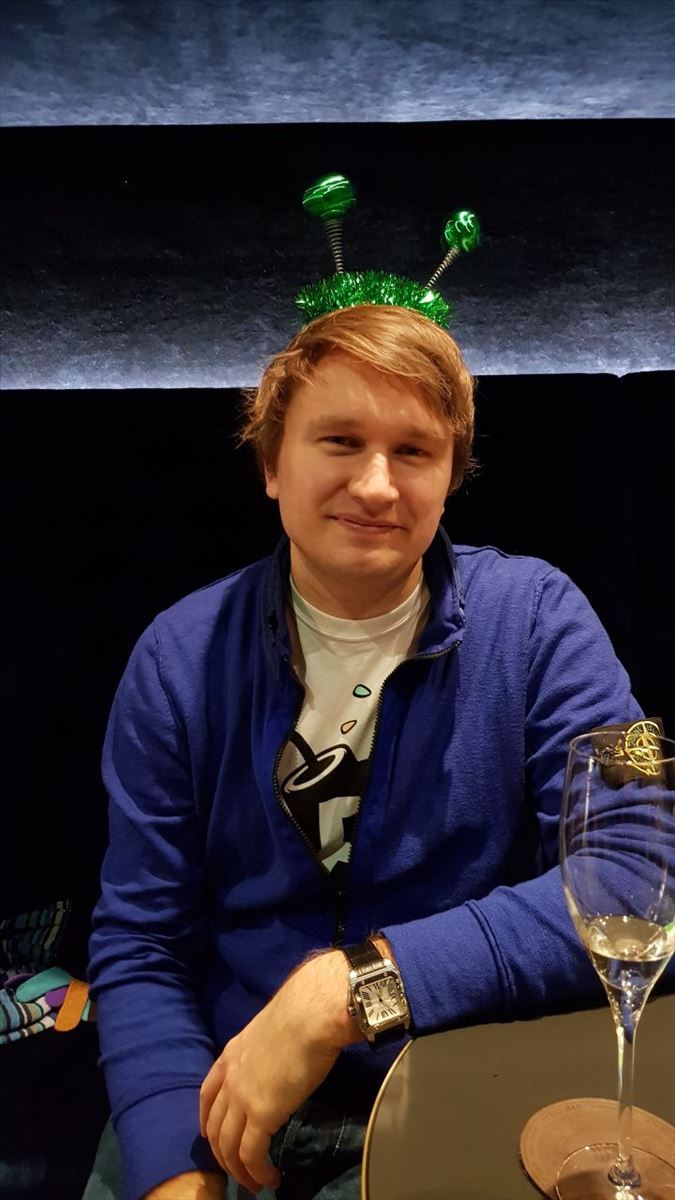 Having arrived to the celebration on time, we spent a wonderful evening in a great company, and then walked through the night Innsbruck, where mass festivities and entertainment were organized. The following days we were traditionally idle (that’s Holidays are for). To our delight, we found a restaurant with panoramic views on a rooftop and a very gourmet menu. Of course, we photographed more than we are, but is a nice place to remember At such moments I regret that we stopped taking the camera and all the pictures are on the phone-such kinds of views deserve to be shot on the right gadgets. 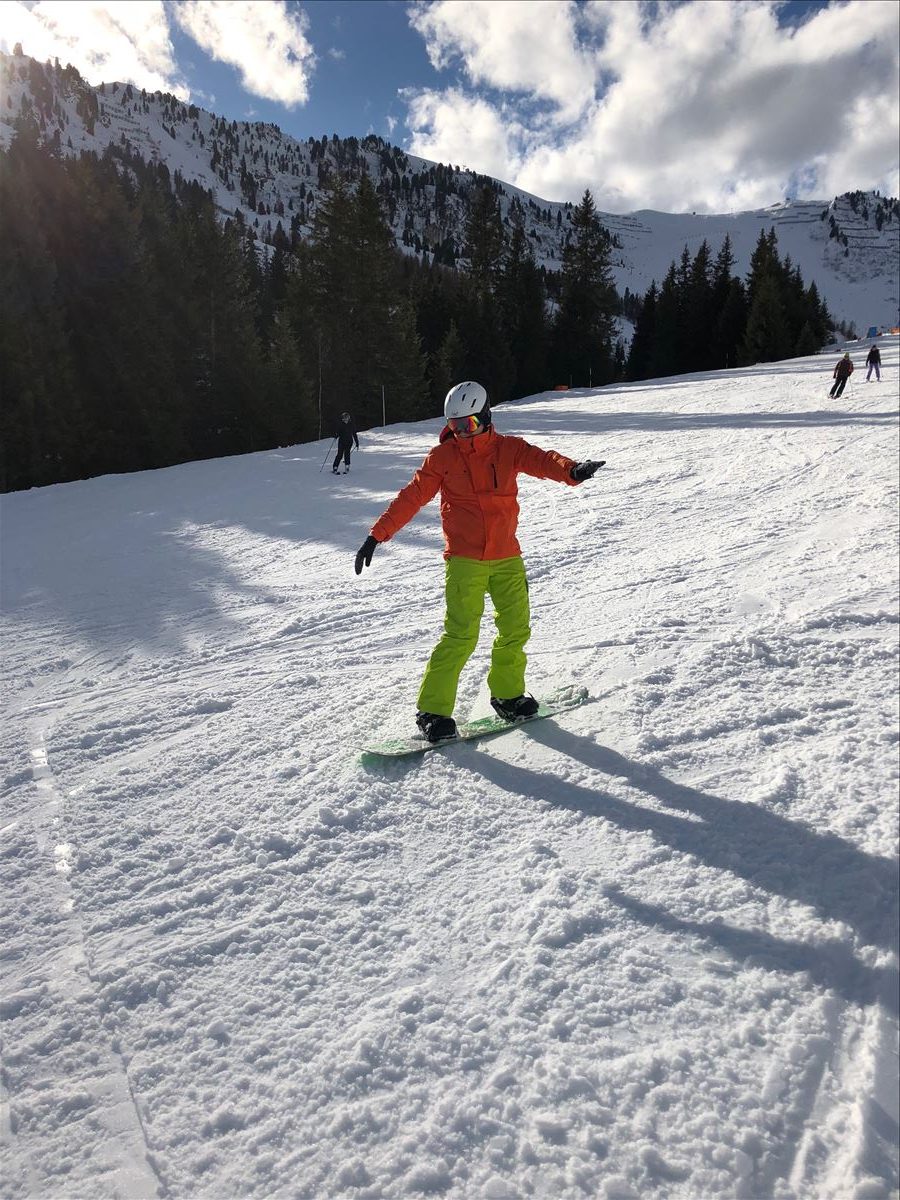 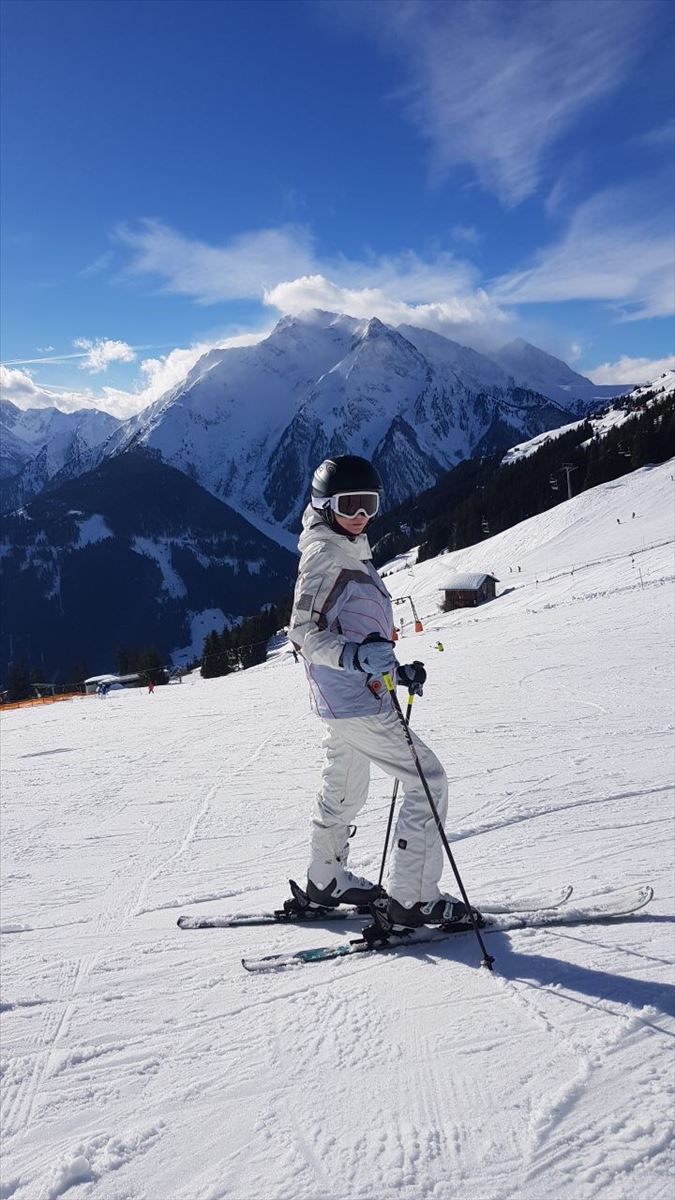 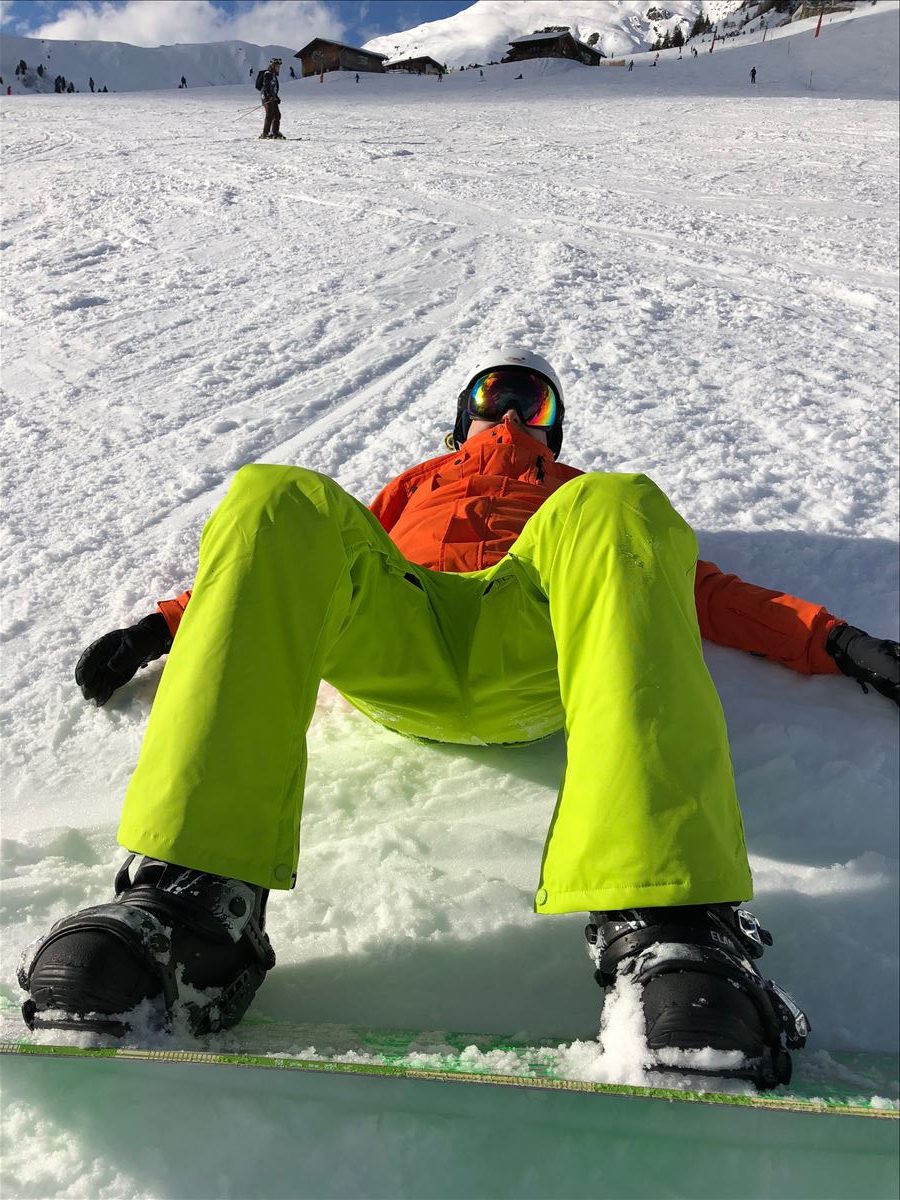 Next we headed to Mayrhofen. The town itself, located in the federal land of Tyrol, is a classic ski resort. I can’t say that there was something very special to remember about it, the town is cute, cozy, it has the same “order” of all the German and Austrian cities. The cable cars and the accompanying infrastructure are also a high level, everything is convenient, reasonable and in excellent places. As usual, we rented all the equipment. We stopped carrying boards, skis and boots long time ago, because we’re not super obsessed riders, and to check in / to receive / to carry oversized luggagenot our kind of fun. It is easier to rent on spot. My spouse mastered the snowboard in a couple of hours (!!!), although he had previously skied, and was very pleased with riding. And I, although I began to ride back in 2005 (on “wild” Krasnaya Polyana), but during these years I did not perfect the skills, because my knees do not hold my load that well, so I used to ride casually. But of course I was happy-the atmosphere on the ski resort pleases everyone regardless of level. By the way, special bandages on my knees added me a couple of days of skiing (usually they would be swollen on the 2nd day , and then 4 days passed). Our friends and their family preferred to ski and they took time learning it with an instructor. We all do well.

We would like to mention our hotel – ZillertallerHof. It had a really homely feeling. Decorated in the style of an Austrian Chalet, it is very cozy, has its own Spa, dryer and equipment storage, and serves three meals a day. The staff speaks good English and is very friendly. There was something funny about the food. The menu (new every day!) was served in German, but with English translation. One of the days, the English description of the main course was confusing, and we turned to the waitress for explanations, but she did not speak English at all. But she tried very diligently about “Vom Geflügel” and we must try it. For some reason, a scene from Euro Trip movie came to mind, when the guy went for a show in Amsterdam (you get it if you watched it;), where he was told that if he does not like something, he should say a safeword, something like “Vandeflugen”. So, for the rest of the trip, us and our friends took every opportunity to remember that is better not to risk with “Vomgefluggel” , or you might get into trouble:) 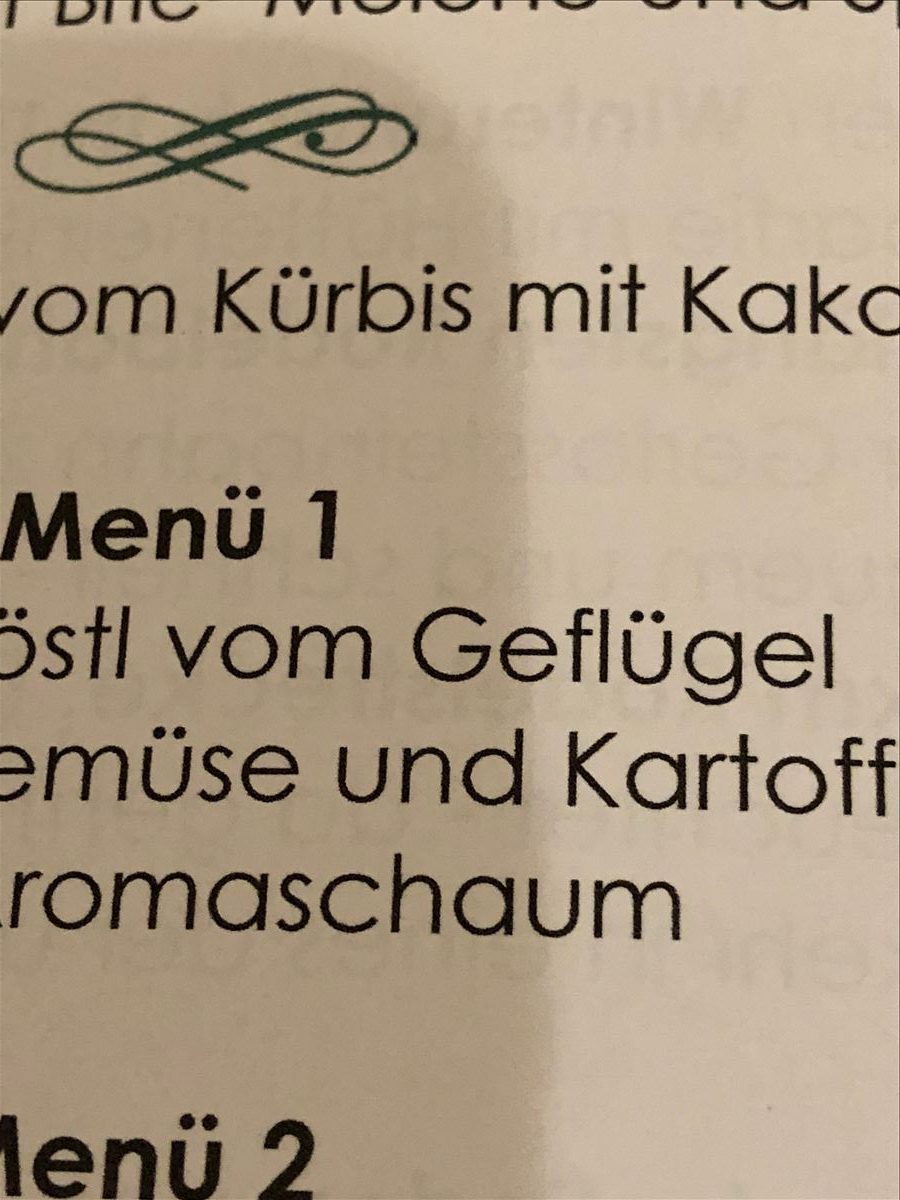 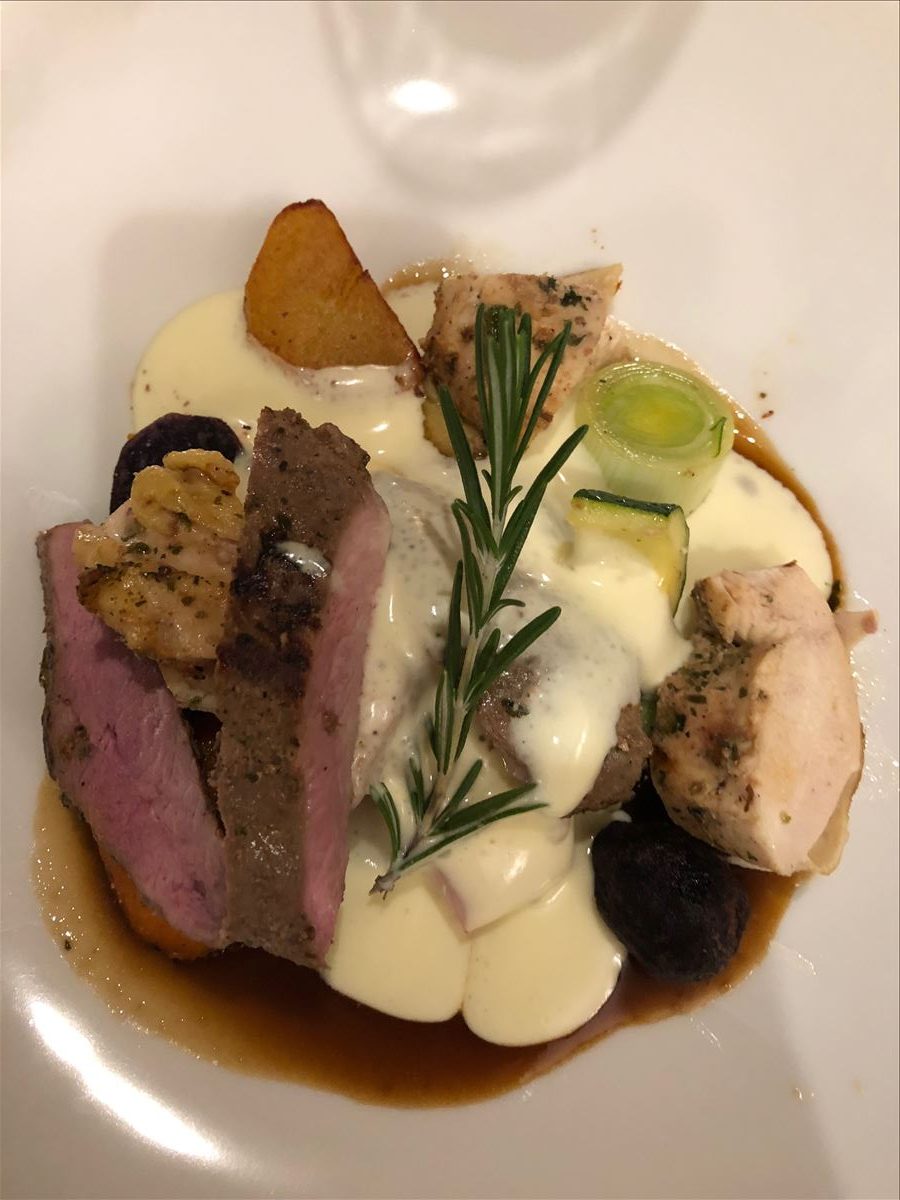 On the way back we decided to stop in Munich – where the weather was better, and to diversify the trip, too. It so happened that a few years earlier we had to spend a long time in Munich, and so now were going to those places, which we then fell in love with back then. And, by the way, there was a lot of them. In addition to the well-groomed parks (where real hares are running!), there is also the Museum of Science and Technology (German Museum, Deutsches Museum), and the historical Center (apparently restored), and a variety of restaurants bars and pubs, including the one where the notorious leader of the nation spoke with a fiery speech. I especially like the German drink Schorle – something like cider, only make it from different fruits-apples, currants, cherries. If you take one of natural fermentation (and not canned), then the taste will be simply magical. It was a nice conclusion of the busy trip. 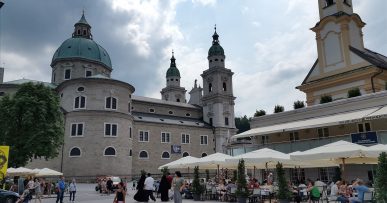