Salzburg (Salzburg – “Salt Fortress”) is a city in western Austria whose historical center is listed as a UNESCO World Heritage Site. The settlement on the site of modern Salzburg existed several thousand years ago, however, its more modern history began around the 7th century AD, when the Bavarian duke granted these lands to Bishop Rupert, who founded 2 monasteries here (female and male) that have survived to the present day , and became the basis of the current city. Since then, the city was under the bishop’s (later – Archbishop) administration, and in the 13th century gained relative independence from Bavaria, having existed in this state until the Napoleonic wars. At the end of that period, in 1816, Salzburg became part of Austria. Most of all, the city is famous for its brilliant composer – Mozart, his heritage is carefully preserved and captured not only by museums of genius, but also by the names of numerous cafes and other establishments. 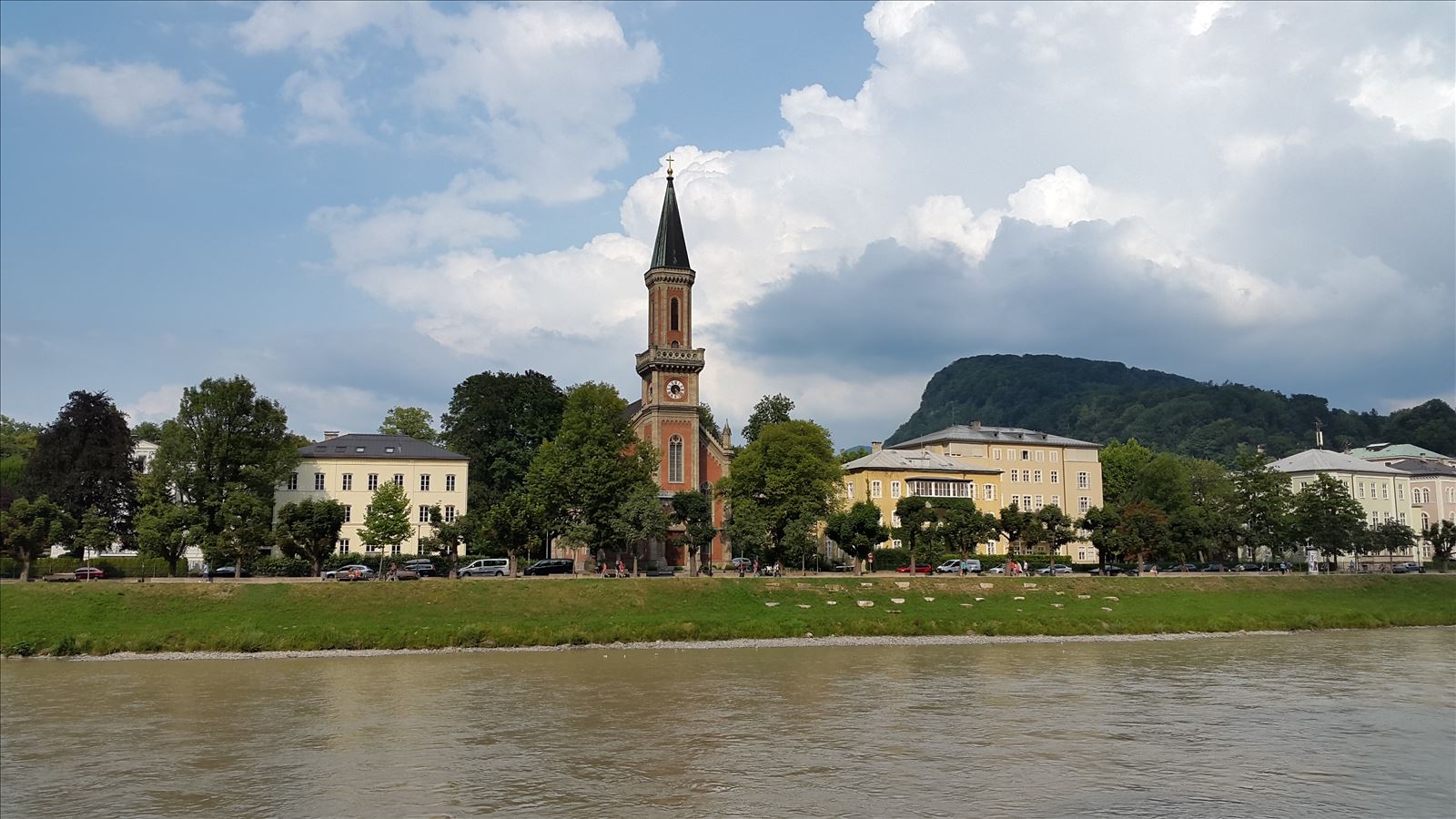 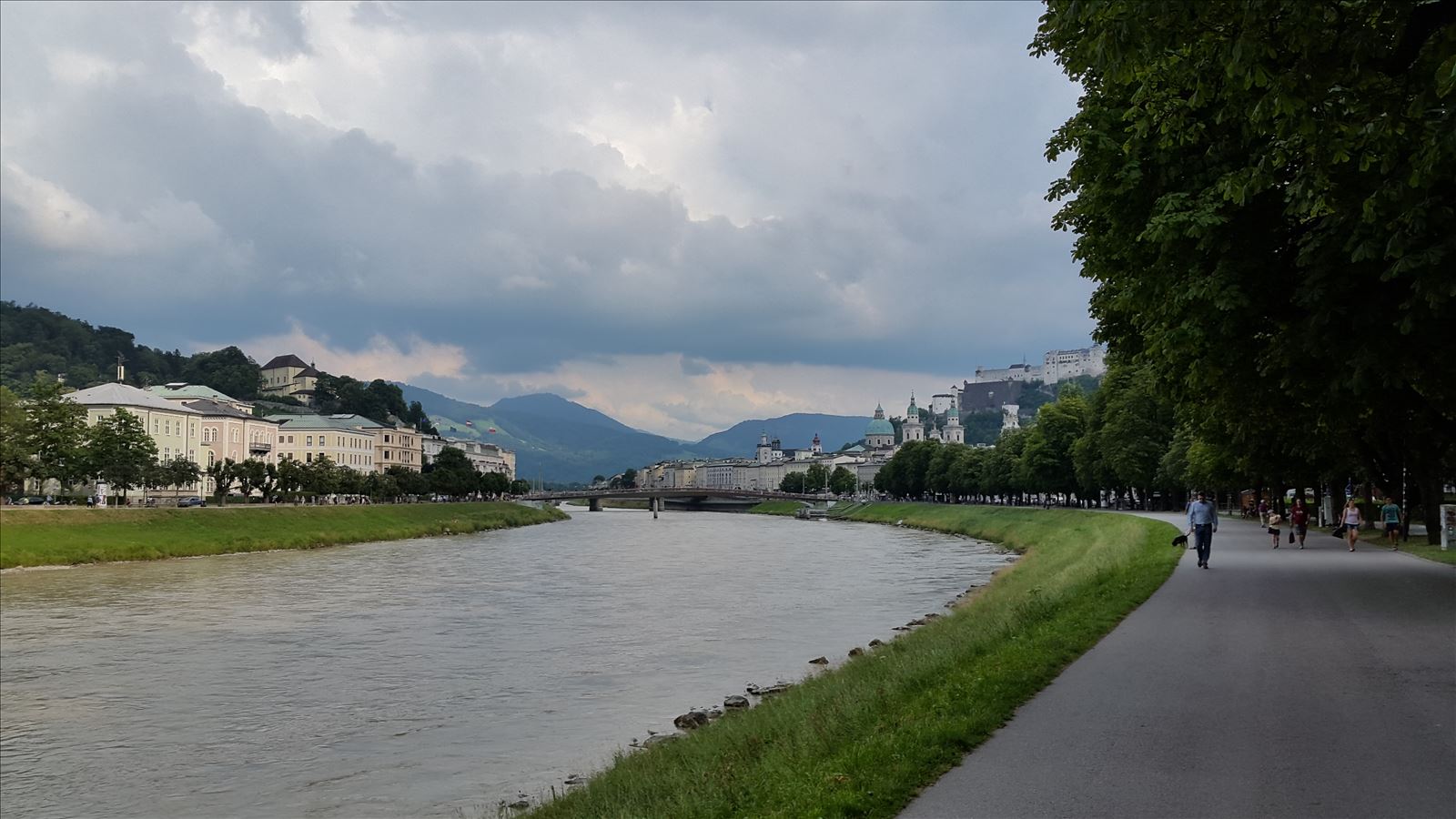 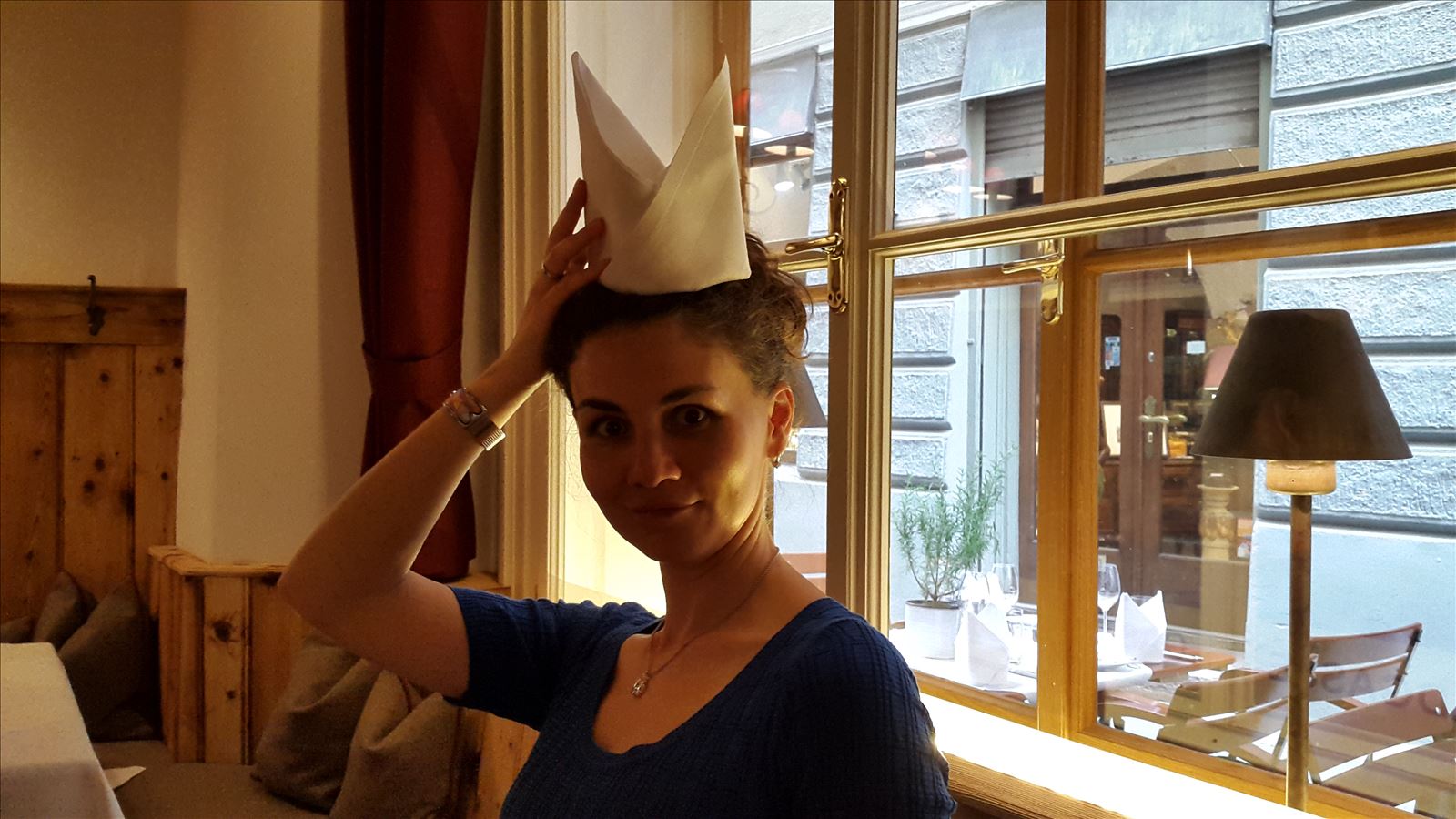 Having found ourselves in Munich, we decided to master the nearest territories of neighboring Austria in our free time. A trip from Salzburg to Munich is relatively long, they are 145 km far from one another. Of course, Salzburg was worth visiting in the summer. For these purposes, we used a proven aggregator of car rental offers – Booking Autos. 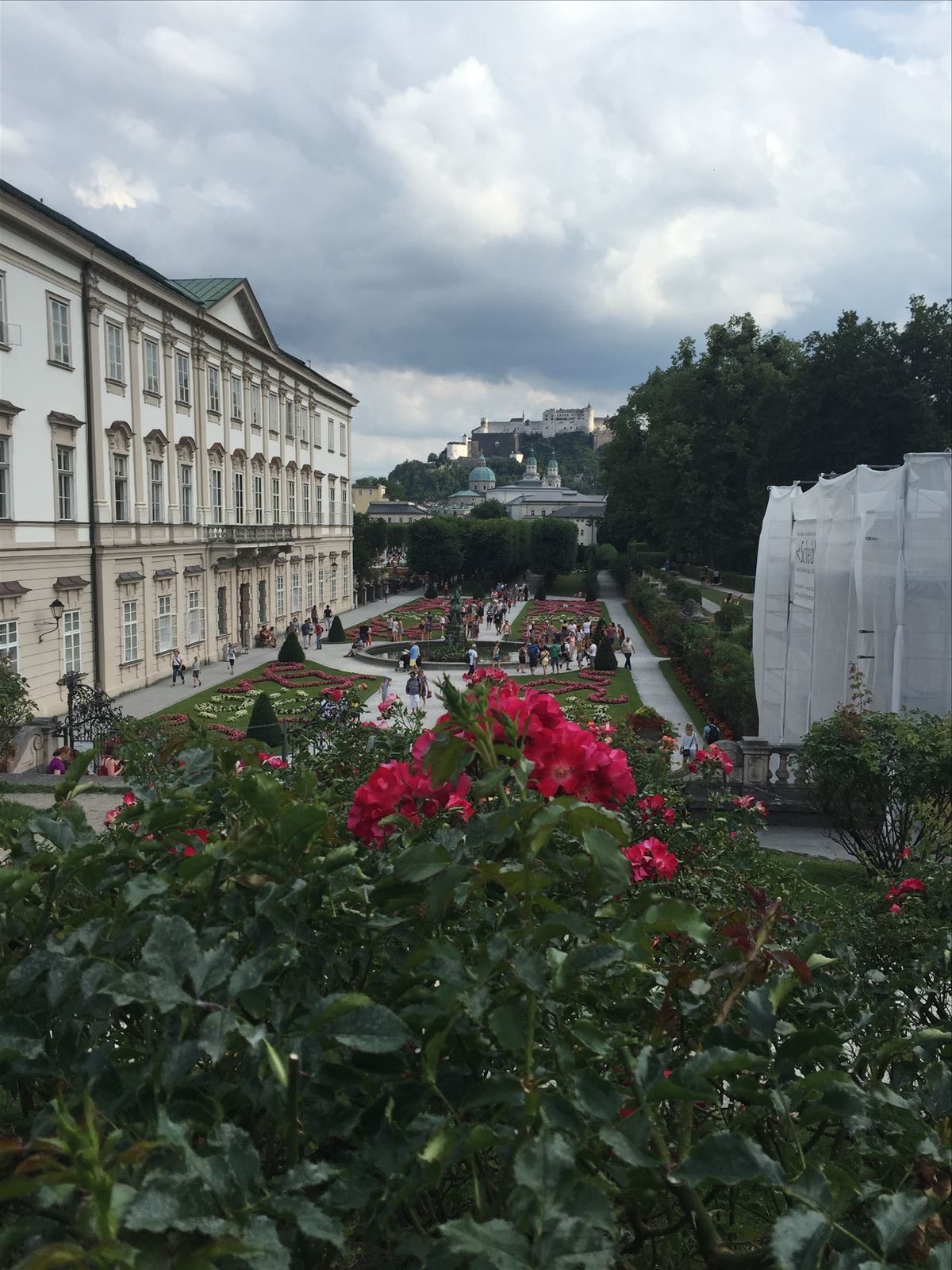 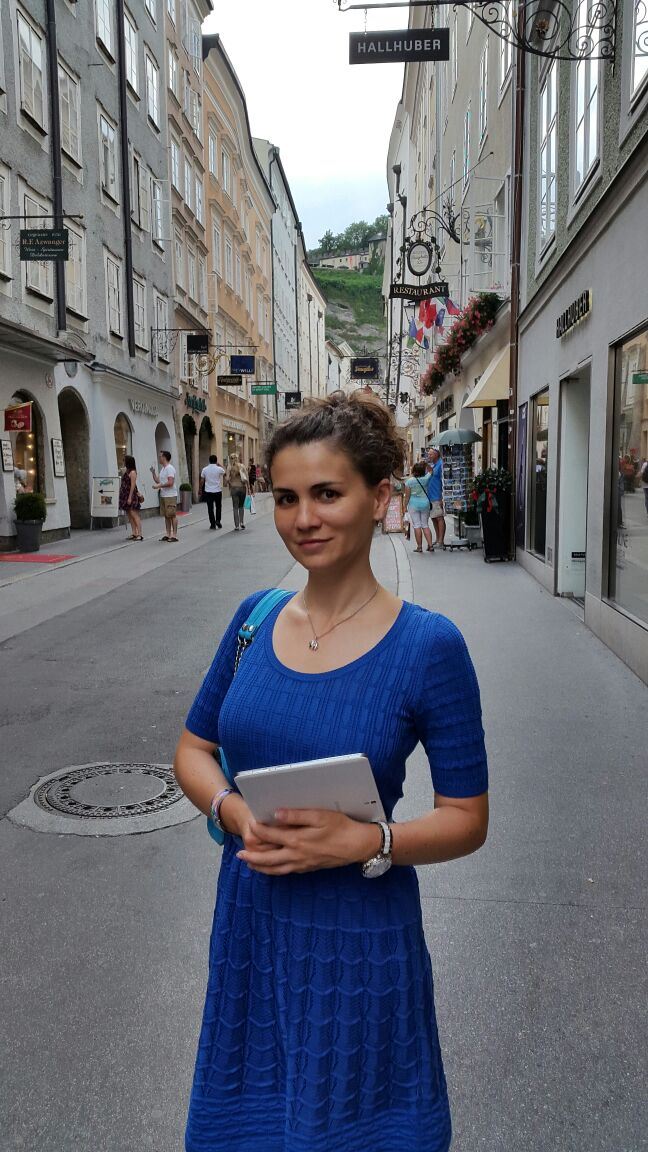 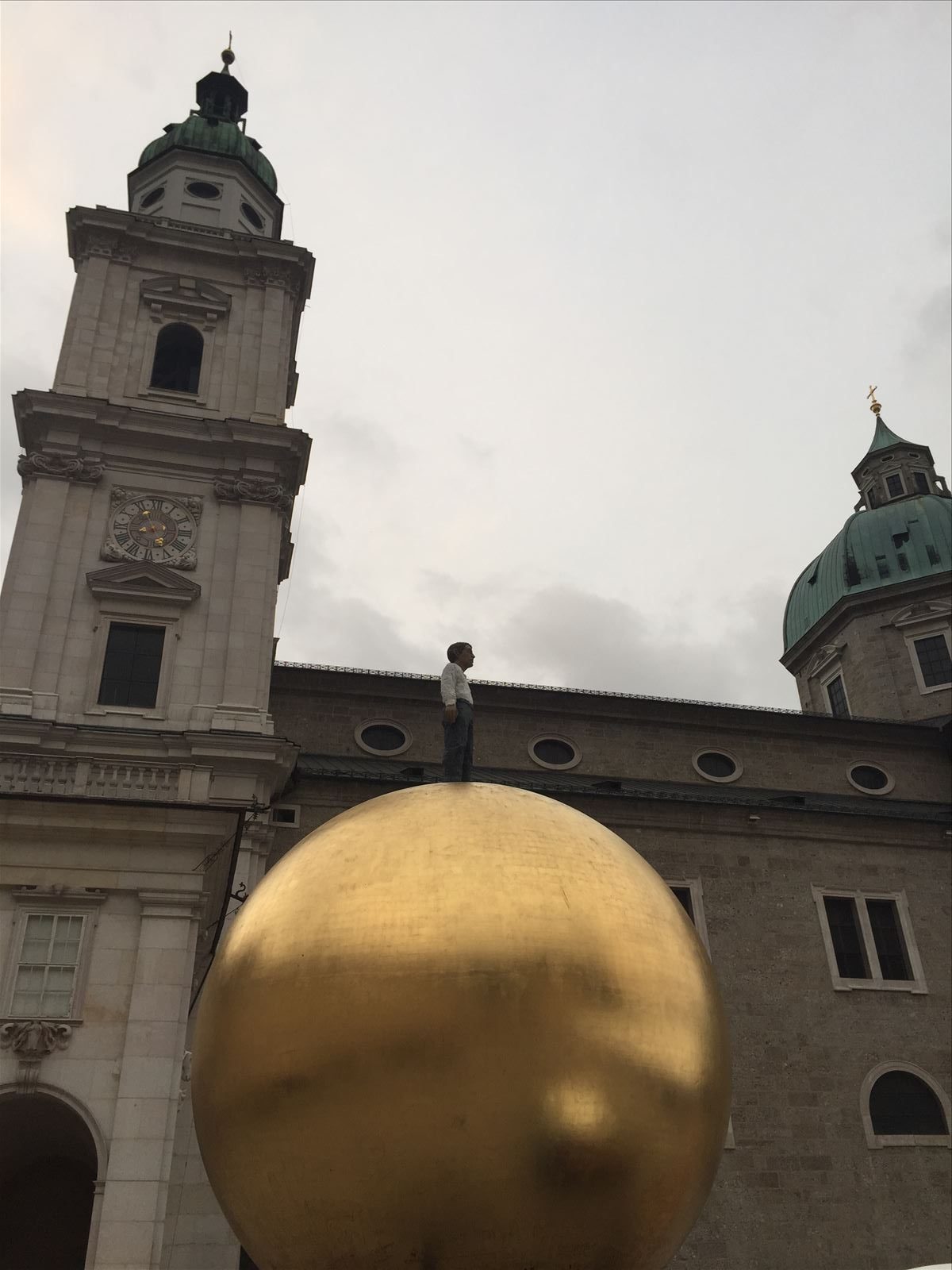 Since this was not our first visit to the city, we decided to stretch our stay there with a sightseeing tour of the city. We usually search for guides in different cities of the world through the site Excurzilla.com, which offers an opportunity to learn about available tours and find a guide. What we did in Salzburg and found very pleasing. The guide took us through the old city, talking about the church composition of the past management, which left its mark on the modern city. He also mentioned the main historical orientation of the city – salt mines, and events related to it (the main souvenir are still pink salt crystals in different variations). He told about the royal palace of Mirabel and its gardens, as well as about the catacombs in the mountain near the abbey where ancient hermits lived. In general, it was very informative, and we were very pleased with our idea of taking a guide, having received a program for independent study for the next couple of days. We also visited the local museum “Karolino-Augusteum”, which reflects the development of these lands from the ancient times to the present. For example, it was possible to contemplate a “technological” belt of fidelity at that time, or to see an old-regime projectile in the section — a collection of exhibits is also evidence of local customs … 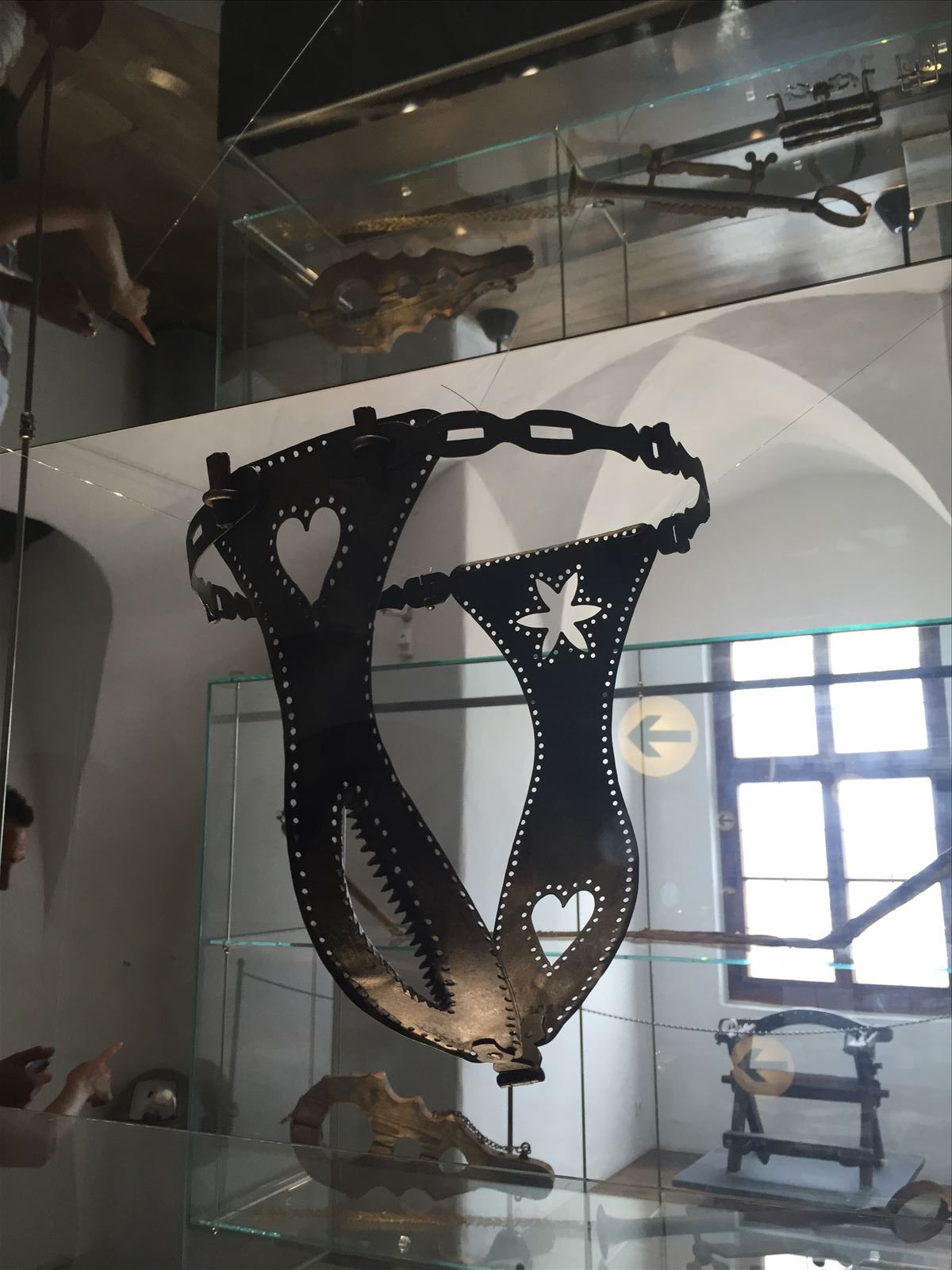 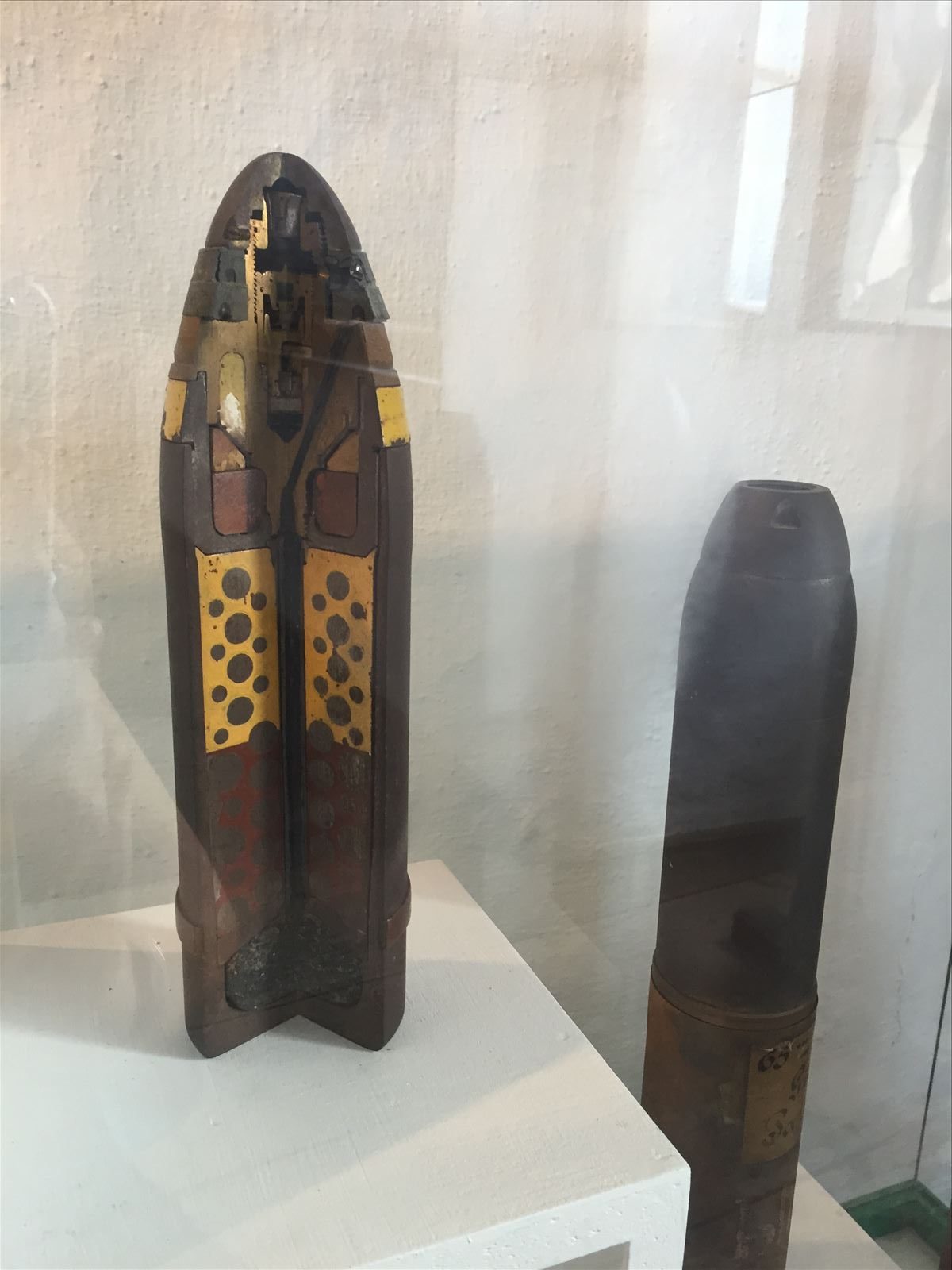 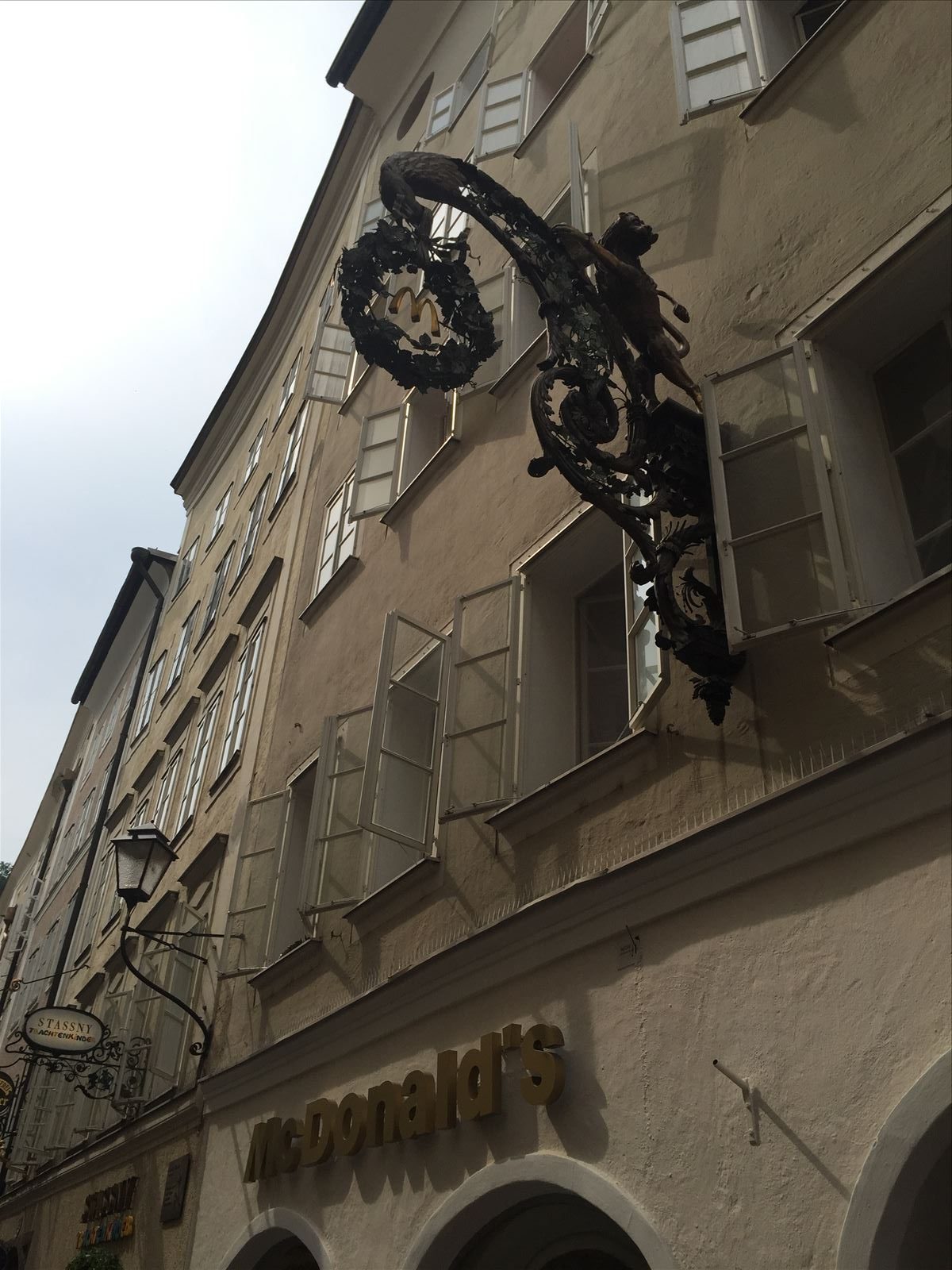 Among other cultural events, Salzburg is famous for its opera festivals. During our stay there, it was just passing through its next stage, and in one of the open-air squares of the city a theater was organized with temporary stands, on the stage of which classical opera performances were demonstrated. Since our hotel was in the immediate vicinity of this square, we could listen to arias of well-known productions directly from the room, carried by stone streets, and leading tourists in complete delight. This created a memorable moment.

In our understanding, going to the opera implies an evening outfit and everything connected with it – honorable behavior, a tribute to old traditions. The Austrians went their own way – they also dress up to look nice, only their outfits are national costumes. It was interesting to see the opera audience in the costumes of the Alpine shepherds in corsets and shepherds in cloth pants and feather hats. But if you look closely, women had expensive jewelry and bags, shoes and other accessories were quite consistent with the traditional ideas about publishing. For the sake of interest, we looked at the shop windows, and were surprised by the large distribution of the national costume stores in Salzburg. Moreover, in many of them, such costumes were sold at the price of designer clothes, and a different bow from the shop window could be compared in price to a bow from a fashion designer (the entire costume in an expensive store can cost between 3 and 5 thousand euros). There is a question of national identity – wealthy Austrians are proud to buy and wear their national costumes for special occasions, finding their own special chic in this. 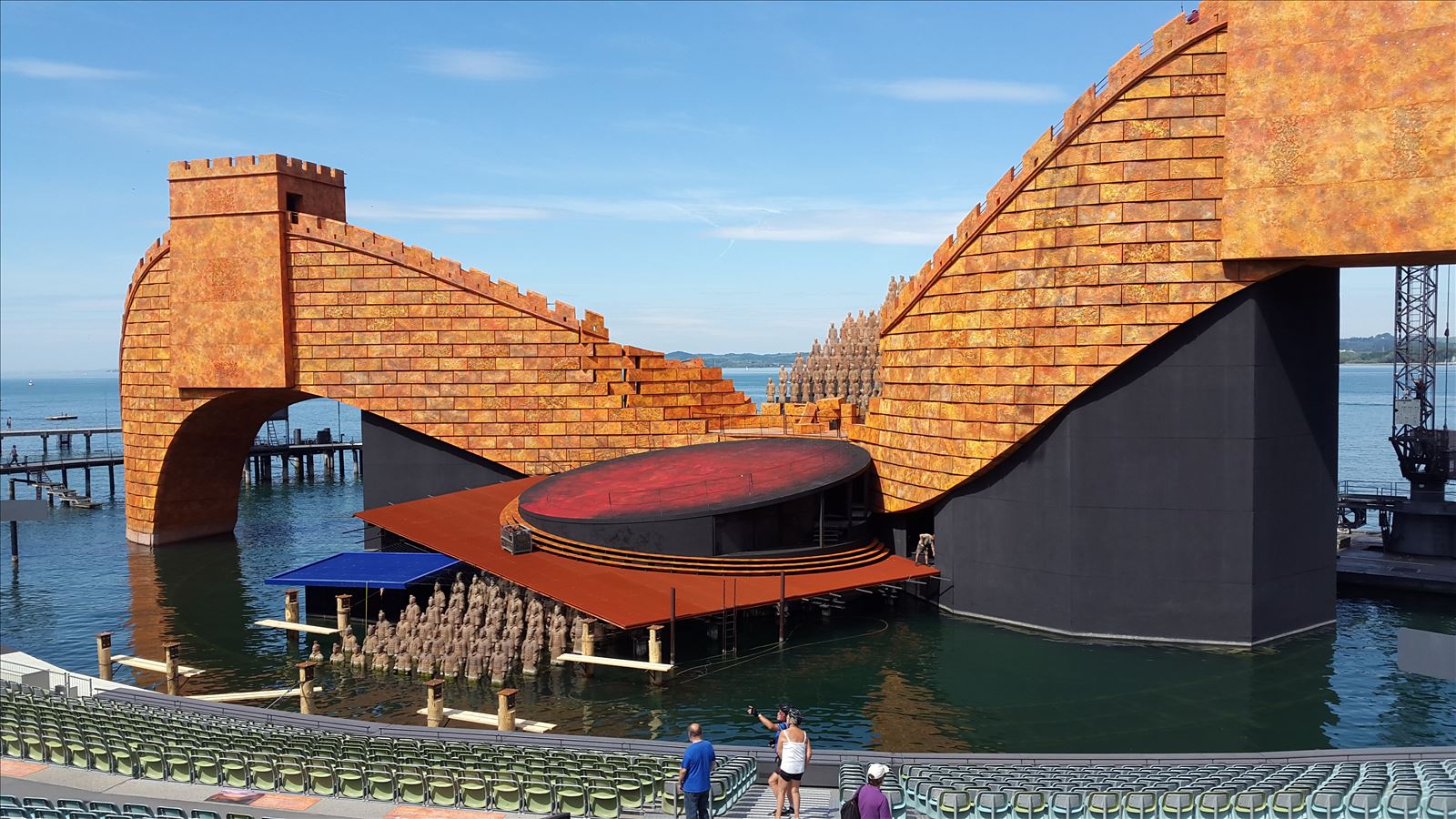 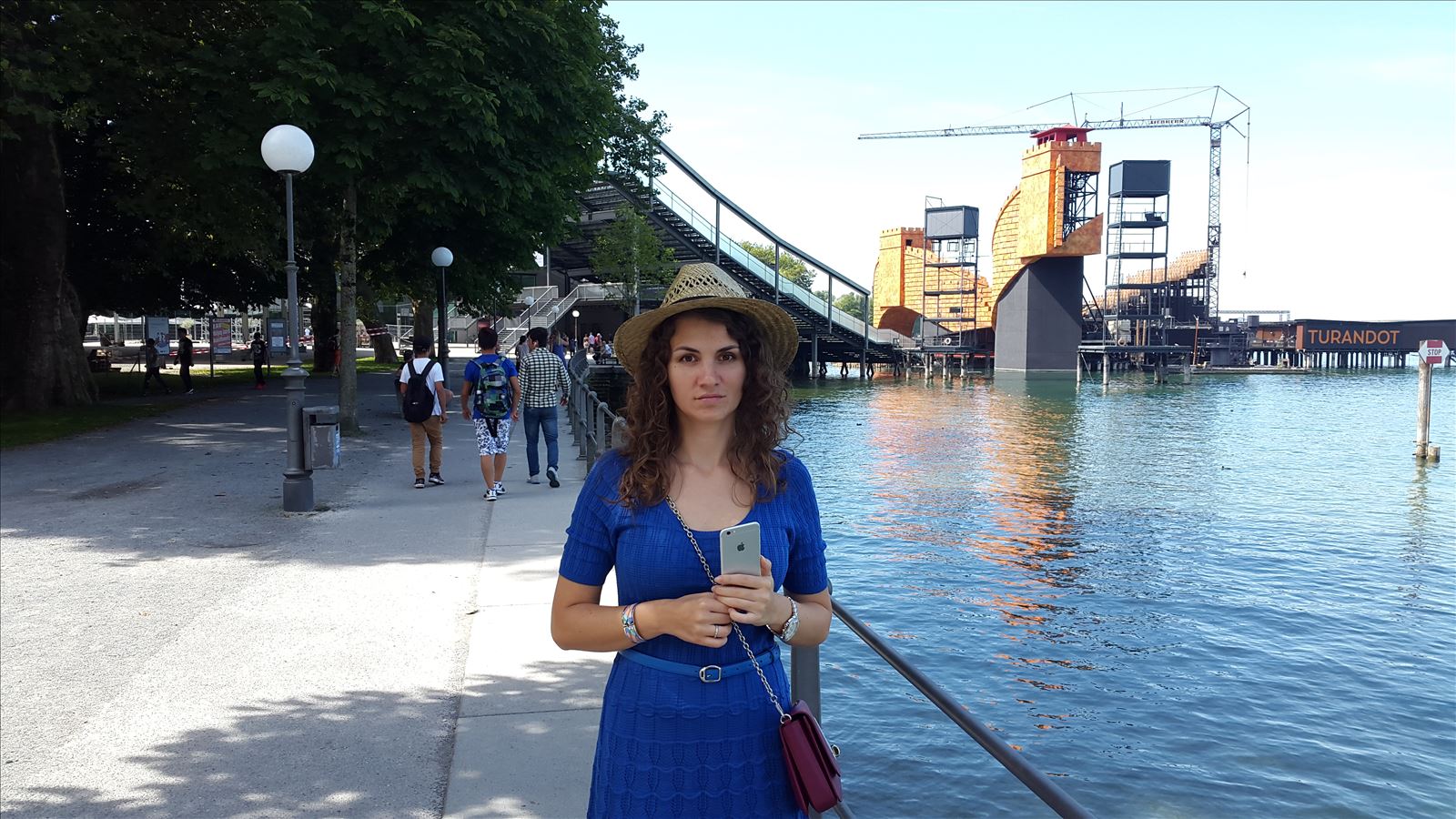 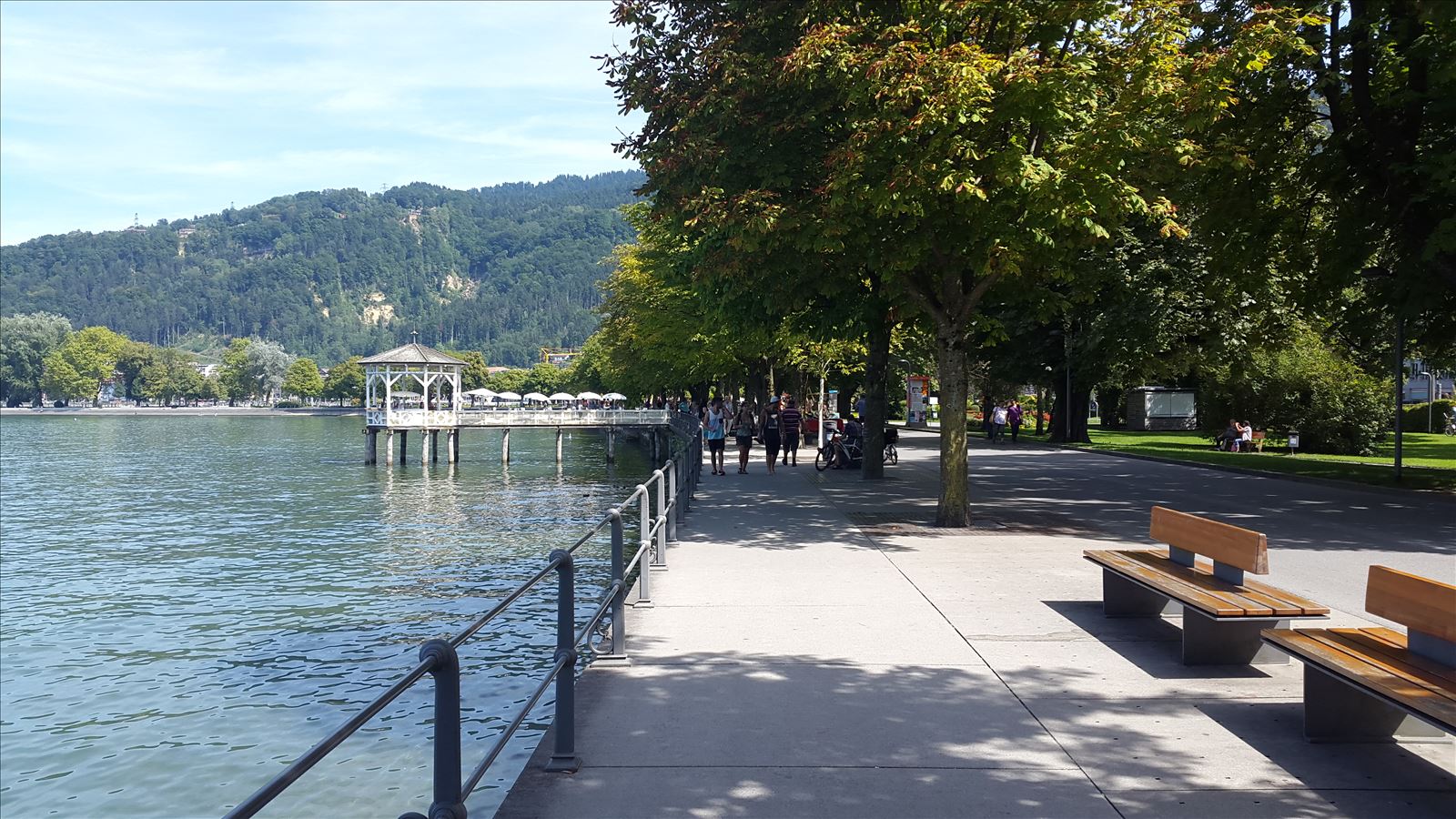 Then we moved to Bregenz, a nearby city, also known for its opera. The settlement at this place existed as early as the 5th century BC, and it was called Brigantion, but only at the beginning of the new millennium, it became a refuge for Alemans, the ancestors of modern Germans. From 917, the rulers of this settlement began to call themselves the von Bregenz counts. By virtue of its geographical location, the city is in every sense closer to Switzerland than to Austria, from which capital is almost 700 km away. Even Bregenz Airport is located in Switzerland. Located on the shore of Lake Constance at the foot of the Pfender mountain, the city stands at the intersection of transport routes connecting neighboring states: Austria, Germany, Switzerland. 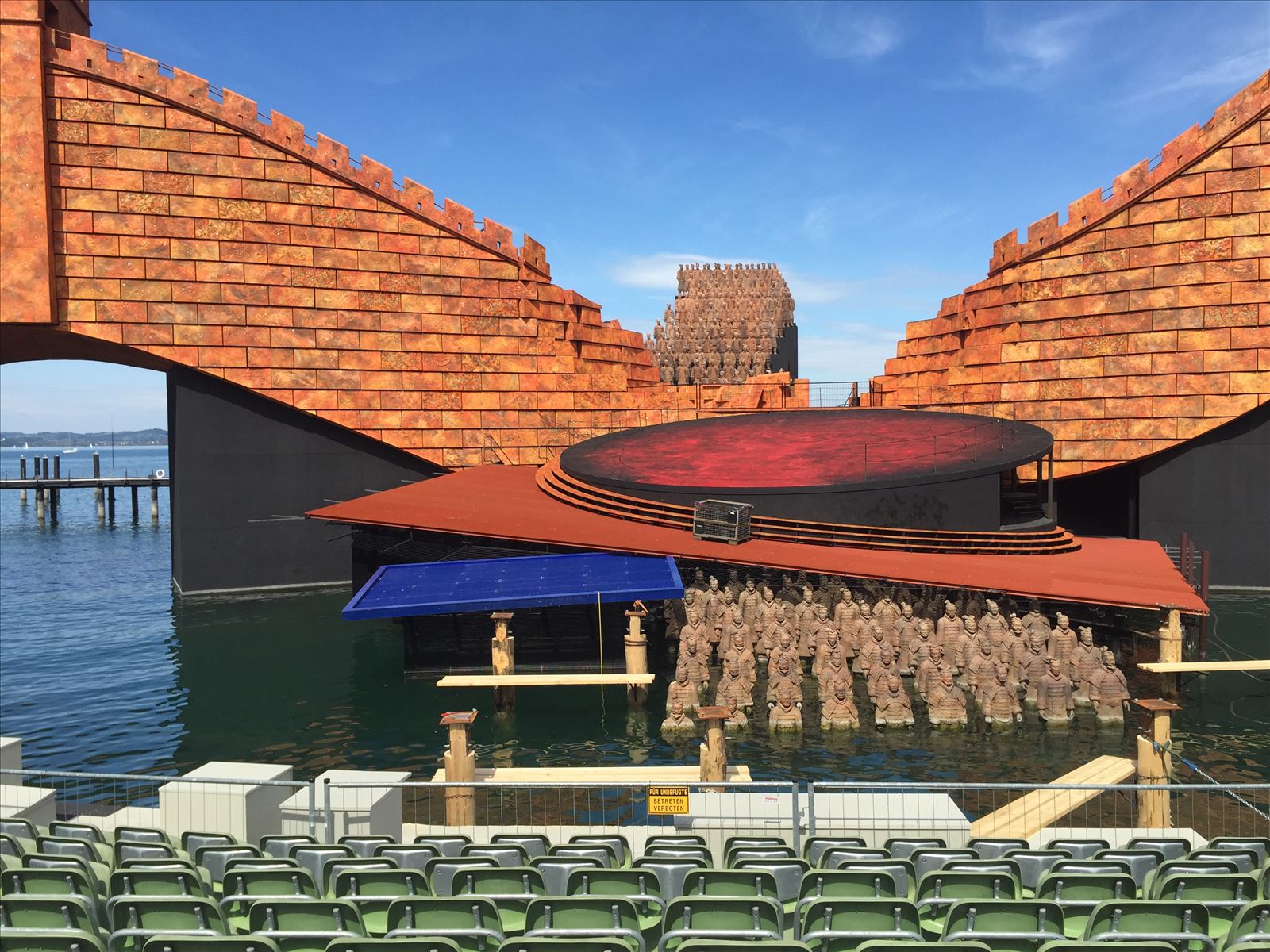 In addition to the usual commercial activities, tourism is highly developed here. And while winter skiing is predictably developed in this area, there are other priorities in the summer. Since the city itself is ancient, there is a large number of historical monuments and museums. But the main local attraction is the Lake Scene, built directly on the lake on stilts, the main scene of the Bregenz Festival. For lovers of opera, there are opportunities to get new sensations – after all, not every day is an opportunity to watch a performance on the lake. At that time, when we were there, a classical opera production, Turandot, was shown on this stage. 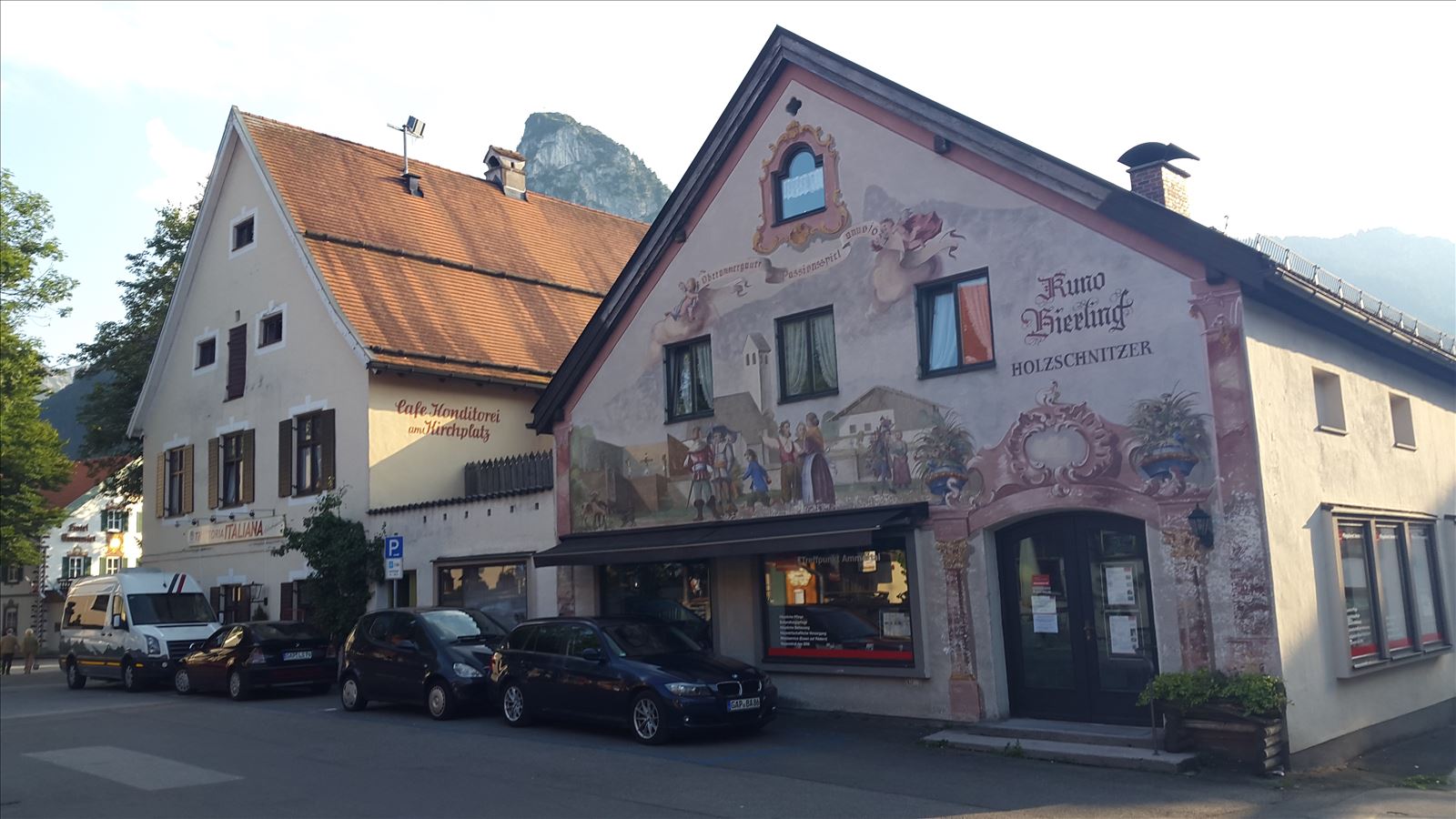 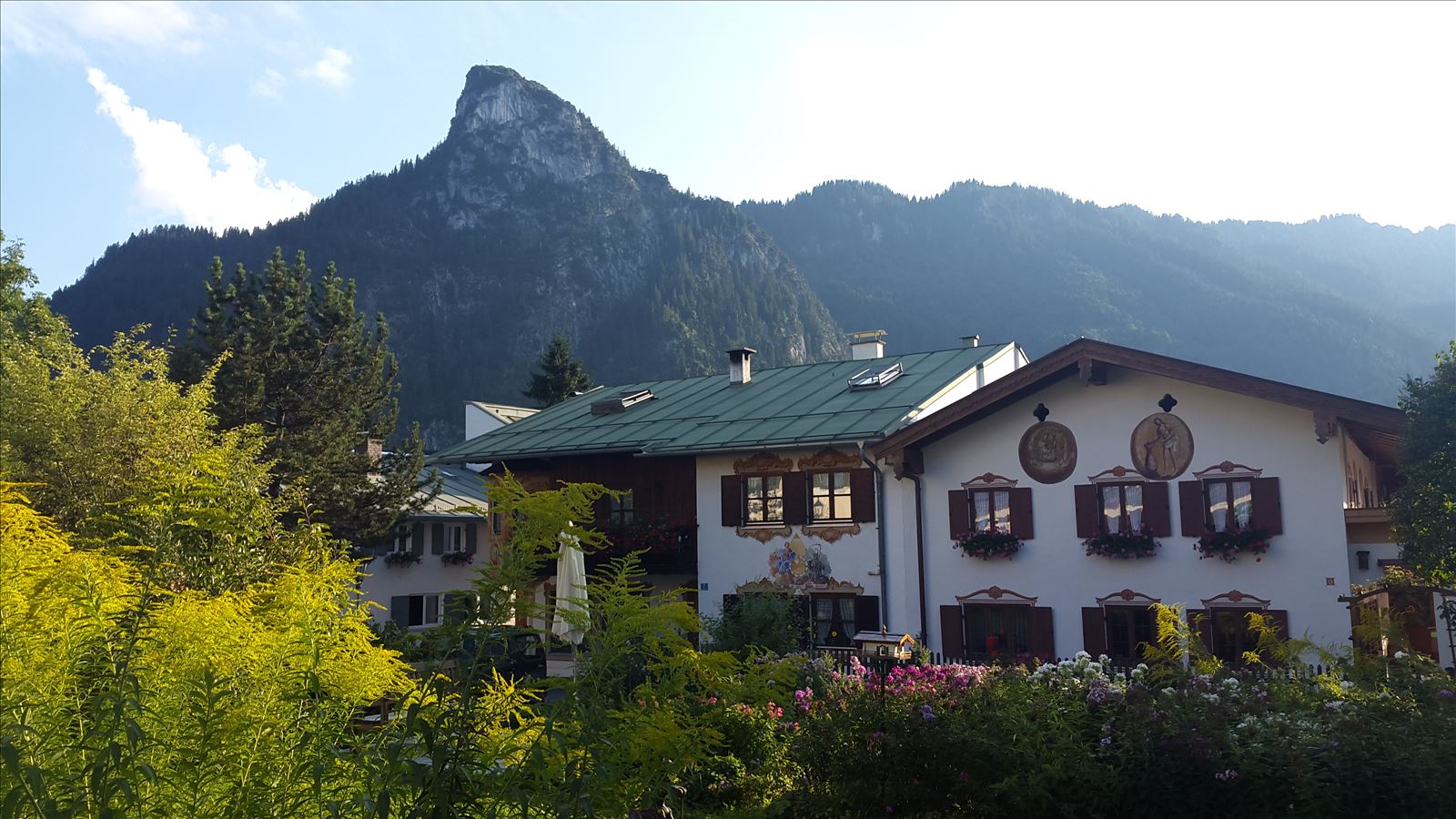 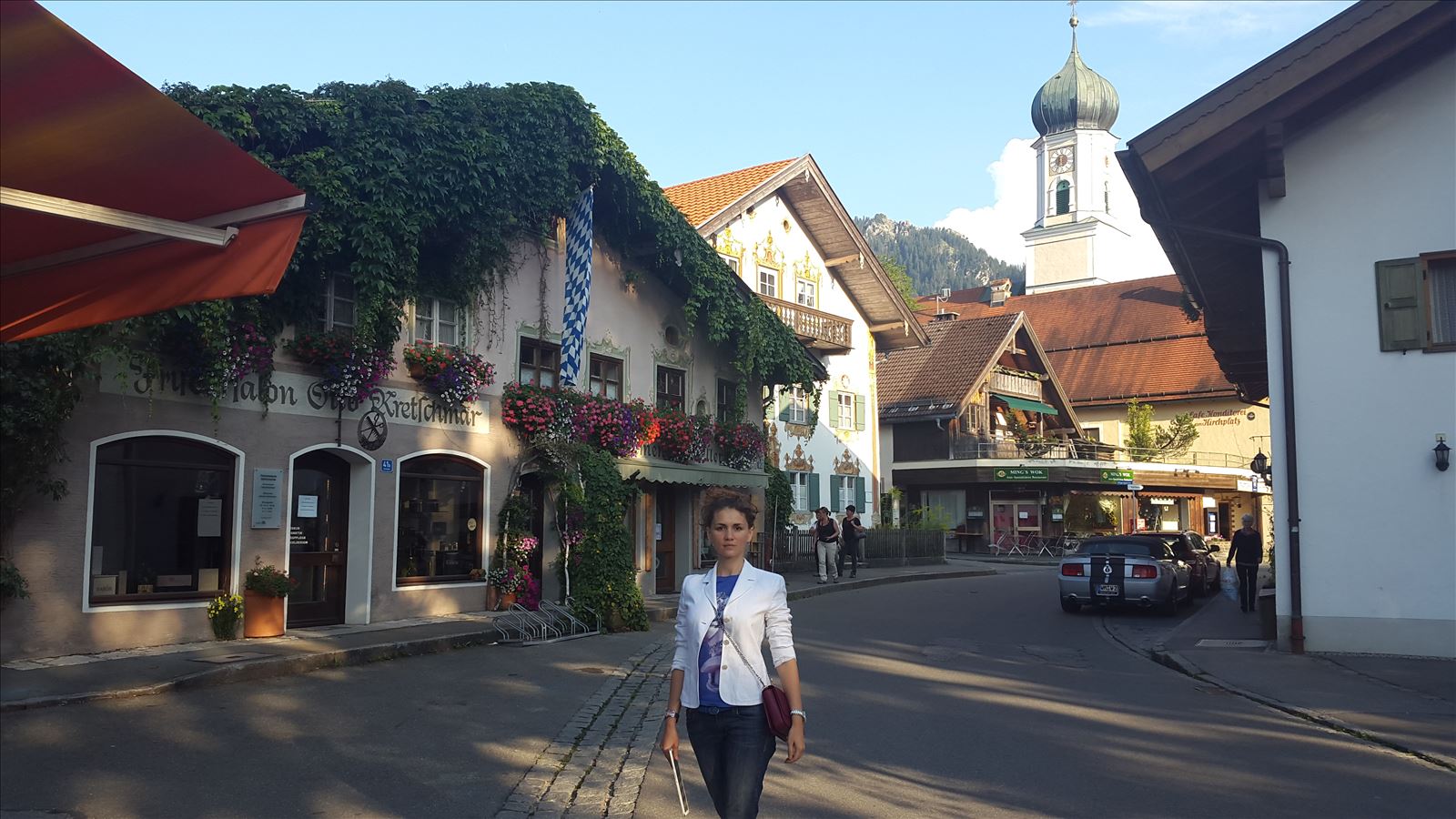 In addition to the famous cities in the region, we also made an unobvious choice and visited a small local village – Oberammergau . It was on the way between Bregenz and Salzburg, and, although it belongs to Germany, in the context of the places we studied, it did not have such fundamental importance – it embodied all the traditions of this region. It is difficult to say why it is necessary to visit it, just it is so perfectly preserved in that “old” form, that being in it, you feel yourself in some other, fantastic reality. Gingerbread houses, painted with fancy patterns, neat gardens, cozy little squares – everything in this village looks like an illustration for the Grimm fairy tales. 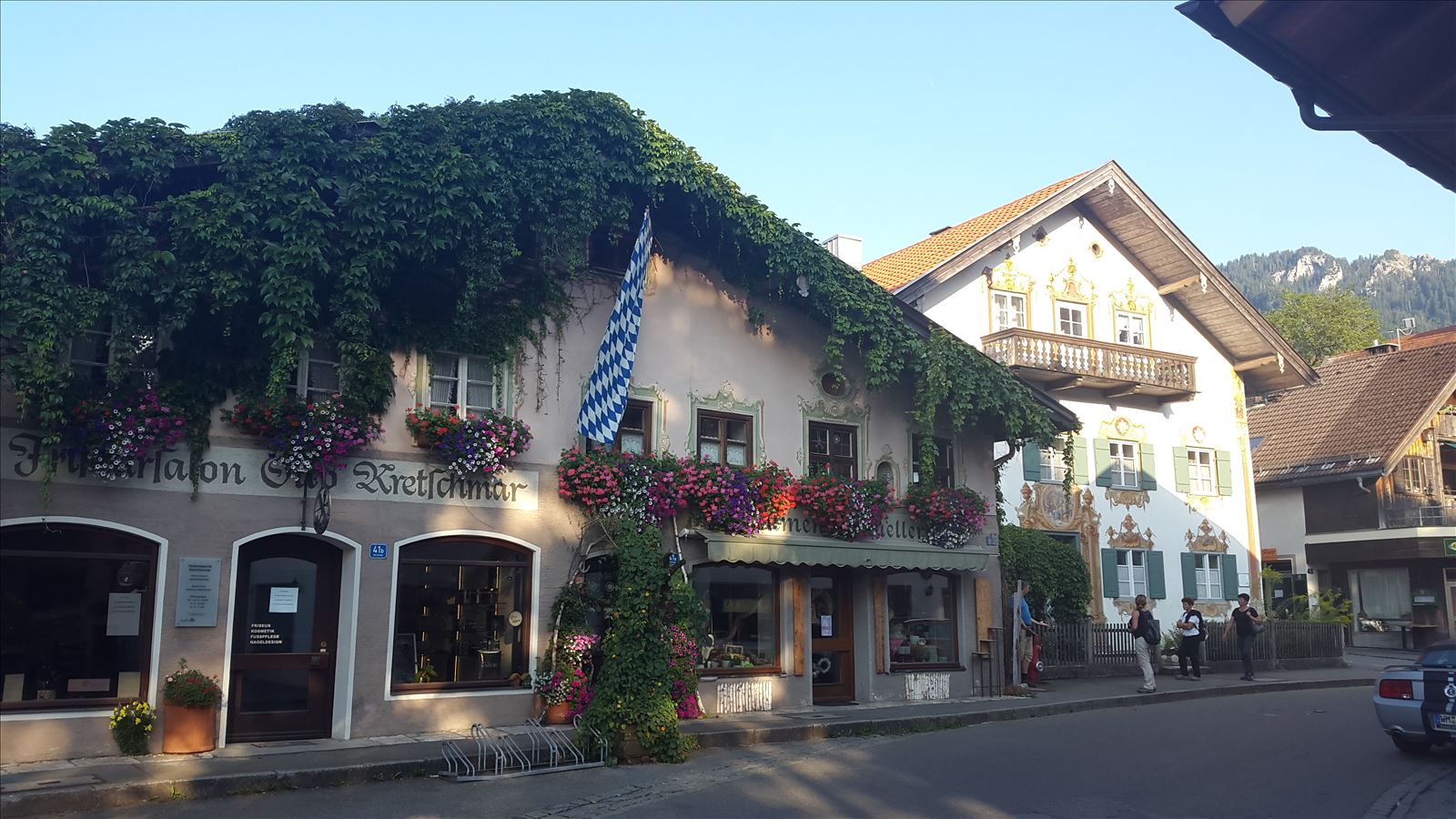 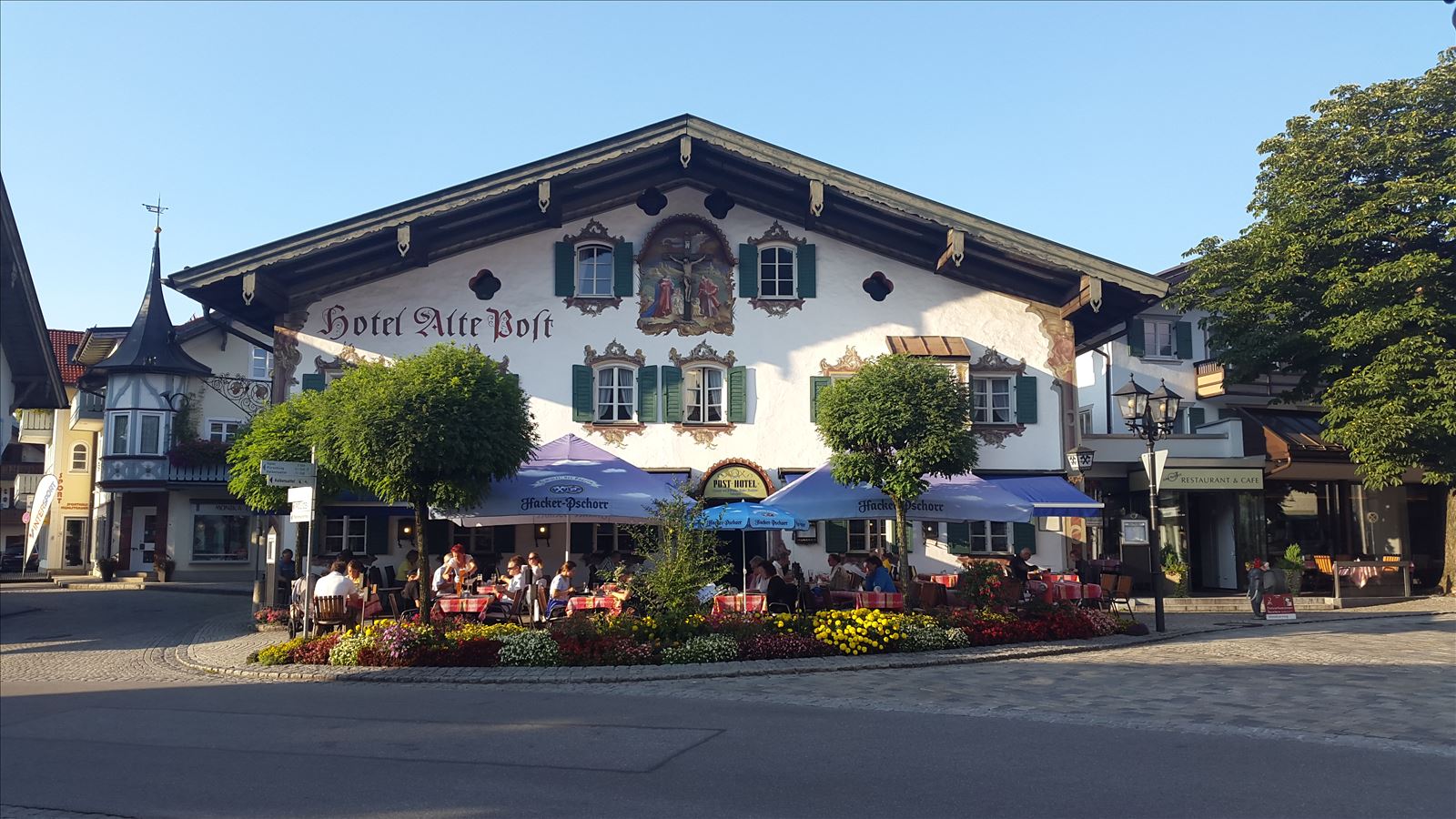 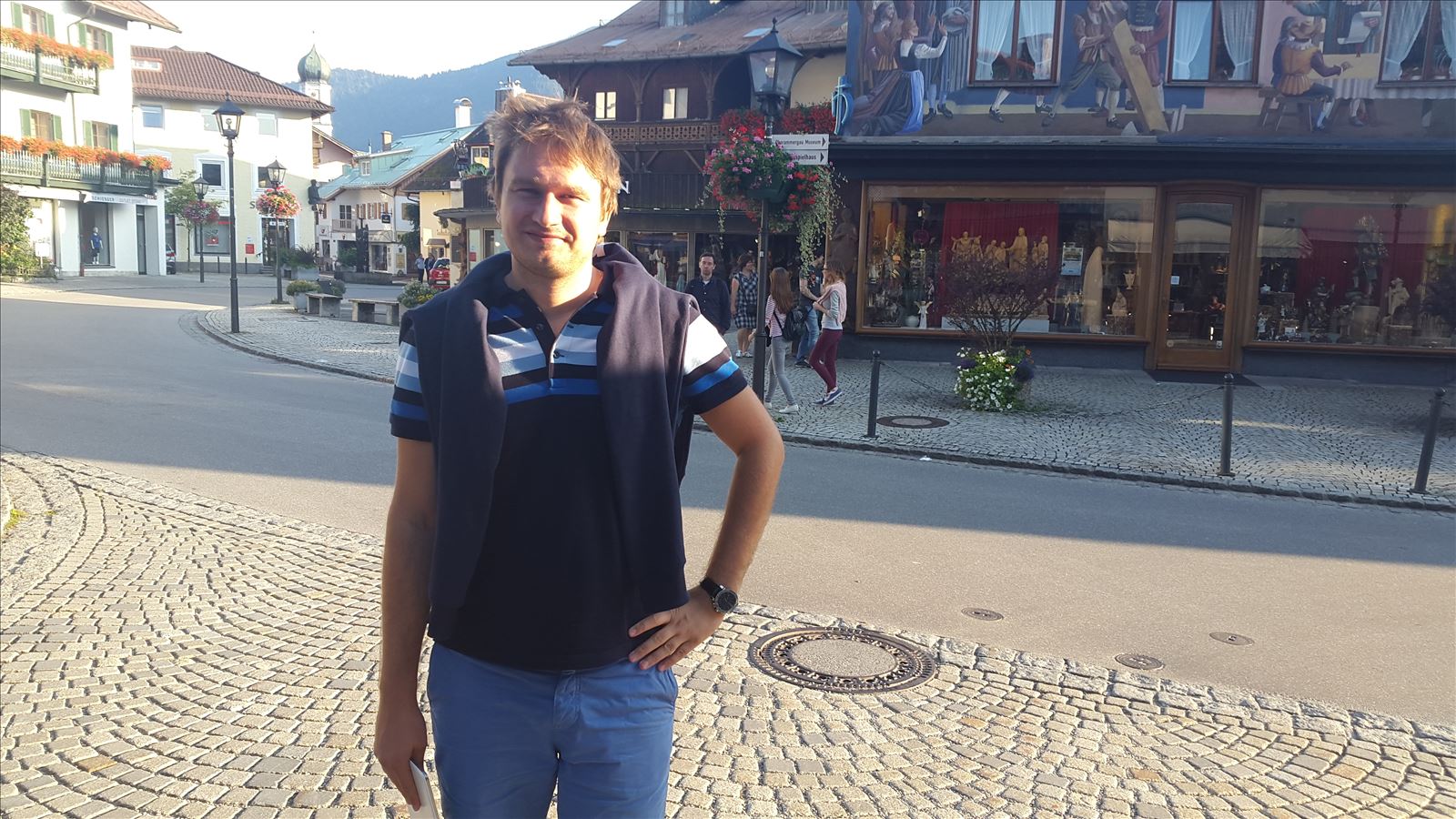 The village itself has been known since the Middle Ages with the production of the “Passion of Christ,” which in those times was an unprecedented success. Nowadays, smaller puppet shows are held there, which is reflected in the windows of local shops – many thematic souvenirs complement the overall picture. Here, too, we noted the moment that had already impressed us in Salzburg – for particularly important events the locals dress up in national costumes. For example, in the main church (which is, of course, a historical monument) a wedding took place, and almost all the guests were dressed in the sweetest national costumes. This is certainly an authentic visit to the area! In general, we highly recommend that you turn off the routed routes and look into this marvelous corner. 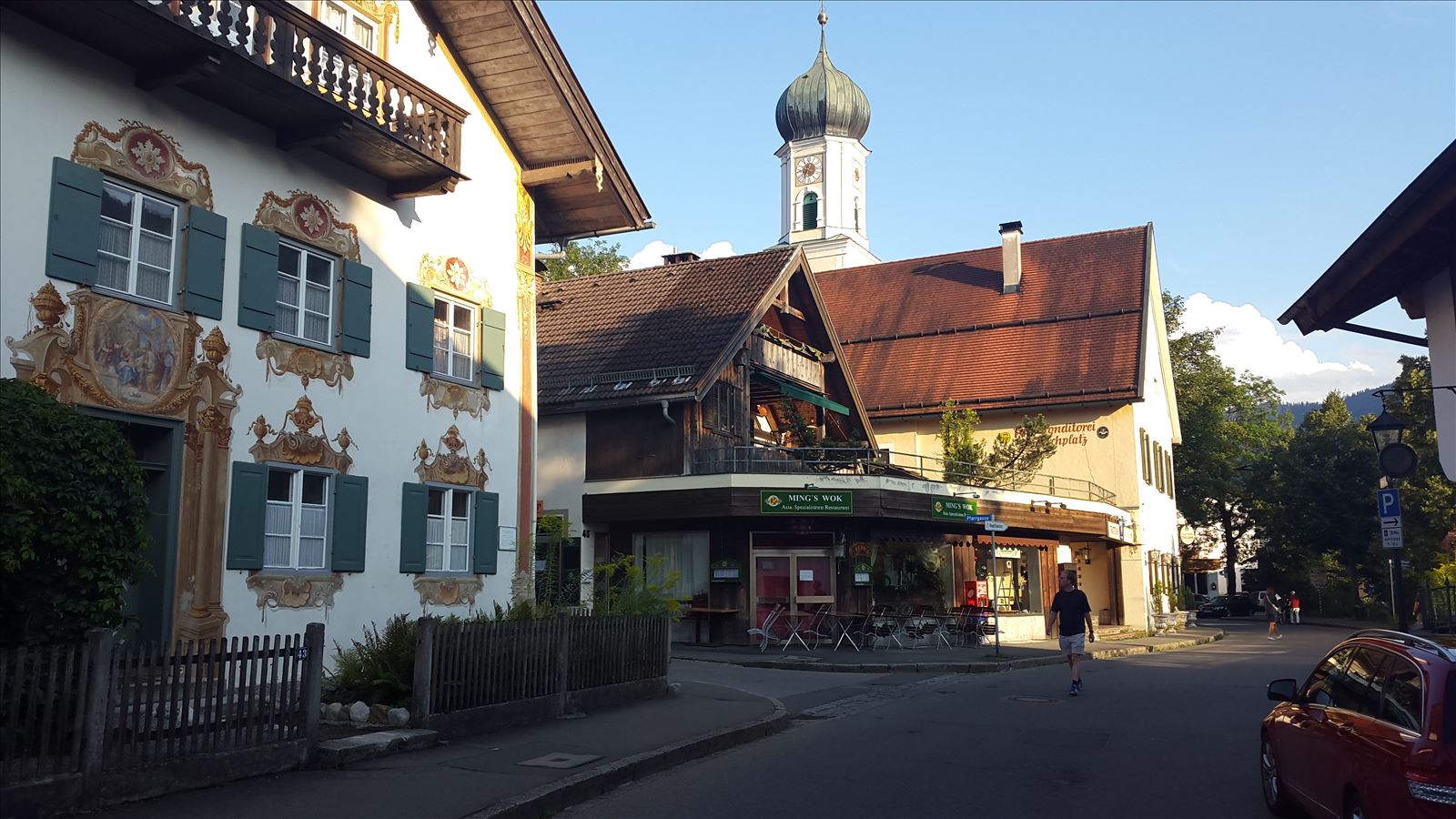 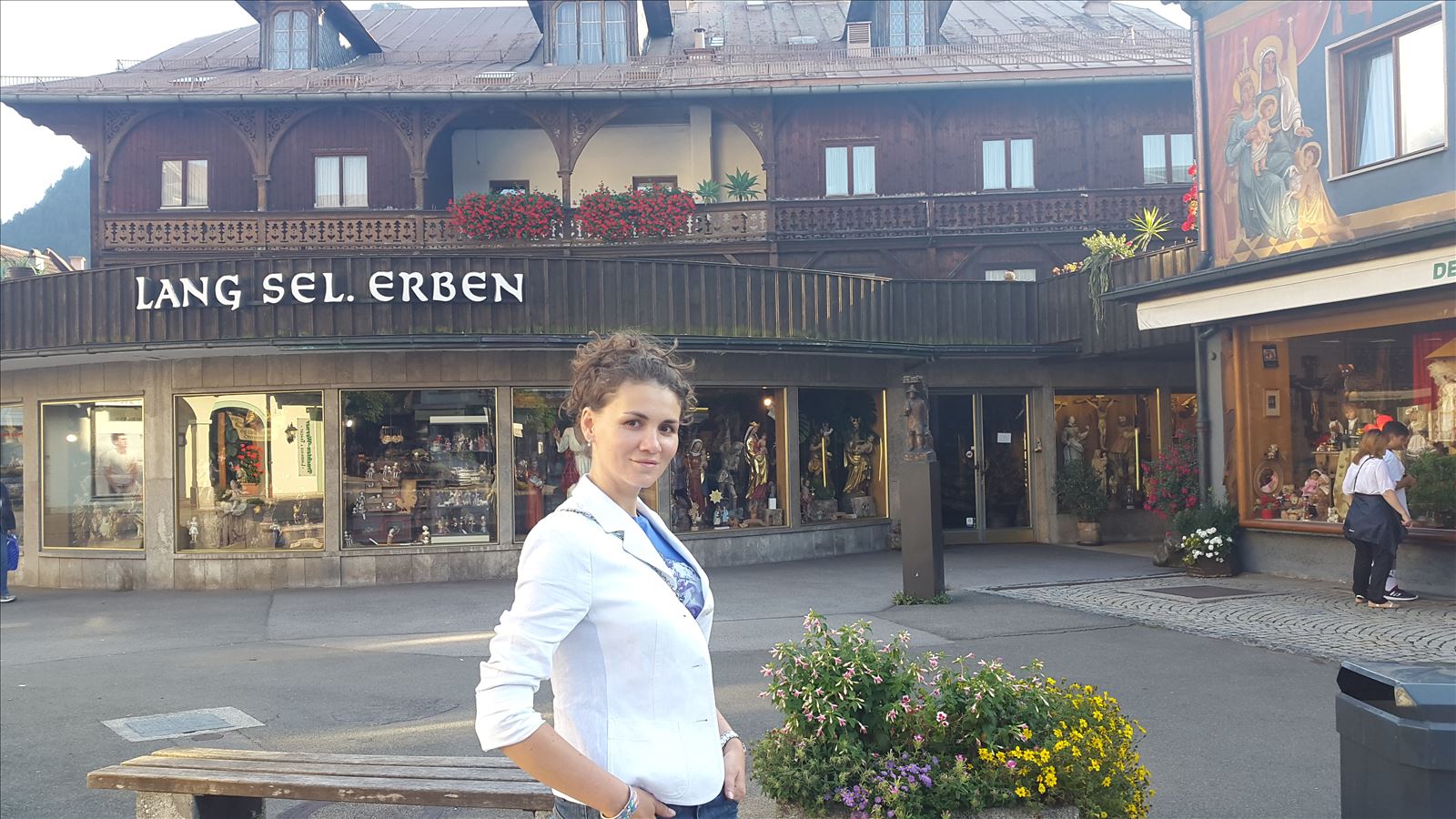 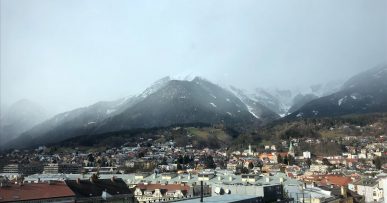