One of the Mascarene Islands in the Indian Ocean, Mauritius (along with Rodrigues Island) forms the state of Mauritius, part of the British Commonwealth of Nations (or Commonwealth). The island has a volcanic origin, and is surrounded by coral reefs. The highest point of the island is Mount Piton with a height of 826 meters. And, although from the 10th century, the island of Mauritius was known to Arab navigators, the Portuguese discovered it only in the 16th century. For a time, it was under the control of France, and only in the 20th century became the state of Mauritius. Its main “industrial” focus was the production of sugar cane, which made it a strategic colony for the metropolitan fought for domination. Even now, most of the island’s land is occupied by its plantations. Additionally, they have an interesting tax system, which makes it attractive for international lawyers and global business. 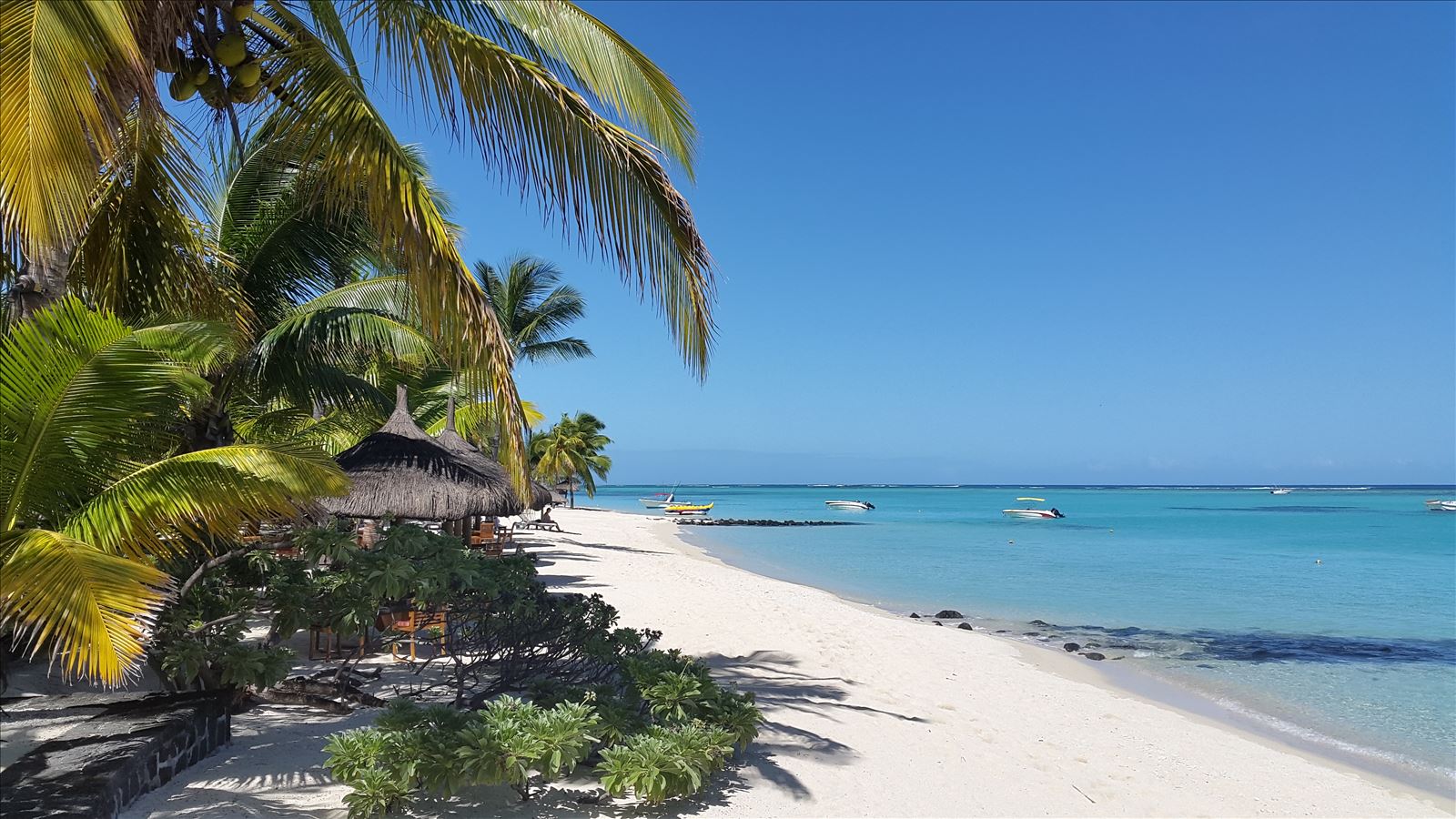 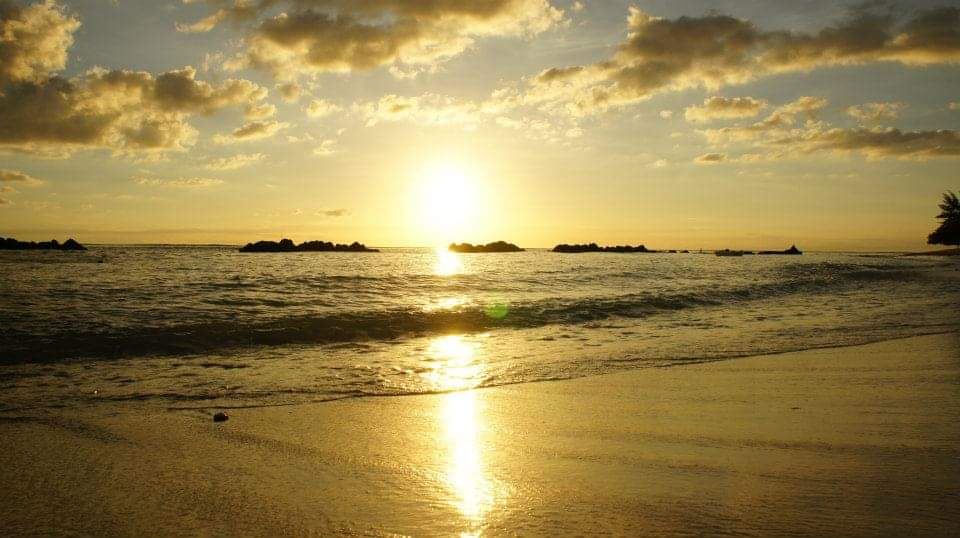 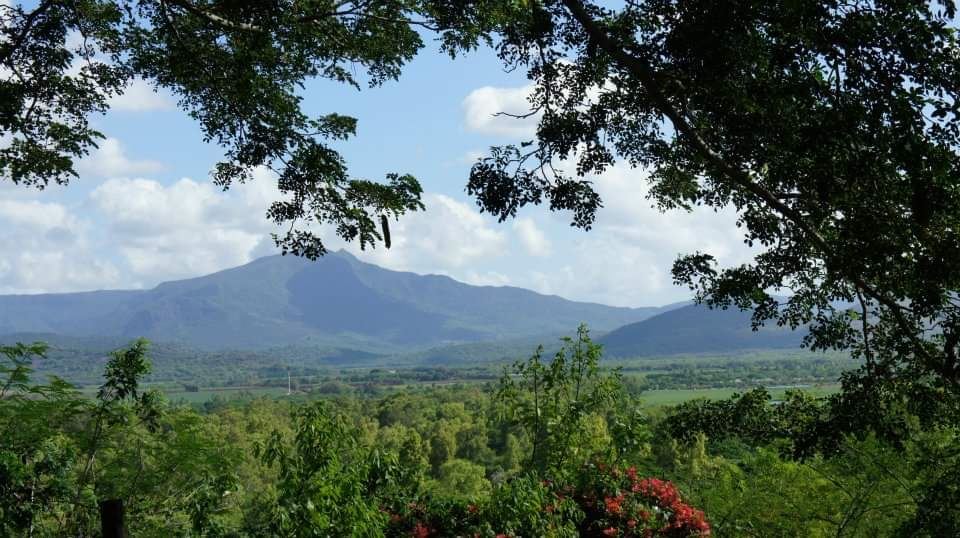 Speaking about sea recreation, Mauritius, undoubtedly, is worth describing in more detail. There are thousands of beautiful beaches in the world, but it is in Mauritius that all the positive aspects of such a holiday converge at one point. Amazing mild tropical climate, which is conducive to a pleasant pastime, without hibernating from the heat. The purest crystal-blue ocean of ideal temperature (especially for those who like to warm up like us). A lot of entertainment for those who are not able to sluggish for a long time on the beach and want to relax by being a little active. Mauritius is also known for attractive goods, which are especially popular with tourists here – cashmere and … diamonds. Yes, yes, the best friends of the girls here are sold at every step, and not only in the shape of jewelry, but also separately, with the corresponding certificates of international standard. And, of course, wonderful hotels, as comfortable as you can imagine. 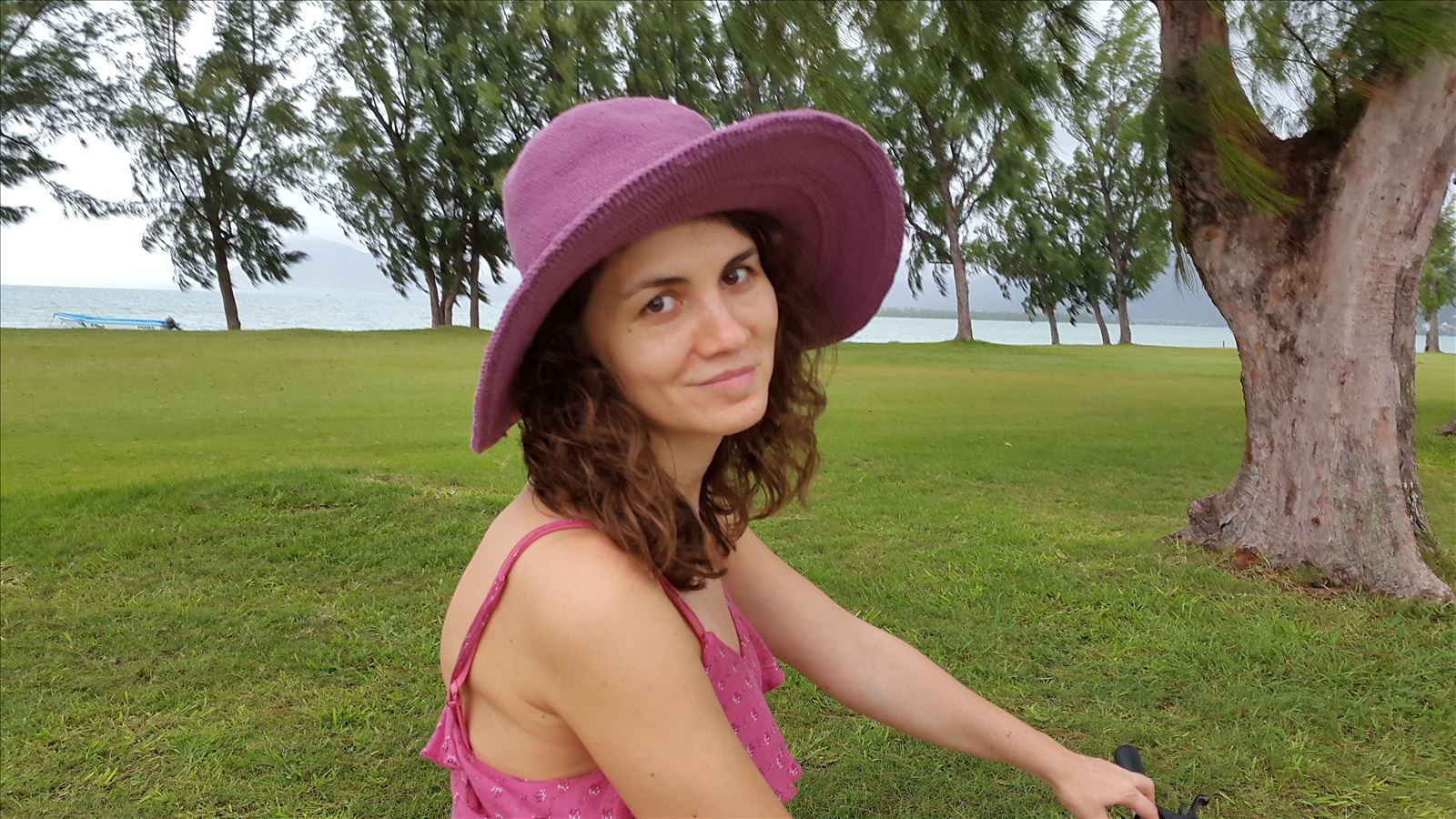 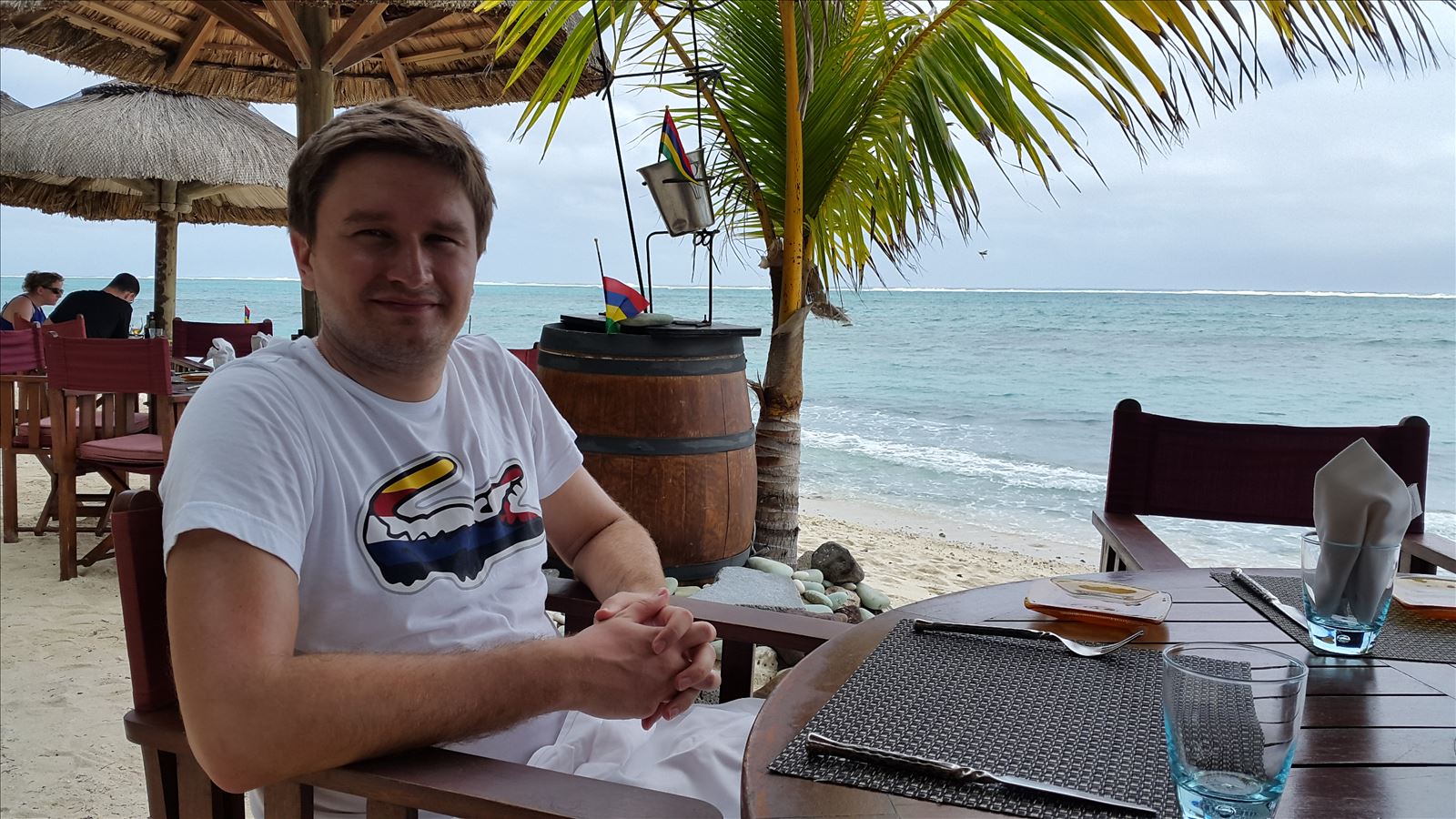 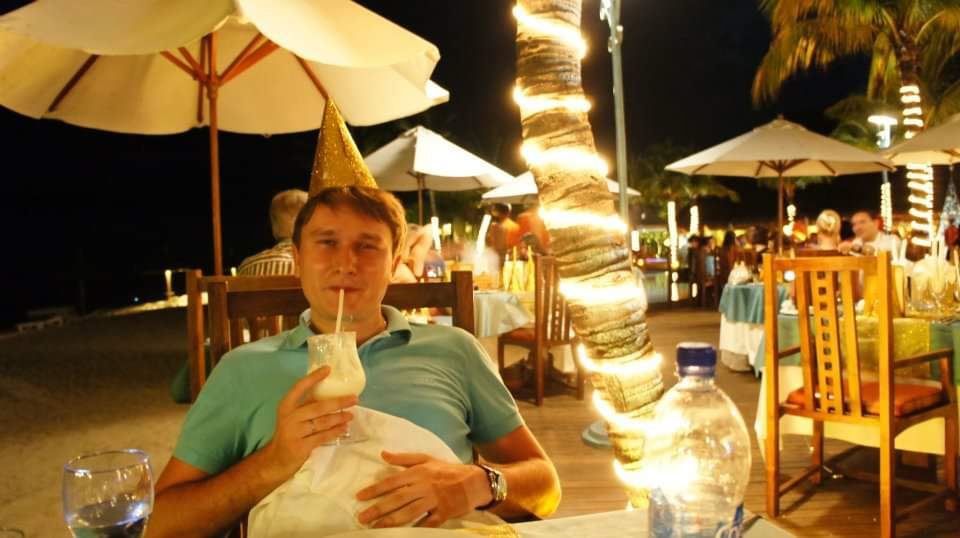 We visited Mauritius twice, and both times the island made an unforgettable impression in its own way. The first time we stayed at the hotel Sands Resort , spending the New Year holidays there. Thanks to booking through the aggregator Hotel Price Scanner, even during this high season, the cost of living was reasonable. Holidays were a success – the hotel’s own beach was conveniently equipped with everything needed for such a holiday, and the hotel’s exquisite cuisine added to the special highlight of the stay. We stayed at a lot of various places, but in this hotel the dishes really were remarkable, as indicated in its description, and every evening we were really looking forward to going to dinner. 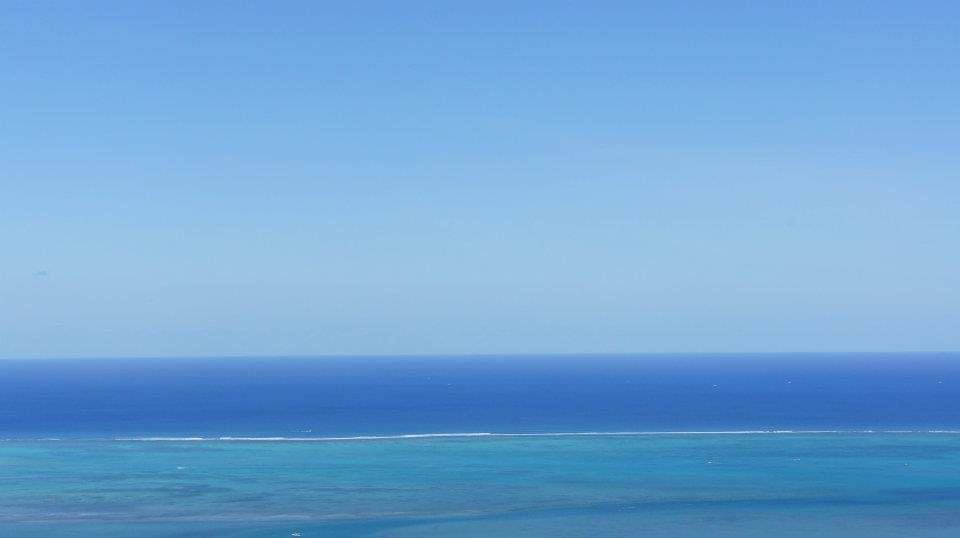 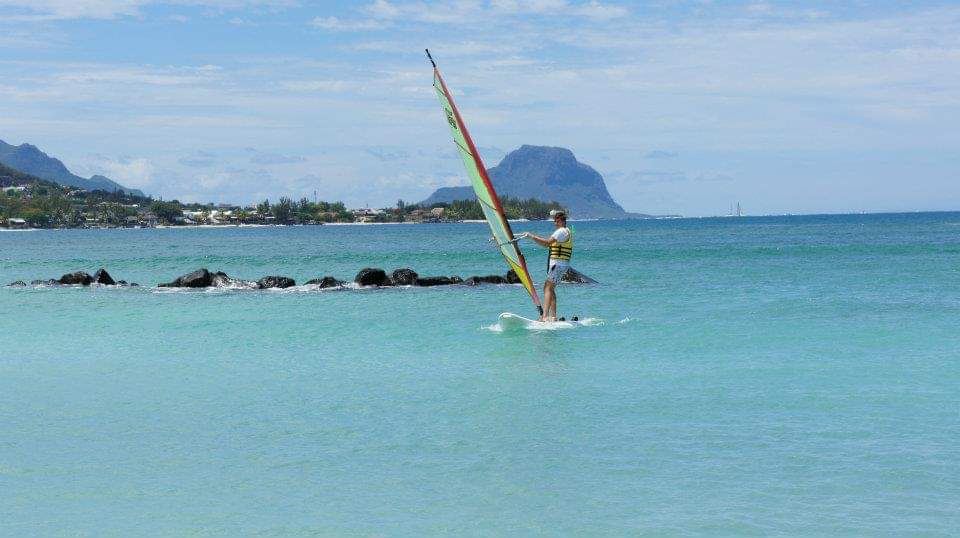 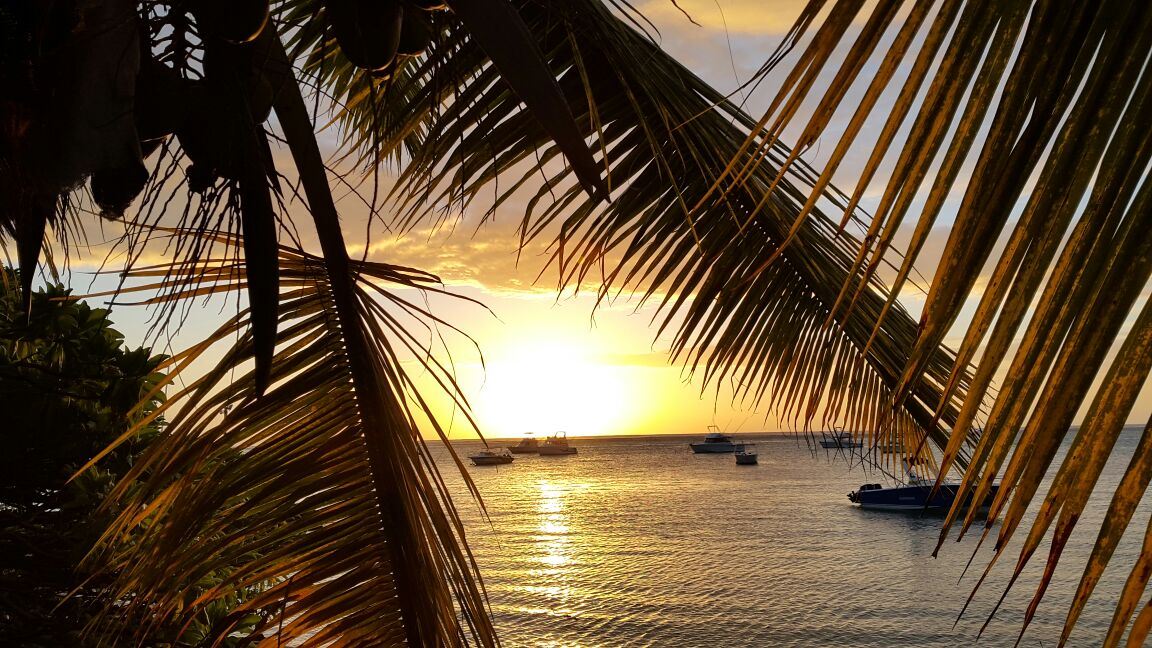 There is one funny moment associated with staying on the beach. Well, how funny … Shark question has always worried me. And I, stubborn as a mule, before going to another resort, found out the nuances of shark behavior in local waters. The horror is that the world statistics on attacks are still not conducted according to uniform standards, each region has its own criteria for attributing the situation to “sharks”. But in the Indian Ocean this issue is really big – the island of Reunion (neighboring Mauritius) is simply the center of gravity of the sharks and the leader of the region in their attacks on humans. Surprising is the fact that no such features were observed in Mauritius, information about attacks is minimal . Studying this issue, I found out that Mauritius is surrounded by a barrier coral reef almost along the perimeter, which prevents large fish from breaking through to the shore. And this makes Mauritius a very attractive place to rest. Especially for nervous people like me. 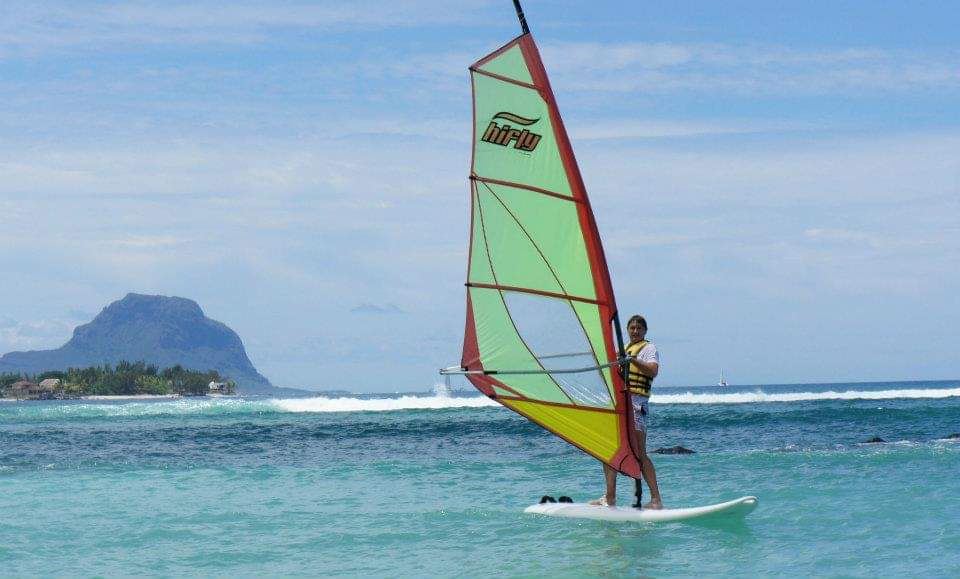 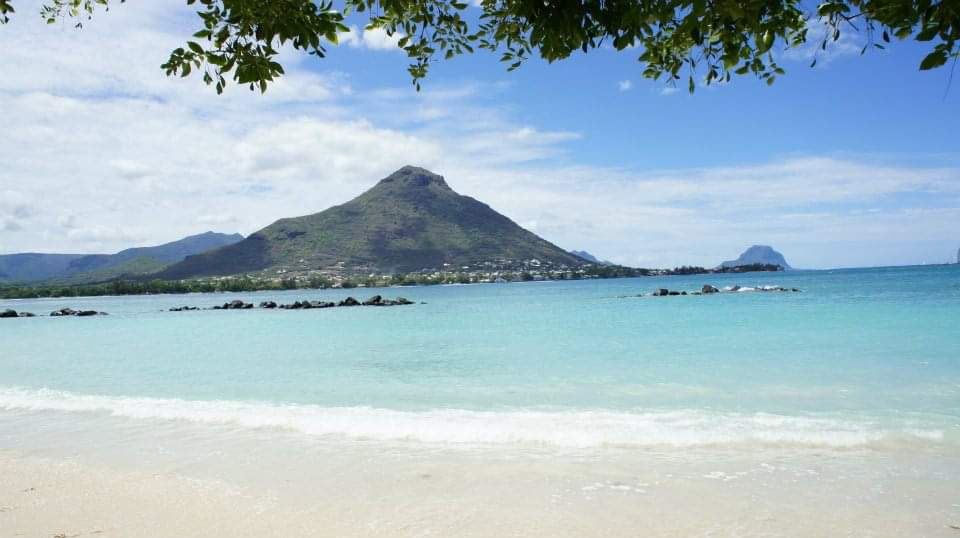 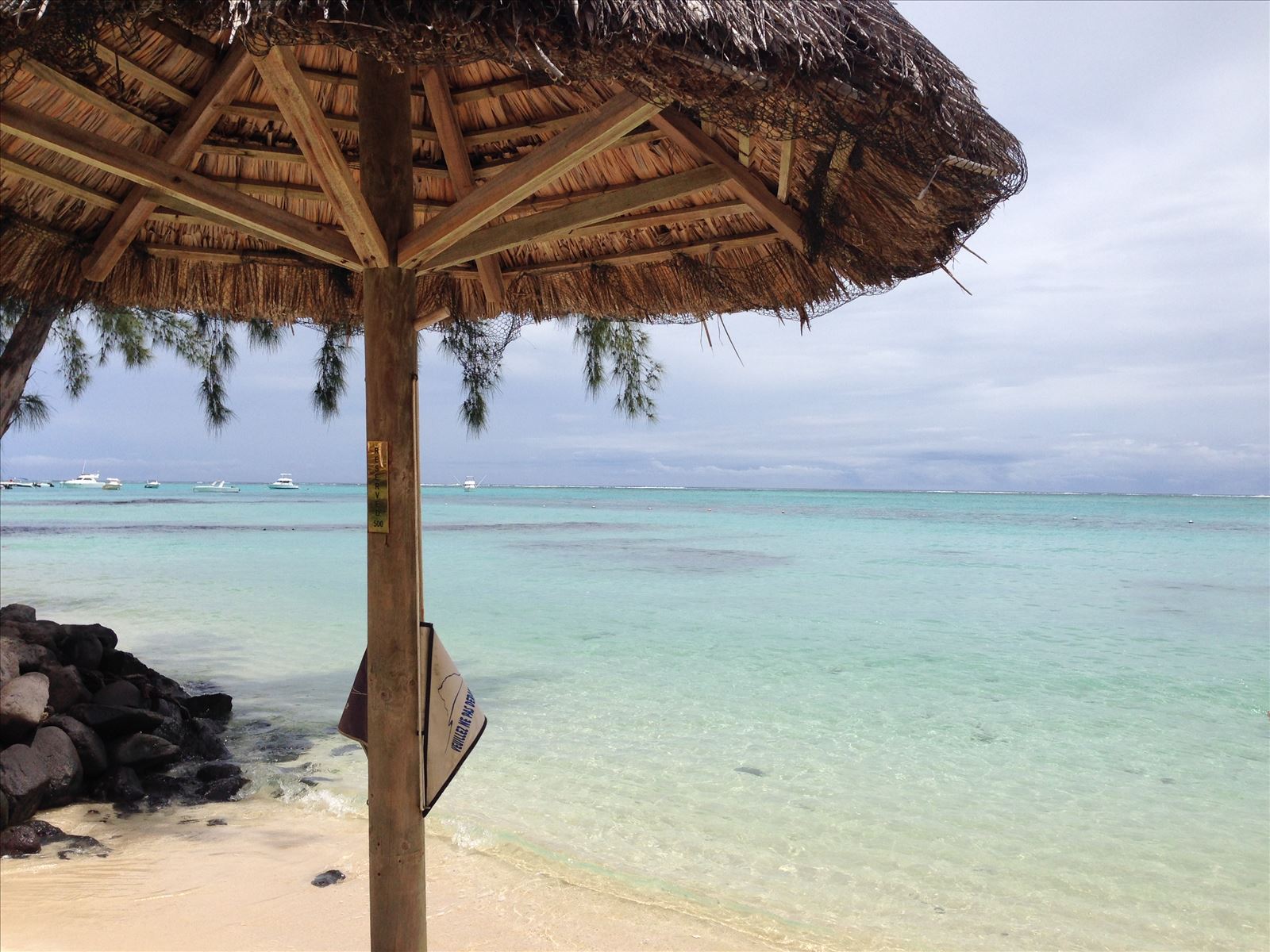 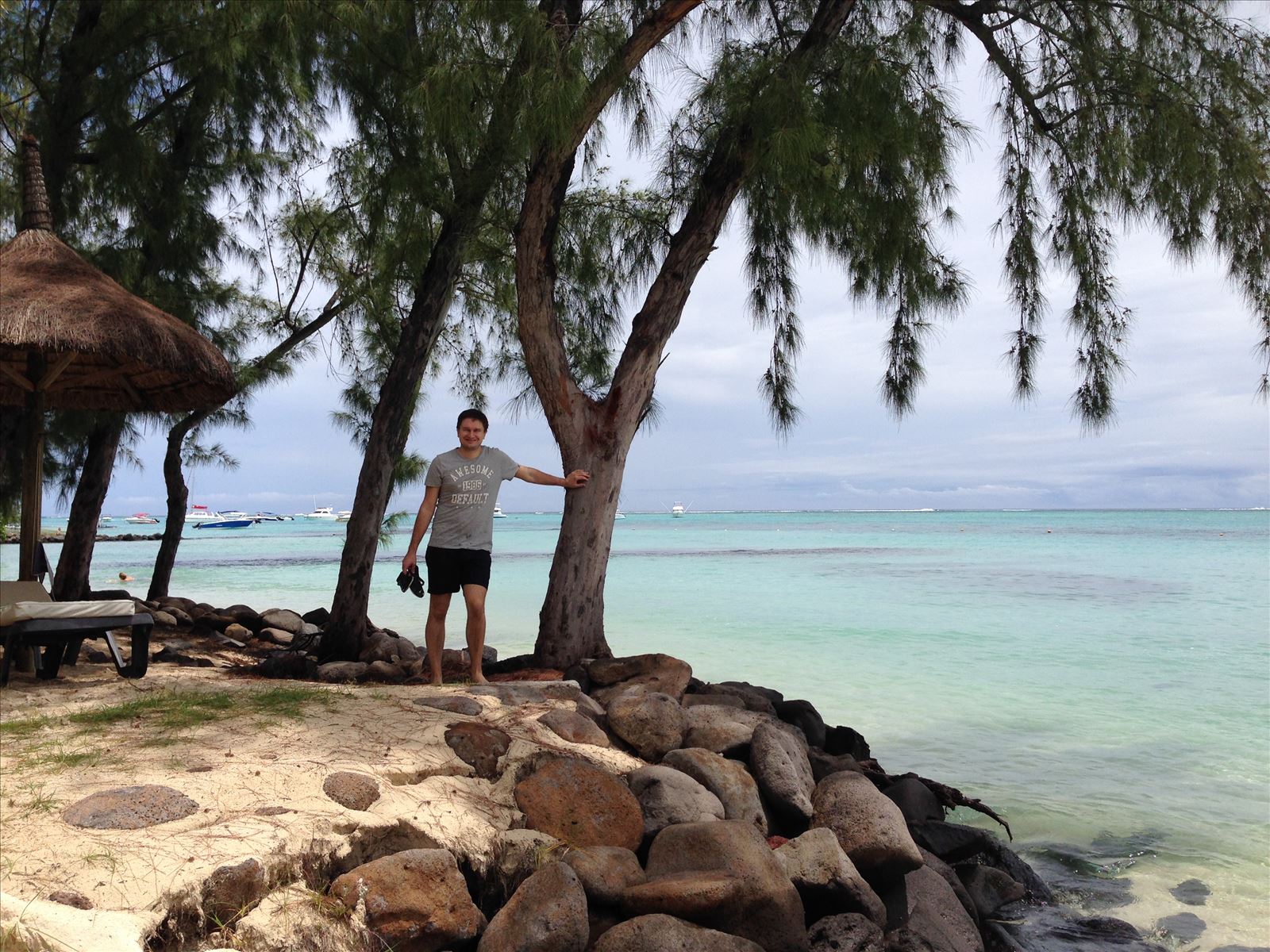 And so, taking a kayak on the beach, I drifted relaxed at sunset about 10 meters from the coast, taking sun baths, and admiring the transparent azure of the waves. Slightly sailing to the side, with lateral vision I noticed a large gray shadow in the water under me . In a split second, all the information about the local inhabitants of the waters flashed before my eyes, and horror shook my arms and legs. Here it is, the moment of truth! No wonder I have been so afraid all of my life, as if preparing for this moment. With the doom of a trapped animal, I began to peer into the water under a kayak, but saw nothing. What scared me even more – what if the shark is ready to attack and rush from the depths to knock me off the flimsy little boat ?! With some strength, I started paddling toward the shore, and saw that the shadow was moving behind me. And just after swimming very close to the shore, I realized that that “shadow” that scared me before the tremor was a real shadow of my kayak. On shaky legs, I went ashore and did not experiment with water sports anymore. This cannot be said about my husband – he gladly mastered windsurfing, for which there were all the conditions. What made me nervous a lot, forcing me to peer into the waves on the way of his board to the border of the safe zone, separated by coral reefs from the rest of the ocean. In fairness, it should be noted that during the period that we visited this island, there was not a single case of shark attacks on humans. 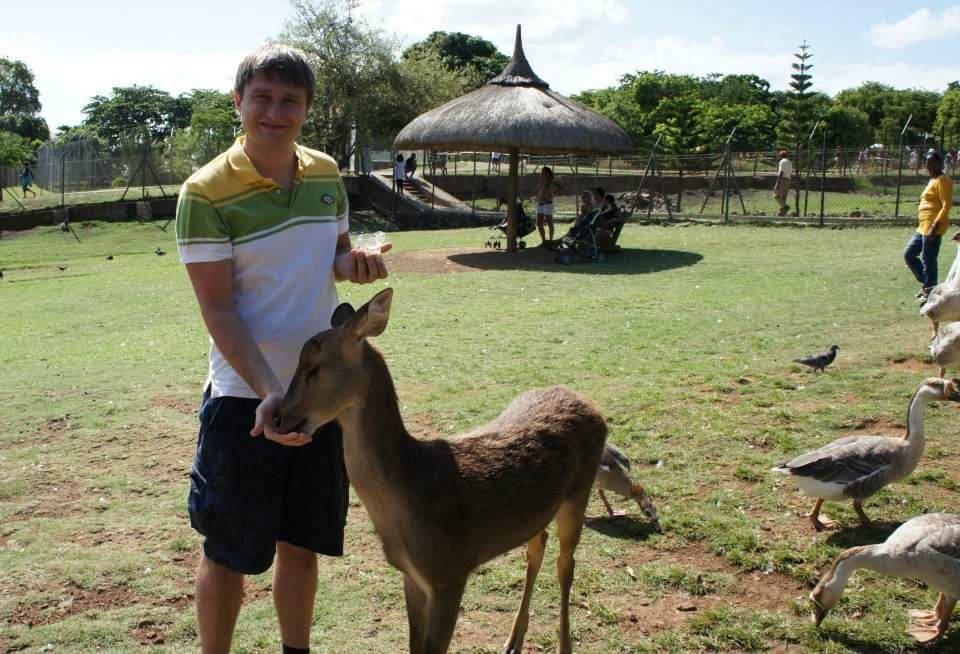 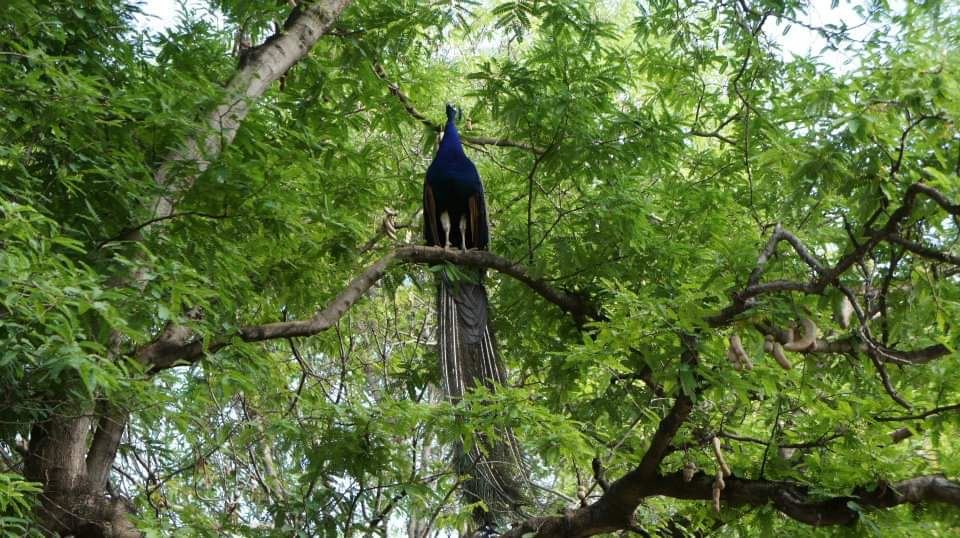 Returning to the description of the beauties of the island, it is impossible not to mention visiting a safari park Casela, during which not only you can be interactive with popular little animals like deer, goats and turtles, but you can also go to the aviary and approach wild cats (for example, lions!), and even stroke them! It’s amazing, it always seemed to me that the hair of a lion is soft and fluffy. But no, it turned out it’s very harsh . The pleasure you receive from the moment when you got to stroke the animal king (more precisely, the queen) of animals, is simply indescribable. Although the precautions had to be studied in detail and meticulously observed. The park staff made a strong emphasis on the habits of a lion – you should not act “as a victim” – turn your back, show fear, lose vigilance. And in case of an emergency, they were asked not to forget about the ancient instinct of these animals – they are afraid of a person with a stick, especially if this stick is raised high and aimed at the animal. They say that the “ancient memory” works, and the big cat is afraid. Well, this was all in theory … fortunately, we did not have the opportunity to test this in practice 🙂 But, there was a sea of impressions of being in an aviary with lions. 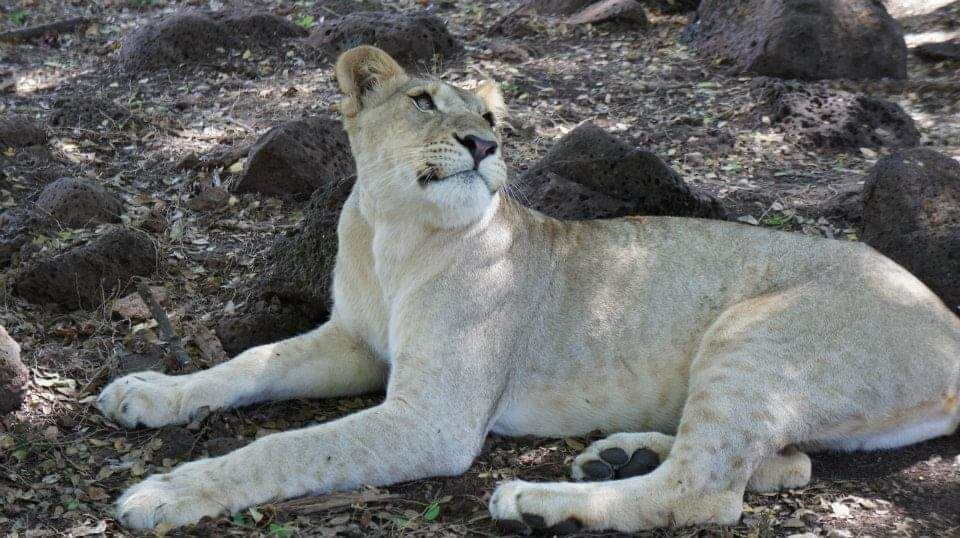 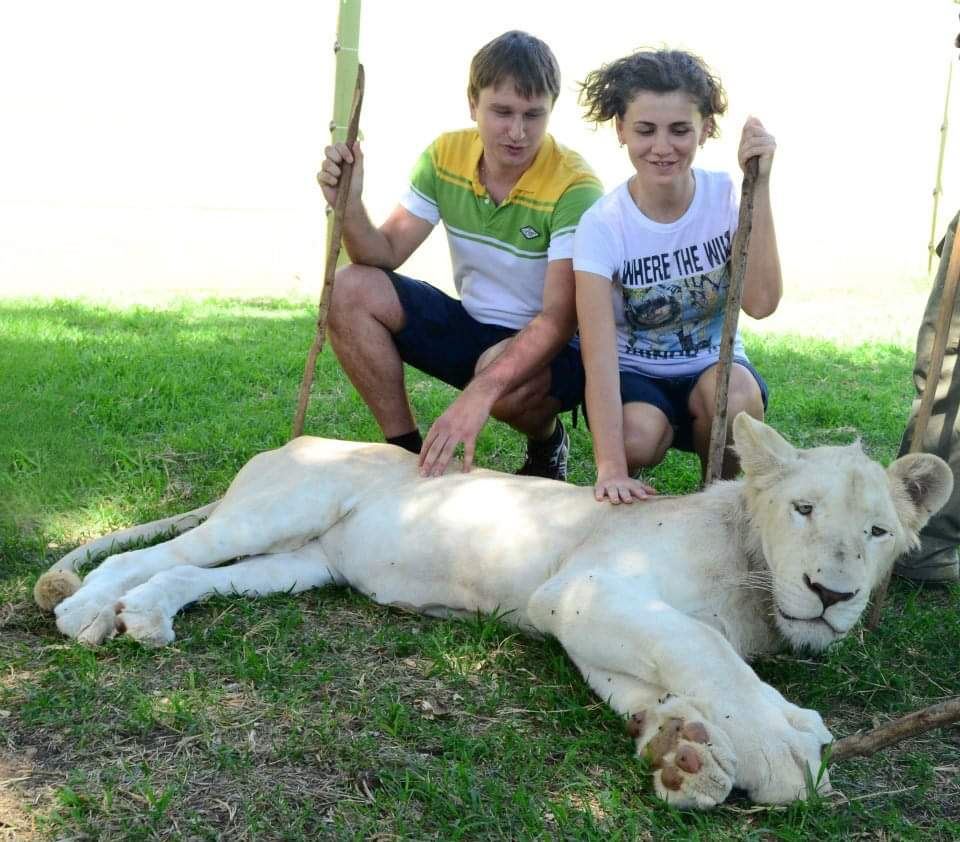 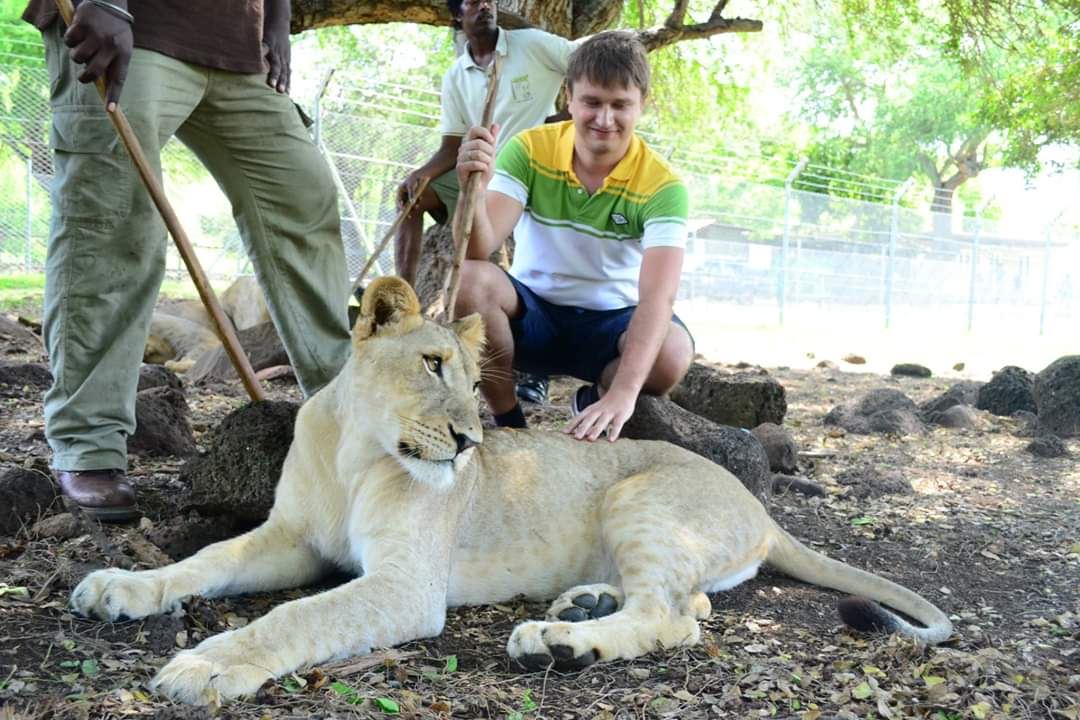 Another memorable entertainment was visiting another wildlife park – Chamarel, where, in addition to all sorts of natural beauty, such as waterfalls, you could see the main local attraction – 7 types of “land” (hence the name “seven earths”). The volcanic origin of the island helped to create this protected corner, where multi-colored layers are clearly visible. The spectacle is memorable. Well, the whole geopark is impressive, if you wish, there you can explore many other amazing natural objects. 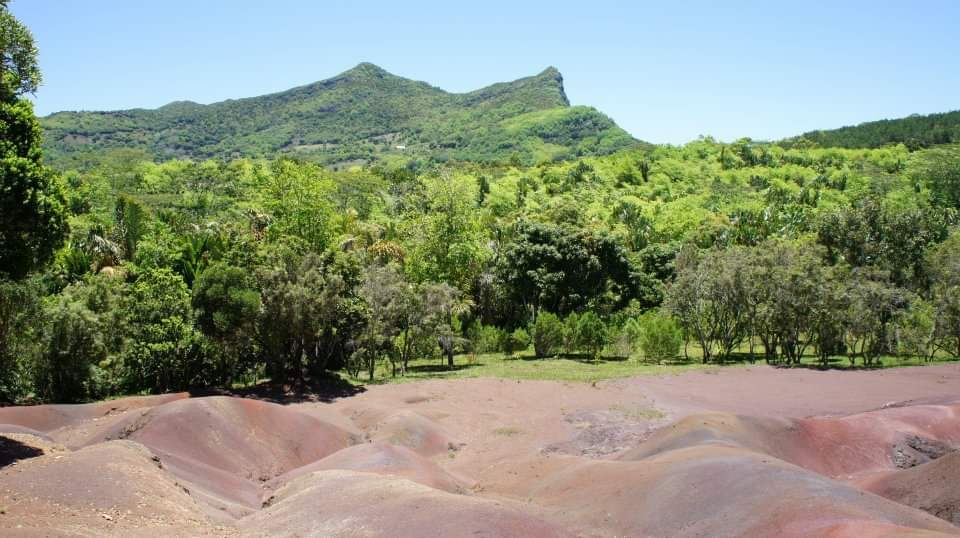 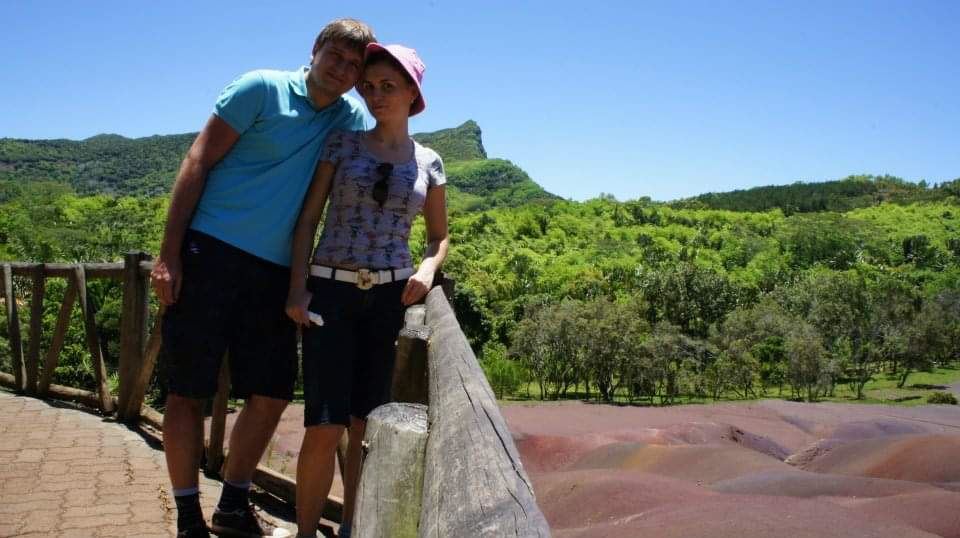 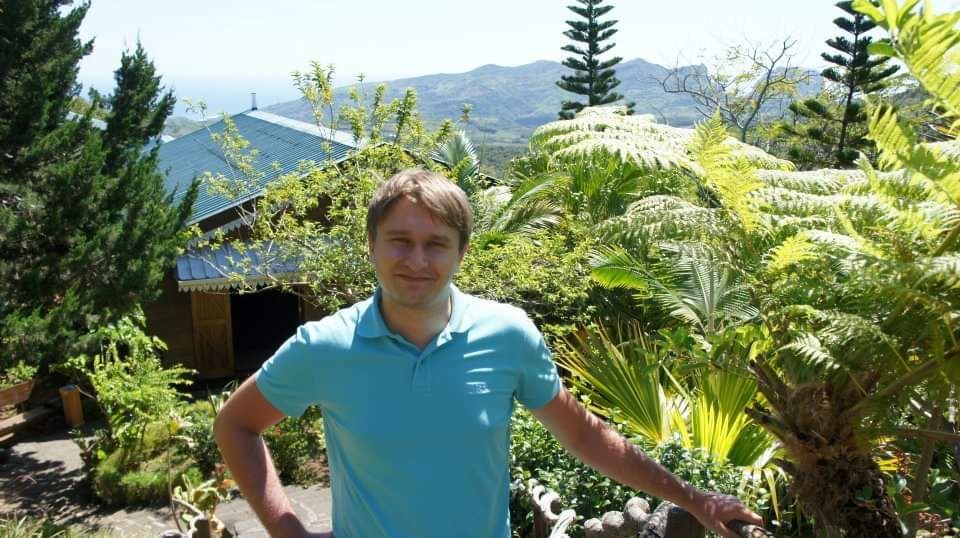 And, of course, I would like to mention Paradise Hotel in which we stayed during our second visit to Mauritius. The group that owns this hotel, made a strategically correct decision, and placed as many as three of its hotels in one place, combining the territory in such a way that it occupied the entire small peninsula. It turns out that hotel guests have their own bay, equipped with all possible amenities . And we are not only talking about sun beds, umbrellas, bars. There is a whole center of water recreation on the beach, including catamarans, sailing boats, windsurfing, kite. For hotel guests, all equipment is free of charge, only instructor lessons are paid additionally. Of course, during his stay, my husband tried all these kinds, and mastered them quite well, honing his skills. In addition to these, there were features of the bay itself – as the instructors said, if you know the fairway, you can go to the other side on foot along the bottom. With the bottom covered in white sand, this could be an impressive experience. 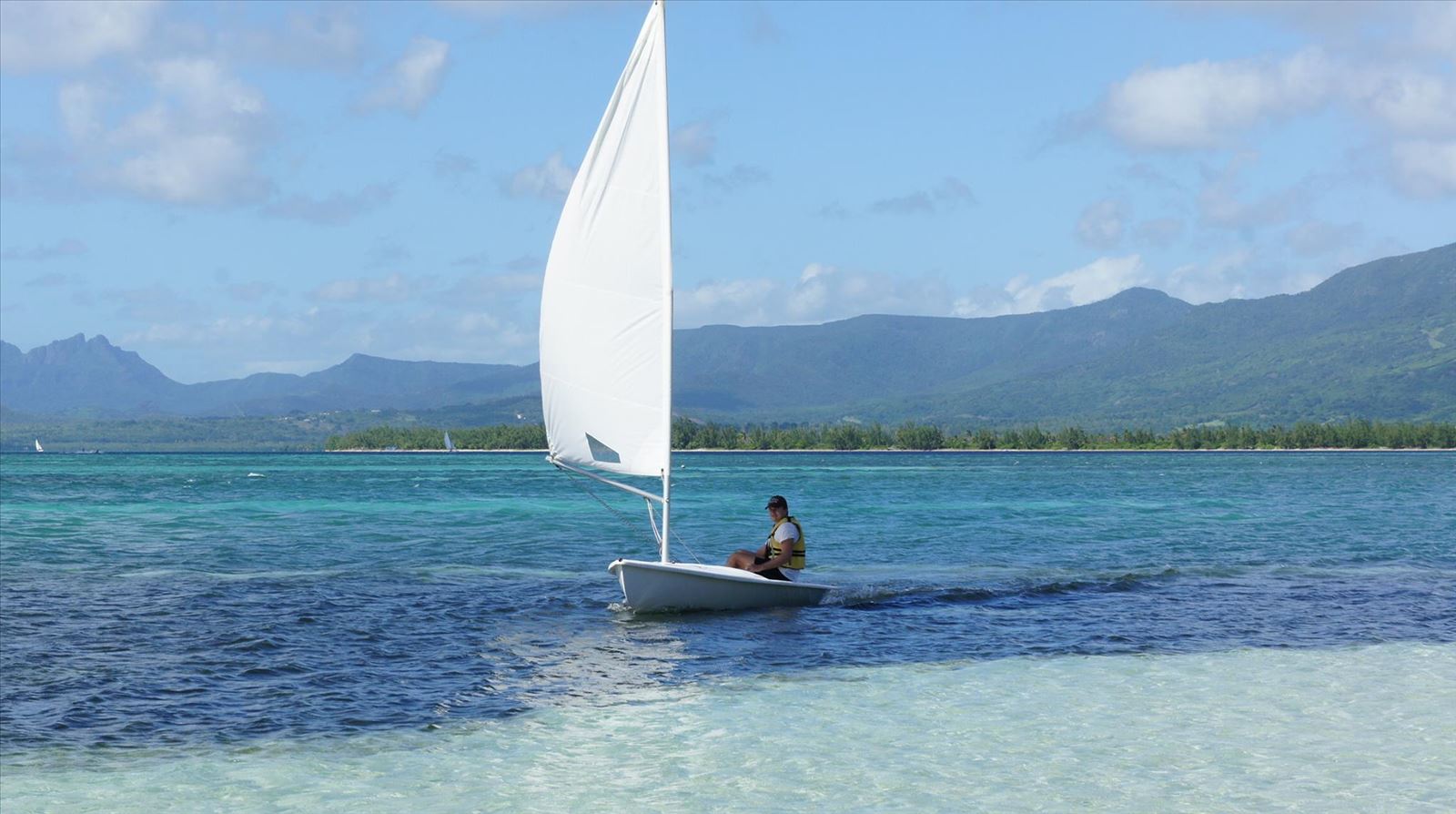 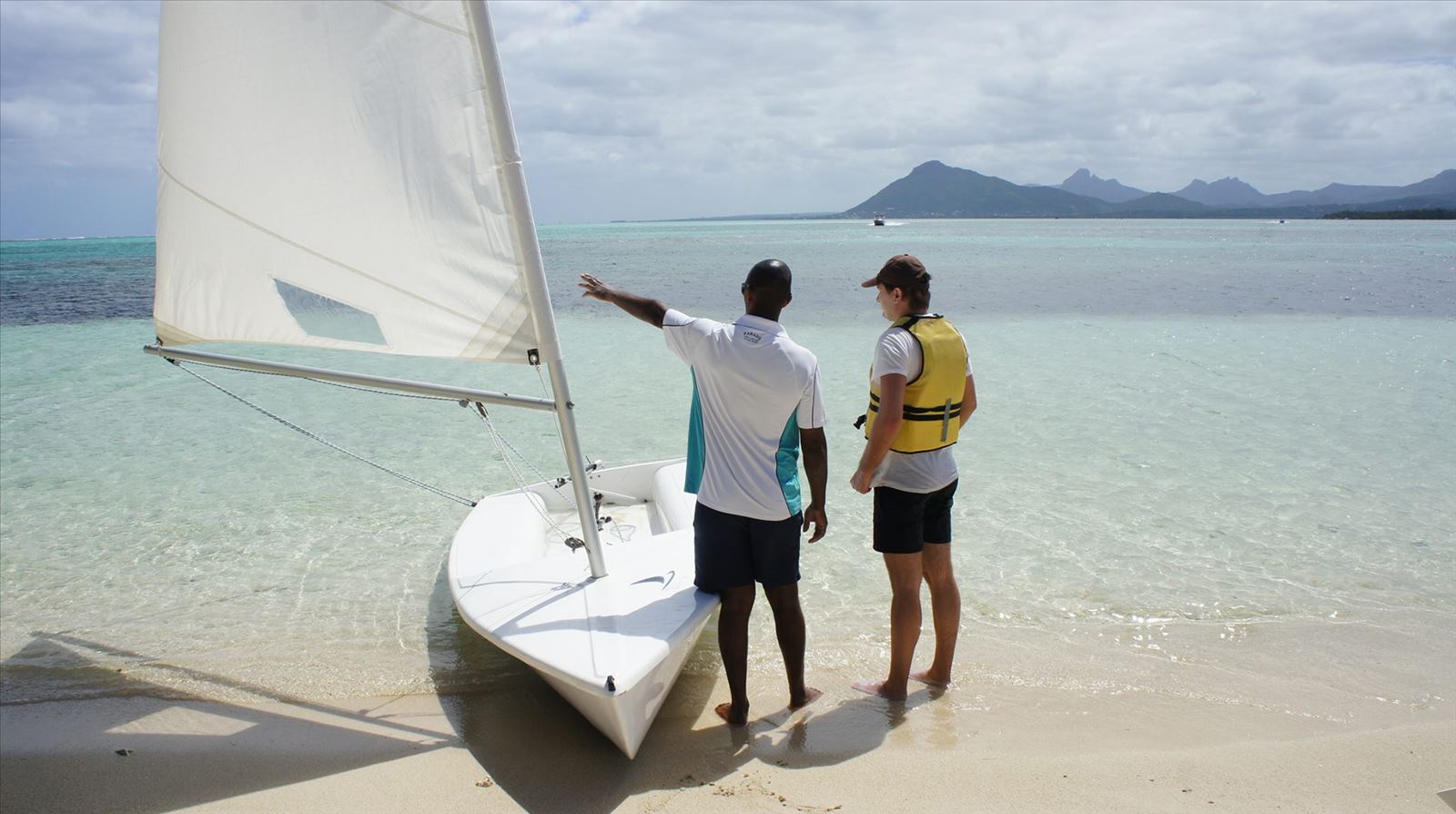 One day there was an unexpected ebb – the coastline was several meters deep into the ocean, exposing the inhabitants of the seabed. We have not yet seen such a variety of “sea reptiles”. It was fun to walk in the shallow water, carefully looking at our feet, so as not to crush any of them. 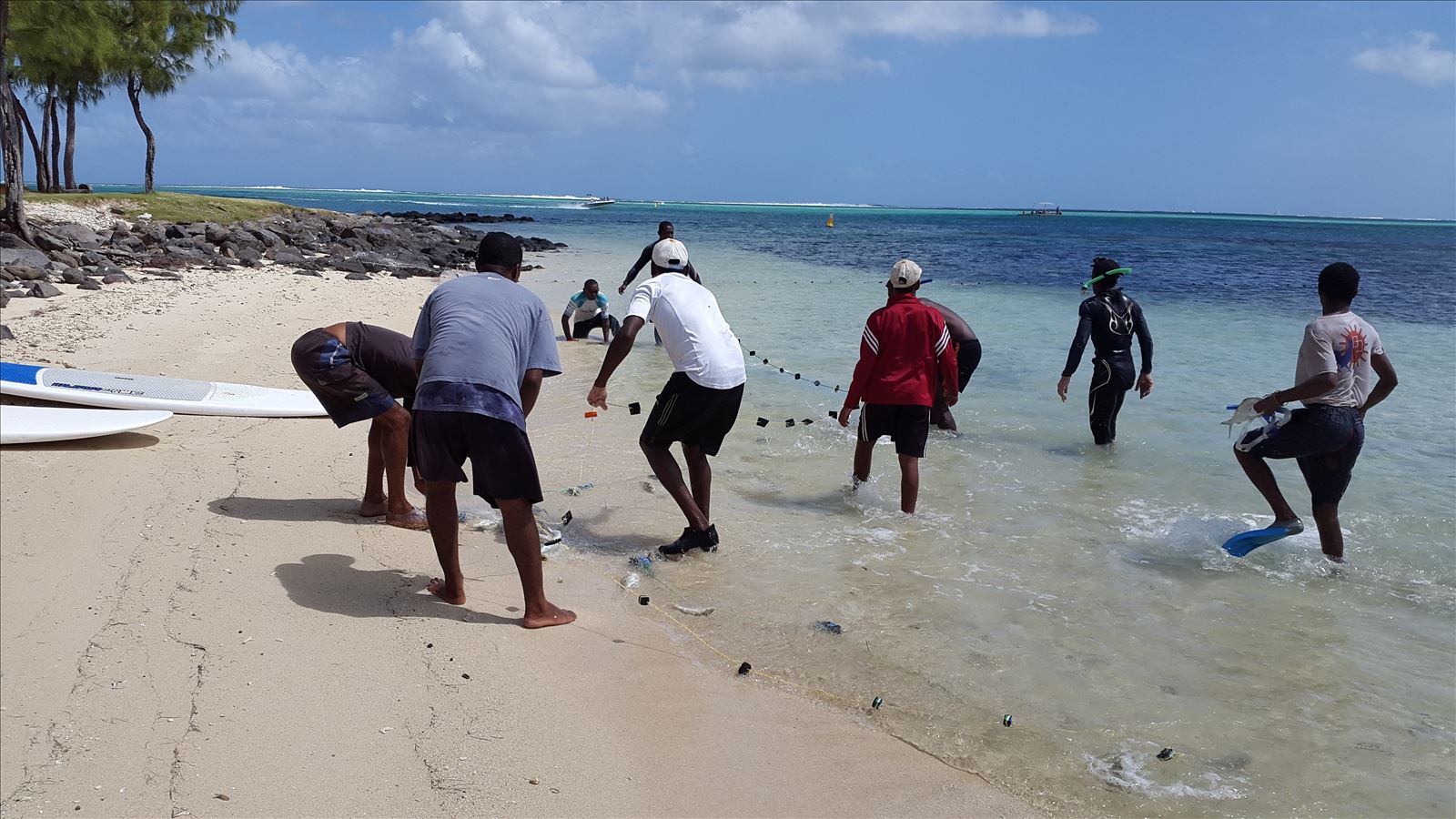 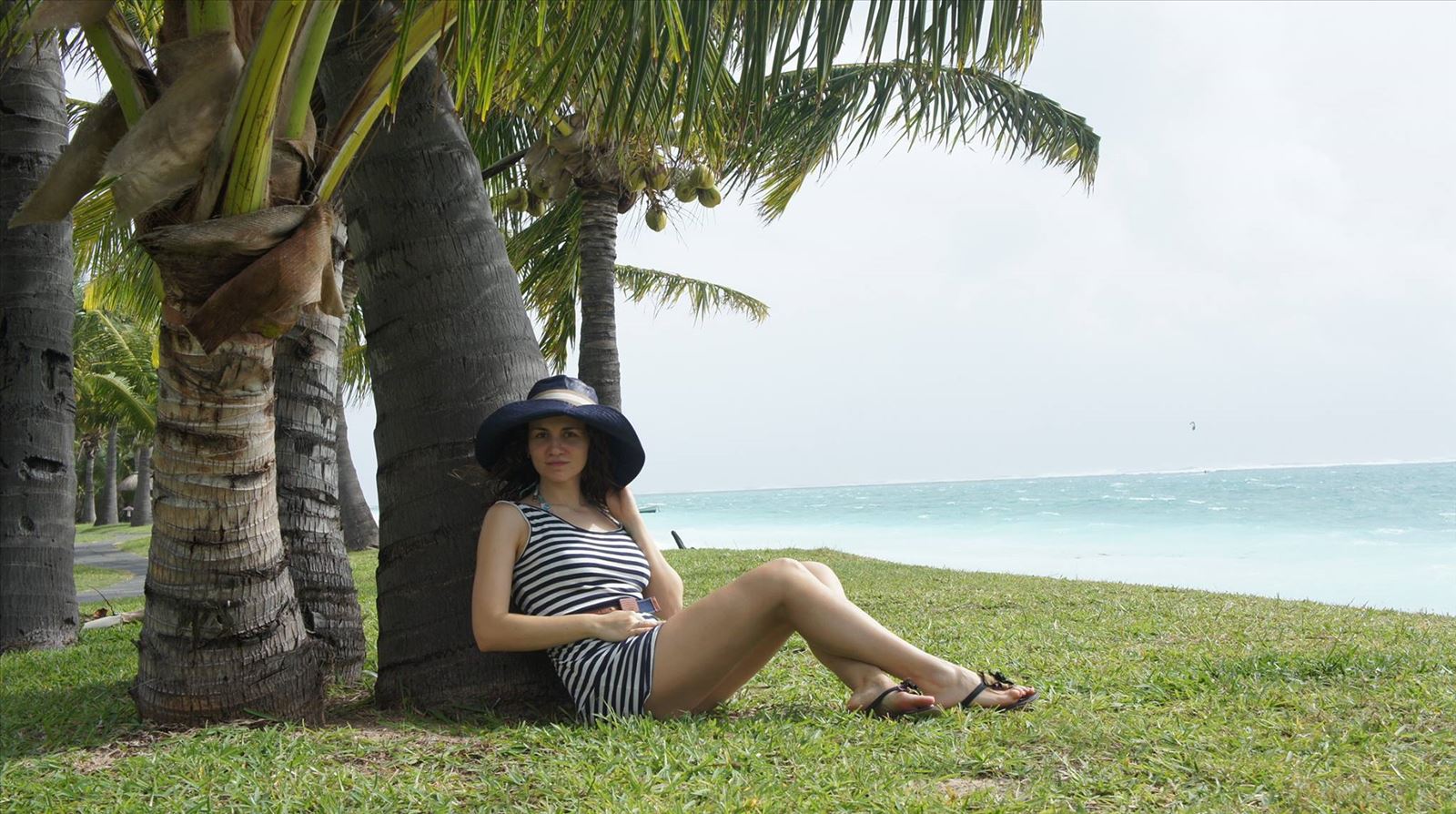 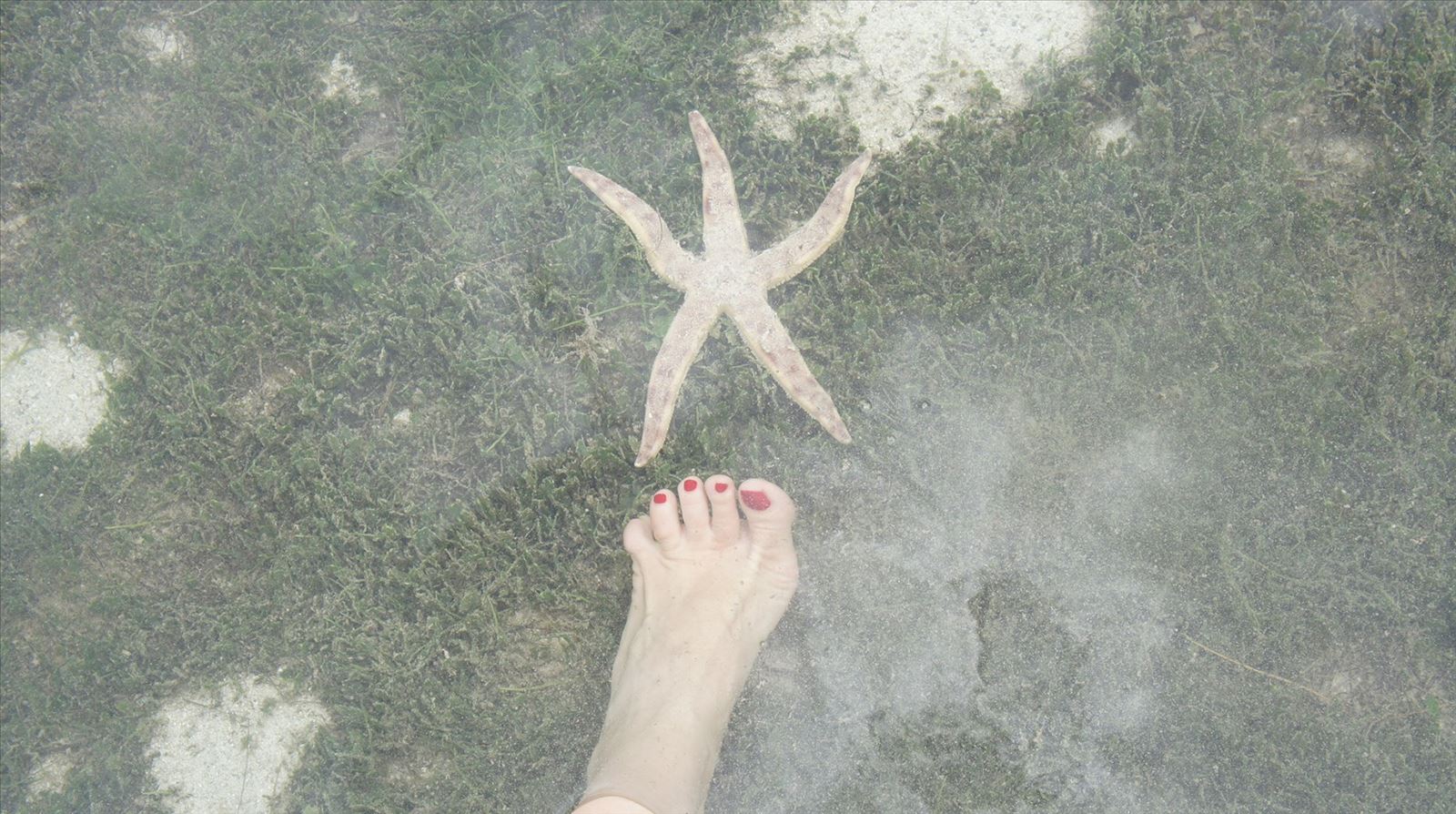 In general, this wonderful island left amazing impressions, never giving any doubt in choosing a destination for a beach holiday. And even a few years after the last visit, there is a feeling that we have not tried and seen everything, and there is still something to discover.

To find the best beaches in Mauritius – visit 1001beach.com.