Even in my childhood, I was an enthusiastic fan of movies, and it always seemed to be something beyond the excitement if one of the characters mentioned a “trip to Barbados.” Because my childhood took place in a country behind the iron curtain, I even could not imagine that someday I would be able to be in the place where the happy movie characters left during the happy ending. And finally, there was a significant event – on my birthday I received a wonderful gift, the best, of all that I ever had. A trip to Barbados.

As usual, our trips “to the other end of the world” normally include a transit in a large city on the way to thedestination. Most often, these were trips to Southeast Asia and transits in Singapore, Kuala Lumpur and other local big cities. When traveling to Barbados we decided to see London by making a stop there. As it was winter, the weather was so-so, cold, windy and rainy. But we were not upset with that, because to be in London for the day was a kind of little adventure, and all that we saw there, produced a “concentrated” impression. Big Ben, London Bridge, Ferris Wheel, Oxford Street and other iconic places made a lasting impression on us (enough to plan a more thorough trip in the future). 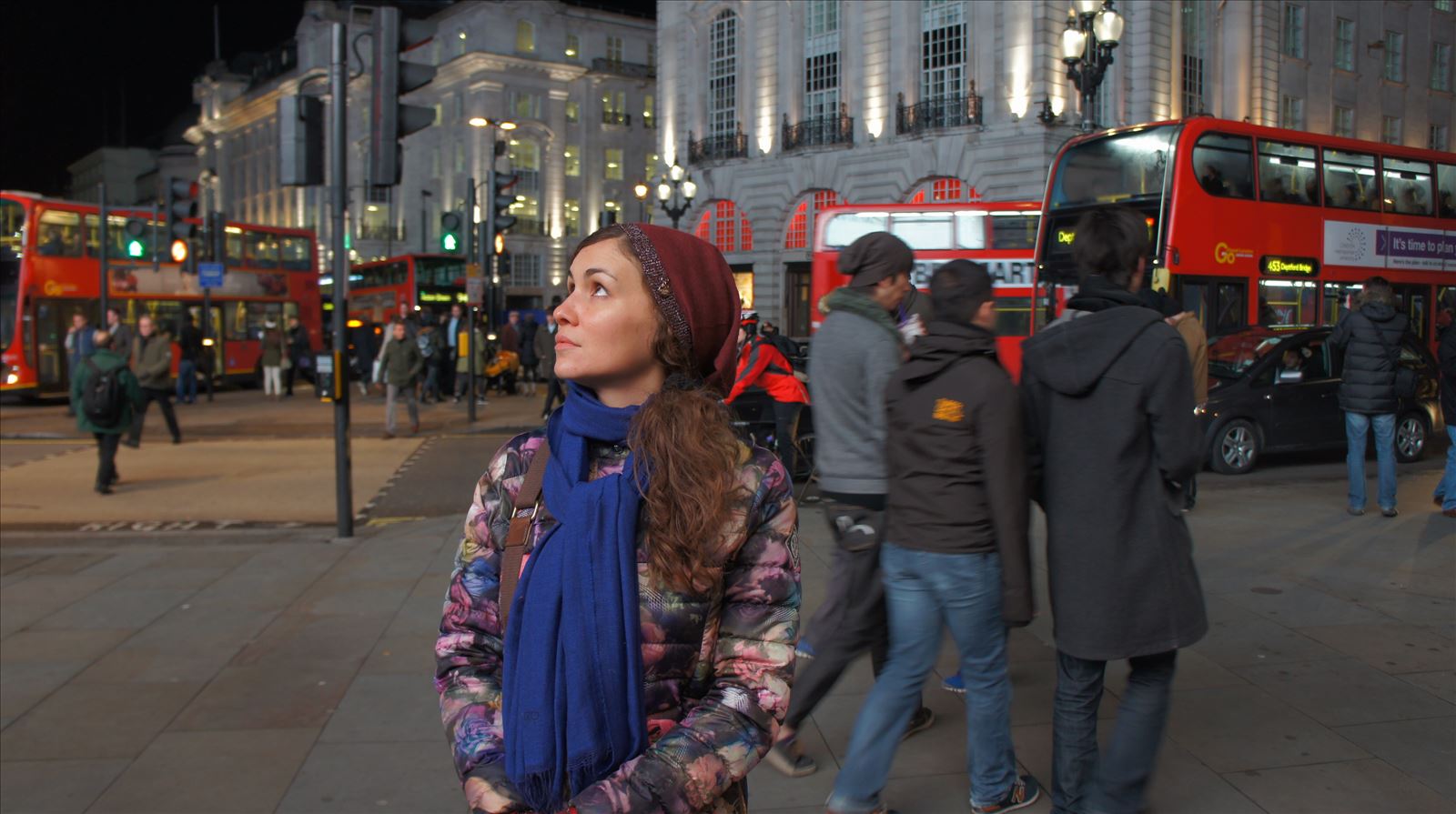 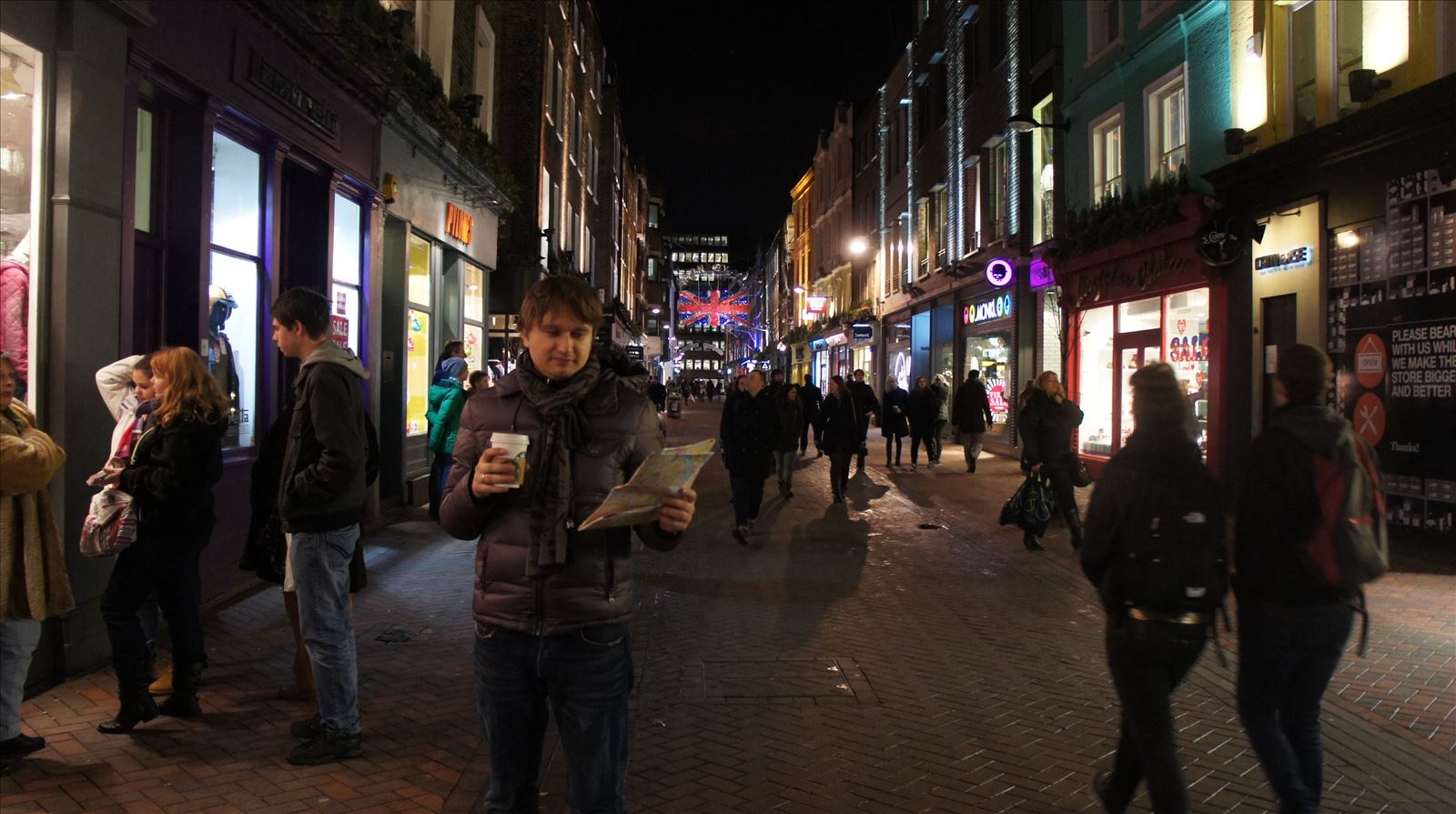 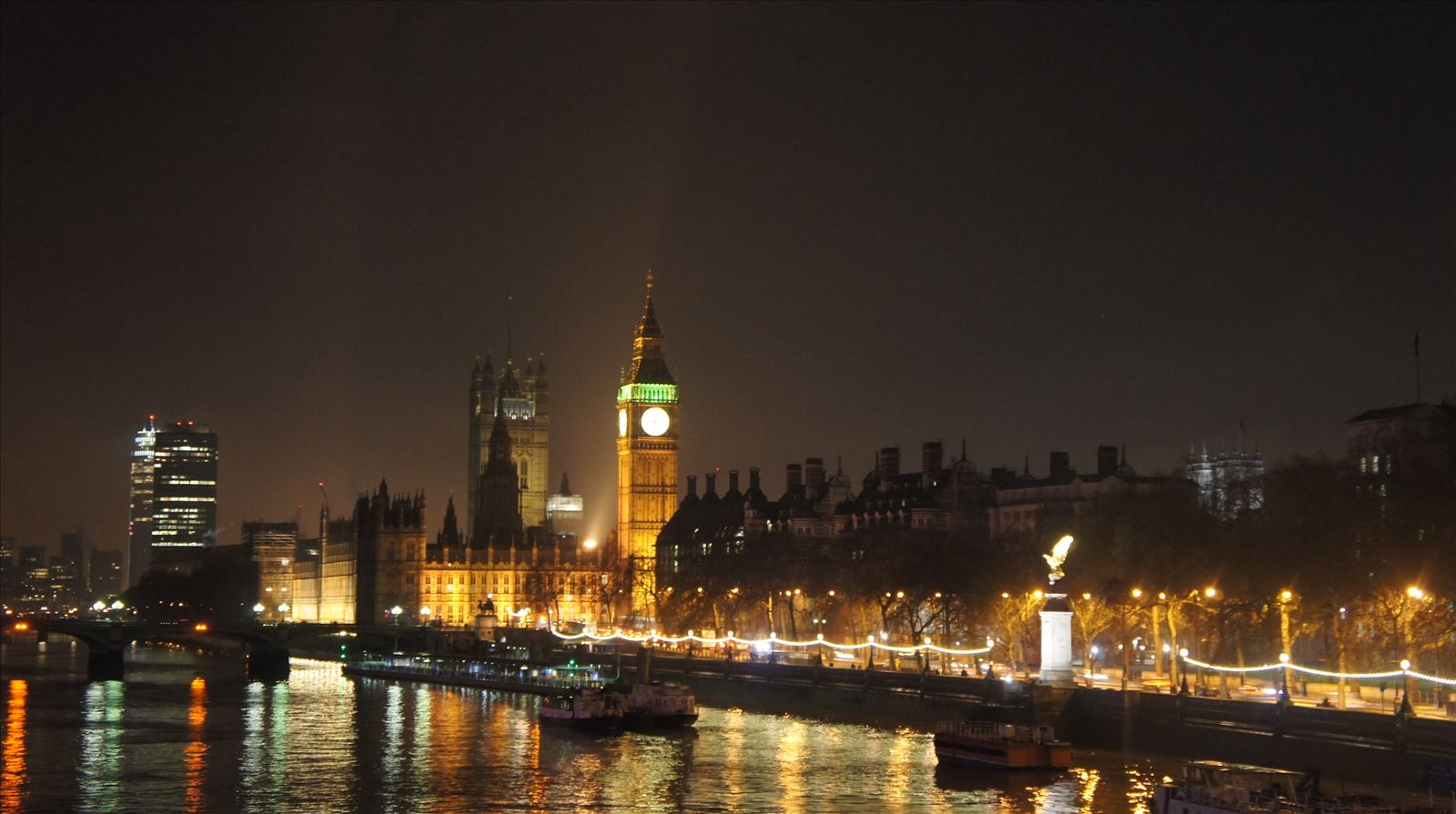 Next was Barbados. Honestly, I had no fear to be disappointed amid high expectations, although I spent half my life in dreams about this island. Somehow I was sure that it wouldn’t disappoint me. And so it happened – all that we saw there was a “direct hit”, exactly as I imagined. To say that the azure colour of the local water is something beyond the limit – is to say nothing. We just could not take our eyes off the local waves. It feels like they hypnotize you . Barbados is a state located in the Lesser Antilles. With one side bordering the Caribbean sea, on the other – the Atlantic ocean. Our hotel Turtle Beach was chosen at 1001beach.com – the best hotels in Barabdos. It was located on the Atlantic shore, and the hotel beach had quite high waves. In the group that our hotel belonged to, there was another one on the same island, and we could visit the beach if we wanted. That beach was on the Caribbean Sea side, and there was a complete calm. Therefore, our beach holiday was very diverse – it was possible to jump on the waves, and to lie at the shore at full calm. But there was another “beach adventure”. 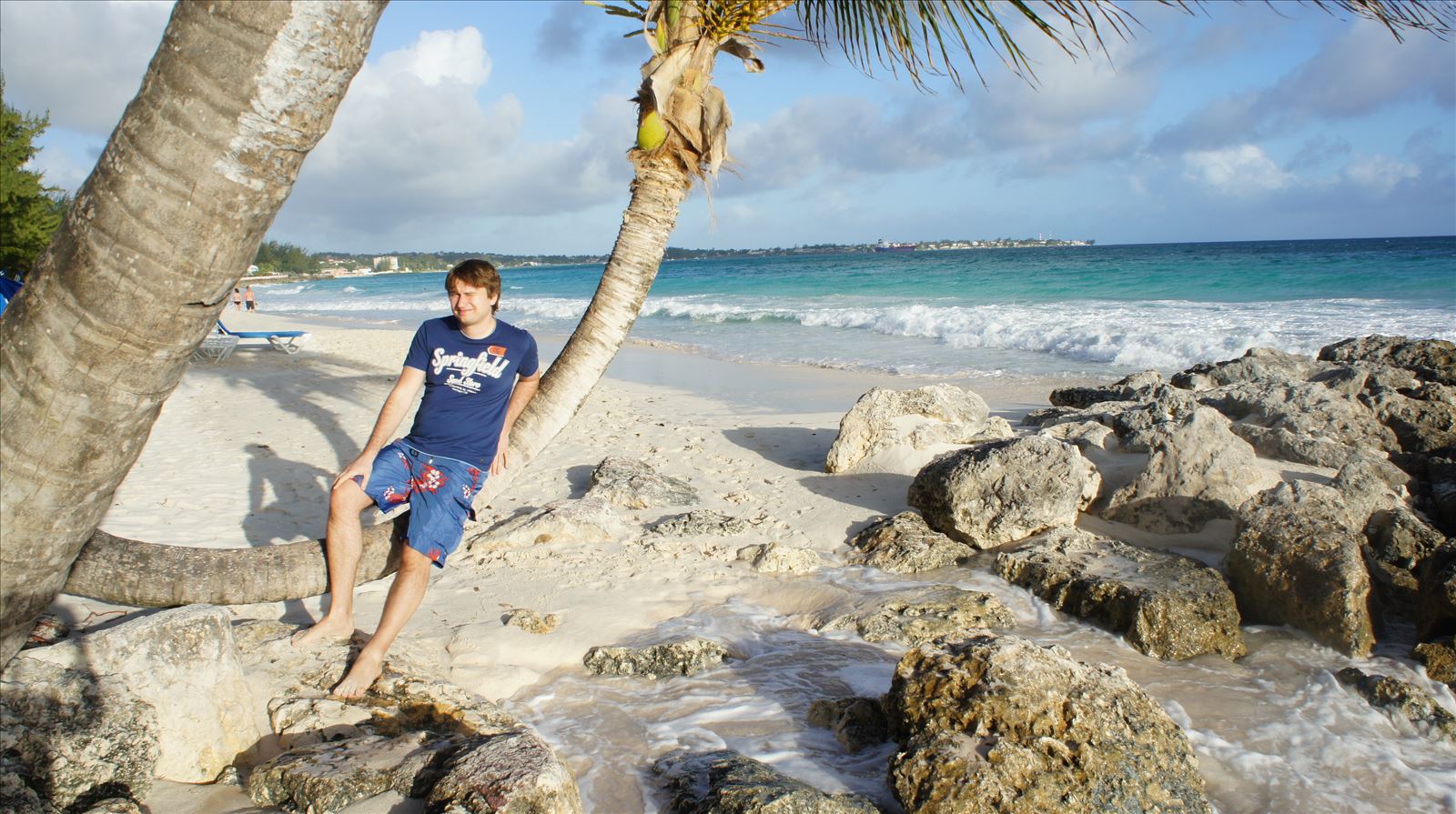 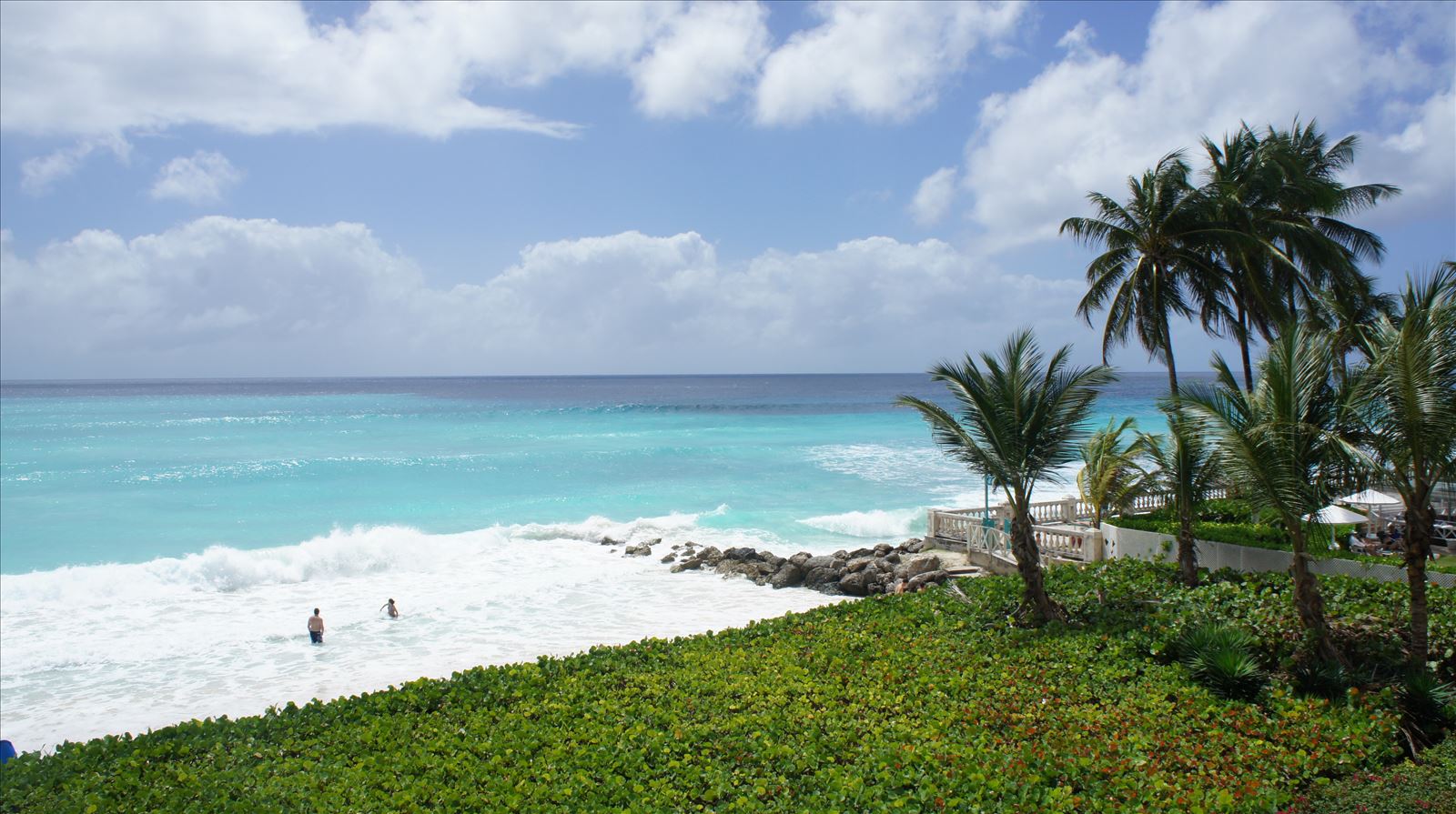 Traveling around the island, we accidentally found a beautiful bay with a completely empty beach. There was not a single person on it, and we had a rare advantage on a crowded tourist island. Having spent half a day in this enchanting beautiful place, swimming enough in the coastal waves, we returned to the hotel and began to Google the name of the bay. Imagine our surprise when we learned that it was a Shark Bay. And then it became clear why on the crowded island, this beach was completely empty – “shark question” is not a joke in the Carribbean… 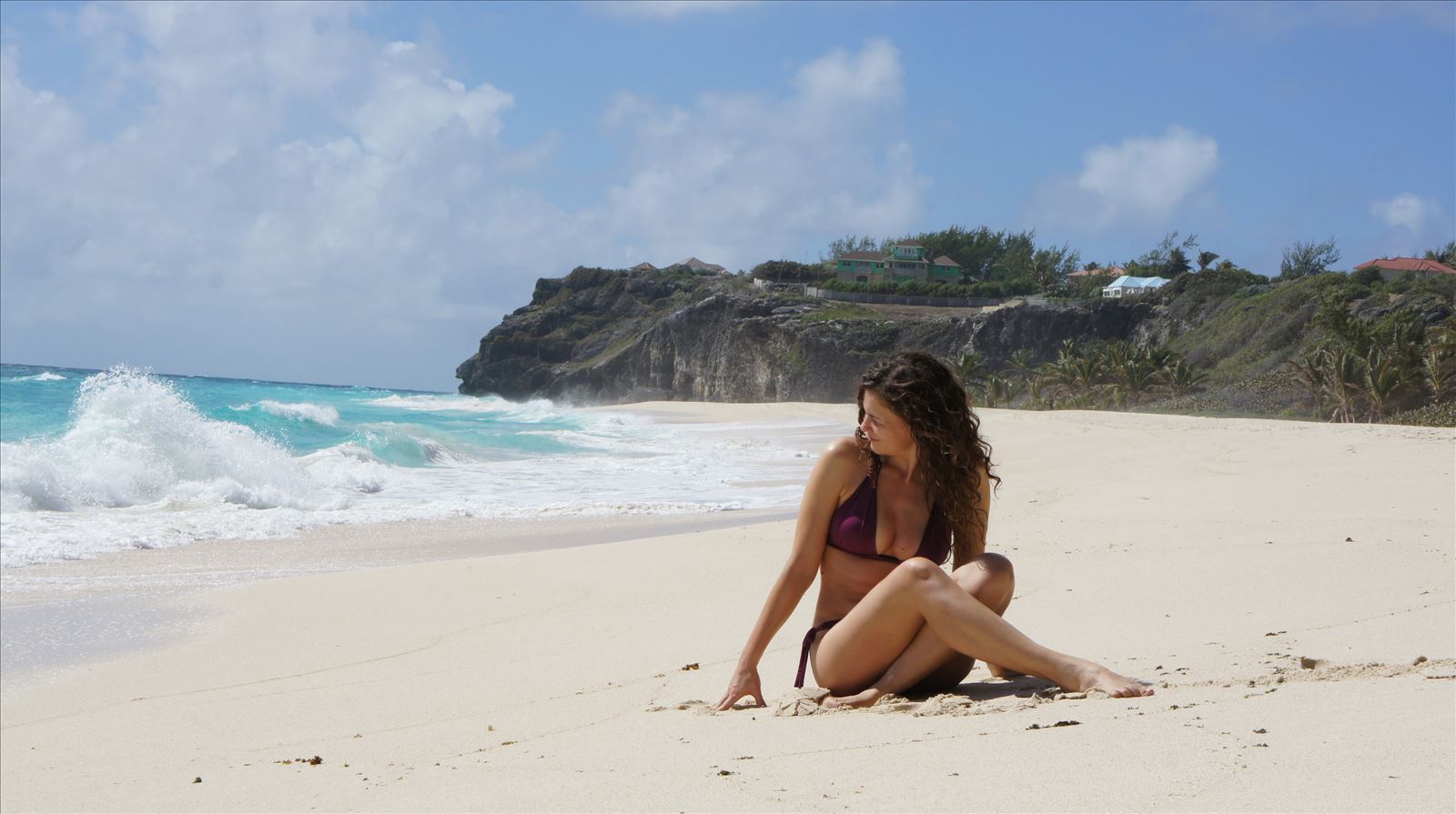 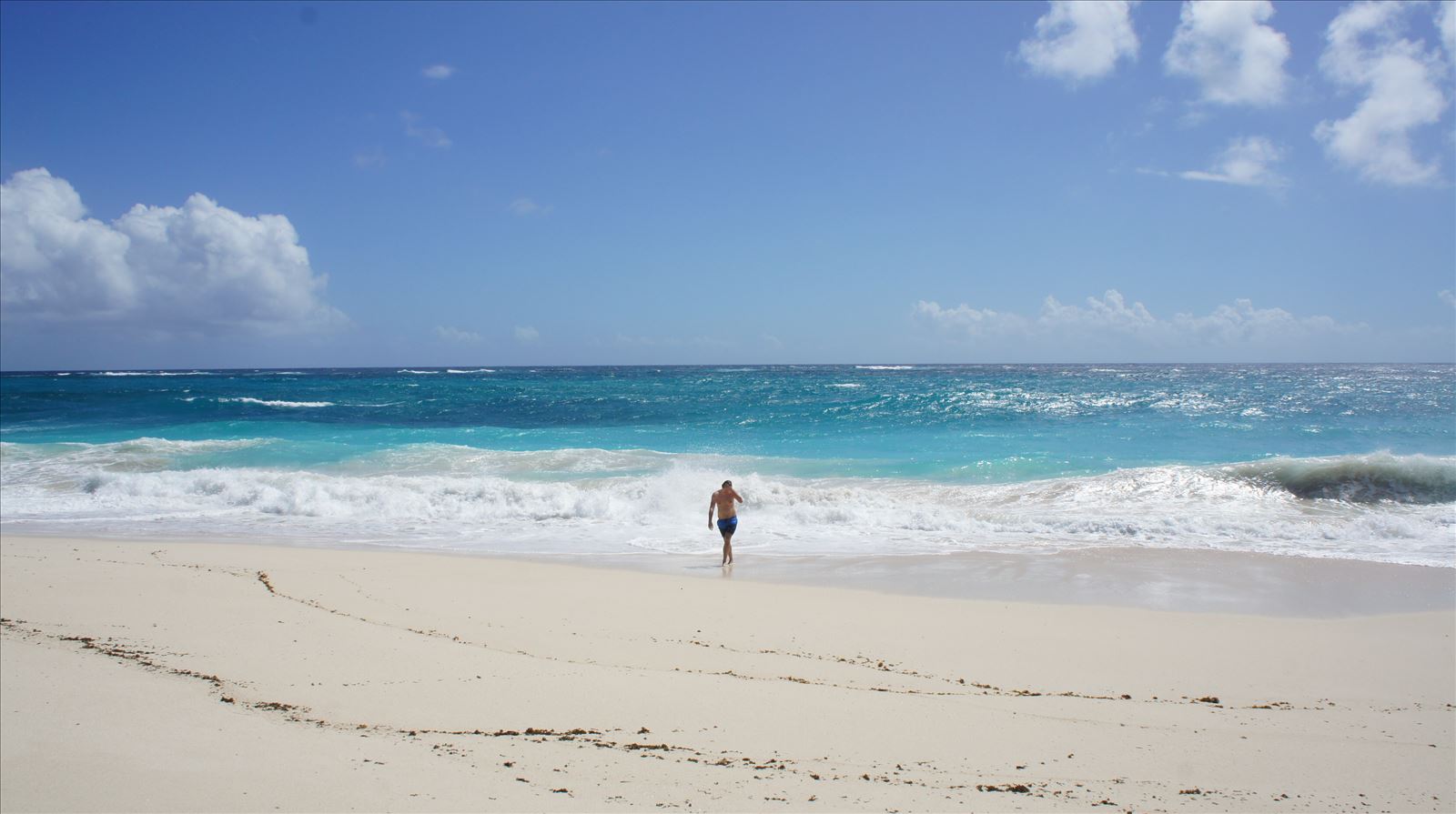 Continuing to explore the island, we decided to go to the shore, which we didn’t see before. For this purpose, we took a rental car for a couple of days and followed the navigator. Maybe this island is not sufficiently studied by modern cartographers, but listening to the instructions of the navigator, we first moved from the paved road to the ground, then continued the movement on the high grass, and at the time of leaving a barely-viewed track in deep jungle, we still decided to check with the locals, whether we should continue to listen to the navigator. They were very surprised by our question, because, according to them, there was jungle ahead. So our credulity almost failed us. 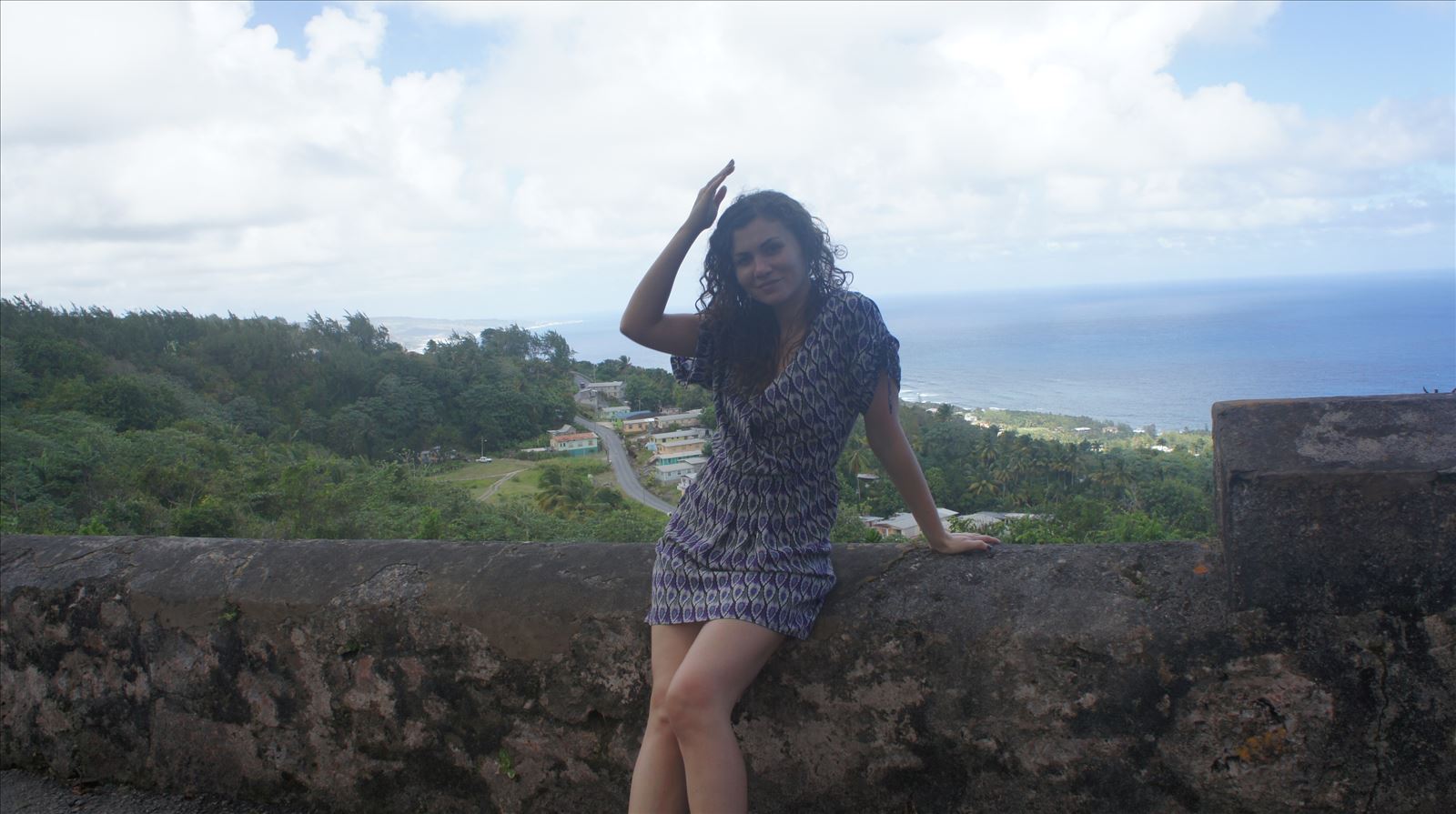 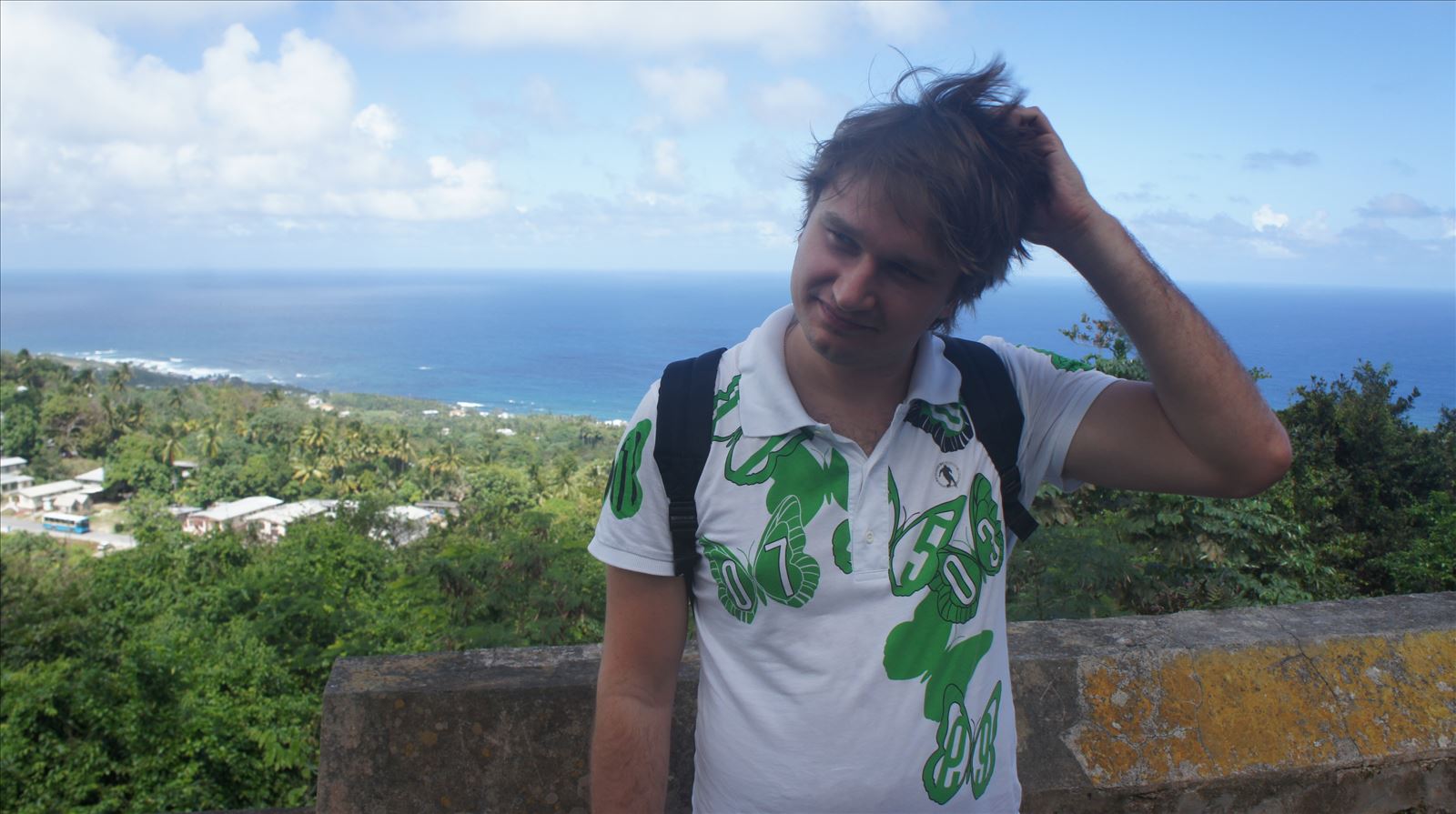 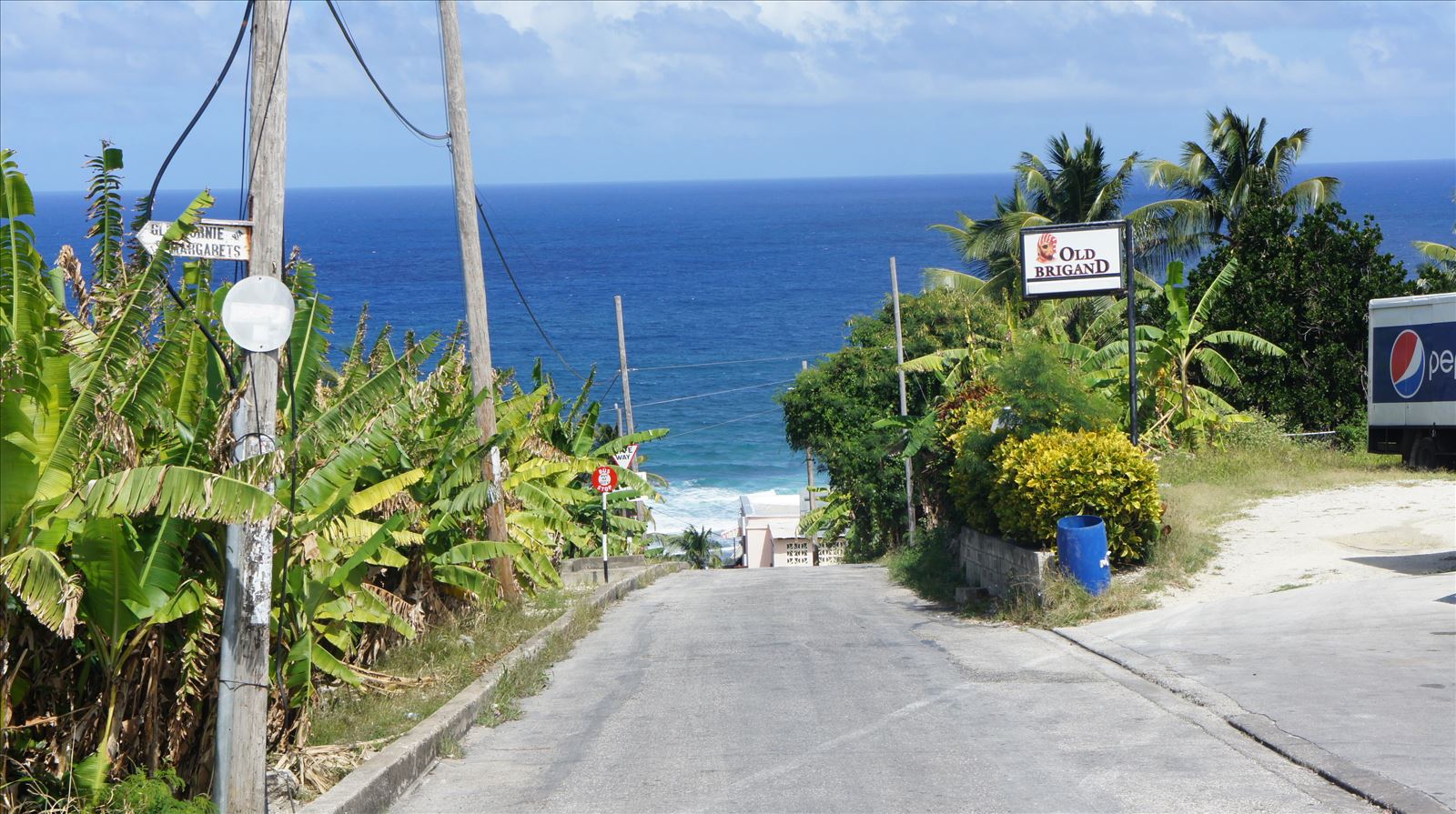 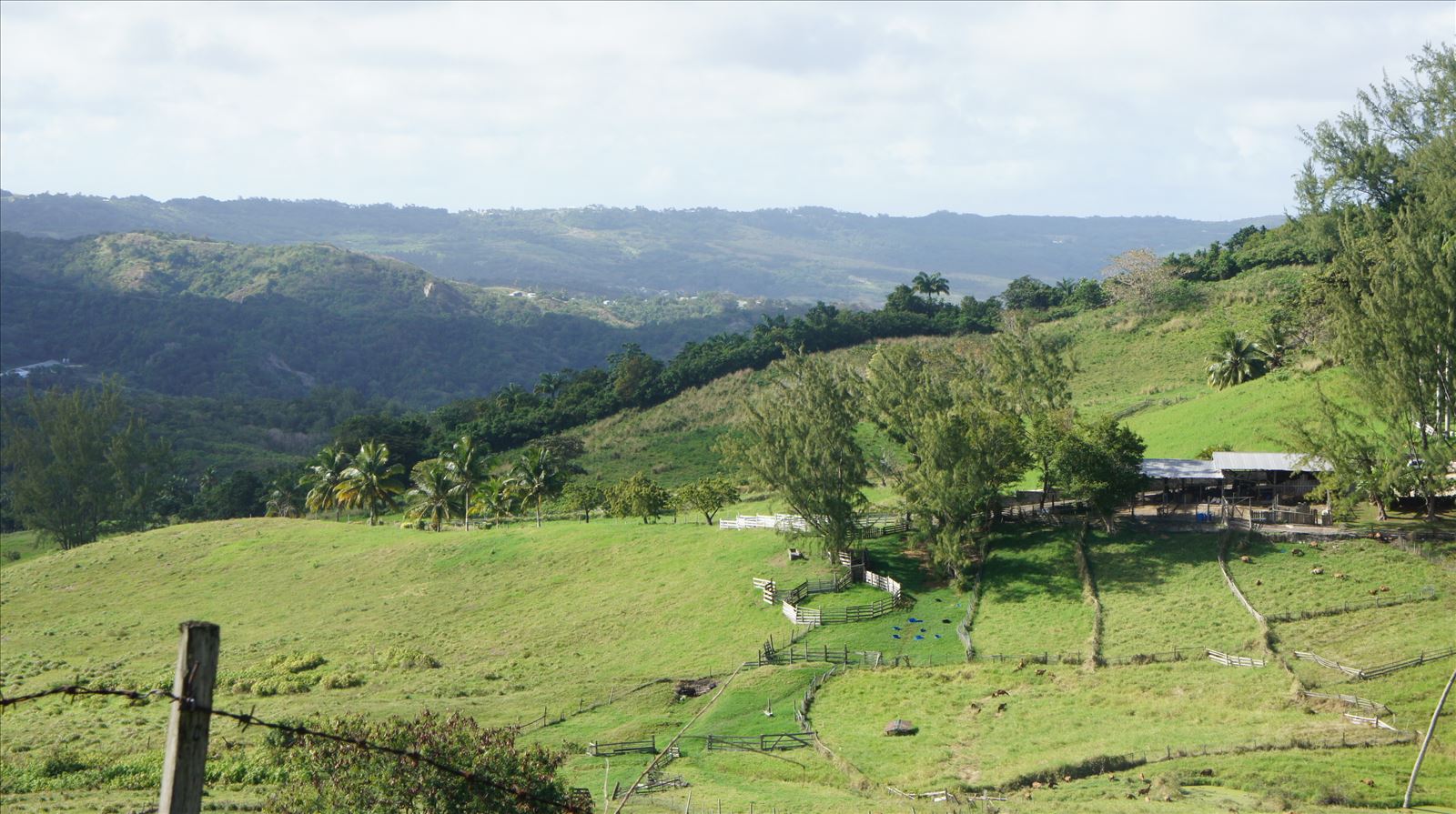 The island does not have a lot of attractions, but a tourist can always find entertainment. For example, we visited the local pride – Mount Gay Rum destillery. Because this green island is good for growing sugar cane, the production of rum has a long (and not always happy) history. To my shame, I did not study the details of the history of the region particularly well, and on the excursion to rum production was much surprised that centuries ago, in addition to slaves from Africa, the poor from Ireland were delivered to work on plantations here, and they had no rights either. Perhaps as a result of this barbaric policy the local population has acquired such an unusual bright appearance. We had a small incident with the local rum. We bought a bottle of dark Caribbean rum as a souvenir, but could not resist, and tasted it right on our room balcony before dinner at the hotel. While we were in a relaxed conversation, we finished almost half the bottle – it is so easy to drink, as if it was some kind of a light liquor (the excursion told about ancient filtering technologies for a reason). And at the moment when we decided to go out for dinner, we realized that we literally can not get up – the rum was only light to taste. Yo-ho-ho! But we managed 🙂 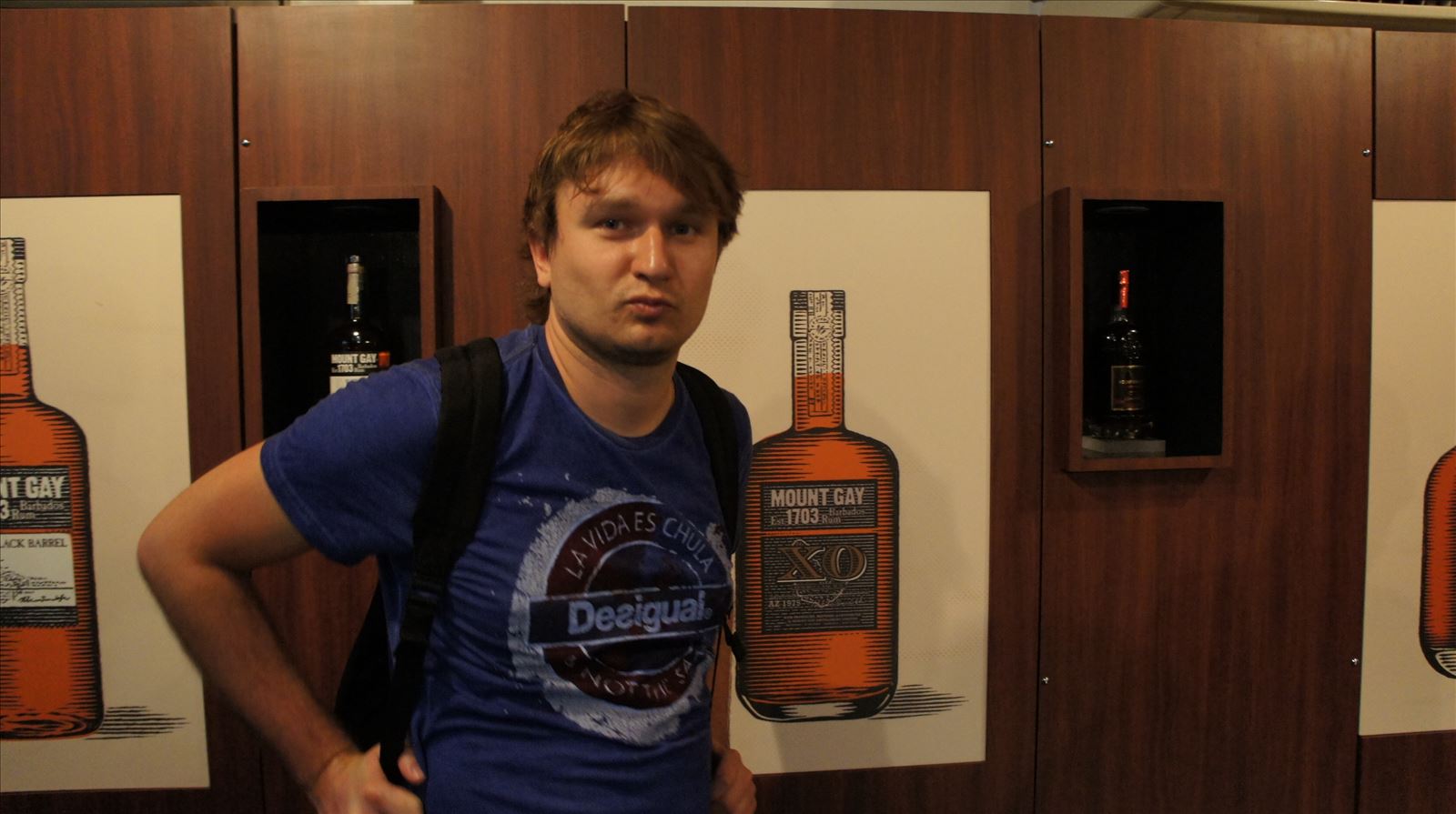 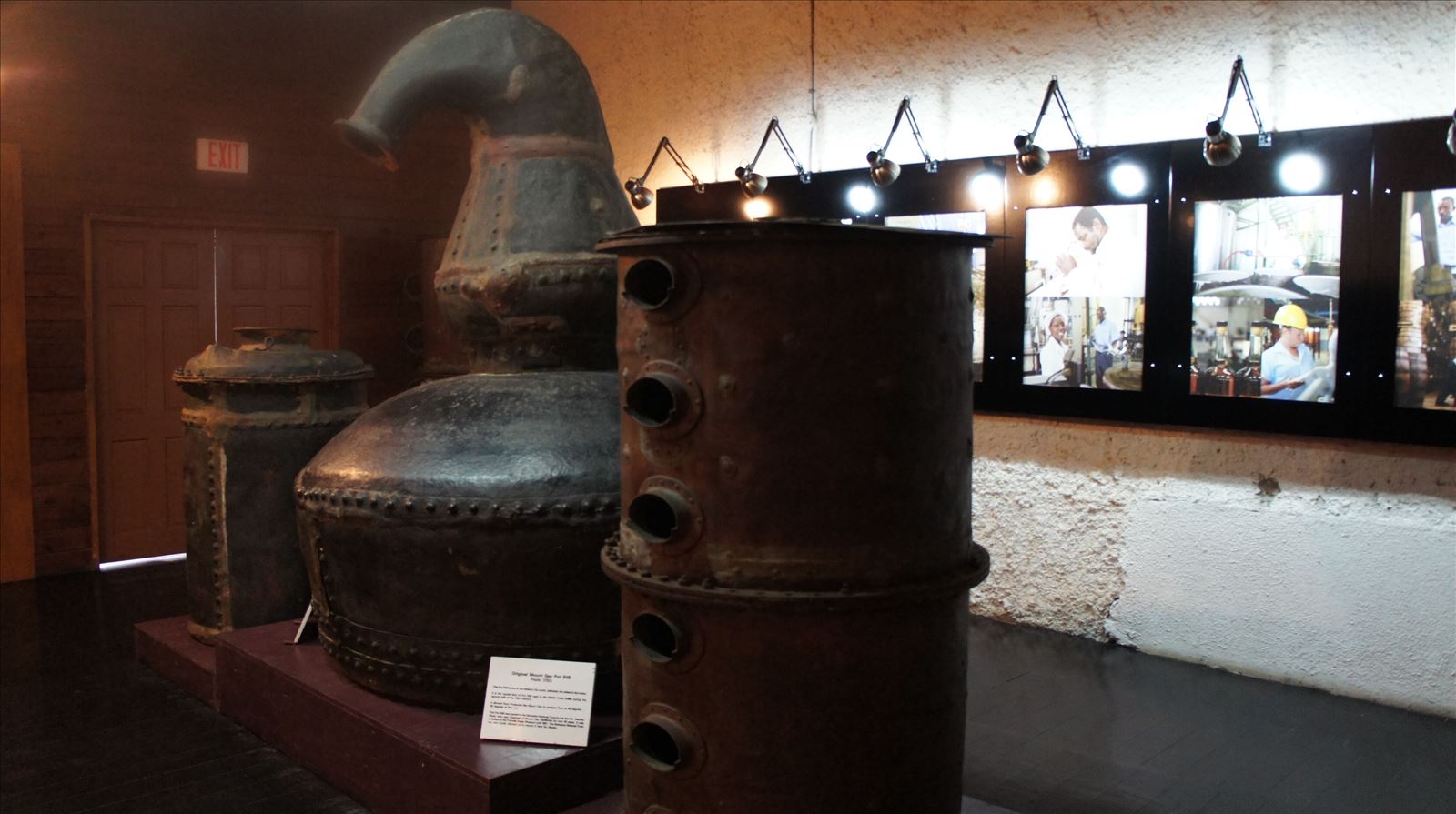 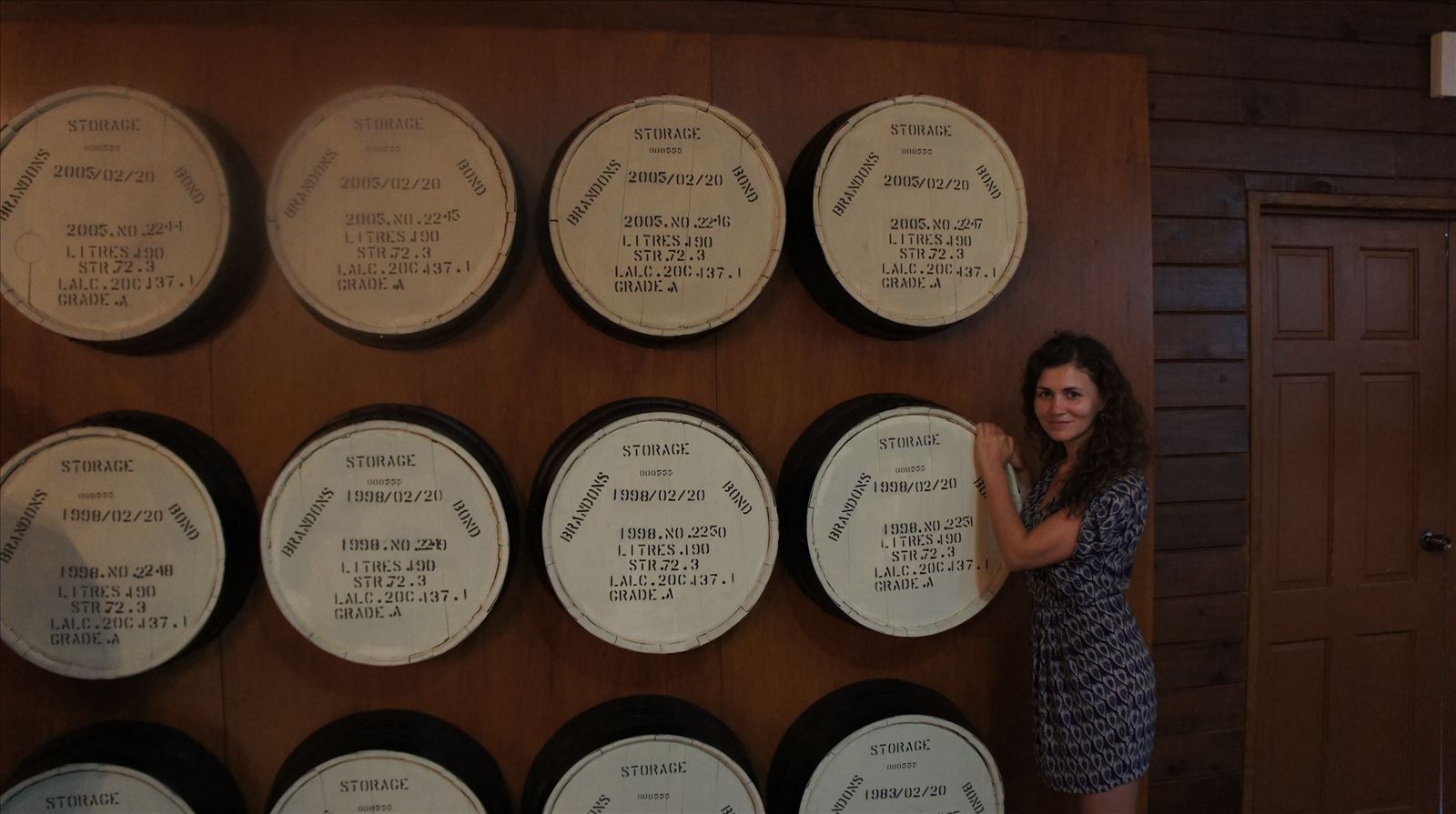 The local zoo has its own peculiarity – you just walk through the park filled with animals in their natural habitat, and there are no boundaries between you and them . If you are lucky, you can cuddle someone you catch (although they’d scold you for that). They have seen how turtles love lives and how the lizards hunt. In general, it is interesting to wander between wild animals, seeing them so close that it is possible to touch. 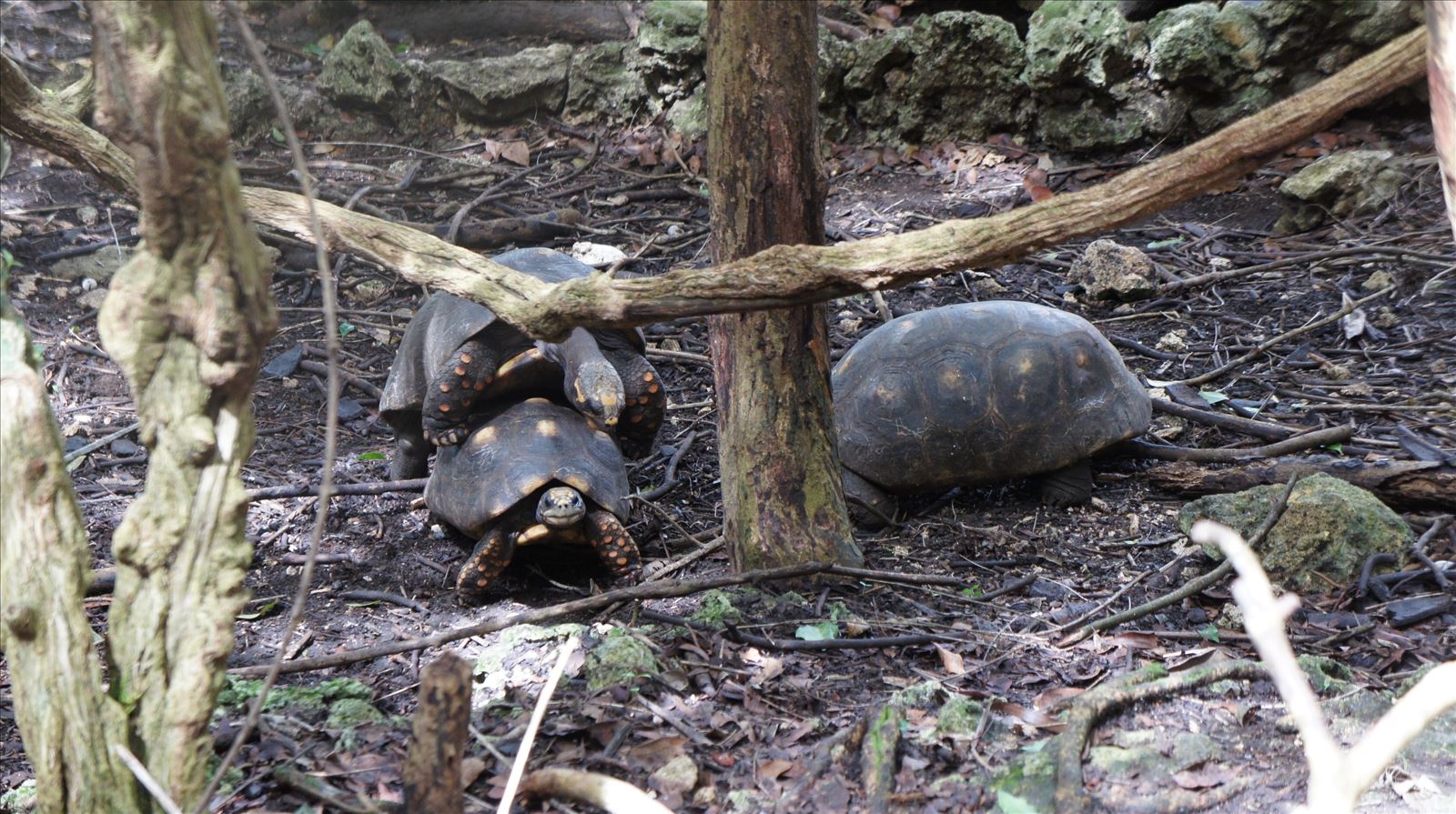 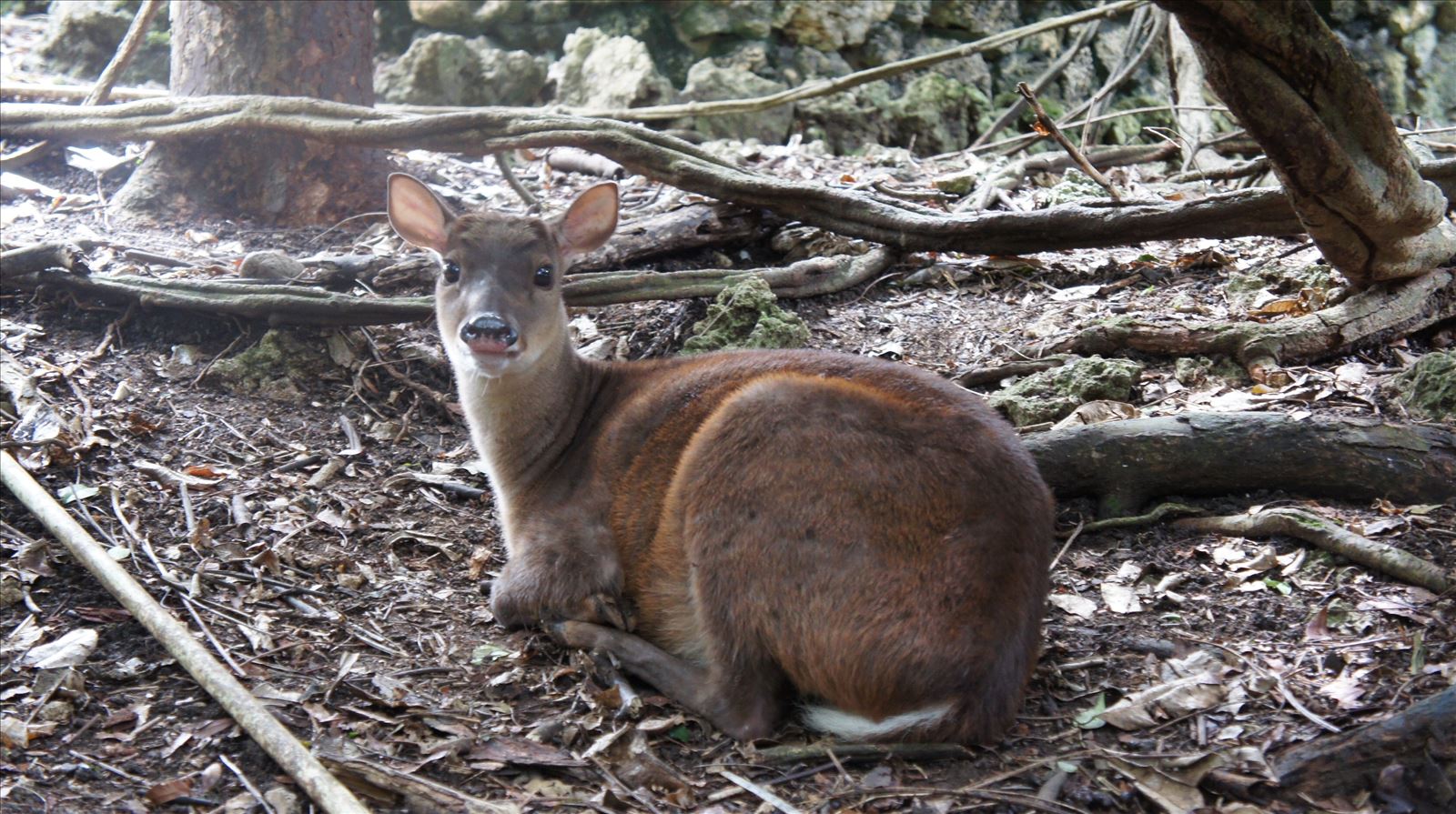 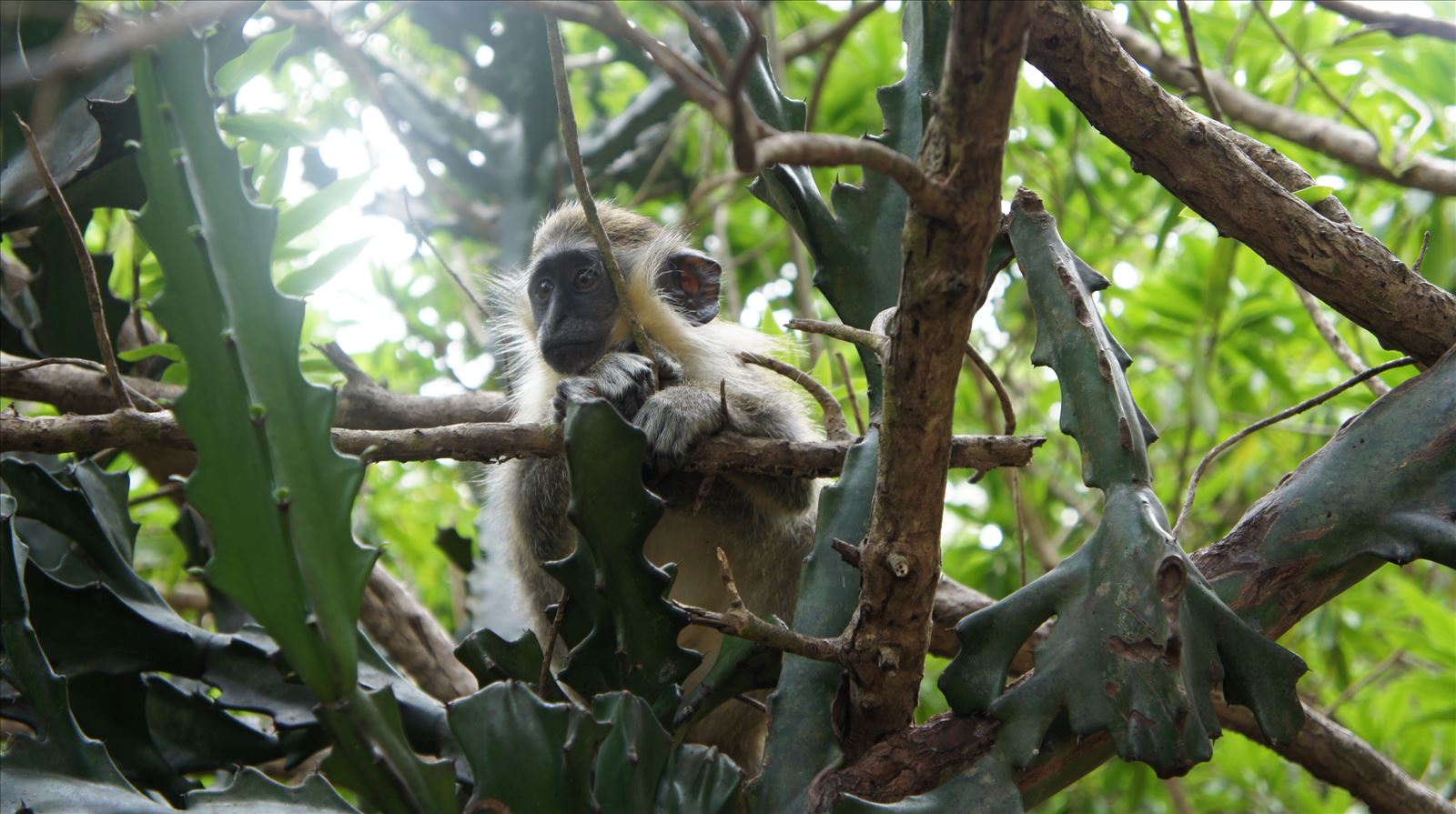 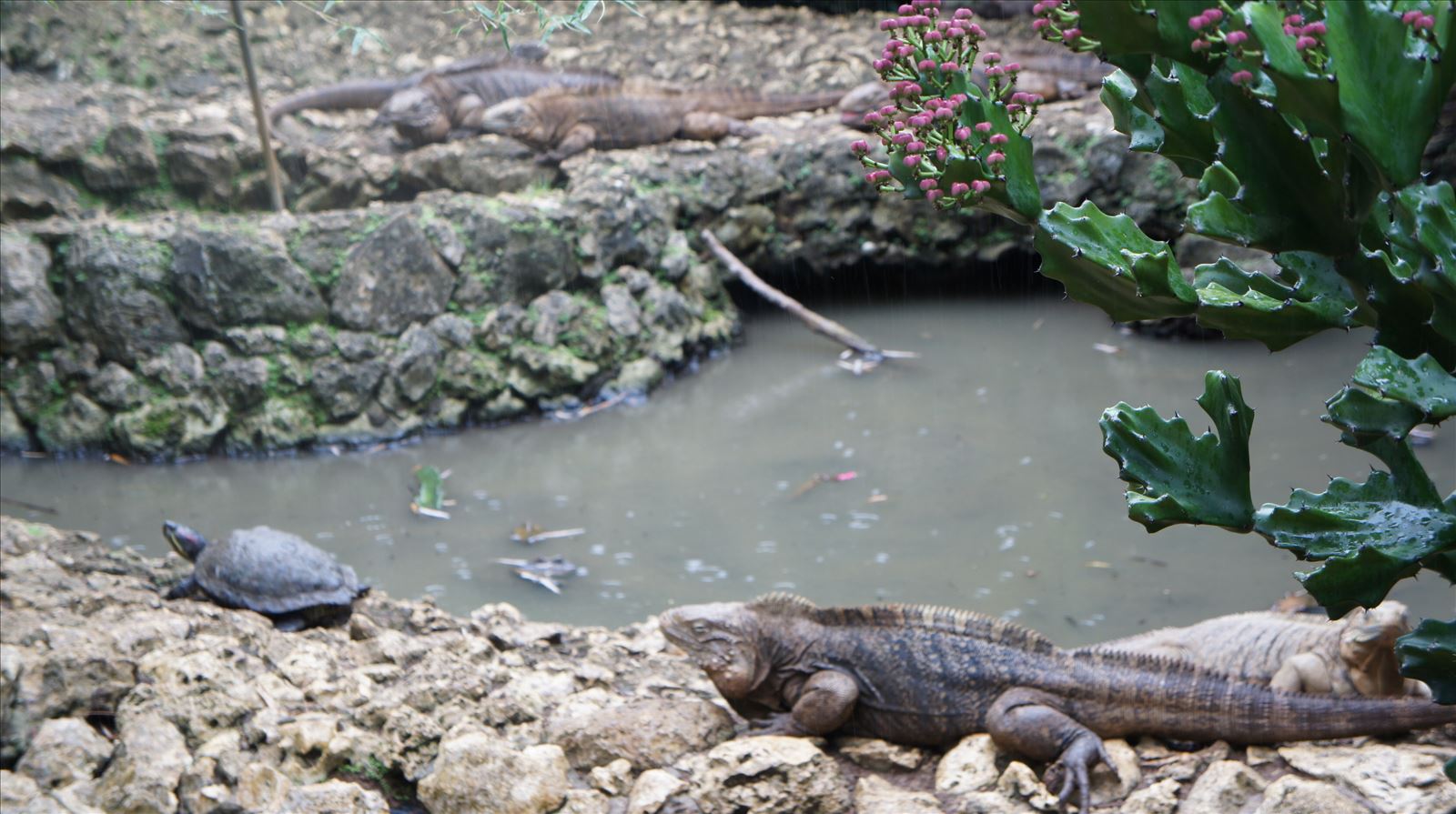 I can not say anything special about culinary features of the island – all the different “seafood” and tropical fruits were the basis of our diet. But one thing I remember is the “banana bread”. It is very similar to our cake, however, the addition of bananas (it is necessary to think, there is a lot of them on the island) gives to it a special flavour. This bread is served everywhere as a dessert, and the locals treat it with some reverence. This can be understood by the fact that in the café one small piece of such bread can cost 2-5 dollars, and in the city it can be found in souvenir shops. 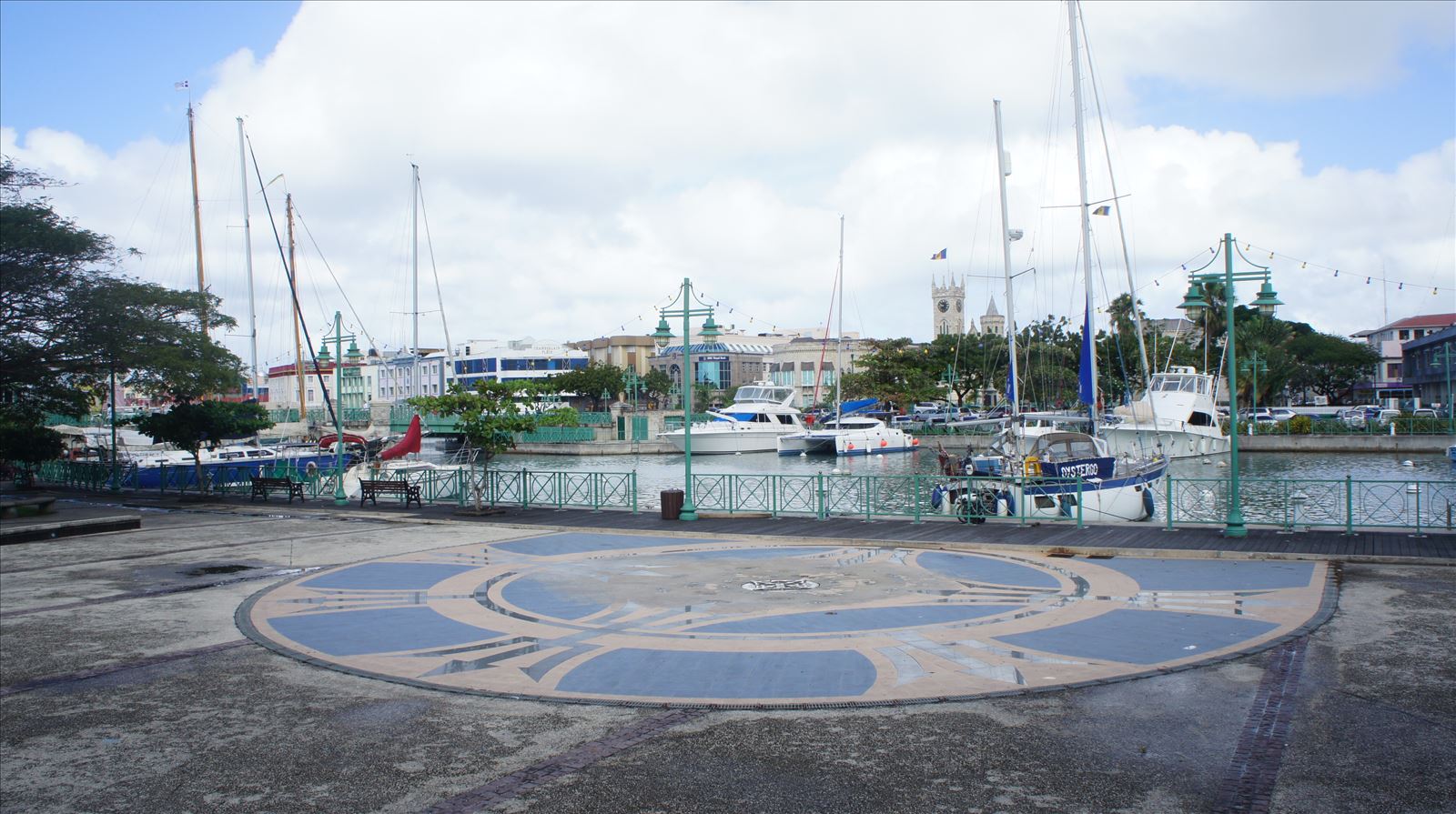 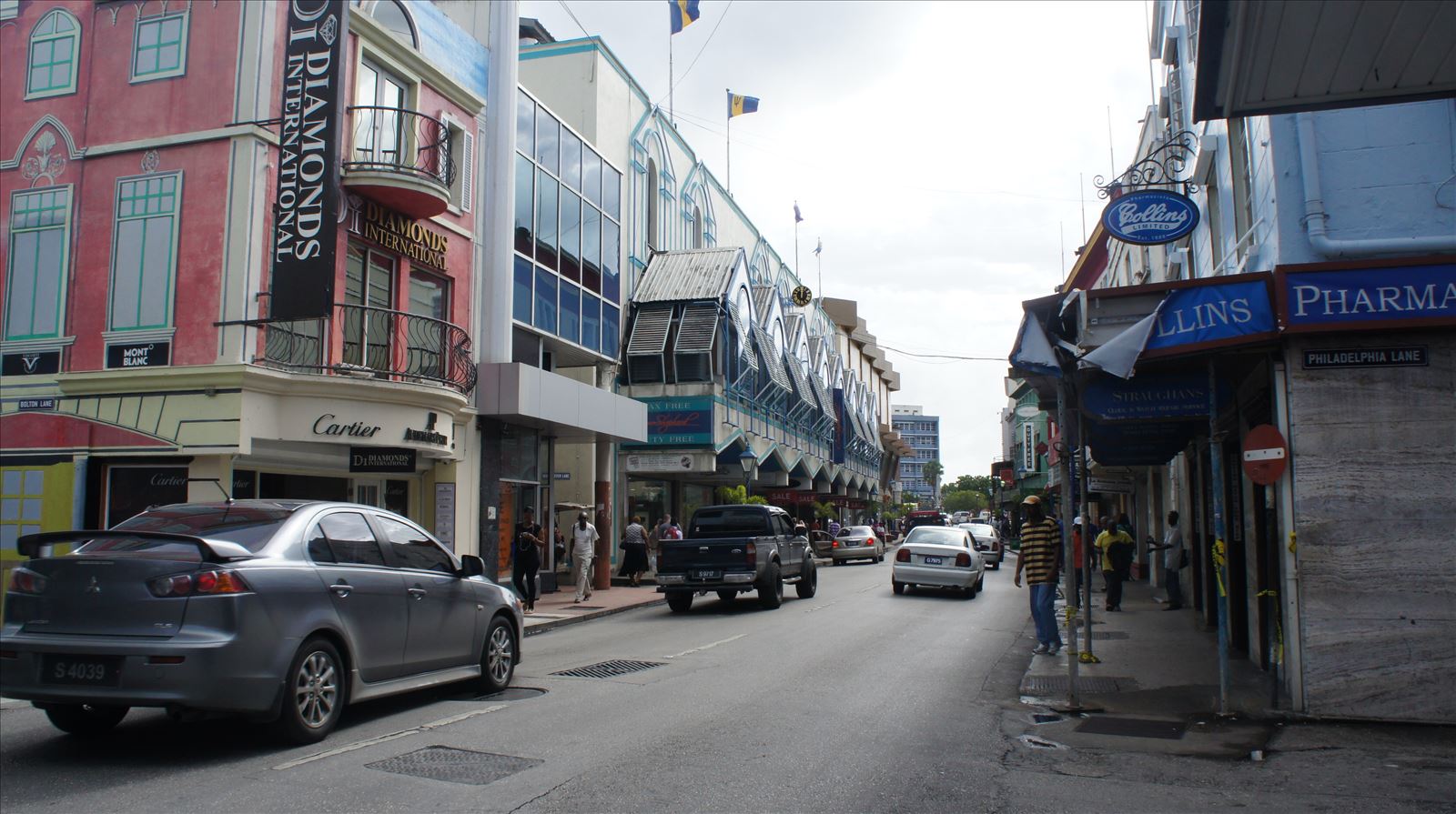 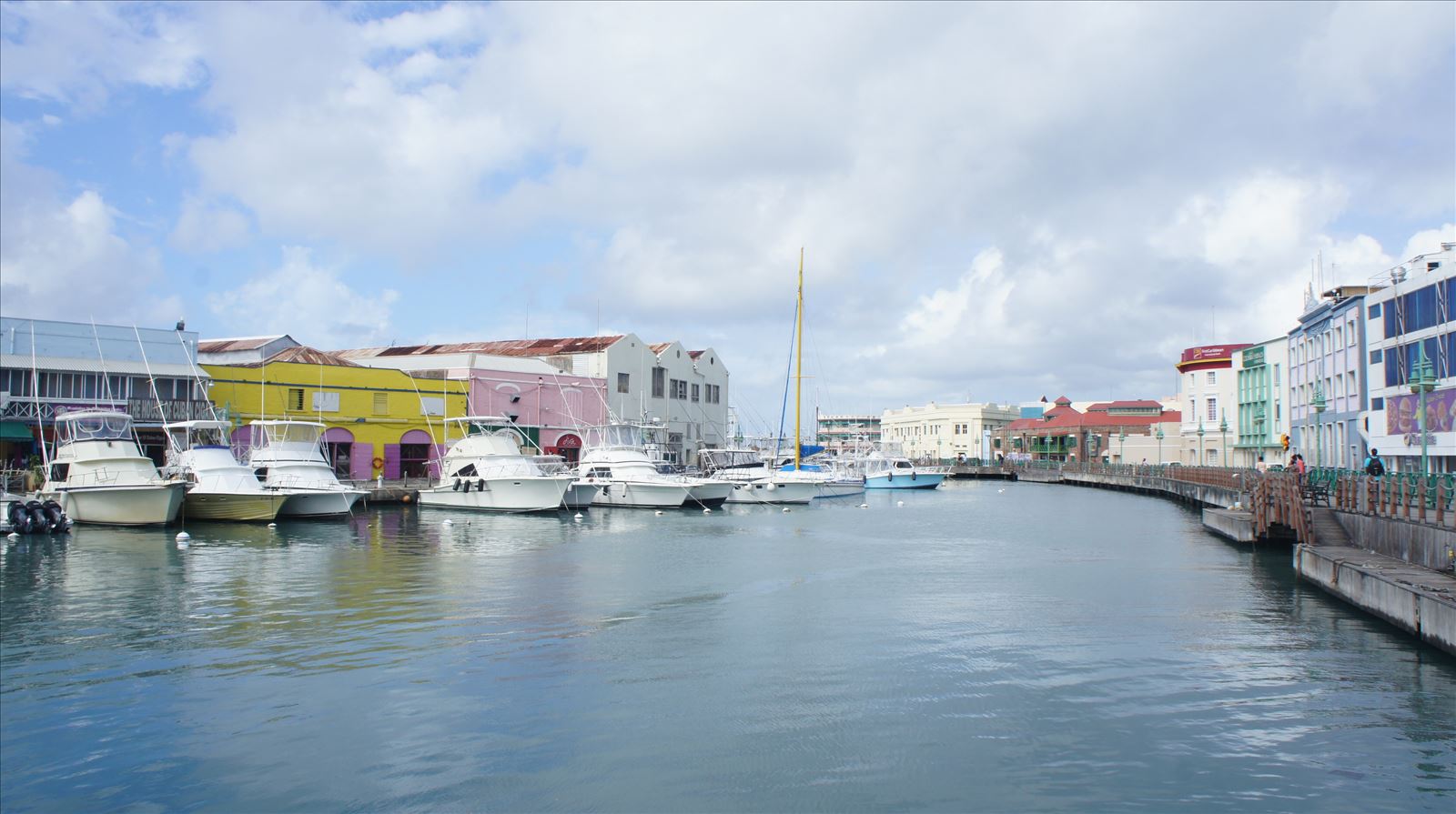 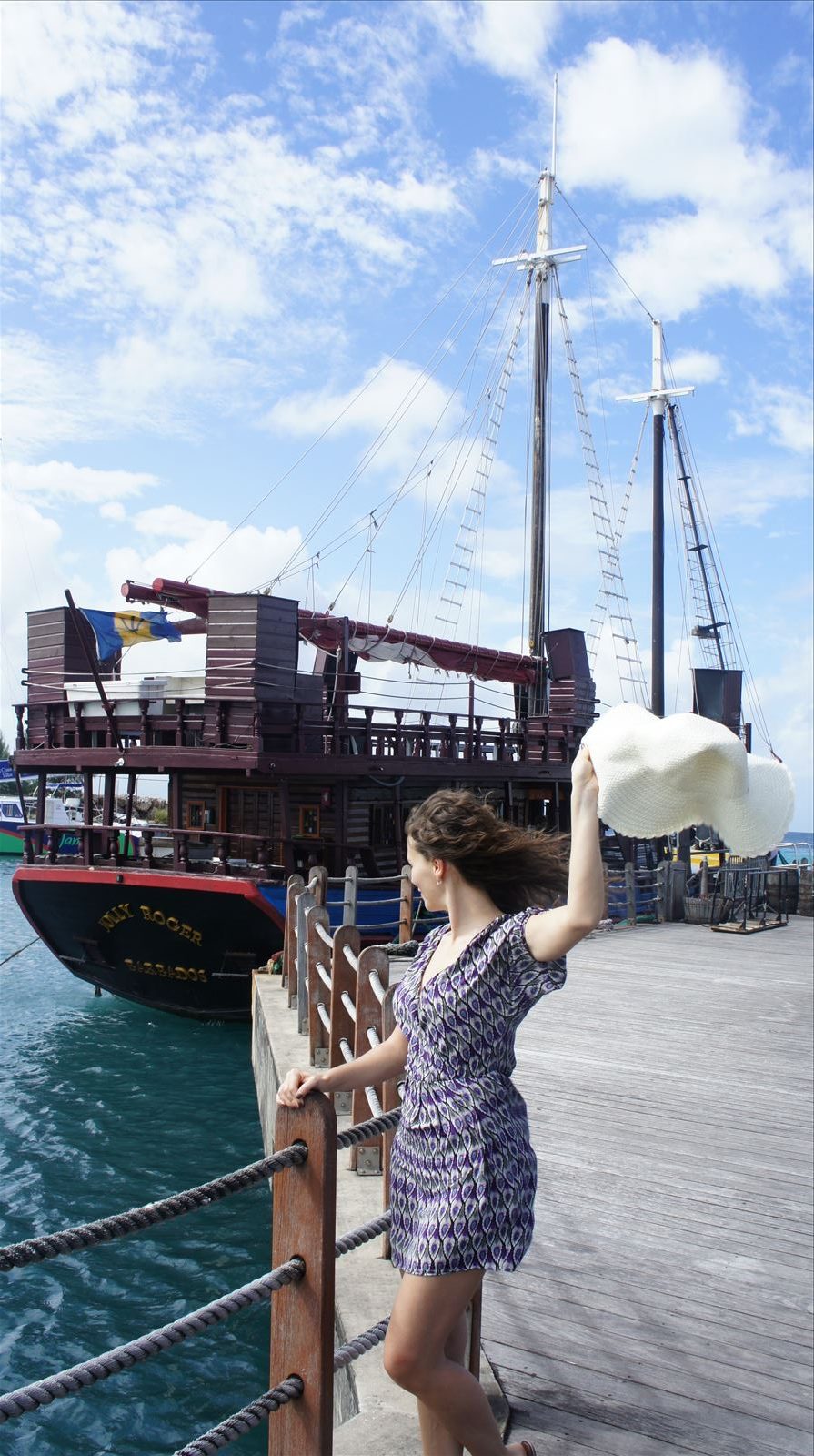 We also visited the main city of Barbados – Bridgetown, where the main administrative institutions are located. The local Governor General is appointed by the English Queen, the English law applies, disputes in certain cases are subject to the English court – in general, the relationship with the UK is more than tight. It makes it easy for tourists to discover the island – you can speak English everywhere. Of course, we were not impressed by the city – There was a very noticeable contrast between luxury hotels on the coast and the housing of ordinary locals . And the yacht marina at the local port only reinforced this impression. By the way, speaking of the locals – the most famous islander to date is singer Rihanna, and here she is really a local pride. Every person with whom we spoke, felt obliged to remind us of this fact. Of course, we wanted to see the house where Rihanna spent her childhood – it is shown to tourists, as if it was an excursion. 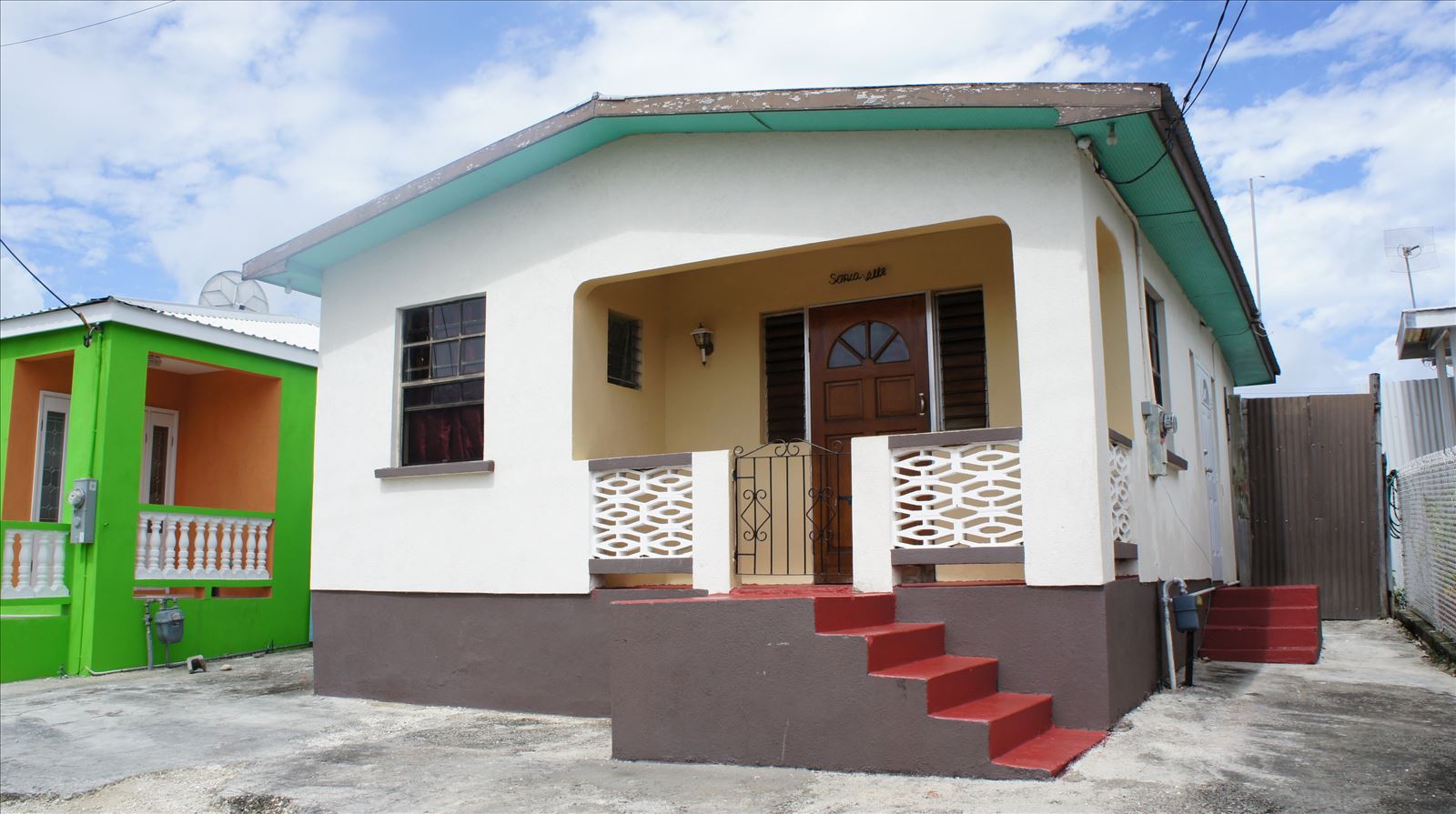 The island’s attractiveness on a global scale is not only measured by tourism (and alcohol 🙂 sector – Barbados is a well-known offshore zone and it also provides programs of simplified citizenship acquisition for investors, which requires investment in local real estate. This, in turn, stimulates the construction industry and associated service sector. 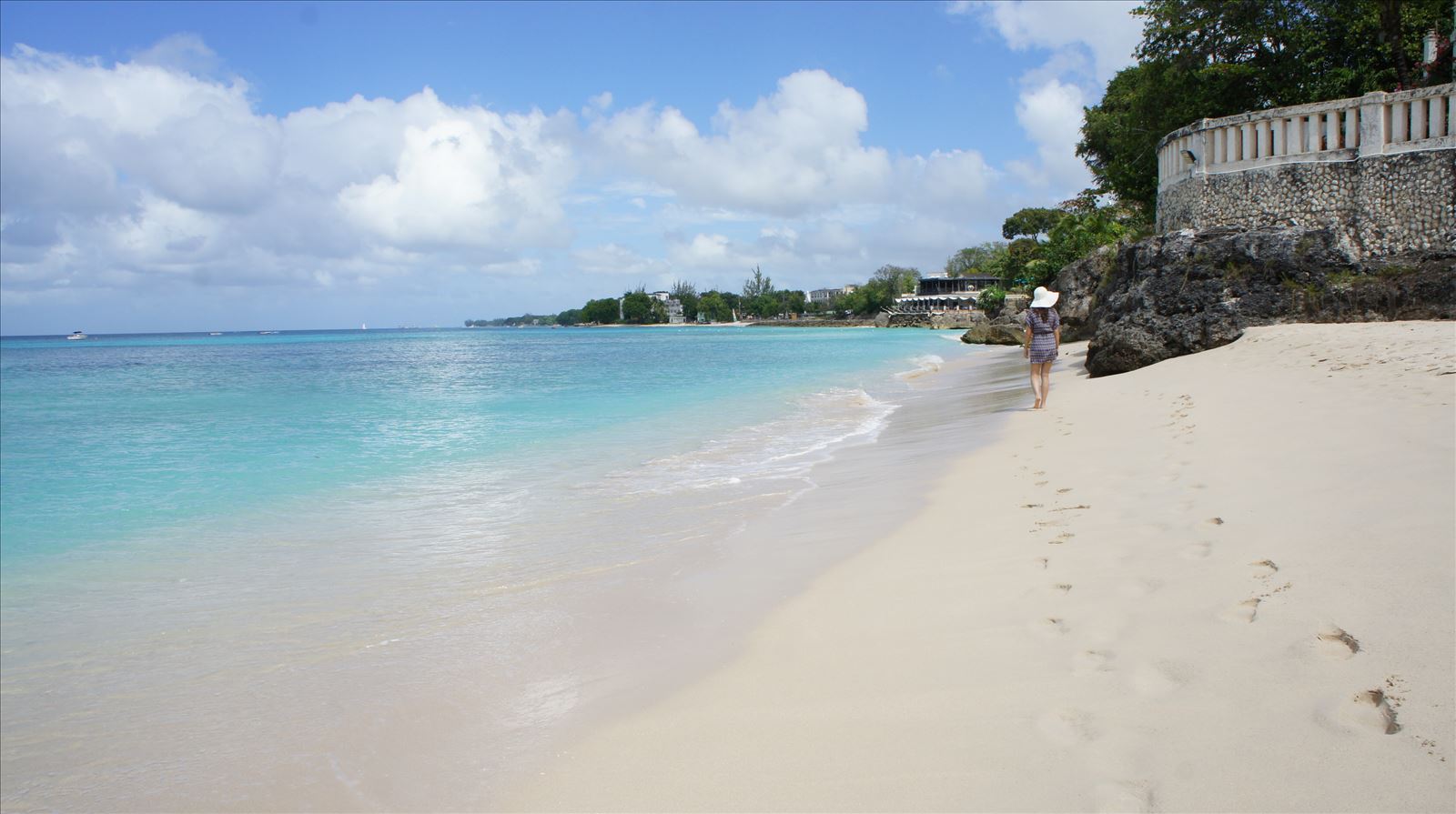 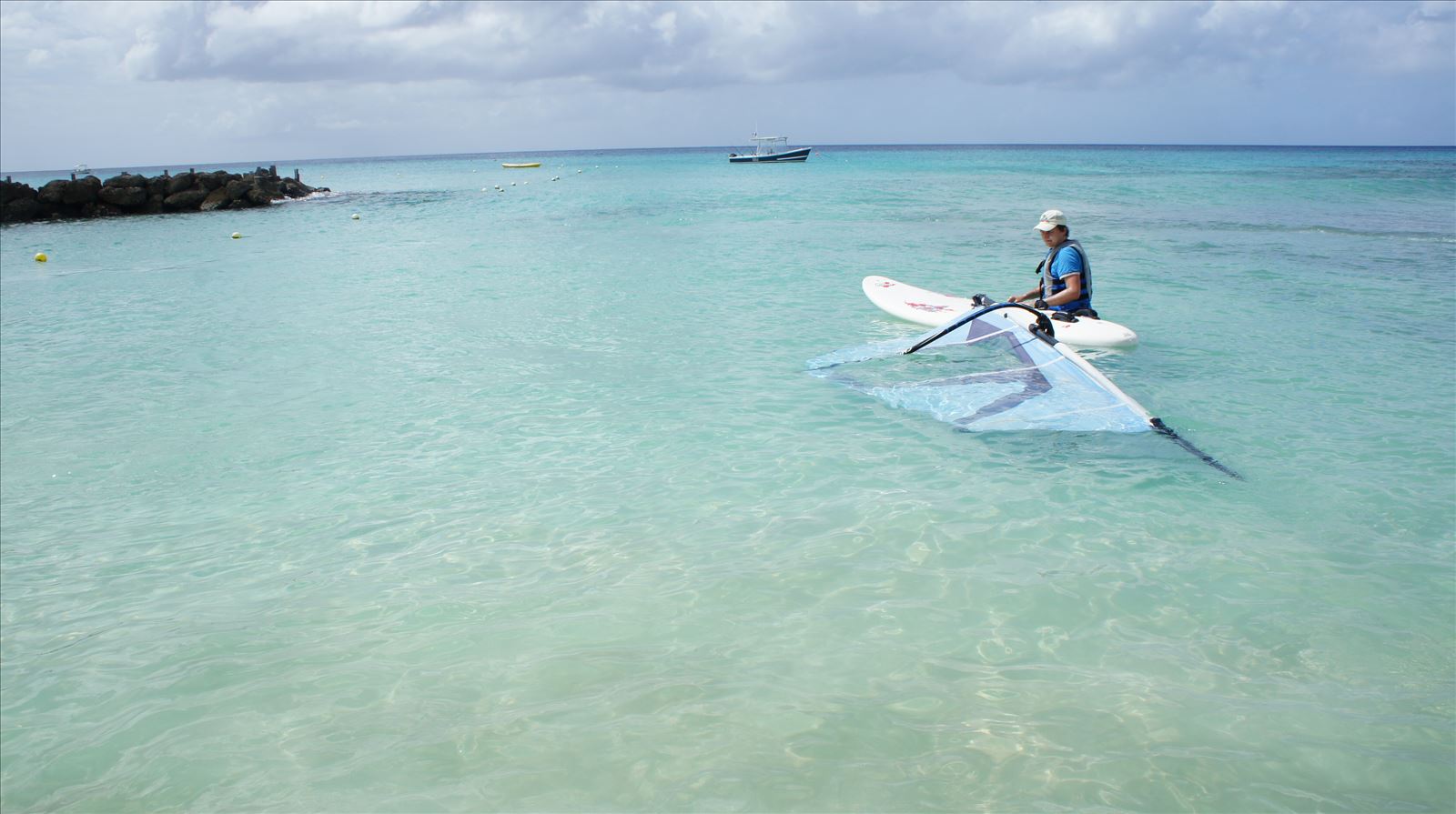 Overall, the trip to Barbados was for me, without exaggeration, a landmark in the field of travel. Not disappointing for a second, this island has left the brightest trace in the memory. After years of traveling many bright places are forgotten as quickly as they stirred the imagination, but Barbados is still remembered, as if I just came back from there . I hope that someday I will be able to go back there again. Although, of course, travelling such a long way (half a planet is no joke!), will be tempted to see the neighboring places – Curacao, Aruba or the Bahamas with the Caymans. But it is going to be an entirely different story 🙂