Lisbon, the capital of Portugal, is a city with a rich history. Judging by the remains of ancient civilizations found in these places, this city has every chance of surpassing all other European capitals in age. Civilized settlements were here even before the Romans, and since the beginning of our era, this place was just full of life. Muslim rule left its marks, then a return to the Christian way of life as a result of the crusader campaign, the subsequent rapid development of education, trade and navigation also affected the architecture of the city. A large-scale earthquake of 1755 also had a significant impact on the appearance of the city – most of the city required restoration after the earthquake, therefore, many of the buildings in the historical center that have survived to this day were built at about the same time – in the second half of the 18th century. A large-scale restoration of the historic center of Lisbon carried out at the end of the 20th century had a positive effect on the flow of foreign tourists. In general, many bright and seemingly incompatible details formed a colorful mosaic called “Lisbon”. 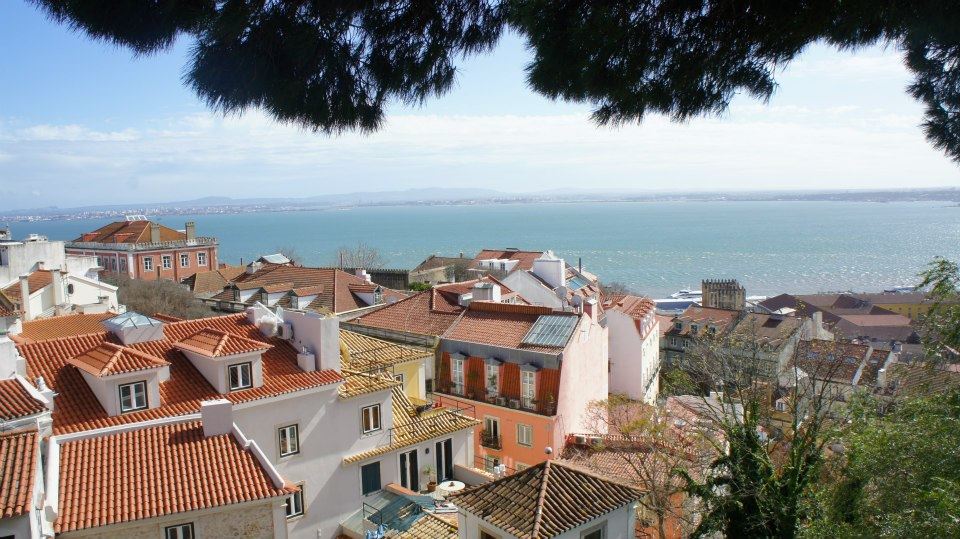 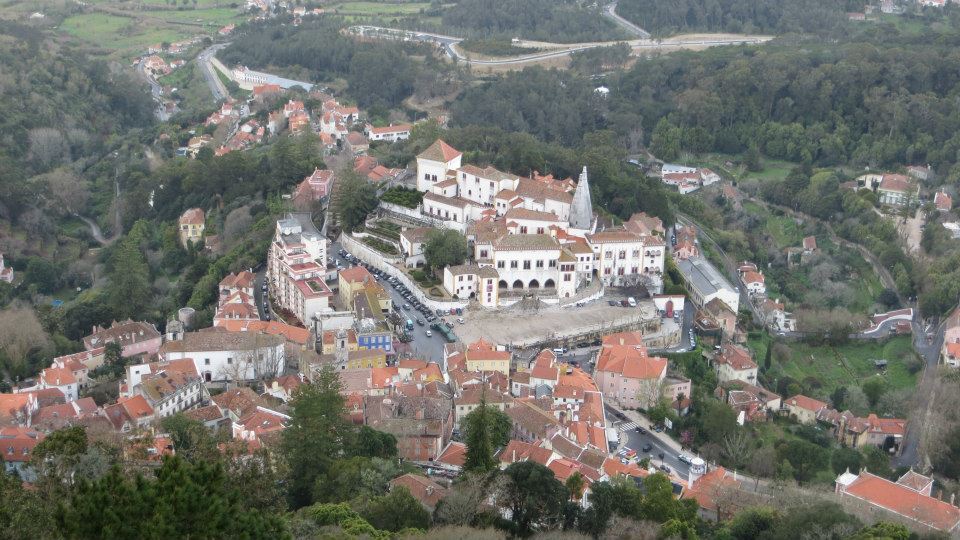 As usual, our trip began with a tour of the historic center. St. George’s Castle is a medieval fortress towering above the city center. During the period of Muslim rule, it was the residence of the Moorish Emir, until the first King of Portugal, Alphonse, and his crusaders captured it, returning the city to Christian rule. However, the Moorish heritage remains in the area of the historical center of Lisbon between this fortress and the Tagus River to this day, still bearing the name Alfama (from the Arabic “Al-Hamma”). 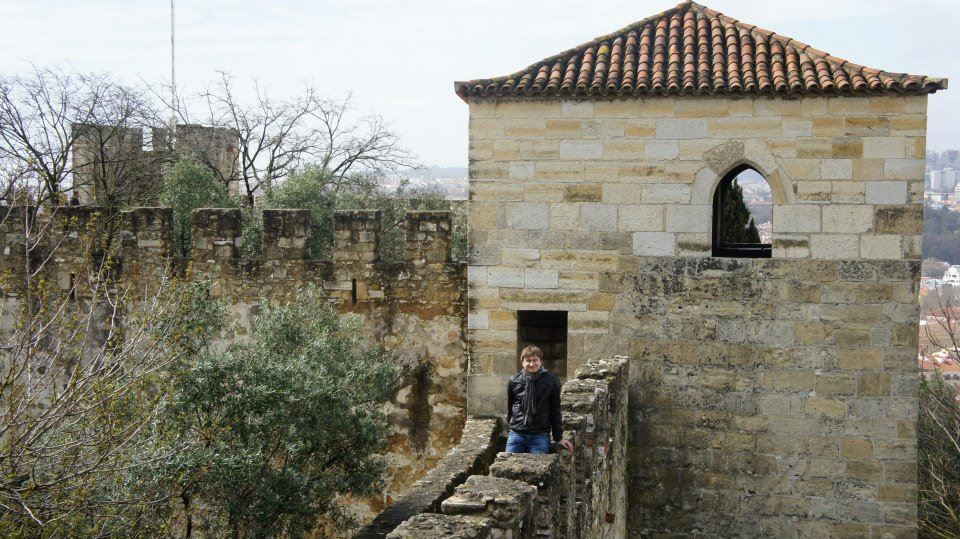 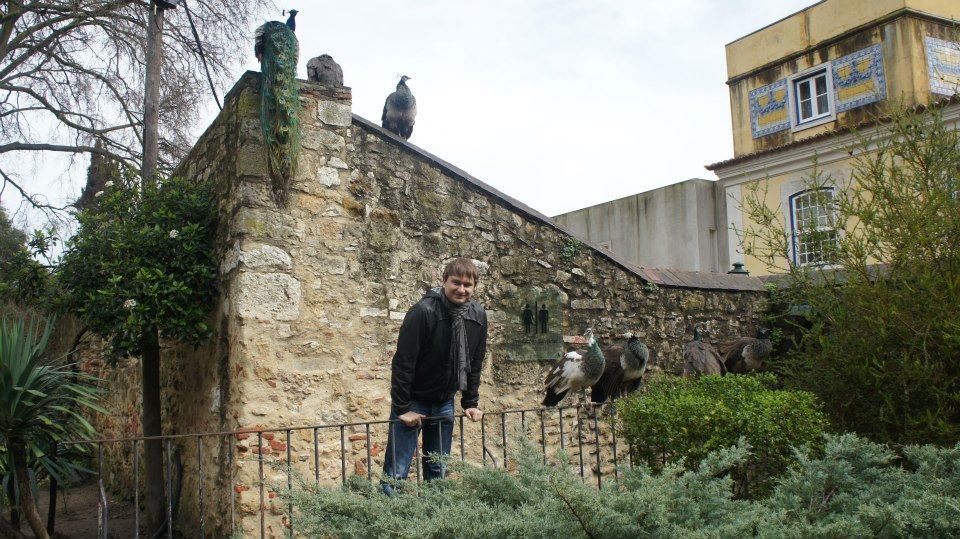 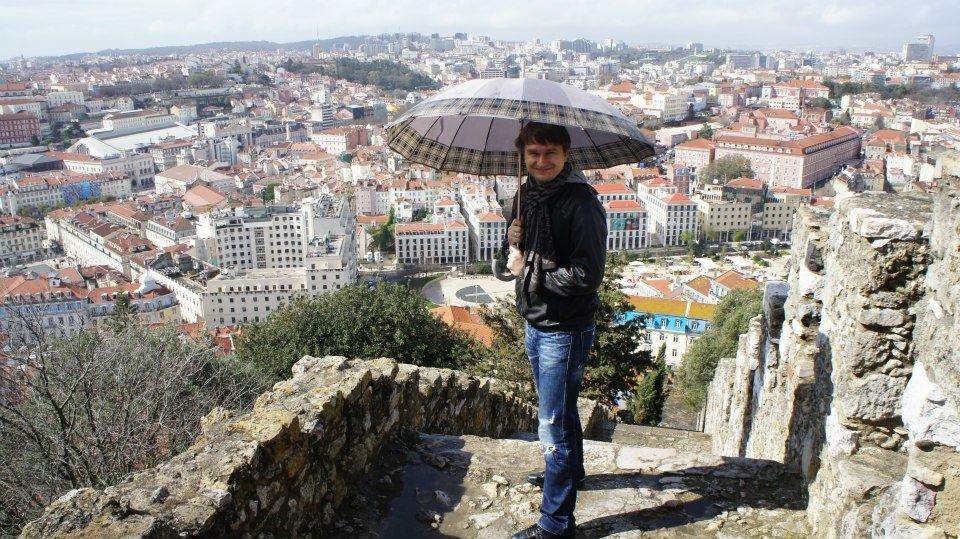 In the fortress, we especially remember a solid population of peacocks, walking everywhere along the streets. Majestic birds showed little interest in tourists, but the food changed their mood and they began behave like ordinary poultry 🙂 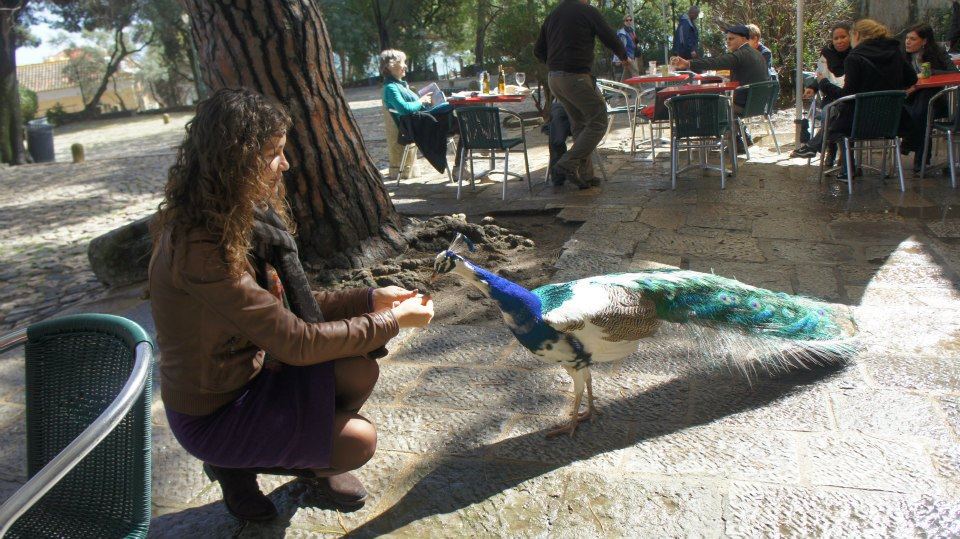 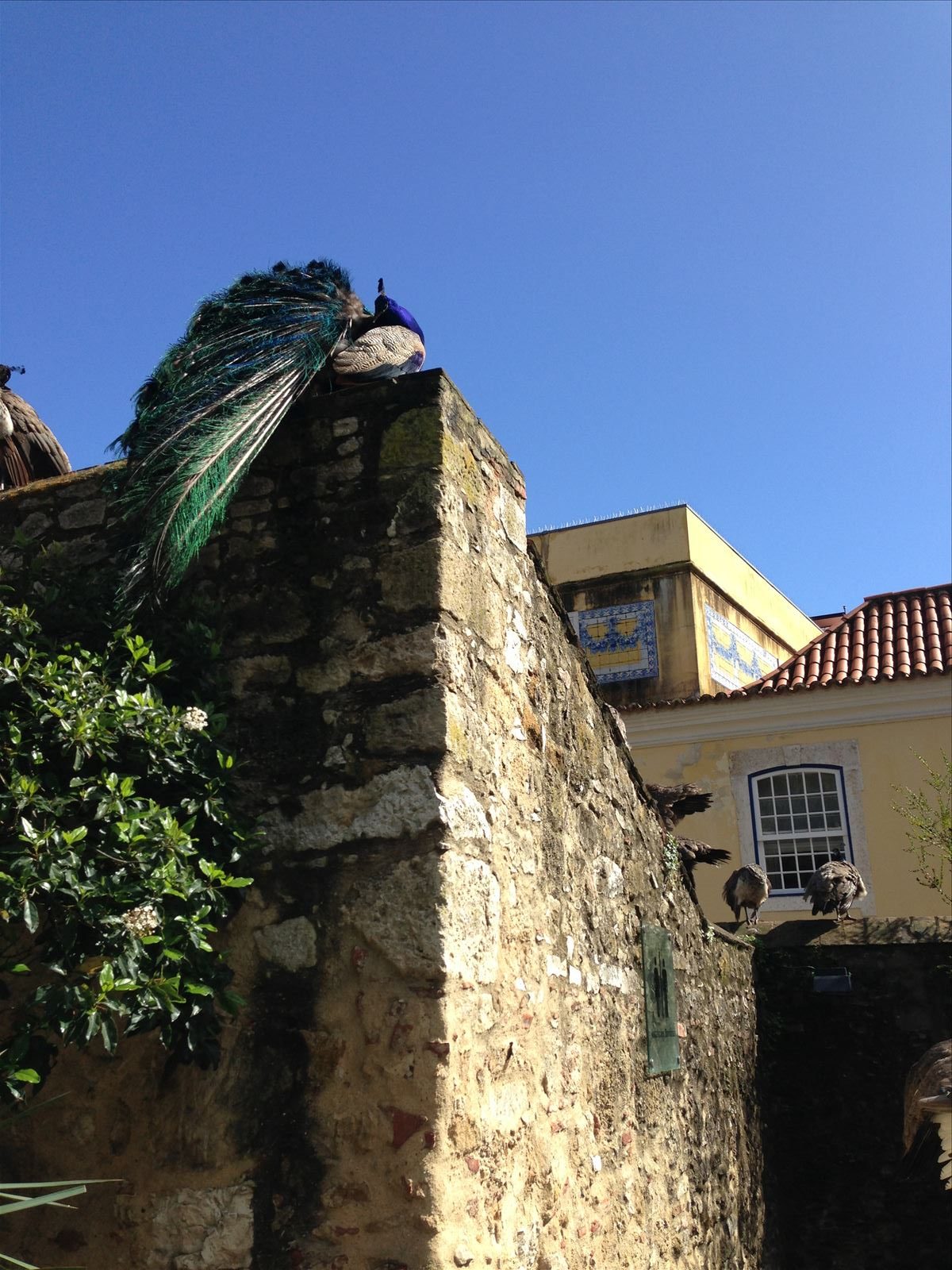 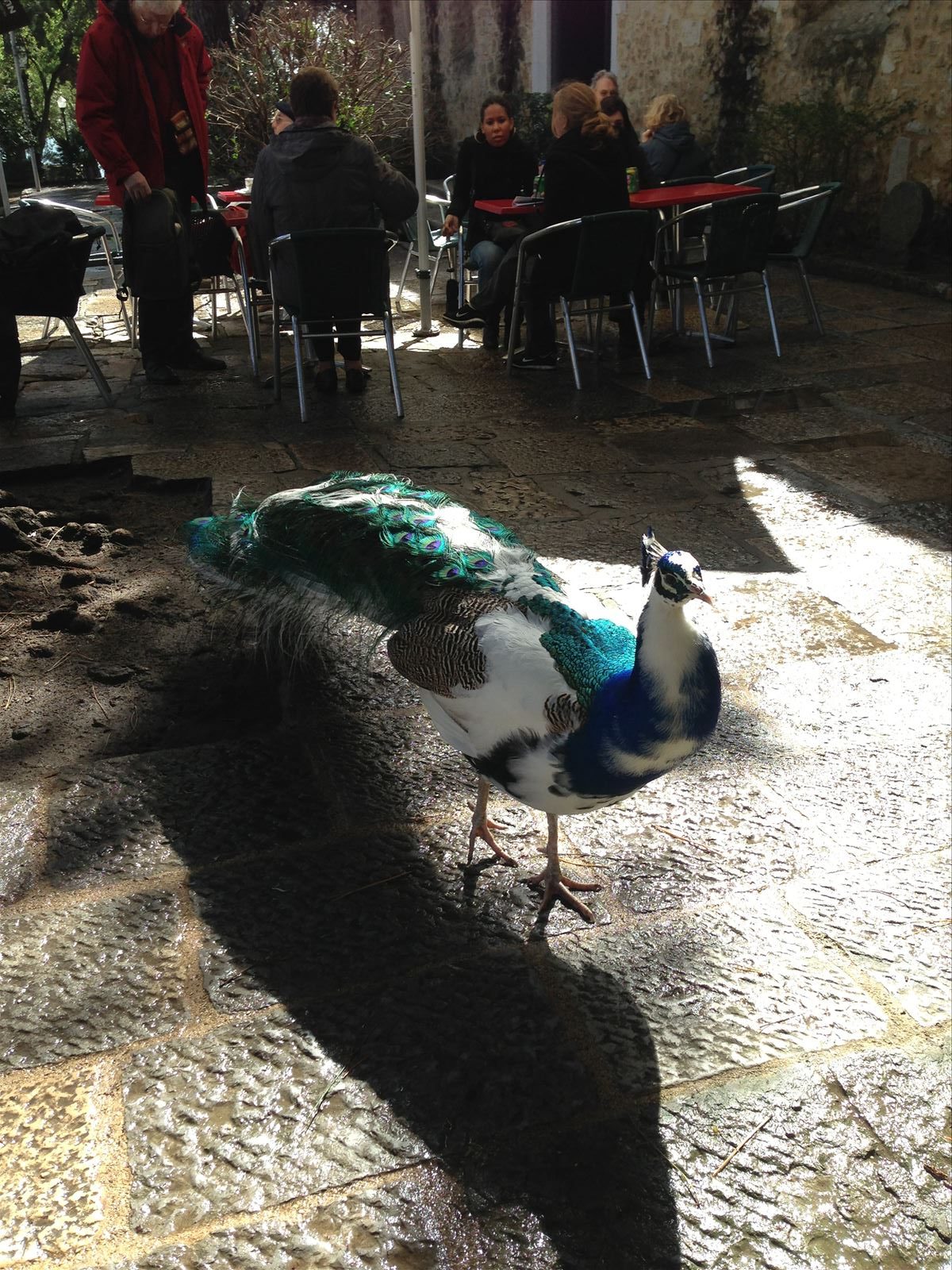 Yellow retro tram is the unnamed symbol of Lisbon. Taking into account the relief of the city, many tram tracks are heavily sloped, making it doubtful whether such heavy vehicles can run on these rails. However, these wonderful trams do a great job. 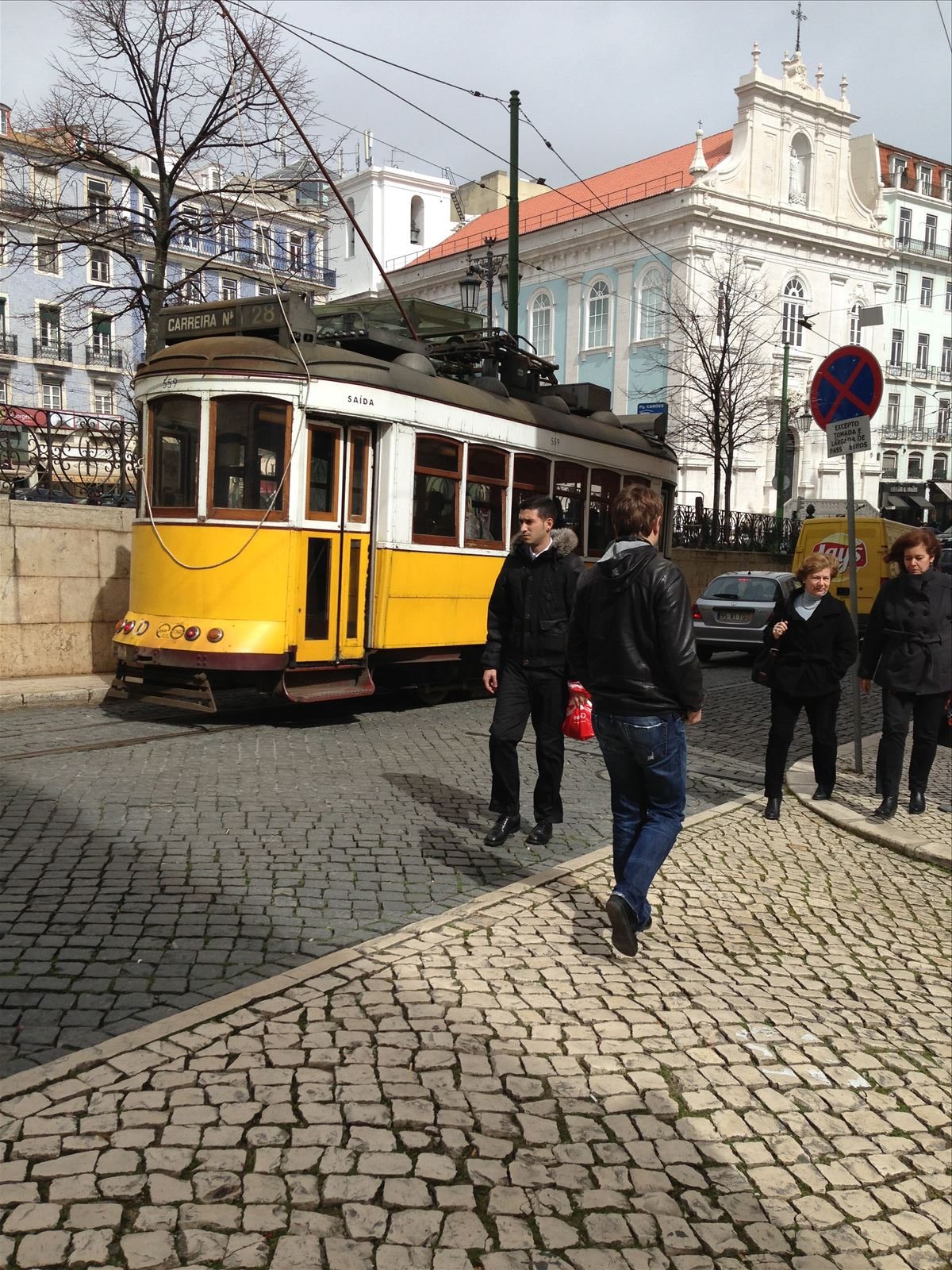 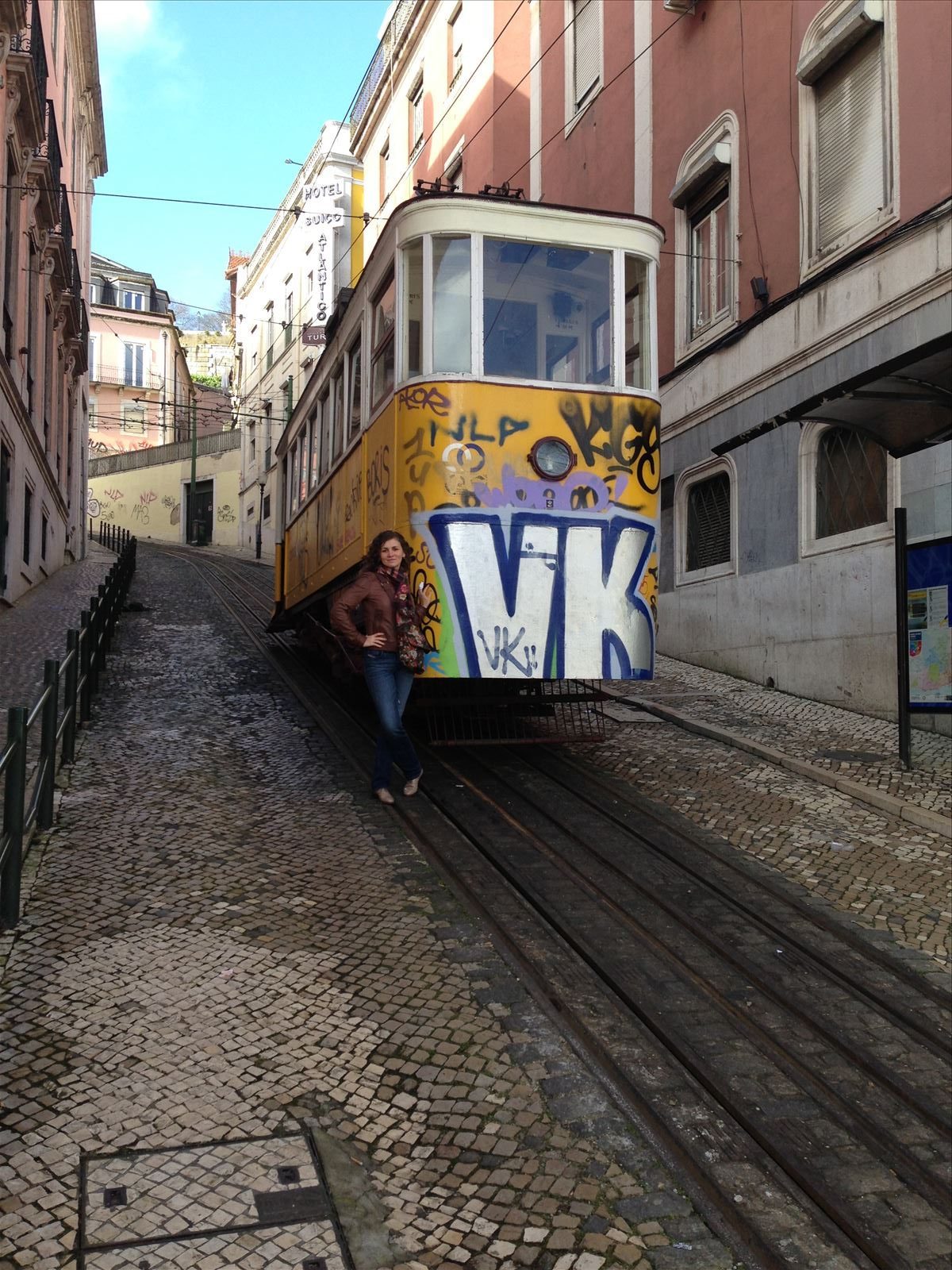 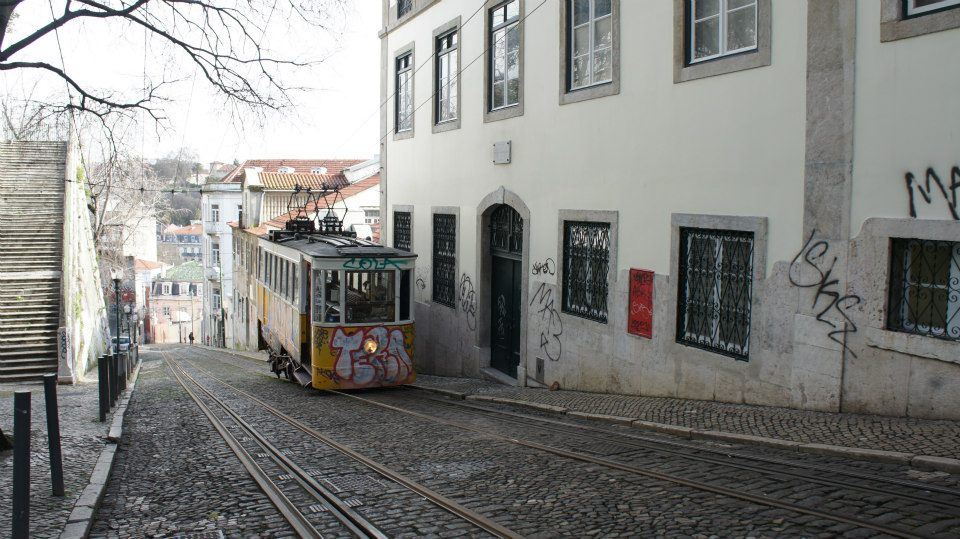 Cafes and restaurants, as in any European city, offer dishes for every taste, with only one clarification – the prices here are lower than, for example, in neighboring Spain. We visited many of them, and were pleased everywhere. But we especially remember one restaurant – Kais, located in the former port docks. There is an open space on a huge square under a high ceiling filled with tables, and with a kind of installation, more like an altar, in the center. Huge windows, old brickwork, vintage metal structures under the ceiling – all this, together with a surprisingly varied menu and excellent service, made our visit to this restaurant unforgettable. It’s been a few years since then, but we still remember it. 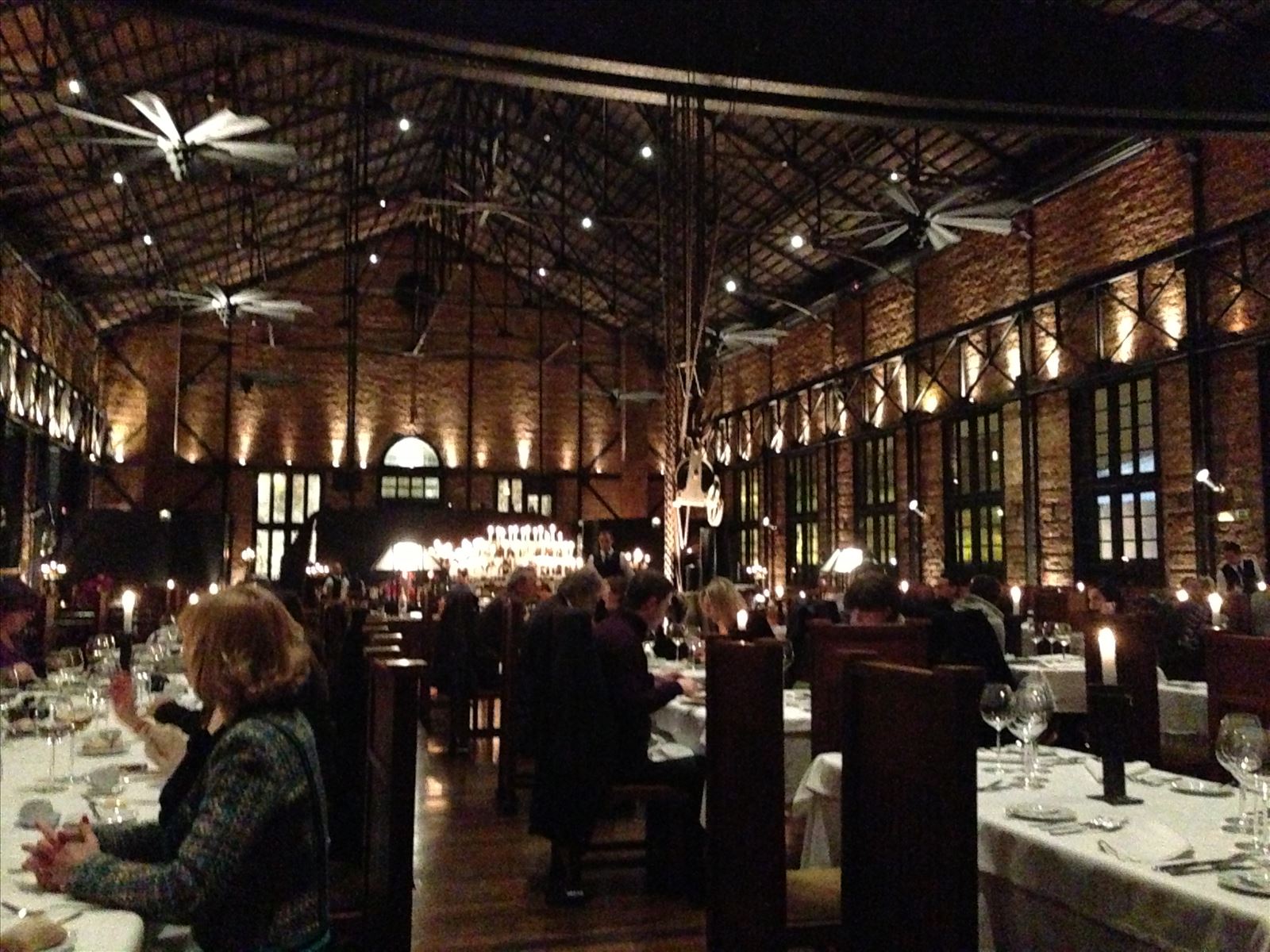 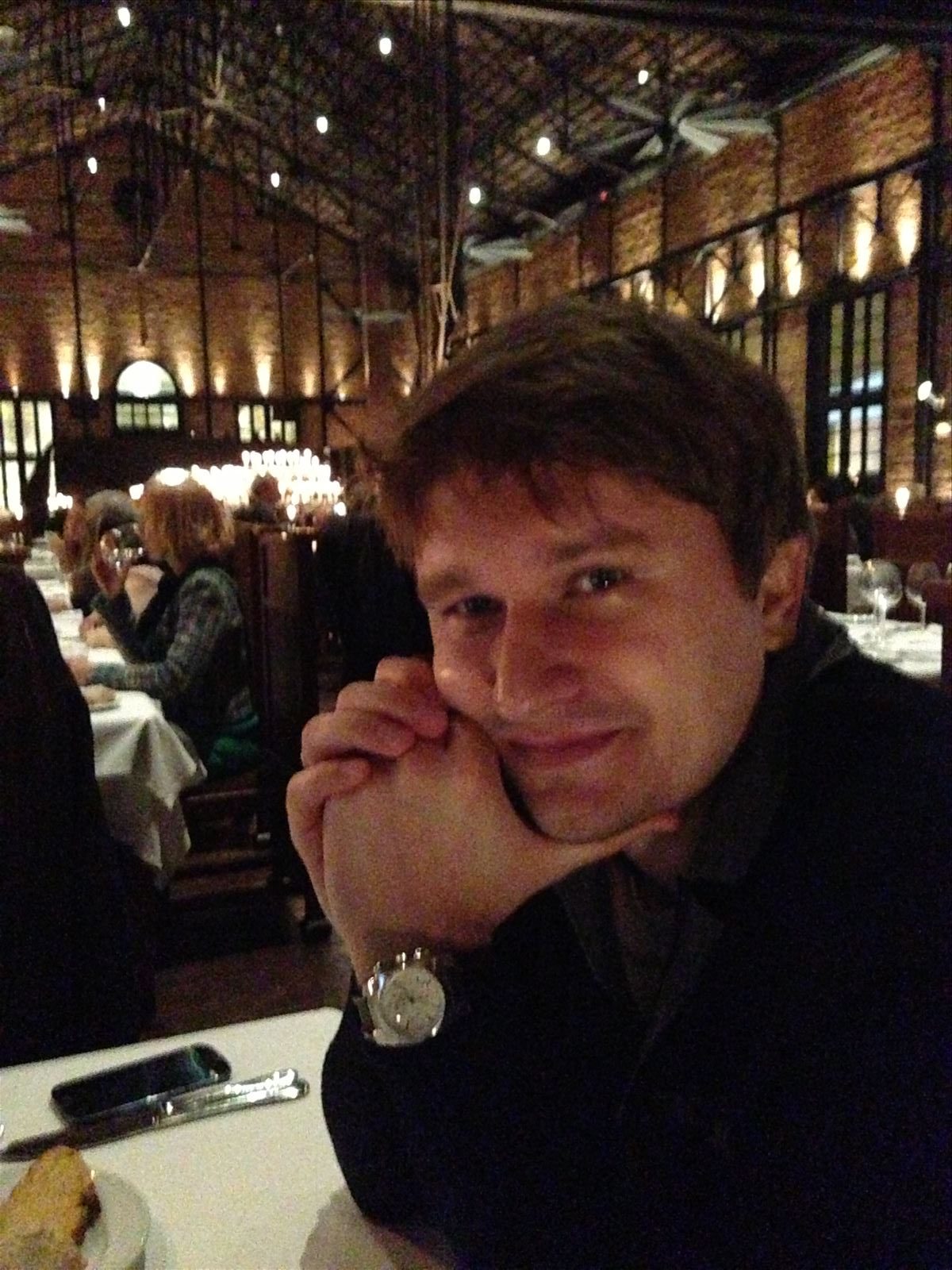 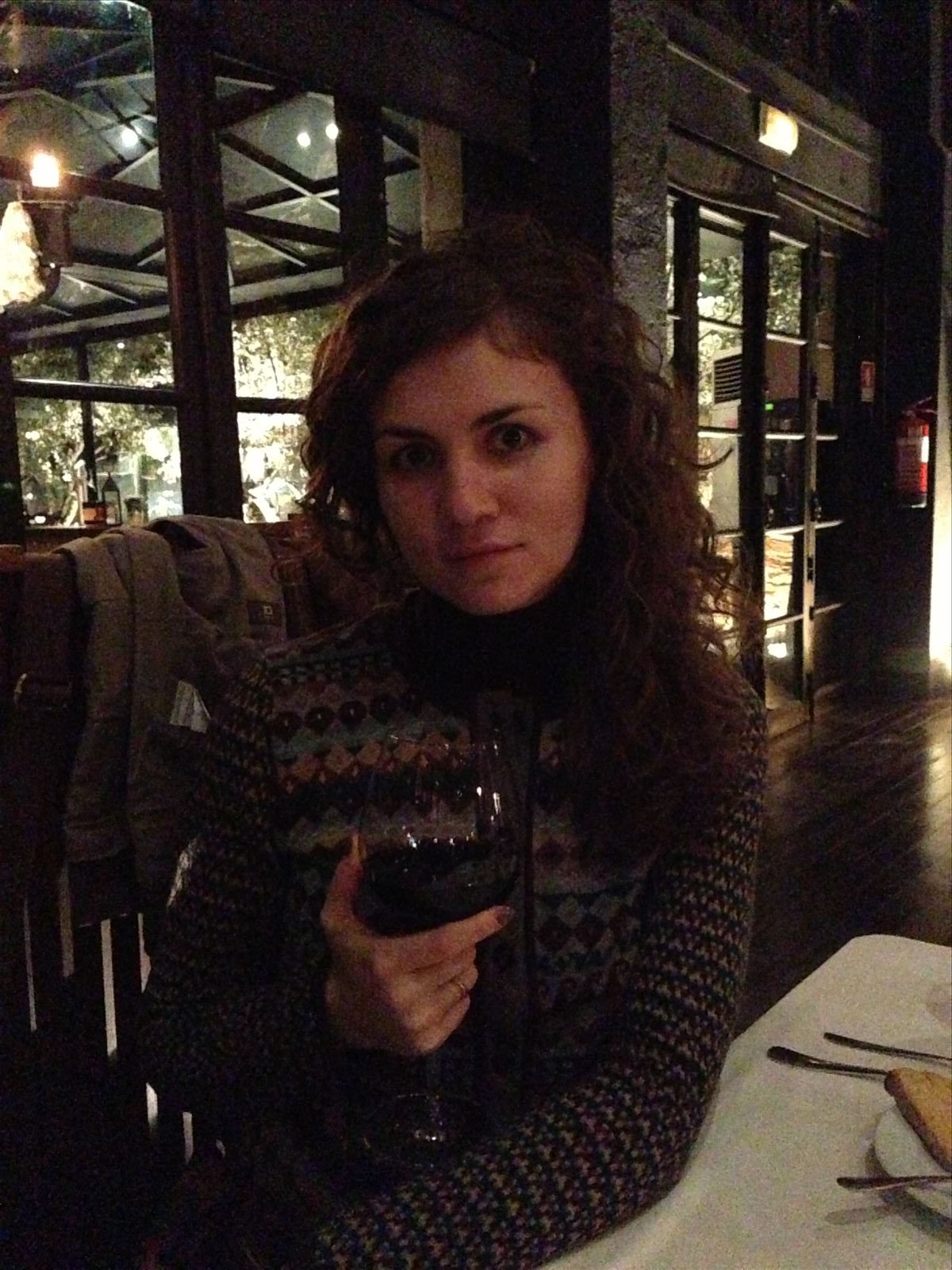 The city has sights for every taste – both ancient buildings and museums, the aquarium, parks, and much more, so every tourist will definitely find entertainment for their own taste. And our trip also included a visit to the “city of palaces” – Sintra. To do this, we took advantages of the website Booking Autos , when choosing the most favourable offer for renting a car at the point closest to us. In order to resolve all transport issues very quickly, you can download the booking autos app at AppStore and GooglePlay, which allows you to rent and return a car in real time, as well as change the terms of an already concluded rental contract, depending on the circumstances of a particular trip. Prices for services in Portugal are quite low, but using the advantages of this offer aggregator, it turned out to be even cheaper. 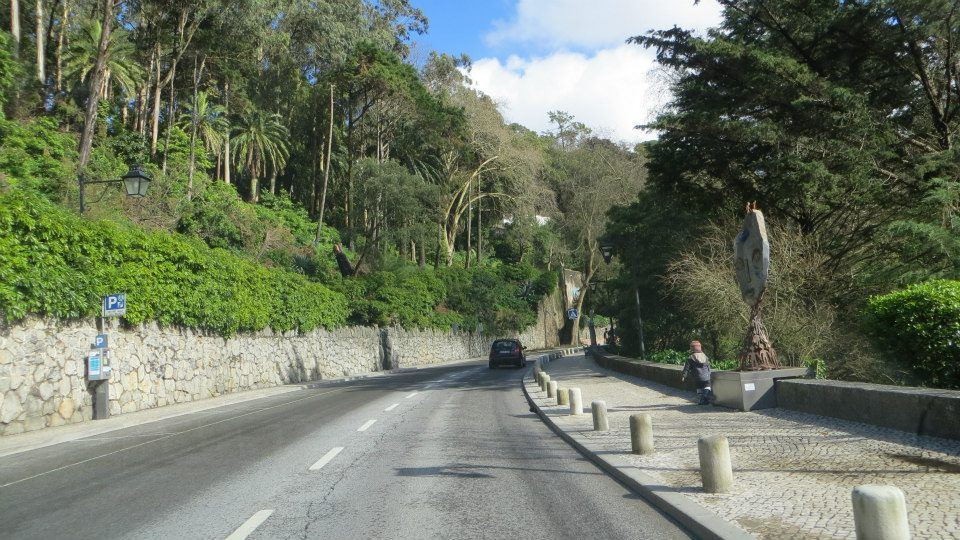 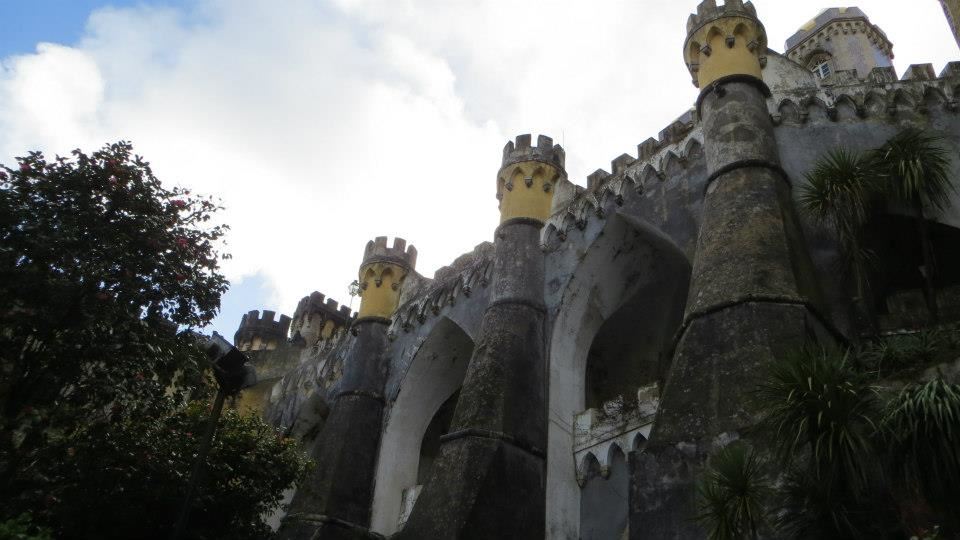 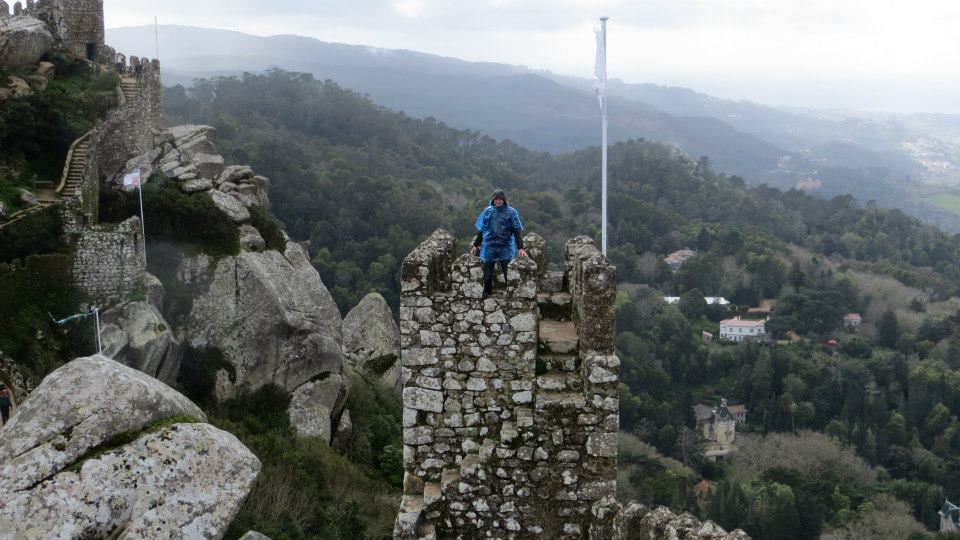 Sintra is located 20 kilometers from Lisbon, and is a center for the location of ancient palaces, deservedly included in the UNESCO World Heritage List. There are the National Palace of Sintra, Palace of Pena, Castle of the Moors, Montserrat Palace, Capuchin Monastery, Regaleira Palace. It is difficult to find another place in Europe with the same concentration of not just ordinary sights, but entire palace complexes with gardens, parks, fountains and everything else. It’s a bit of a pity that we took only one day from the entire trip to visit Sintra, but we will definitely come here again. 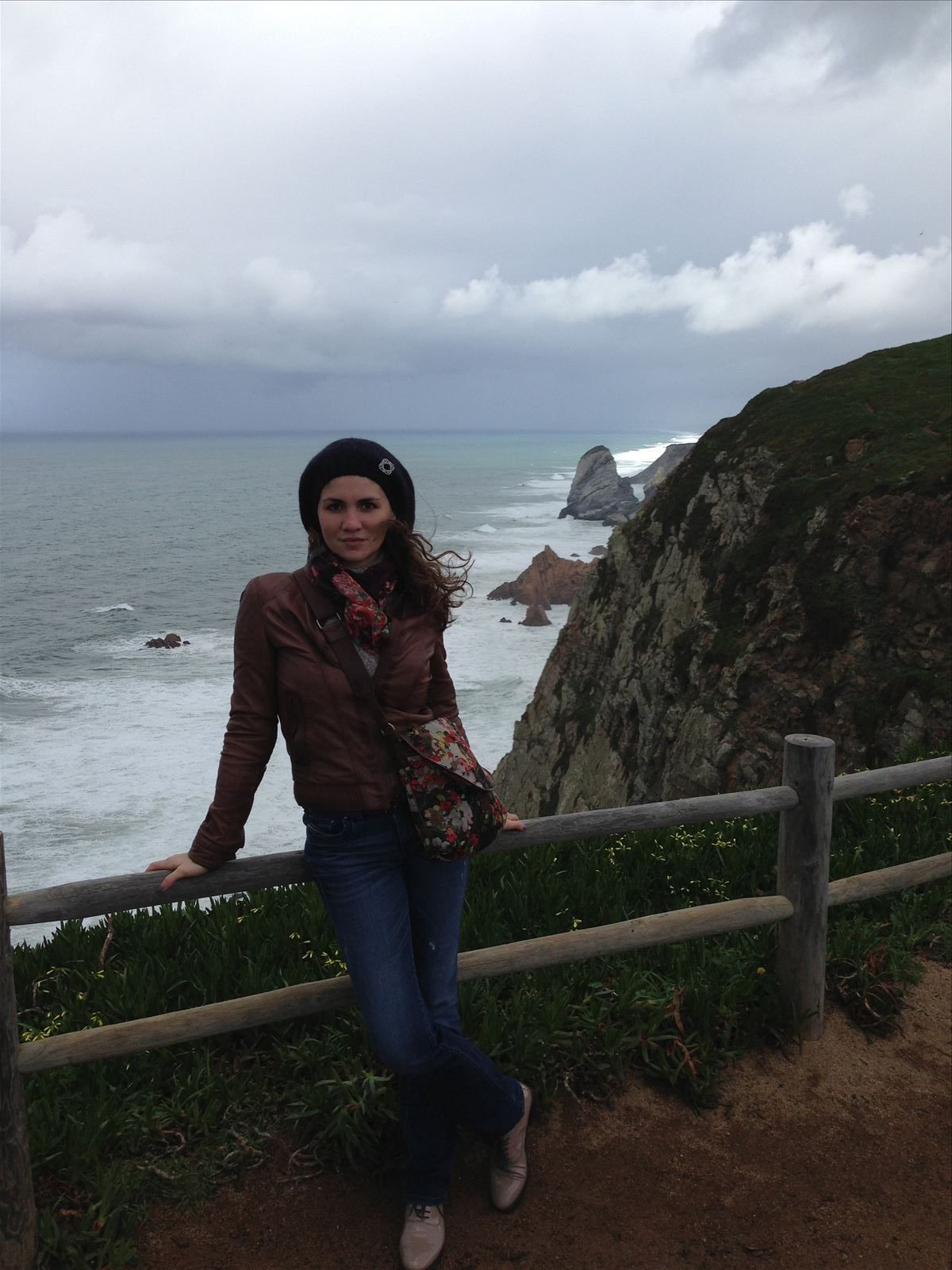 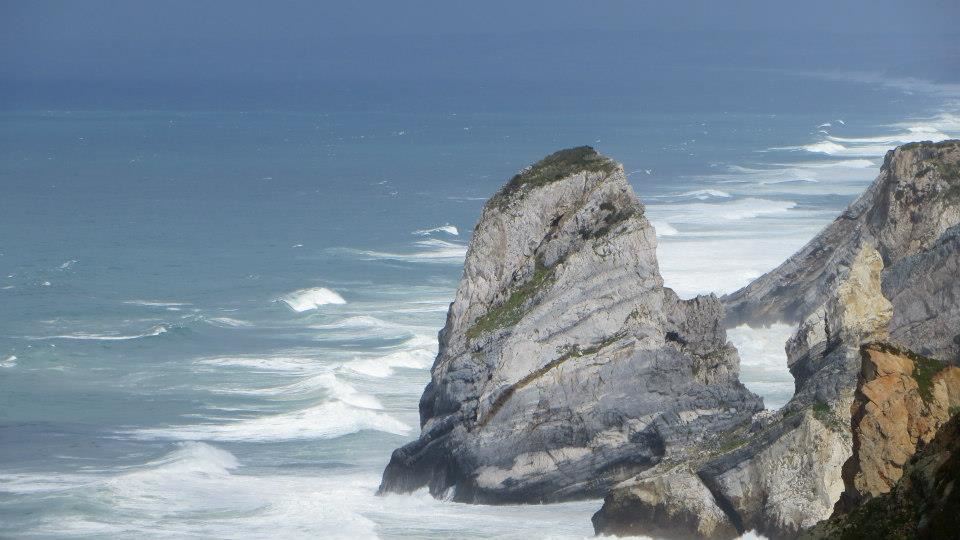 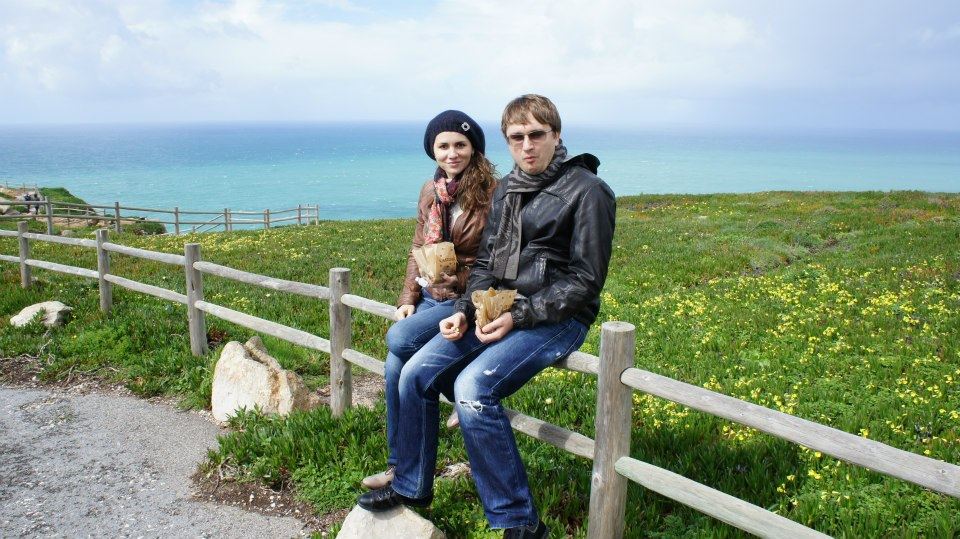 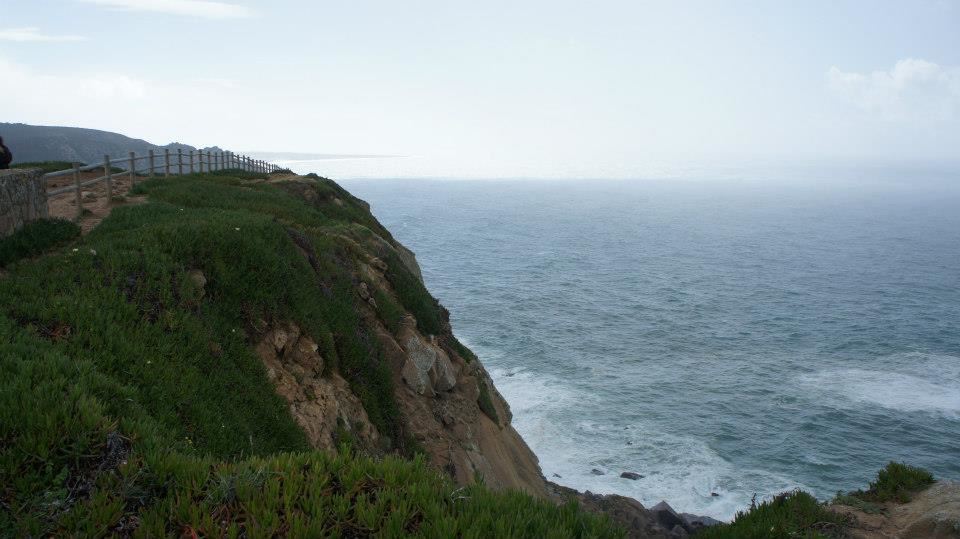 On the way from Lisbon, we also stopped at the most extreme western point of Europe – Cabo da Roca. The Cape is located about 40 kilometers from Lisbon, in the Sintra-Cascais National Park, rising 140 meters above the level of the Atlantic Ocean. Hardly will you spend much time here – it’s cold (strong winds) and there is nothing special to do except taking pictures. So, we took a lot of pictures. There is a lighthouse, a post office and a cafe with a gift shop. Typically, tourists, who come to this point on the route of exploring the sights of Portugal, do not need anything else. 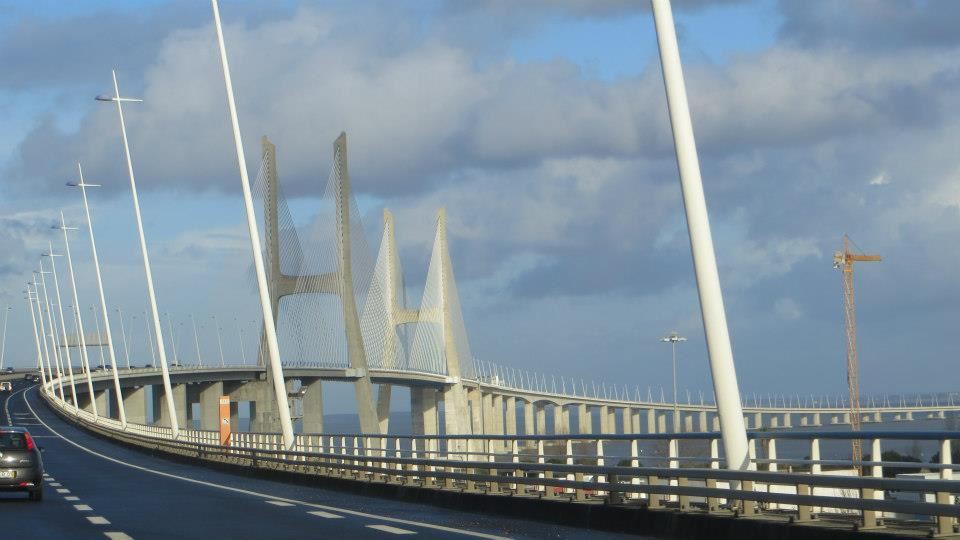 Along the way, we also drove through the real achievement of civilization and the construction that the Portuguese deserve to be proud of – the Vasco da Gama bridge, which is 17 (!) kilometers long. This bridge was opened in 1998, celebrating the 500th anniversary of the opening of the sea route from Europe to India by the famous navigator Vasco da Gama. This bridge is a complex engineering structure that allows not to restrict navigation on the Tagus River passing under it, even for ocean liners. 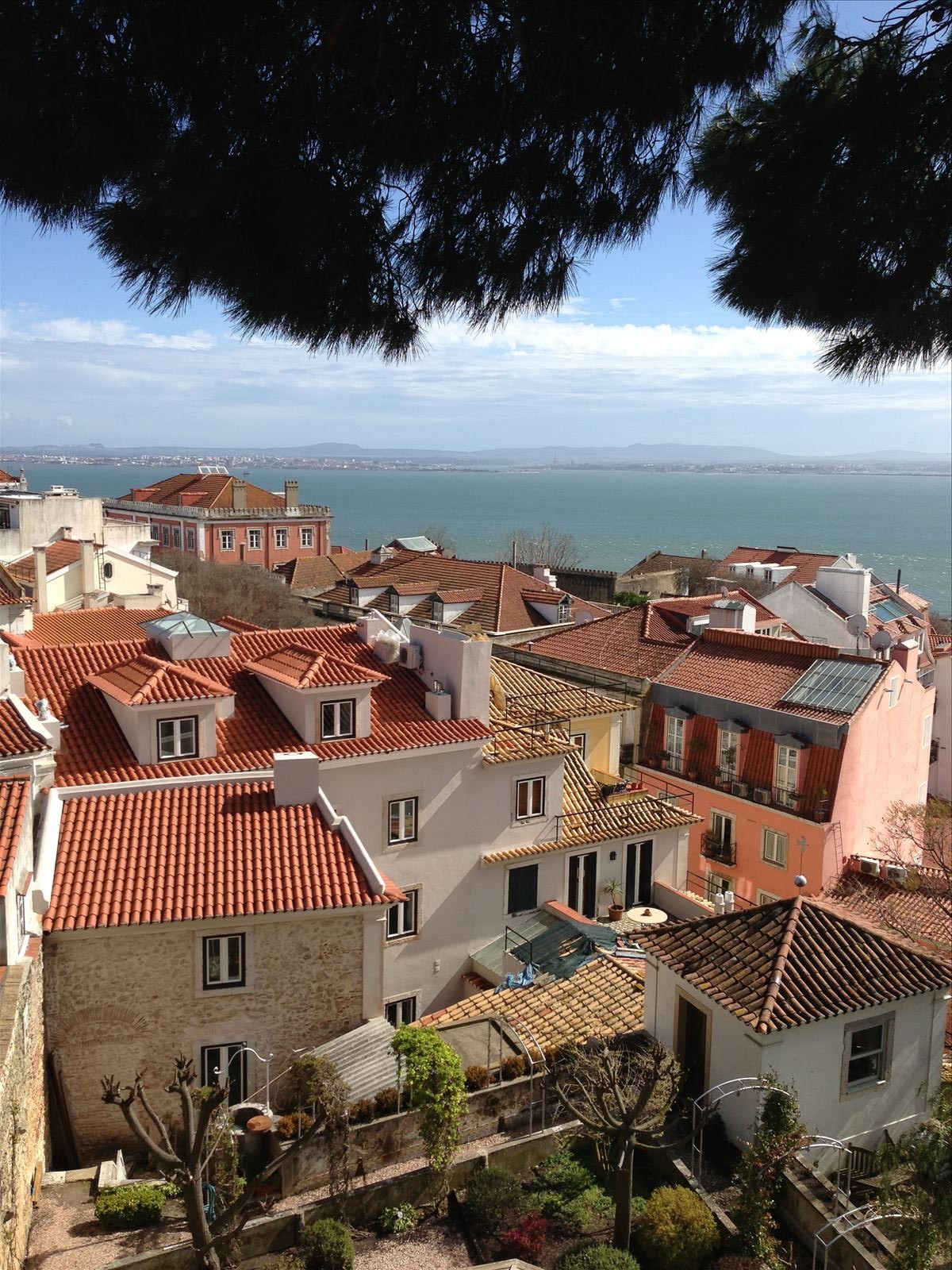 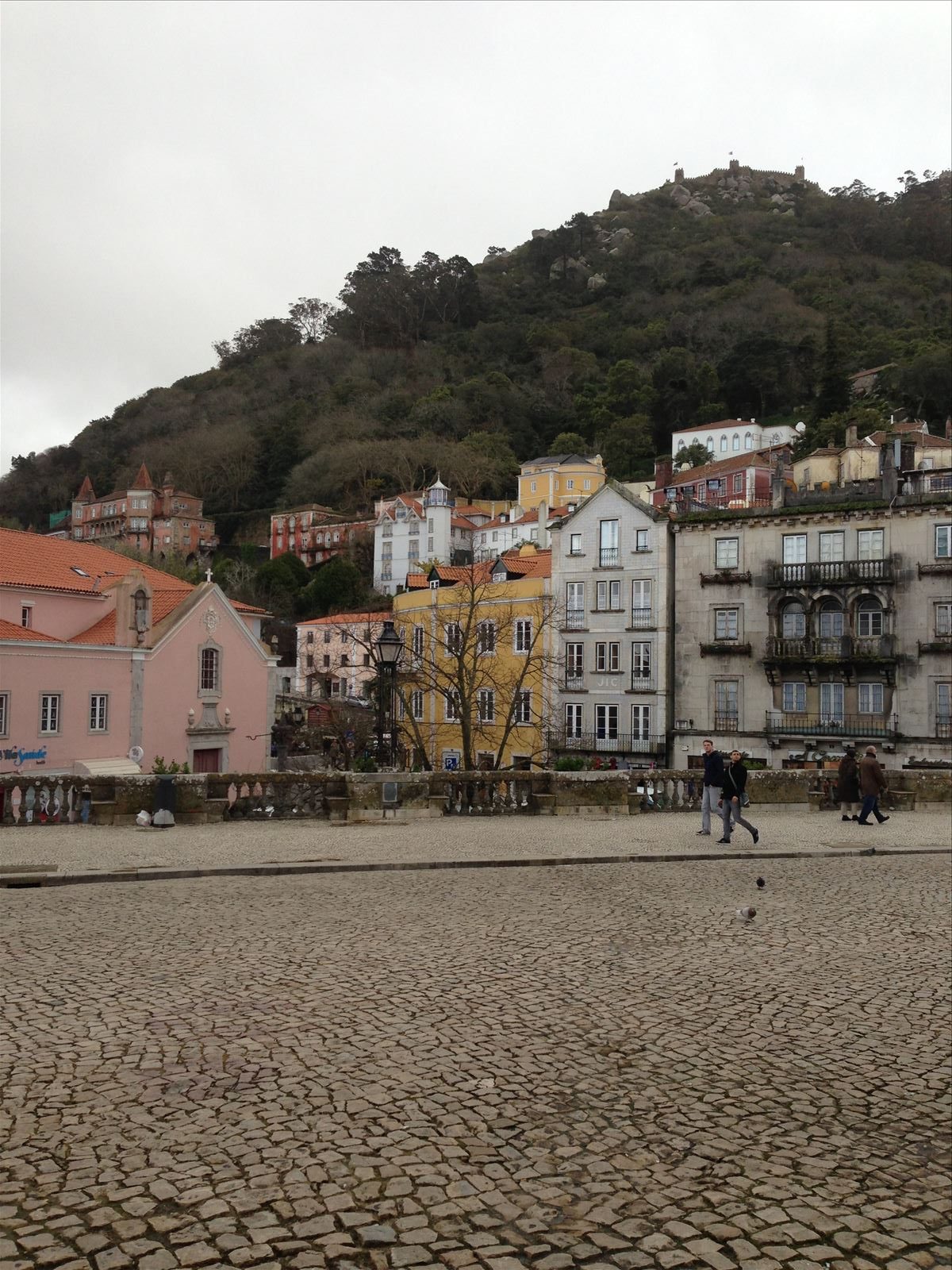 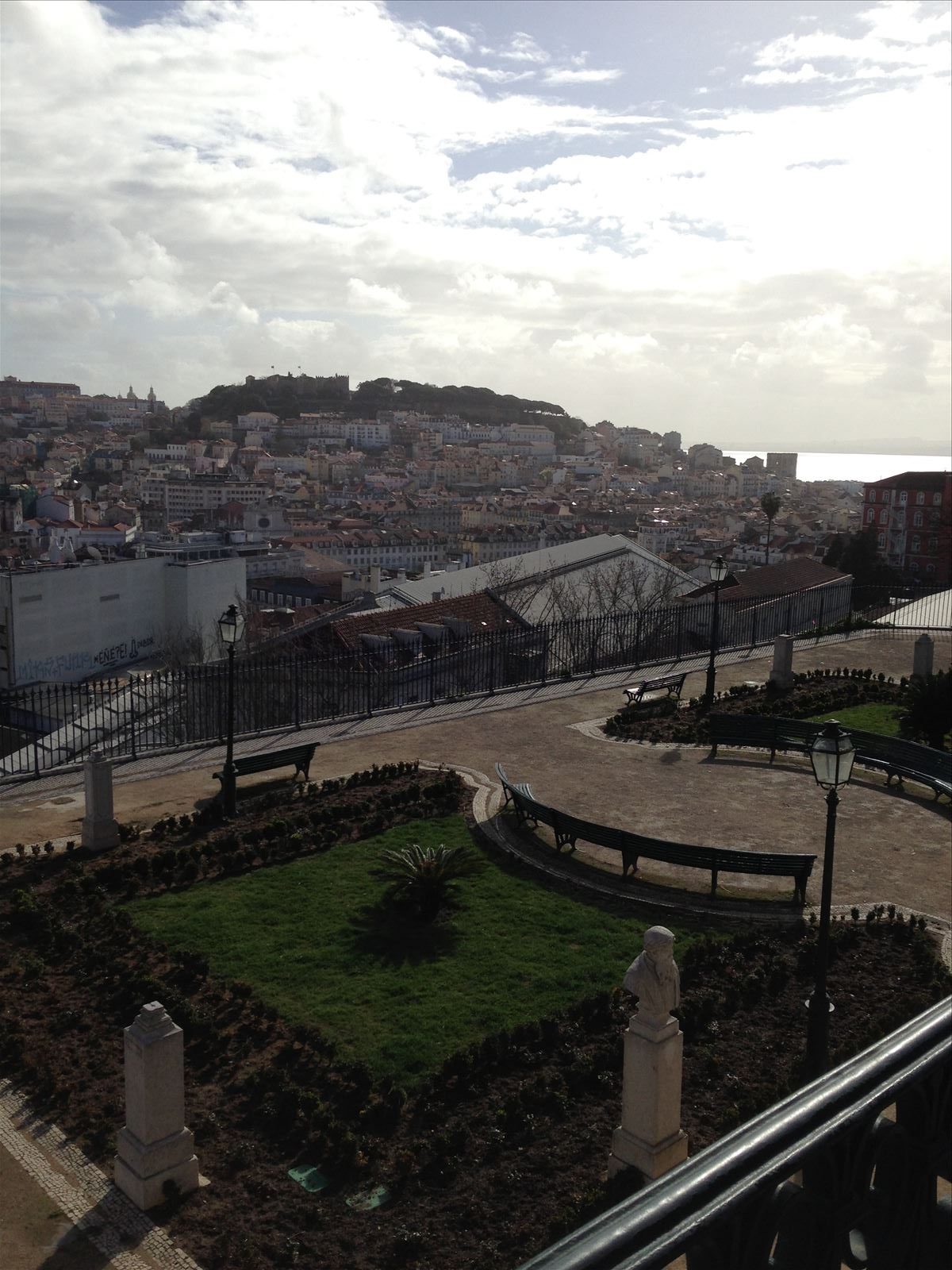 We had very positive impressions of the whole trip, even despite the changeable weather, which is standard for this region. Having clearly missed a lot of other treasures of Sintra, we are keeping Portugal in mind for the next trips.

To explore a new city during your visit with a guide you may through excurzilla.com