The idea of this trip came long ago – to see the Alps in the summer, visiting the Mont Blanc and the surrounding regions. This was not the first trip without a clear plan, when in the process of travelling we decided where we go further on the spot, taking into account the weather, mood and actual circumstances – that will get along the way and give ideas to visit. Such travels may seem reckless at first sight, but in fact it is the best way to travel effectively, receiving the desired impressions “here and now”, and not a compromise of “that’s fine, but it is a pity that did not think in advance.” This was made possible thanks to a skilful use of the offers of an aggregator website HotelHunter reflecting special deals in real-time (availability, accommodation discounts, high ratings, etc.). Well, and the opportunity to rent a car via the corresponding aggregator site Carscombined , when you take it in one country, use in another, and give it back in the third, providing in advance the removal of the limit on mileage and appropriate insurance. In the end it turns out to be the “Dream route”, when you visit the pre-planned places, but also do not deny yourself in spontaneous joy to come to the favorite city on the way, and, if desired, to stay in it longer. And in general, to follow his mood and newly emerging ideas in real time.

We originally arrived in Geneva (there was a good deal for the tickets), however, soon came to French Annecy, located on the eponymous lake. This City is notable for the presence of the canal system, as well as the location of the Palace in the middle of their weave, and infrastructure for water recreation on the lake (beaches, boat hire, promenade, etc.) . Another attractive thing about this city is its “French way” preserved from globalization, praised in mass culture not only in ours, but also in the previous centuries (no matter how pretentious it sounds). And although the number of tourists in the summer season there is high enough, most of them are Europeans, which makes it very comfortable-everyone wants the same thing by similar rules. To sit in a cozy café over a cup of coffee and a croissant, to take a walk along the promenade (and then ride a catamaran on the lake), to get a gourmet dinner at a local restaurant, to feel the atmosphere of this city. Simple tourist pleasures, but with French sophistication. 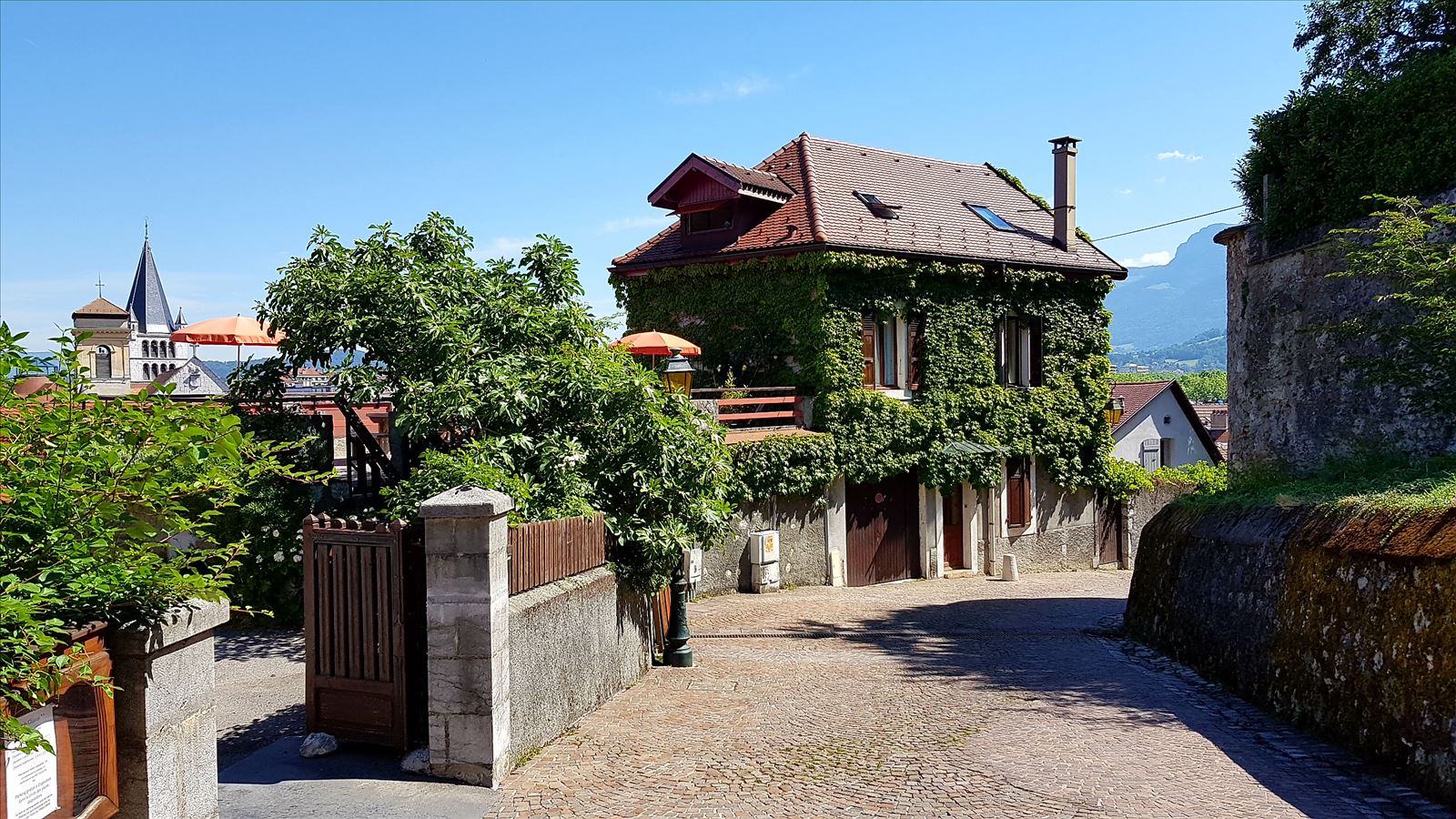 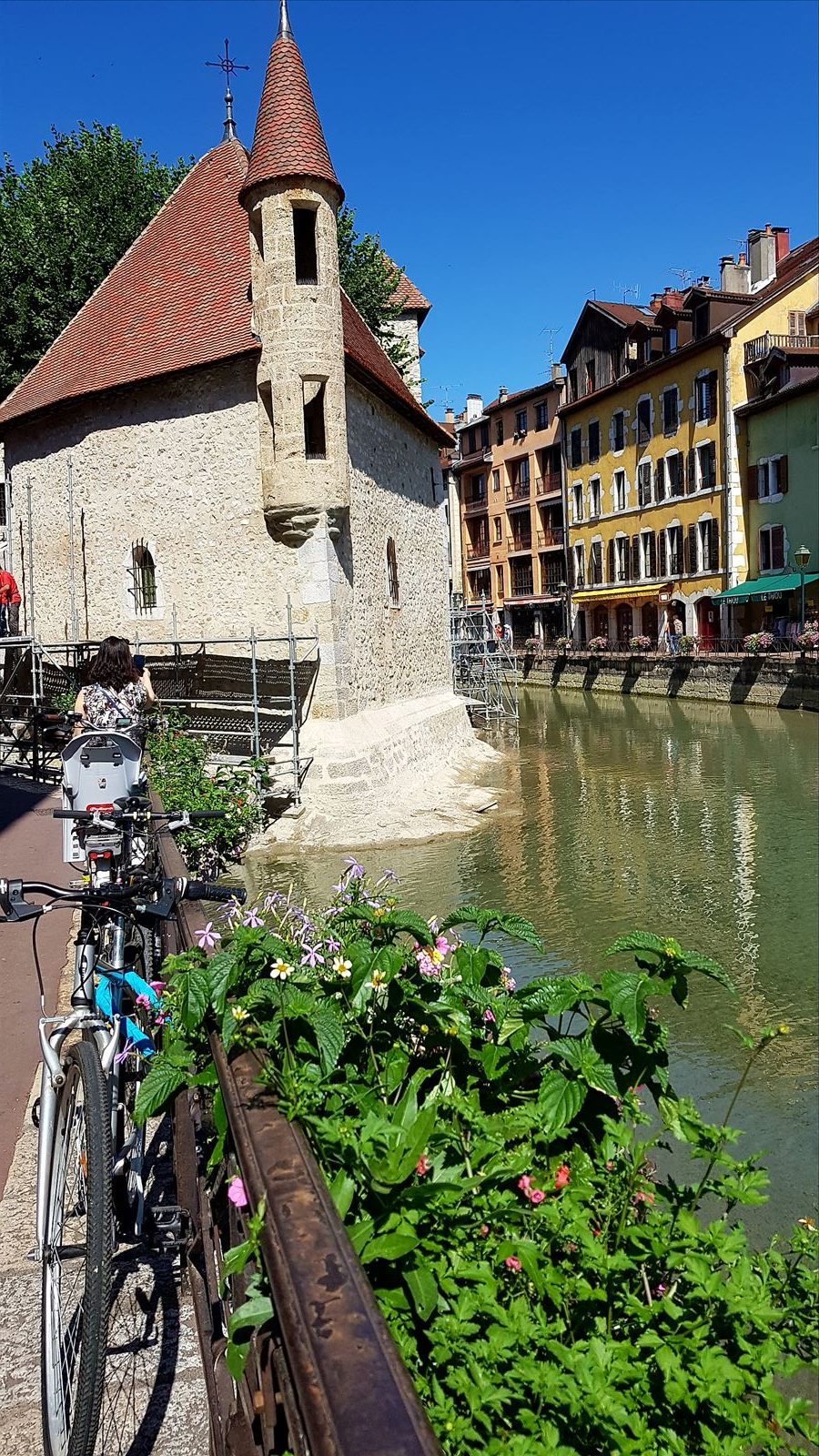 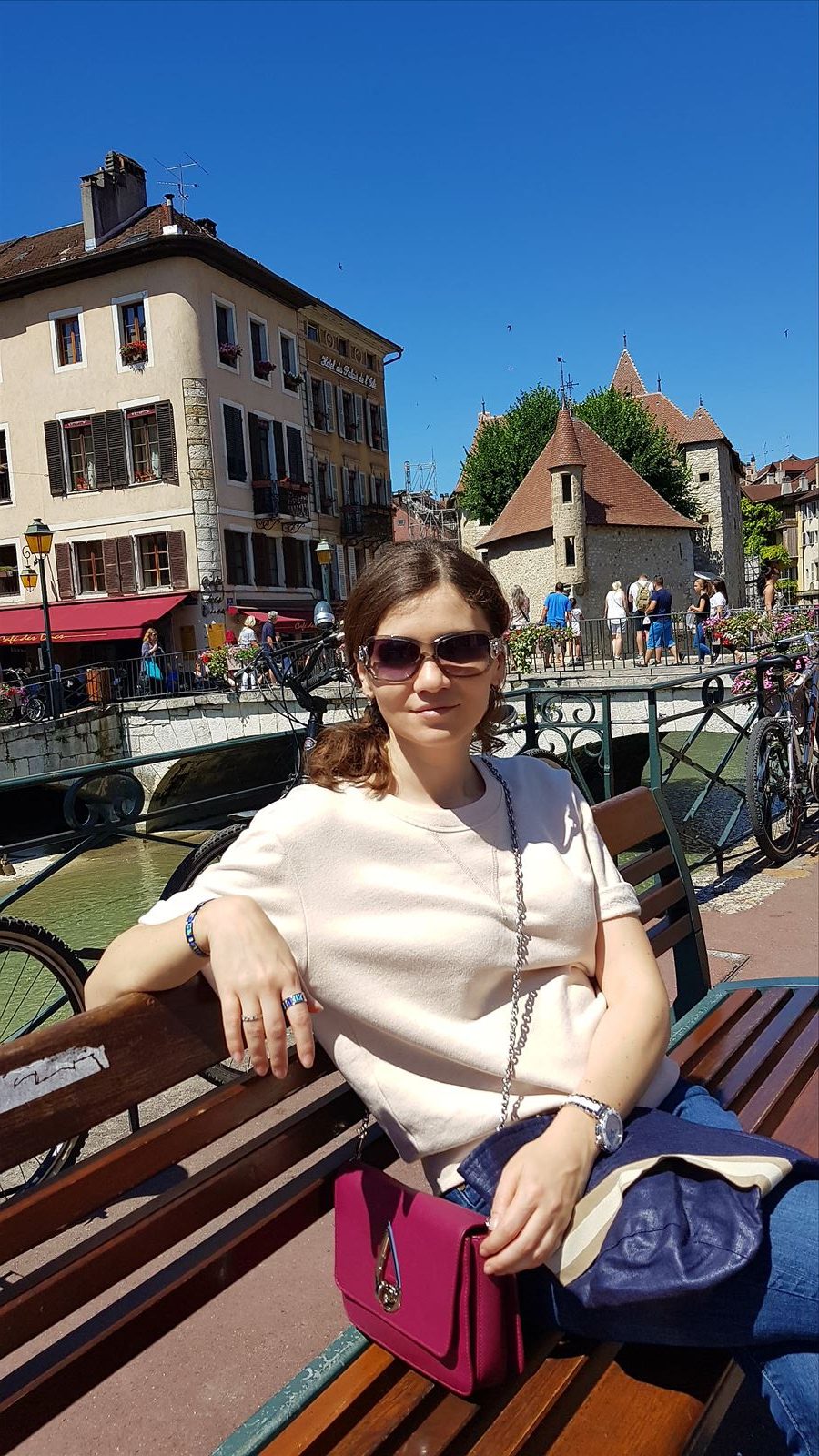 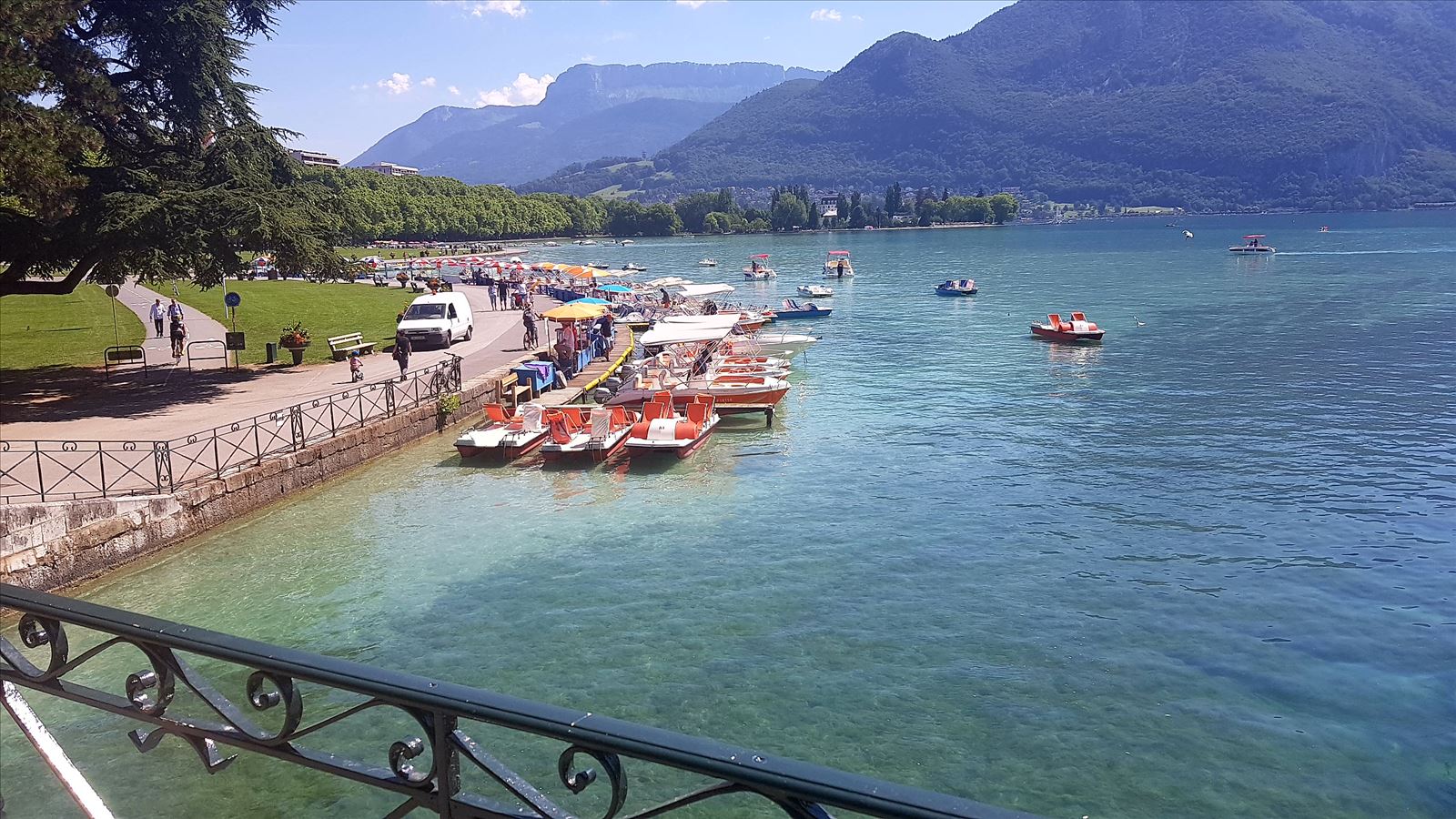 The next city in our itinerary was Chamonix, a ski resort, perfectly equipped for summer vacation. Located at the foot of Mont Blanc (the highest point of the Alps and Europe), the city has an extensive system of trails and cable cars operating in the summer. Special attention should be given to Hotel Mont Blanc, in which we were fortunate to stay on a budget under a special summer offer. Its main feature (in addition to the expected charms of this type of hotel) is the outside heated pool, where you can swim regardless of the weather, while watching Mont Blanc and the surrounding area. A number of lifts are located on one of the peaks, where you can dine overlooking the valley in which the city is located. 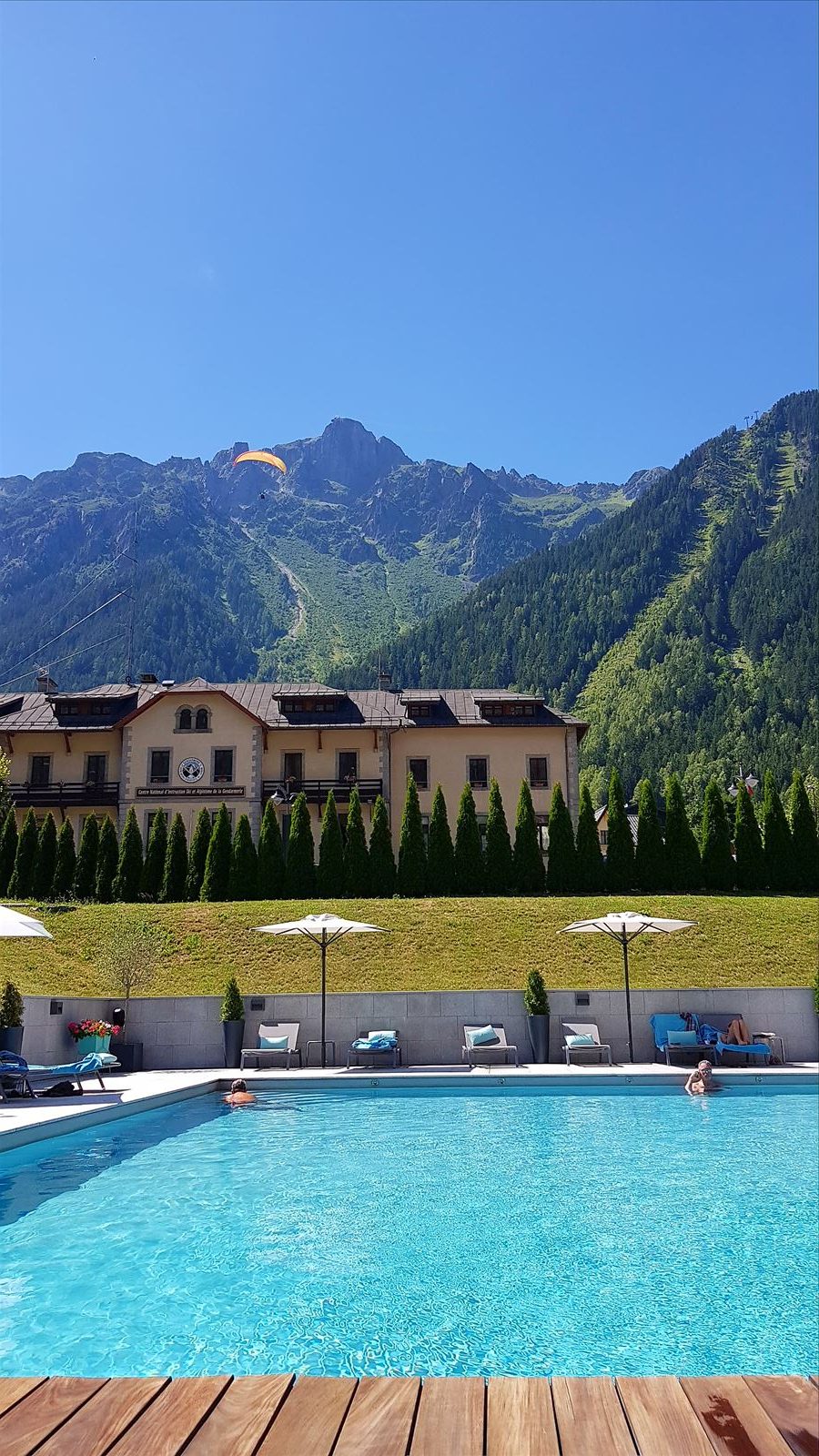 Entertainment for tourists is typical for the ski resort, apres-ski cafes and bars, restaurants, shops (mainly sports themed). We especially enjoyed the restaurant, which serves “raclette”- a dish of the French Alps with a special ritual of eating. Actually, raclette is a kind of soft cheese, which in the same dish is melted on fire, and poured on jacket potatoes with ham, pickles and other sides added. Michelin starred Atmosphere restaurant has also added to the flavor of this trip’s dining experience – it is always nice to get Haute cuisine for the same price as in tourist cafés. 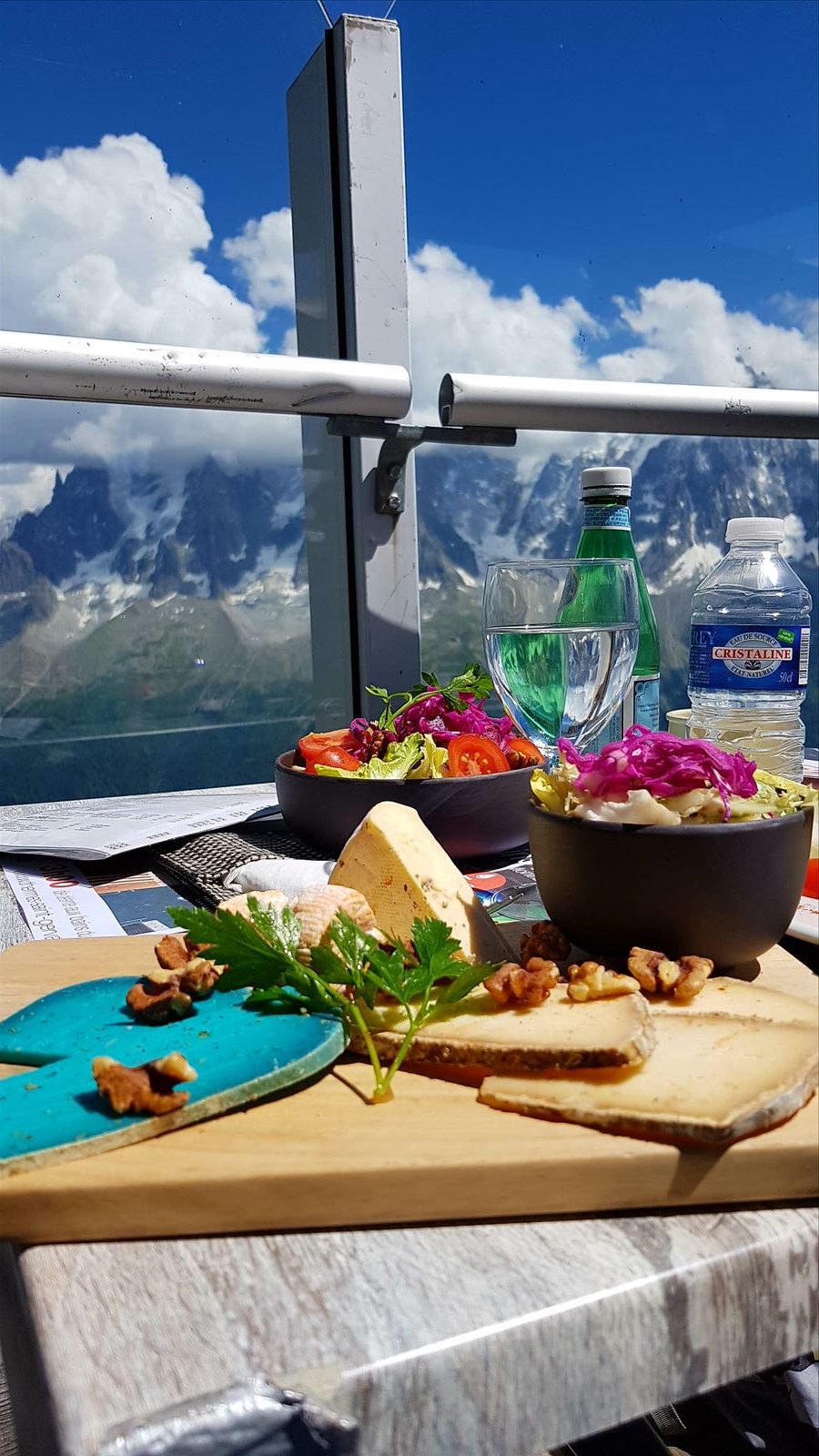 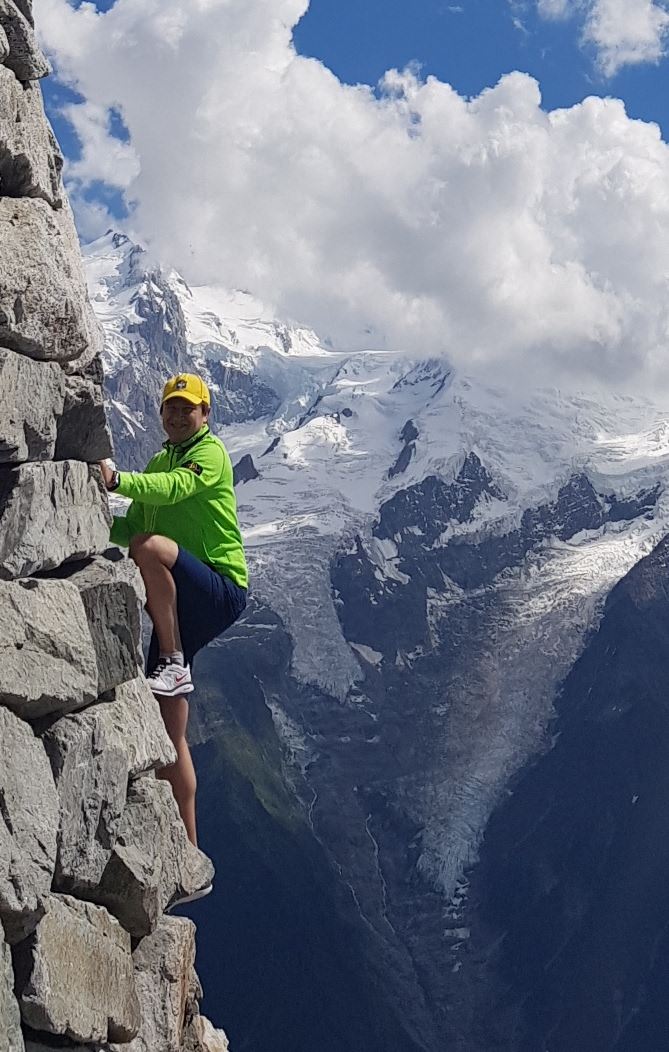 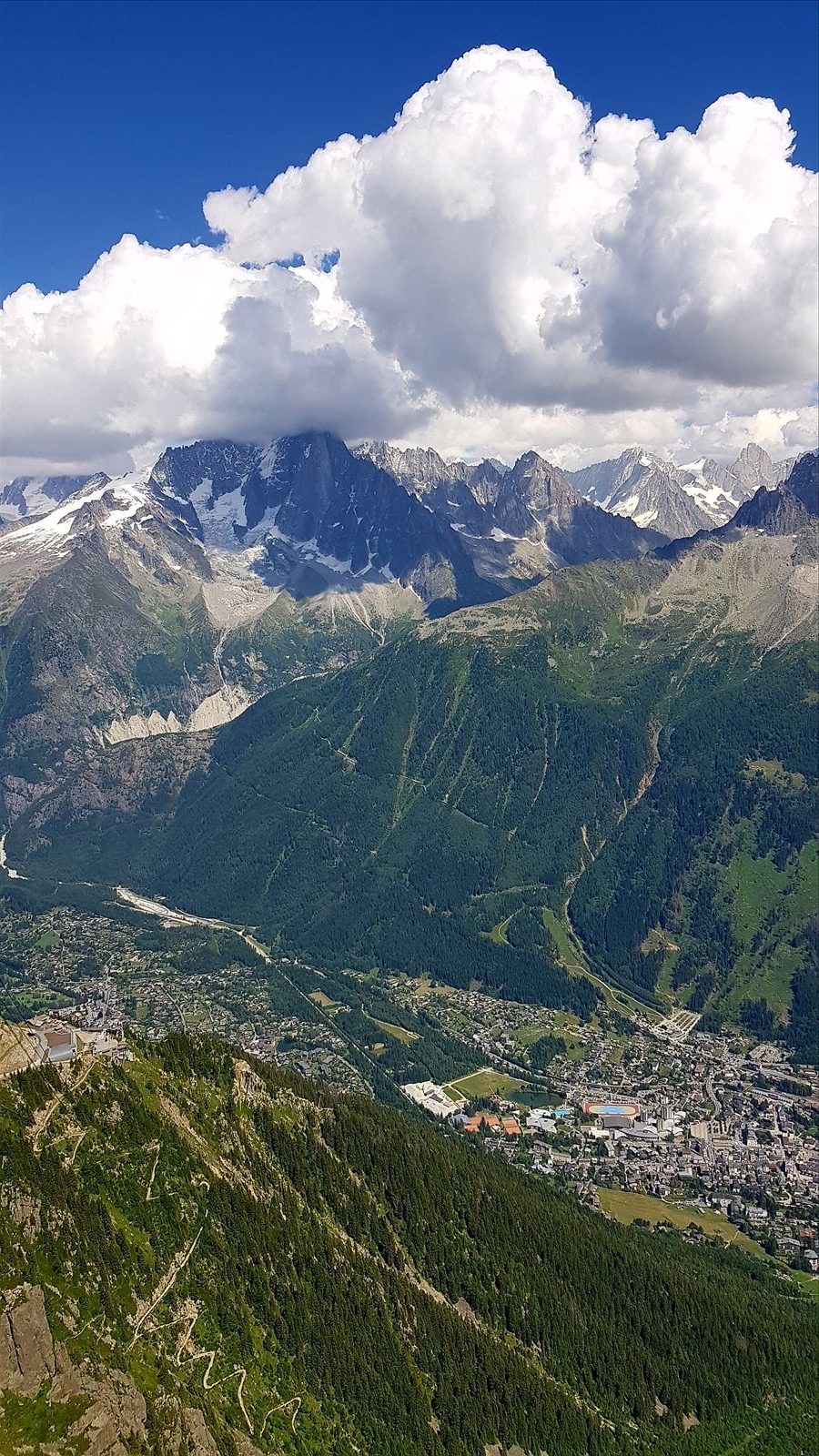 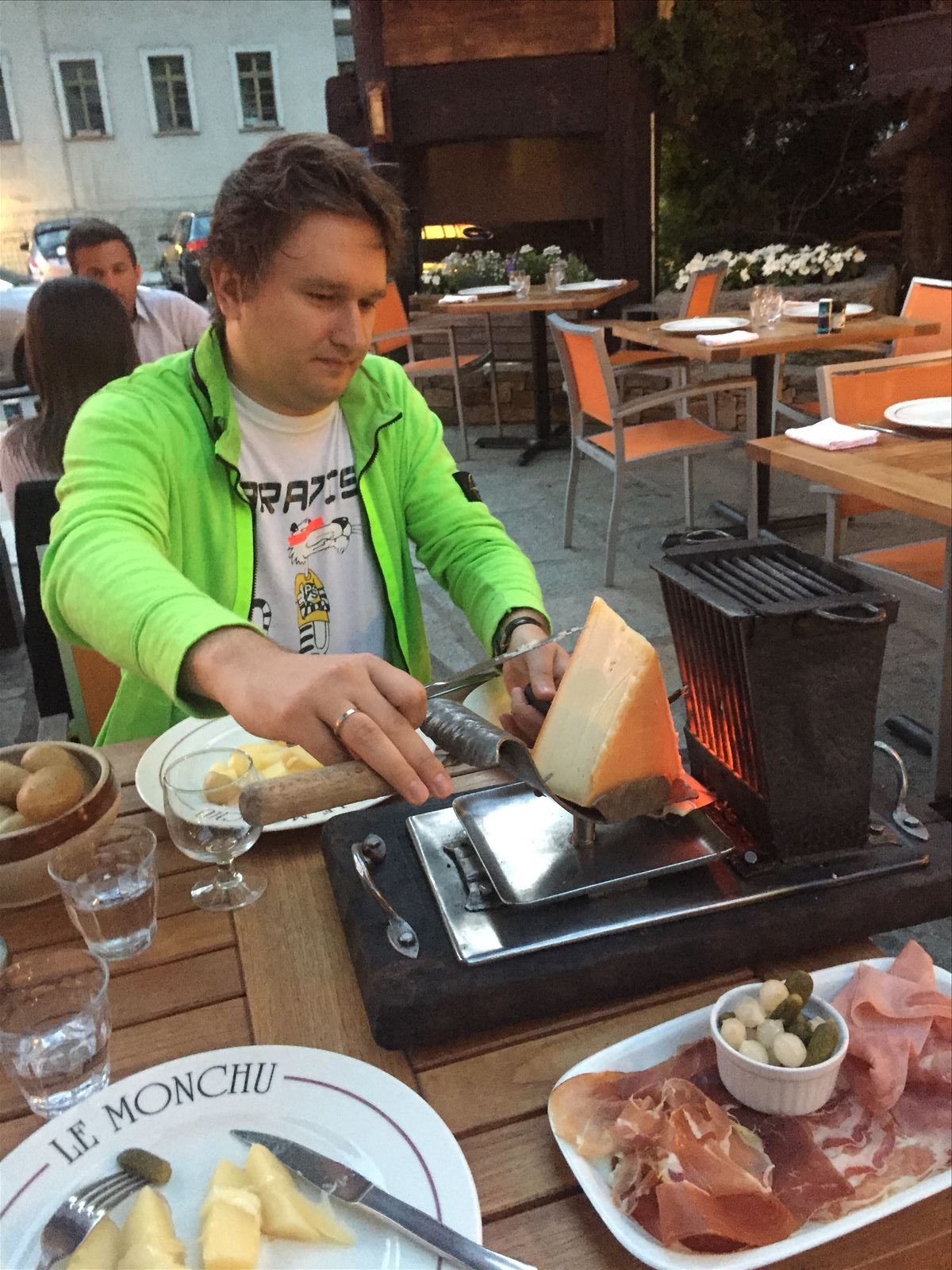 Next we went through the territory of Switzerland to Alsace – region in northeastern France to see the city of Colmar. This ancient city has absorbed the influence of different cultures in its appearance, and its well-preserved historical center deservedly attracts crowds of tourists. Various festivals (art, wine, etc.) are held in the city, but during the period of our visit we had to, so to speak, conduct an independent research of sights. 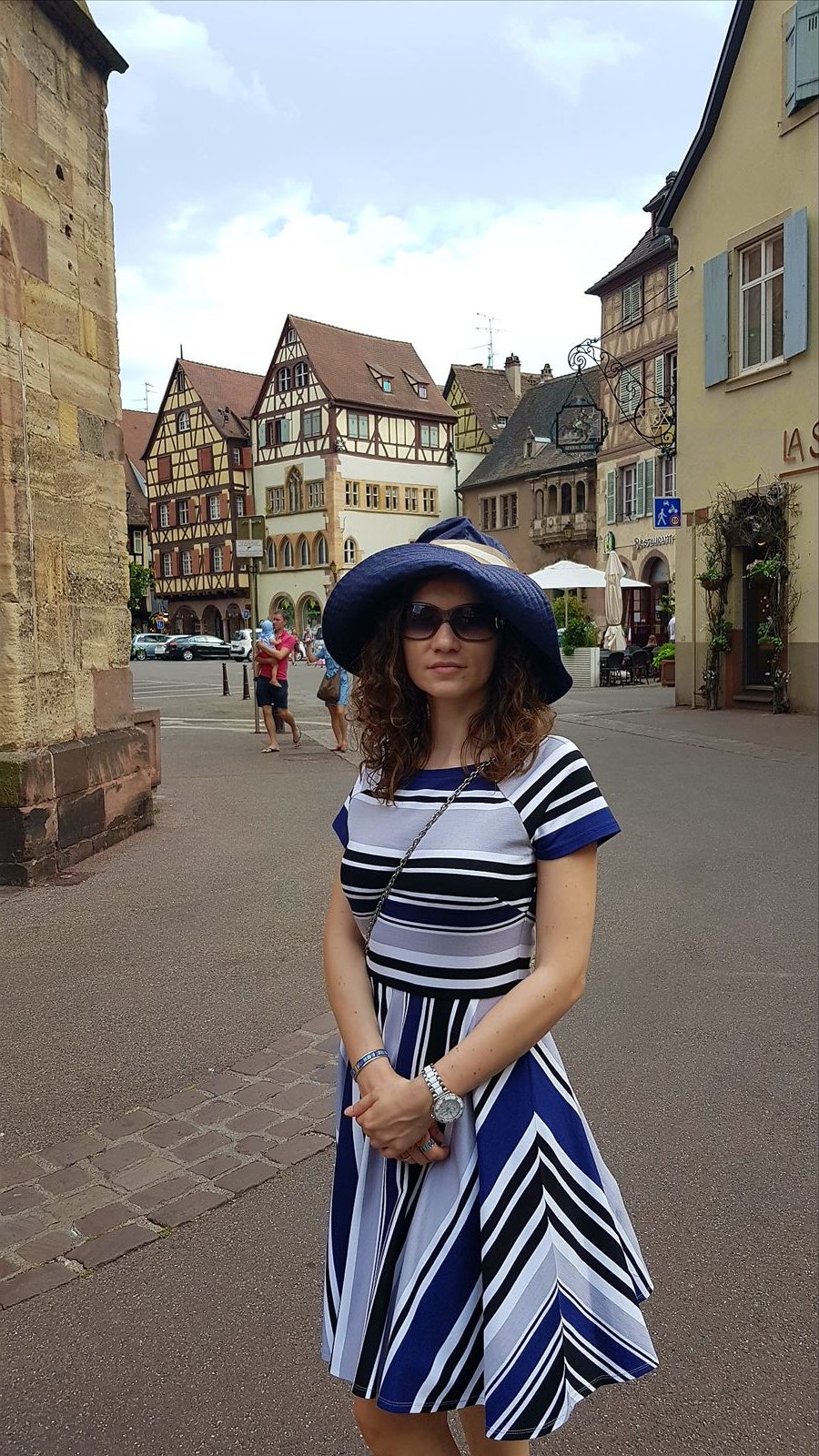 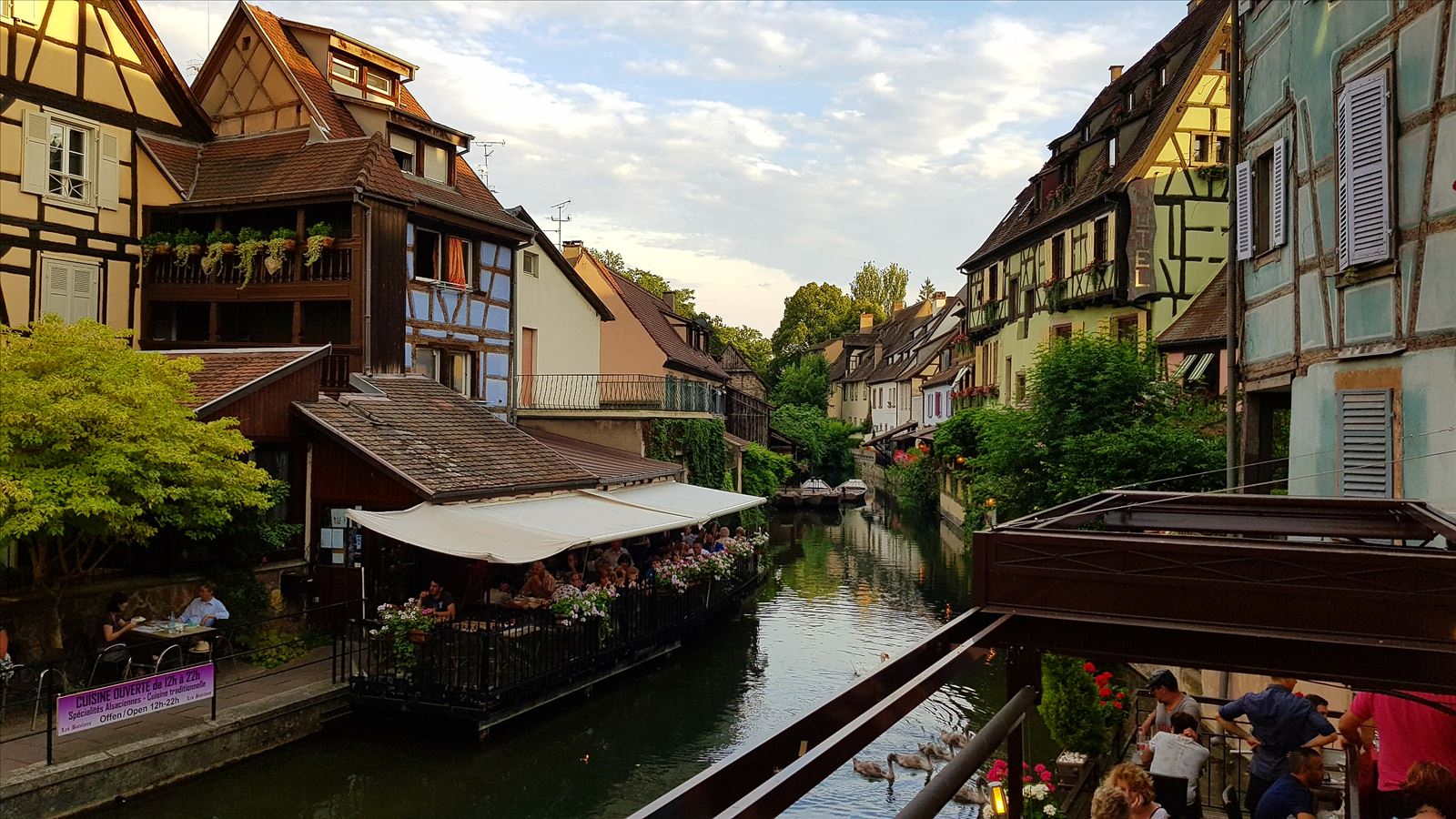 Since Alsace is a wine region, we started this work with tasting, and, I must say, we were satisfied. Amazing thing, but we were not able to book a decent restaurant for the same night – surprised restaurant staff on the phone told us that the next available dates would be in a week. In the end, our dinner was still a success-on the recommendation of the manager of our hotel, we headed to the outskirts of the city in a historic restaurant, decorated with in a circus style. We will remember Colmar for its impressively beautiful historical center, with channeled canals, a large number of tourists (mostly Europeans), and incredibly delicious food.

Advice: To choose a location for summer holidays in France you may visit 1001beach.com, the best beaches in the world on one website. 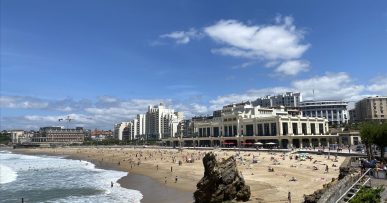