Having left French territory (making sure that the terms of the car rental allow it), we went to Bern. On the way there, we stopped in the area of Interlaken to visit the unusual attraction – riding on the railway track on the small wheeled trolley (a kind of a “summer Bob”). I was overwhelmed, I was scared to go fast on the highway, located on the edge of a precipice, and my husband managed to accelerate so much that he fell from the cart 🙂 Taking a walk through the mountain area was also impressive, so a small detour was worthwhile.

By the way, getting to the area, we set the shortest route on the navigator, and given the mountainous terrain, the shortest distance may require a very long path, because almost all the mountain roads were curvy. So, we were driving the car following the navigator, and it kept confidently leading us into a railway tunnel. Several times we slipped on the car track next to it, but the navigator turned us back to the tunnel, with a recommendation to “take the train”. We even checked the settings (maybe the pedestrian route was built, but no), and the map was opened on a separate device (the direction is correct), and did not know what to do, because the alternative road required a huge hook. And then we realized – actually, the shortest way is to use a car train to shorten the road through an underground tunnel inside the mountains, instead taking a winding road around. The feeling in the tunnel was strong – just a nightmare of a claustrophobic person. To entire the headlights do not drain the car batteries, everyone on the train turned them off in their cars, and there was no other lighting in the tunnel. And now we’re sitting in a dark car driven into a train so narrow that one can not open the door, and the train rushes with great speed in pitch darkness. What a horror! But then, after getting out, we remember it with a laughter (a nervous one, but still). 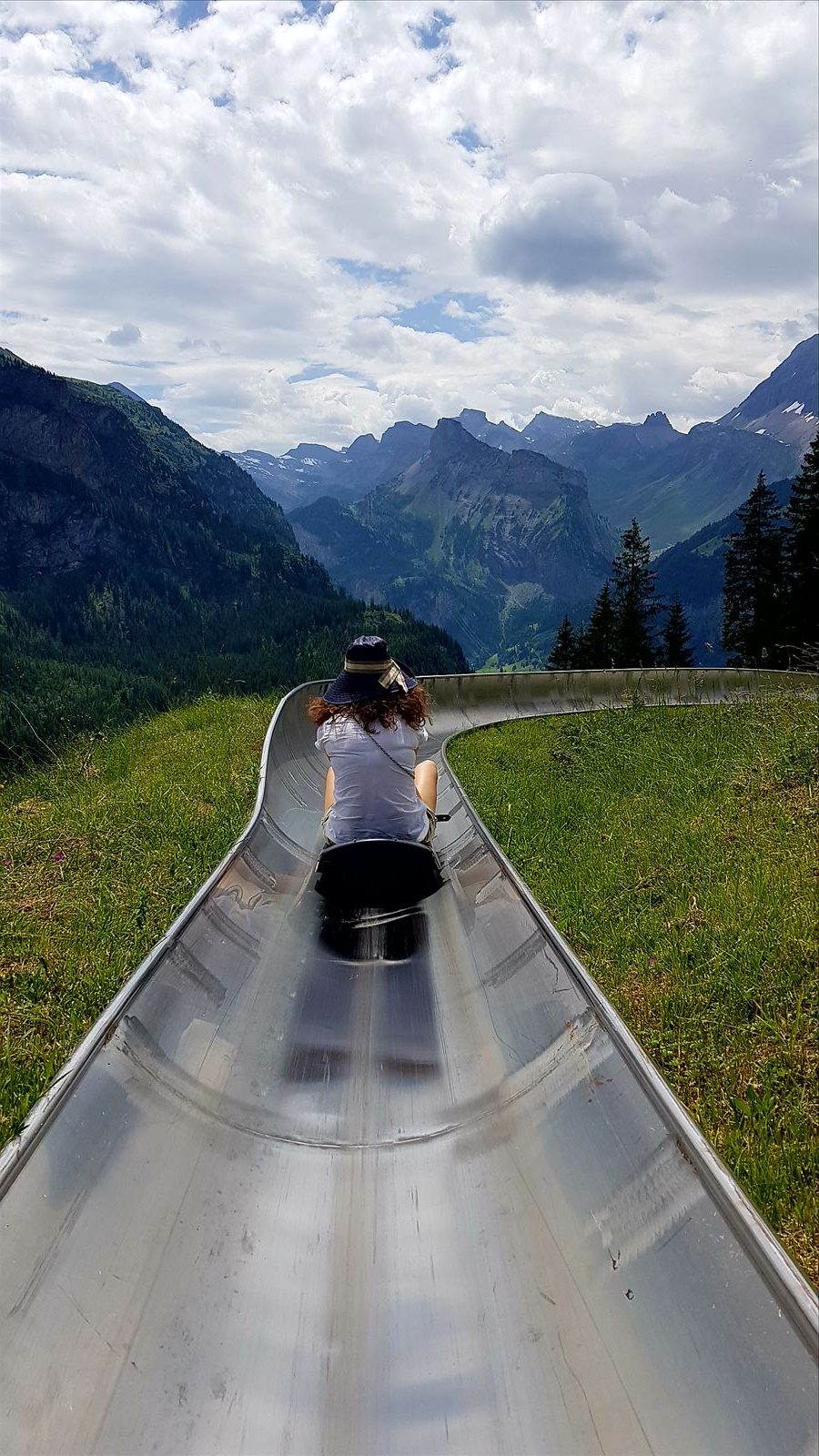 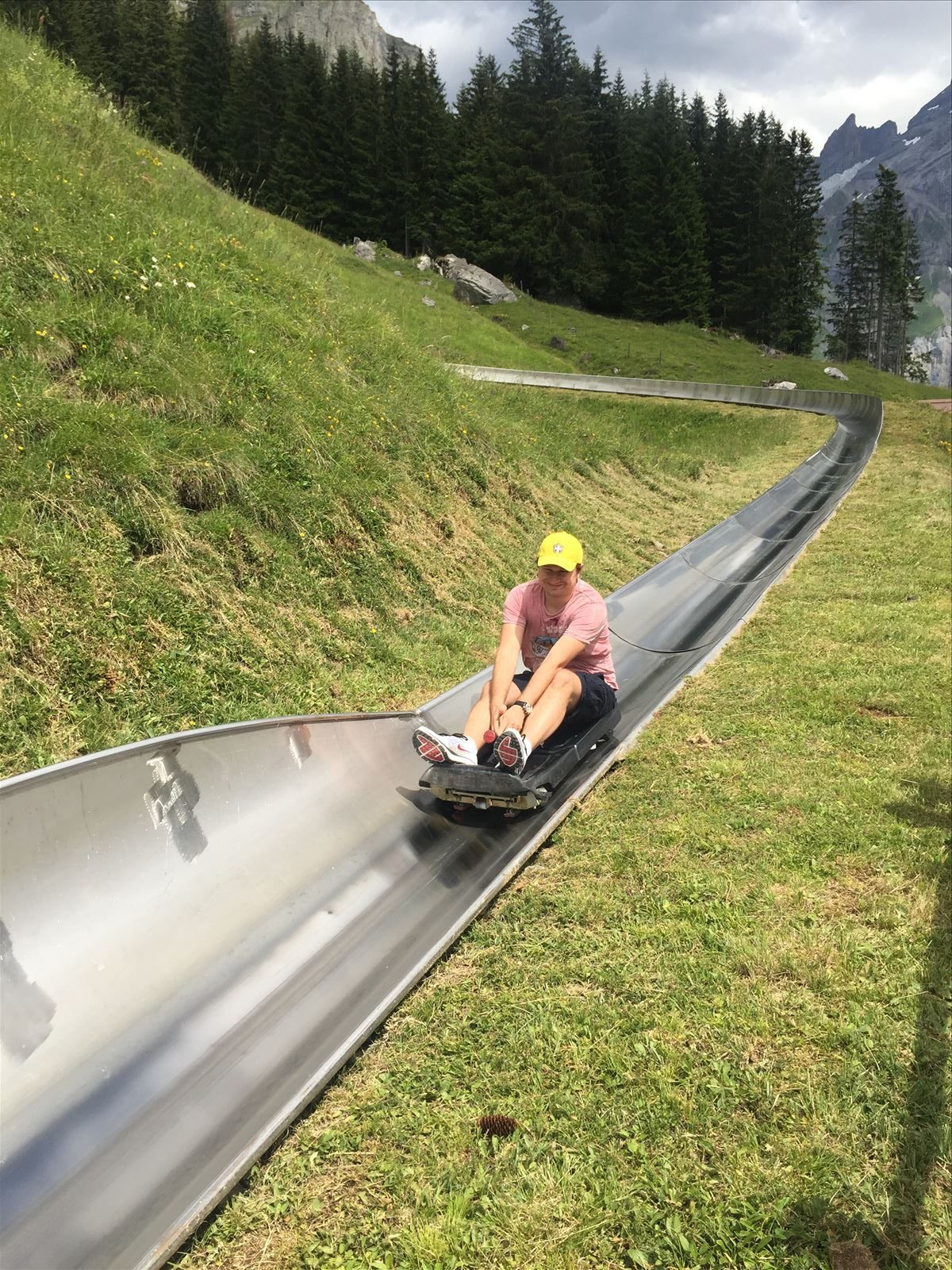 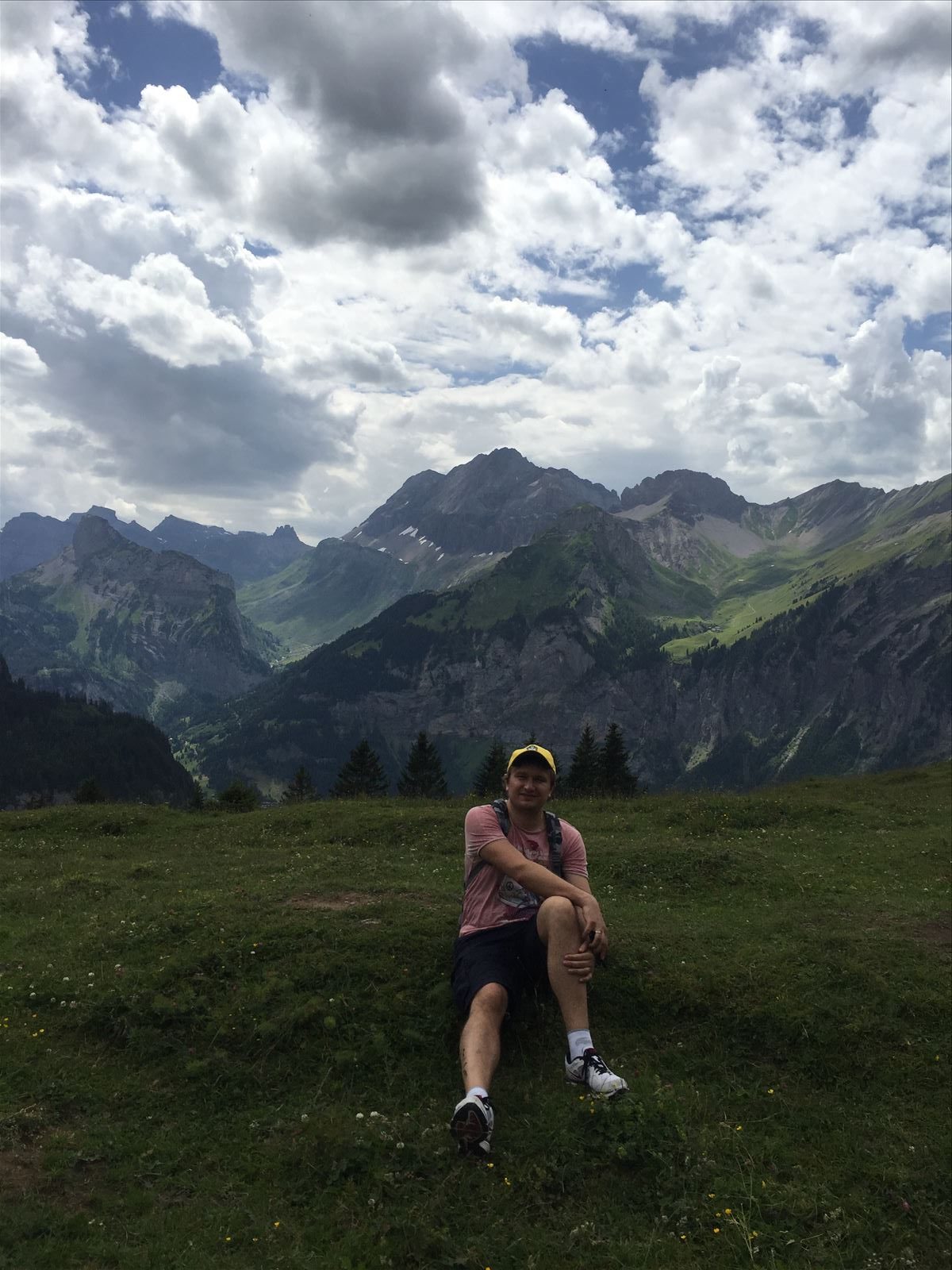 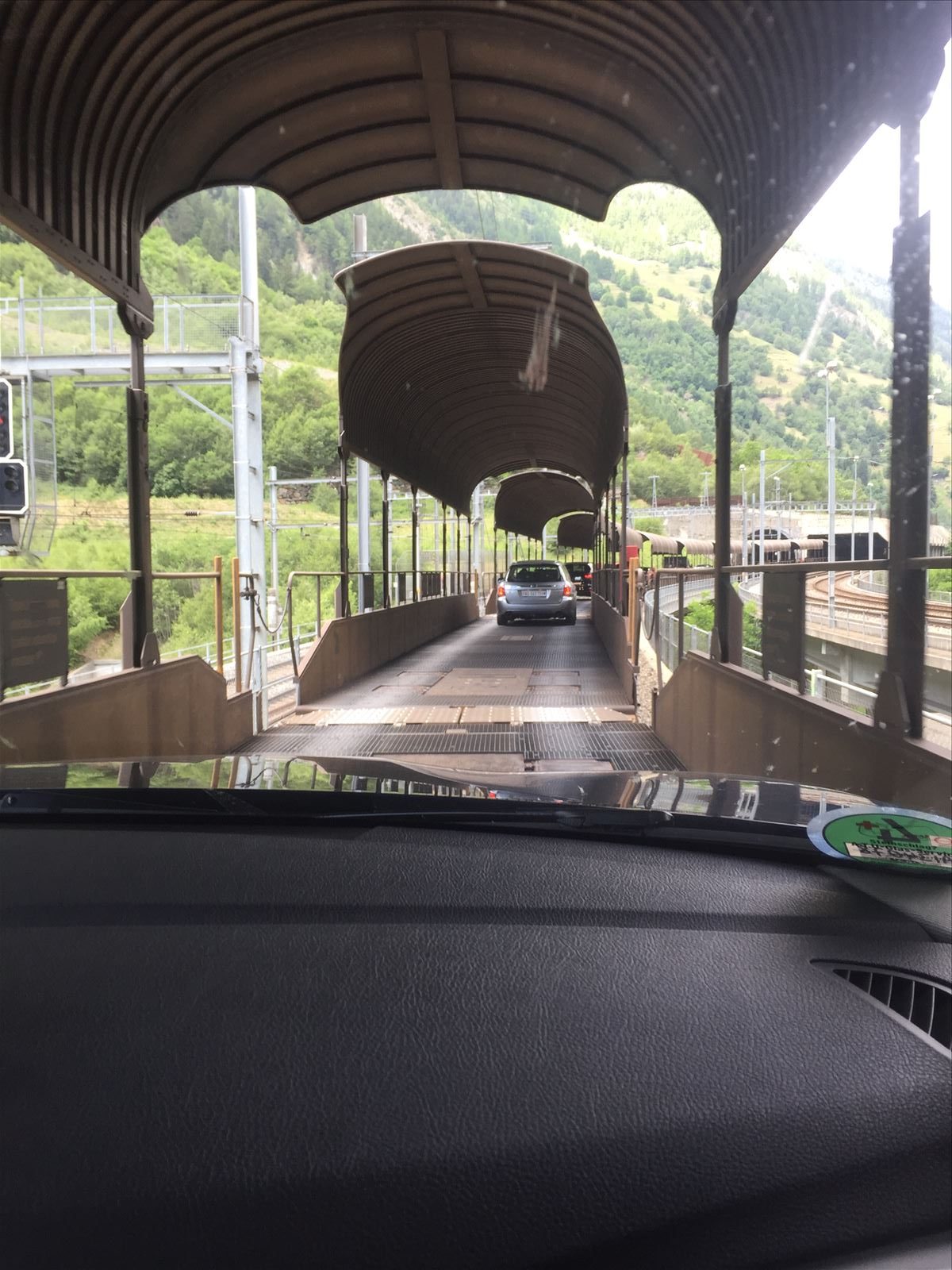 In Bern we caught the best weather for the whole trip – about 30 degrees centigrade. It’s amazing how we did not get to this city earlier, it turned out to be very pleasant. Few people remember, or draw attention to the fact that Bern, in view of the peculiarities of Switzerland’s state system, is in fact its capital (government, parliament and the central bank are located there). In addition to the usual for European cities attractions, there is a very nice place in Bern – a mini-reserve with bears, which are the symbols of the city (cuteness overload). We also witnessed a very amusing entertainment of the locals: people take off their outerwear right in the city on the banks of the river, put it in a waterproof bag, and jump into a rapid mountain river flowing through the city holding the bag. Such a water attraction. 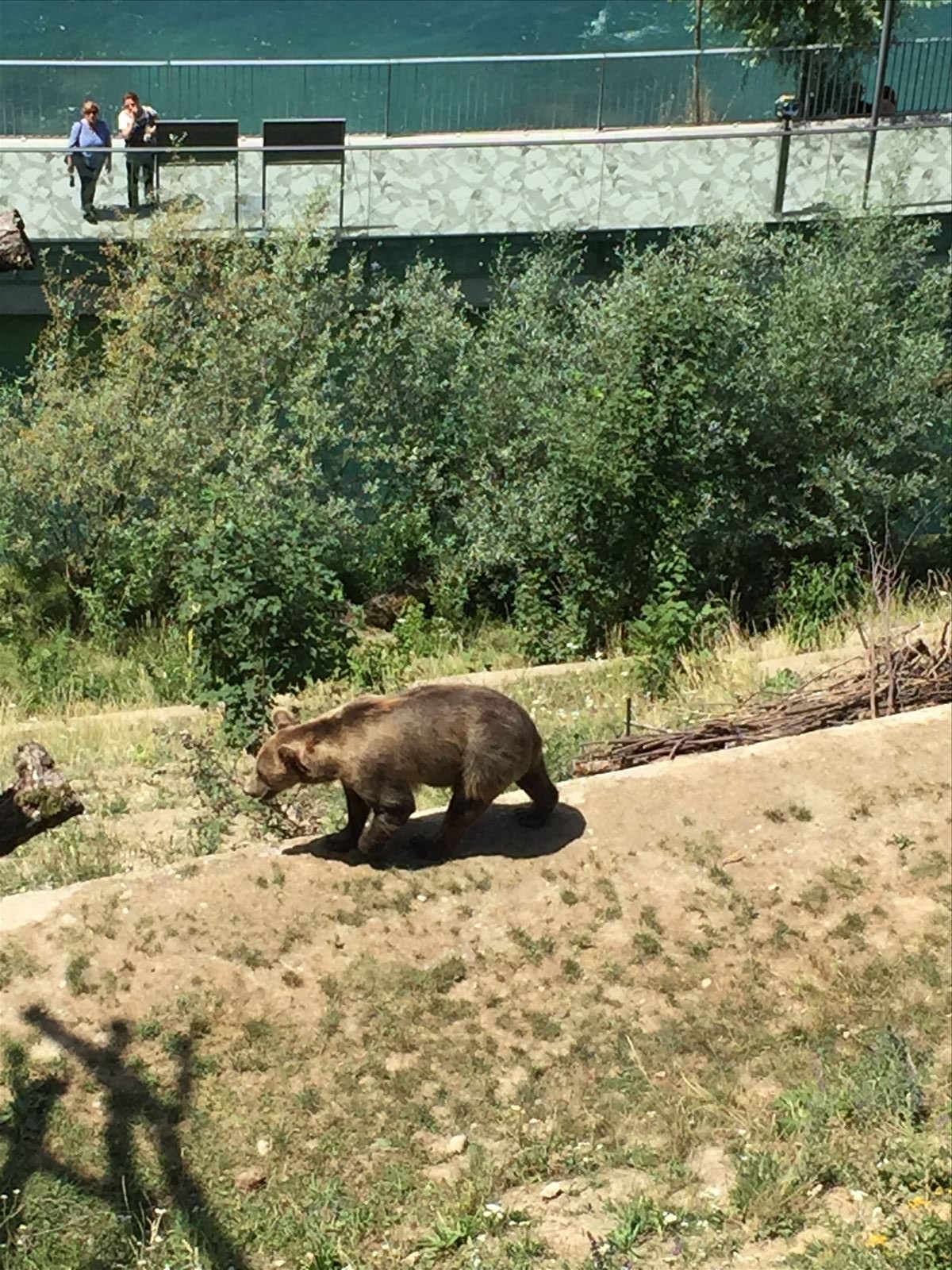 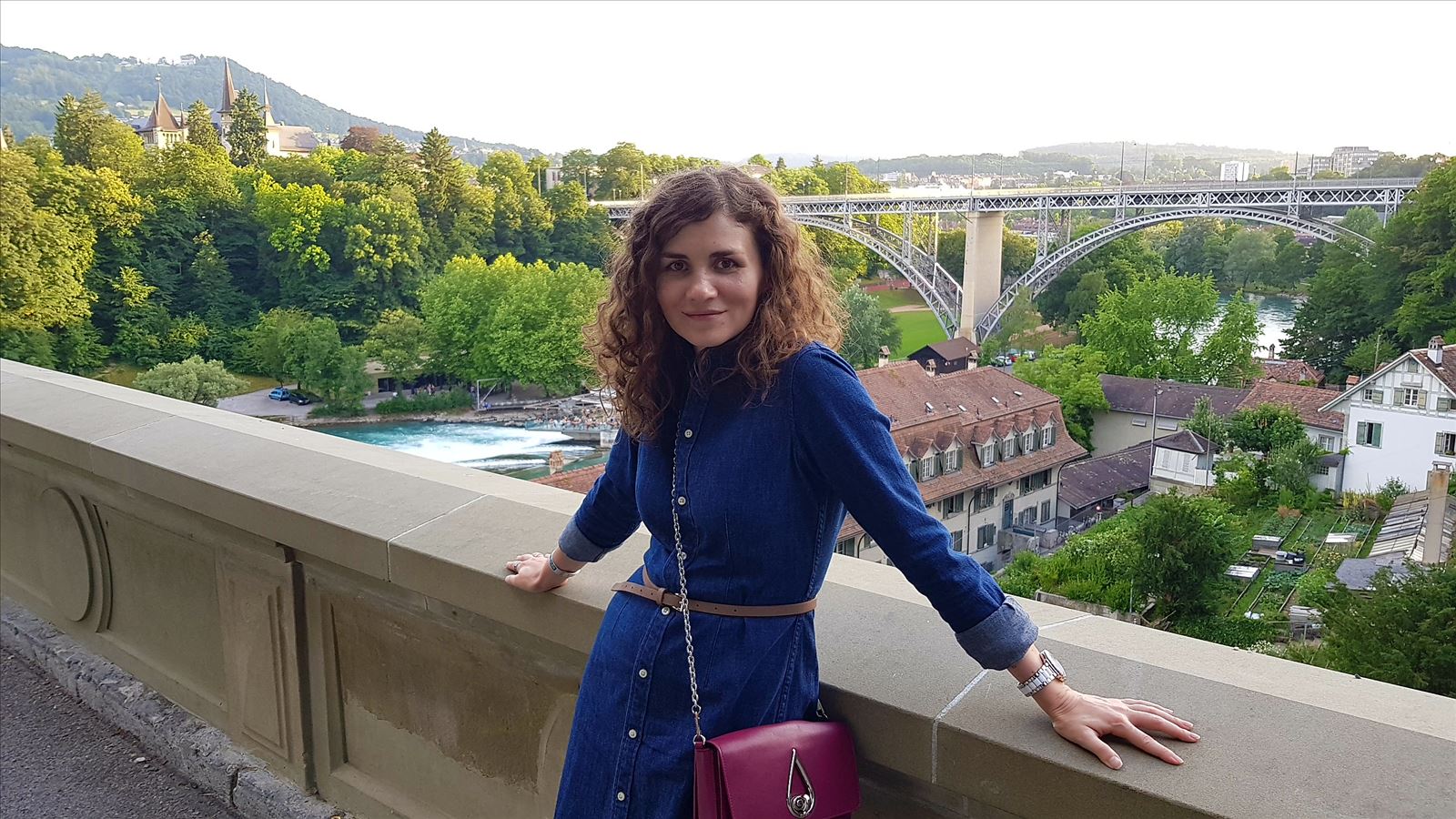 Then there was Lucerne. We have visited the city more than once, and now we know exactly what we are going for. For a unique feeling of a fairy tale, some other reality, in which you want to stay for a while. Of course, many other Swiss (and Austrian) cities have this special “order”, where everything is clean, neat, thoughtful, efficient and done with respect to the people. But Lucerne is added an element of romanticism with its walks around the lake, a wonderful pedestrian bridge, and the solemn beauty of the city center. 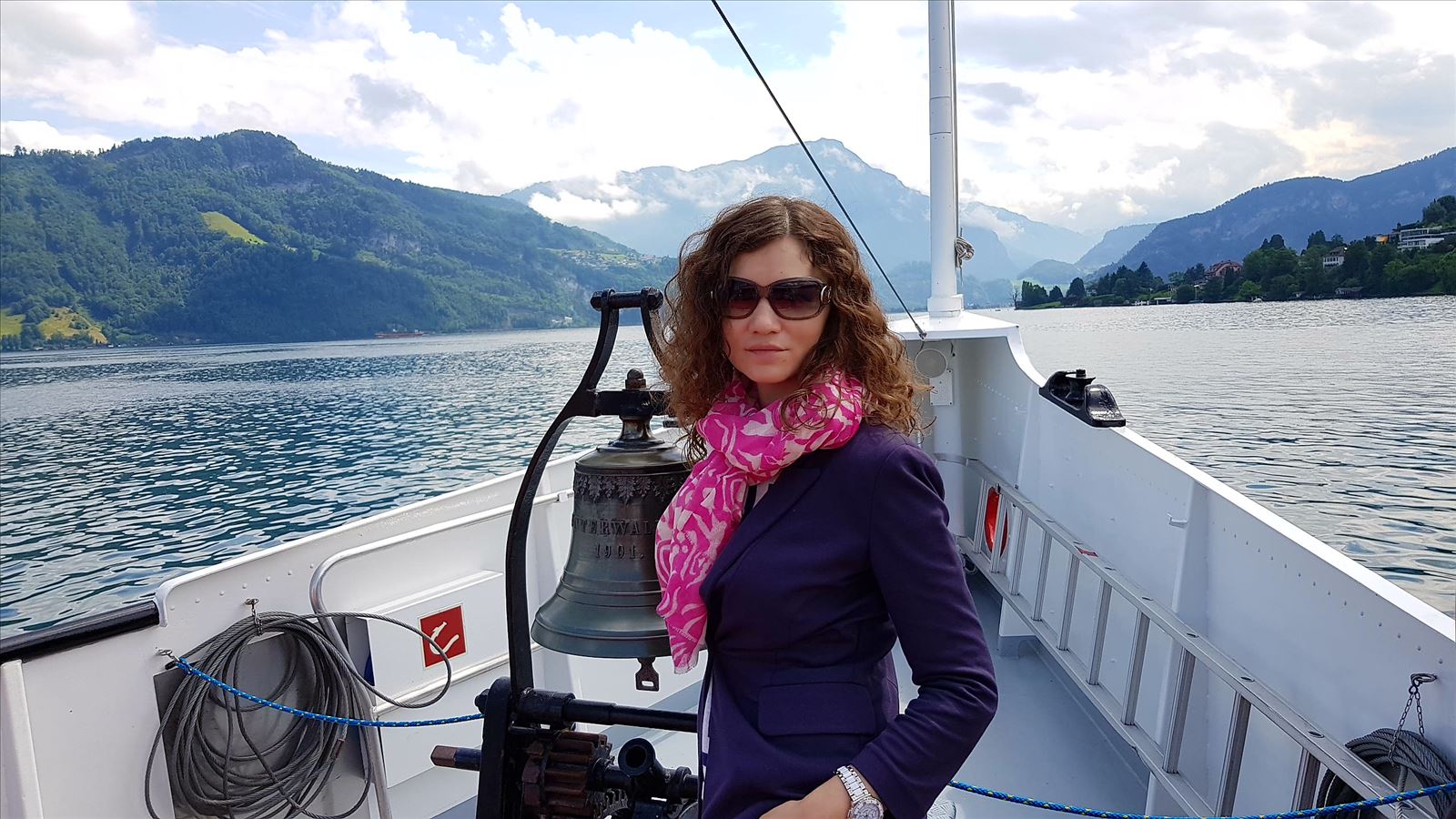 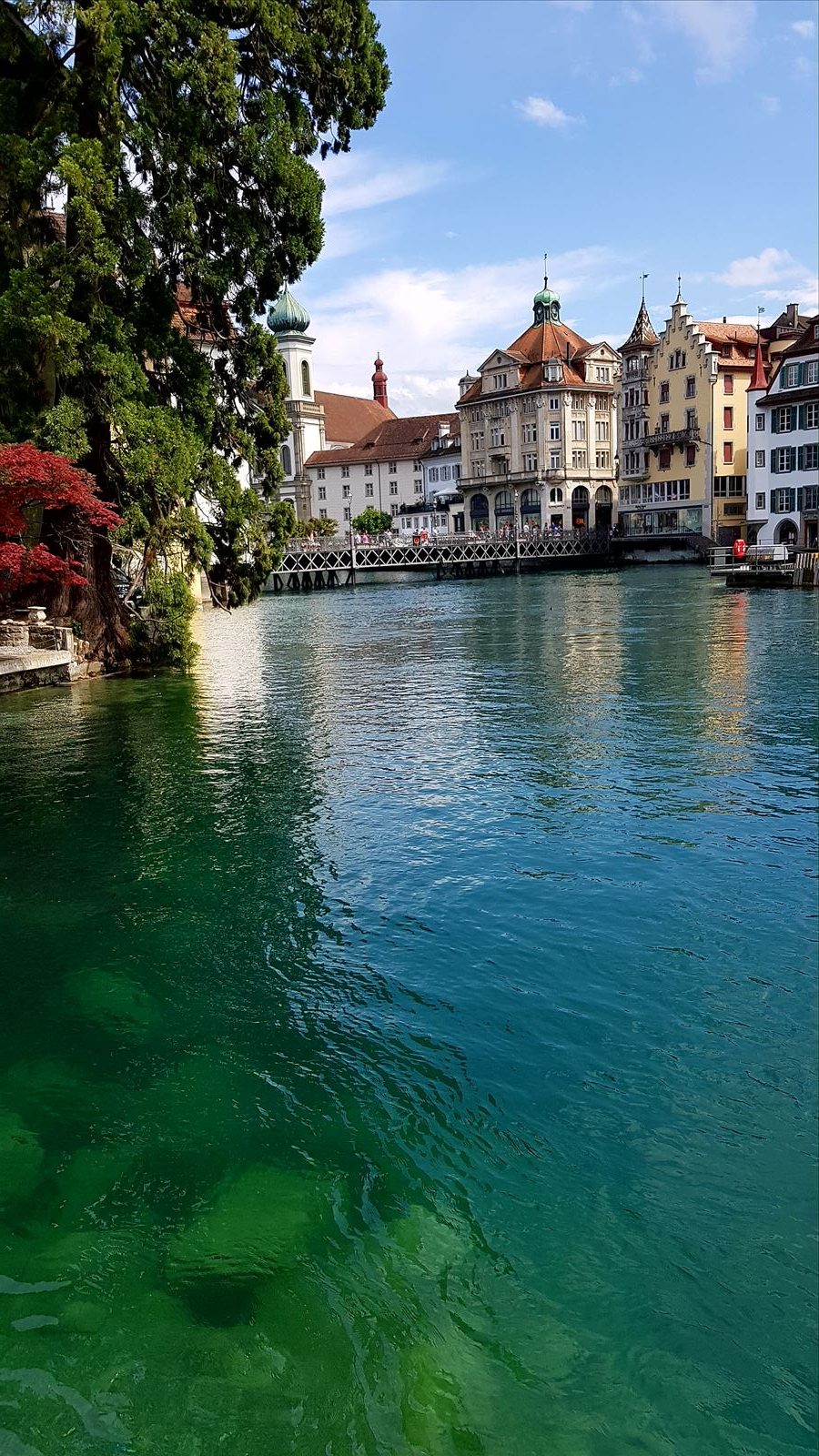 And, of course, Pilatus Mountain. According to a local legend, the spirit of Pontius Pilate (the same Bible character that haunted the unforgettable Master of “The Master and Margarita” novel) is settled on the top of the mountain. And I wonder how Mikhail Bulgakov, writing his breathtaking novel (and it was in the 30s of the 20th century), was aware of the local legends of Swiss citizens. After all, if you read carefully, you can conclude that the same “eternity”, which Bulgakov’s Pilate whiled in the company of a devoted dog, according to the description was very similar to the mount Pilatus in Lucerne. 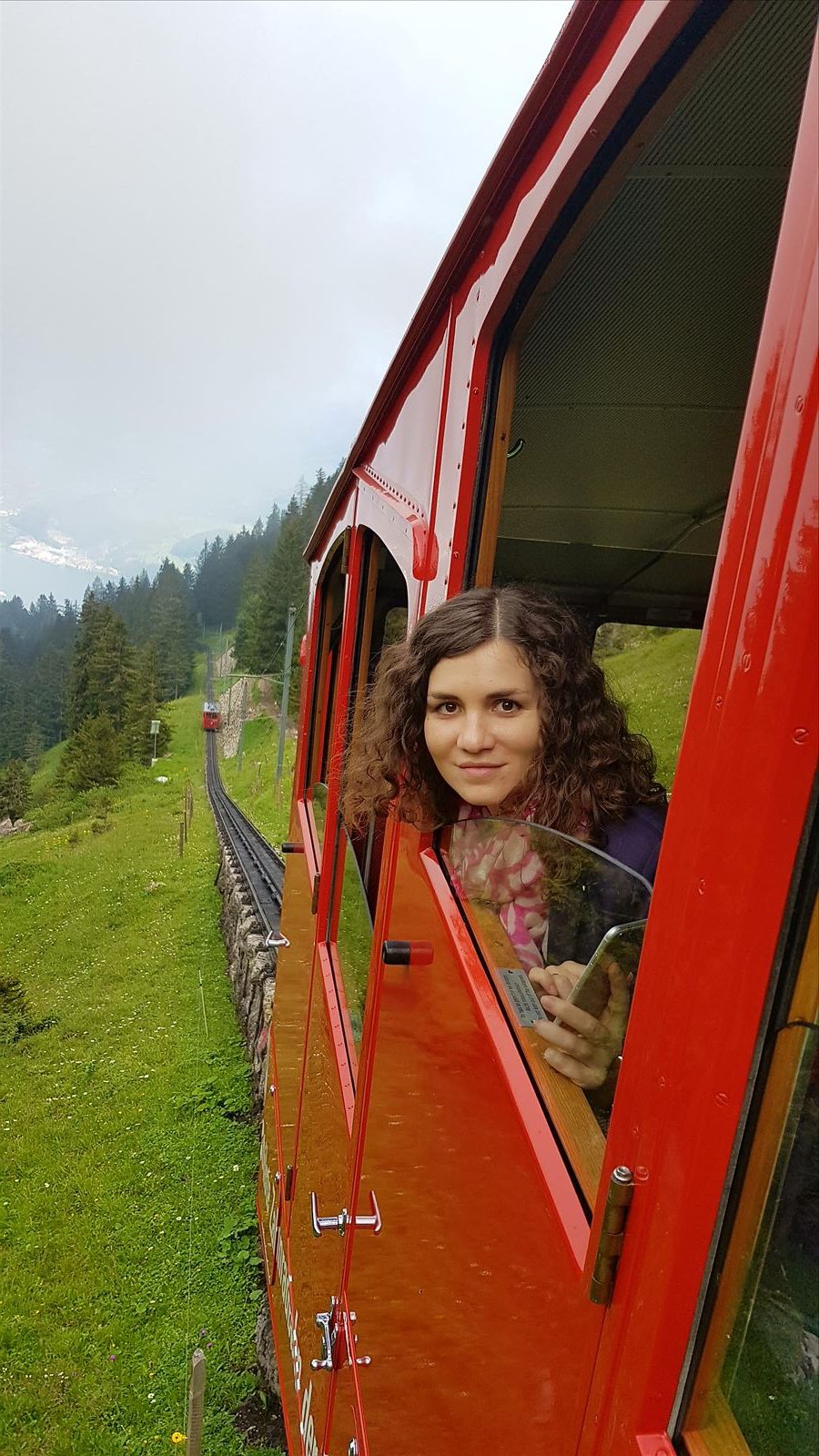 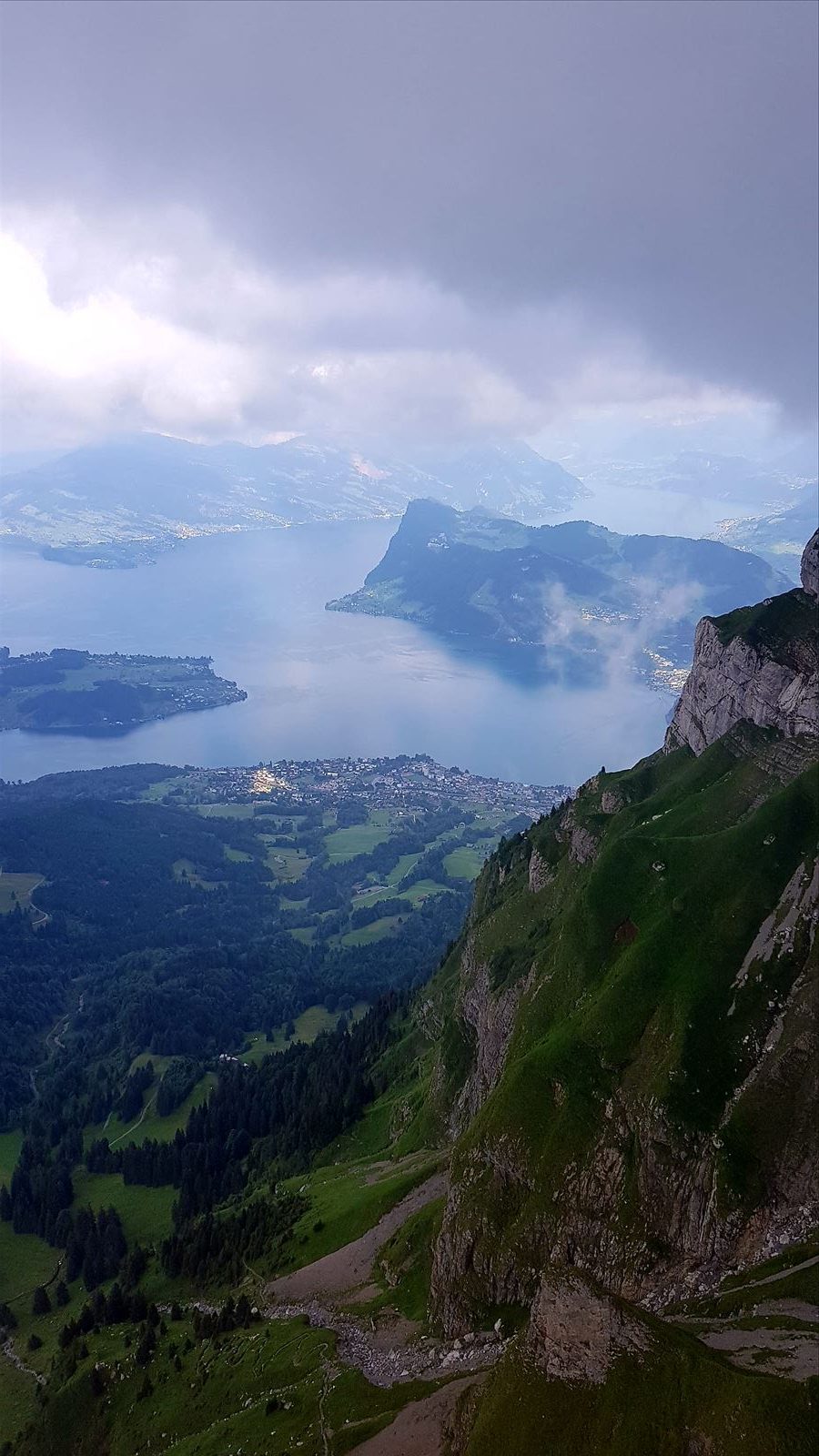 In this city there is also a park with historical excavations, and a fairly well-known monument to freezing Lion of Lucerne, and many other reasons to visit the city. We are definitely coming back here. And considering the average prices in Switzerland, hotels price comparison (made in advance) wouldn’t go amiss 😉

P.S. To explore a new city during your visit with a guide, for example, to book the excursions in Zurich, you may through excurzilla.com. 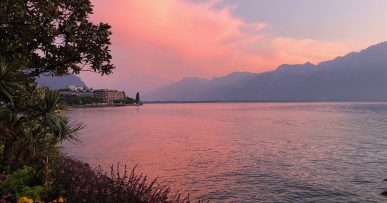