Once upon a time, we have established a tradition. When we travel to South East Asia, we make sure to make a stop in one of the big cities. This is how we visited Singapore, Hong Kong and Kuala Lumpur. Usually, Russians do not need a visa for a short stay (2-3 days), and direct flights from Moscow to tropical Islands are only available to a limited number of directions. Therefore, if we wish to choose a vacation spot independently without any unreasonable restriction, it makes sense to fly to one of such big cities, spend 2-3 days there, and then take a local low-cost airline flight to a tropical island. Purchasing the flight tickets to your preferred destination and booking the hotel stays independently has never been easier. You can use this website Hotelhunter that combines the best offers from multiple booking engines This time our goal was the Northern Mariana Islands, and we decided to fly through Seoul, the capital of South Korea. We must admit, that Seoul did not impress us as much, as, for example, did Singapore. Not only because there were constant street demonstrations at the time of our stay (the people opposed the actions of the government), but the city itself turned out to be a little too… simple for an Asian metropolis. It does not even compare with Singapore. Yes, Seoul has skyscrapers, lots of entertainment for tourists and huge shopping malls stuffed with luxury goods (we still couldn’t figure out who buys all that).

Perhaps the most vivid impression of Seoul was the food. We were especially happy with the visit to a cafe on one of the central streets, where every visitor had a personal gas stove on the table to fry own meal. We must say, this was very entertaining, especially as all the ingredients were written in Korean, and the waitress barely spoke any English. Apparently, a part of the charm is when you “brew a potion” of unknown ingredients, and then eat the “potion” at your own risk. 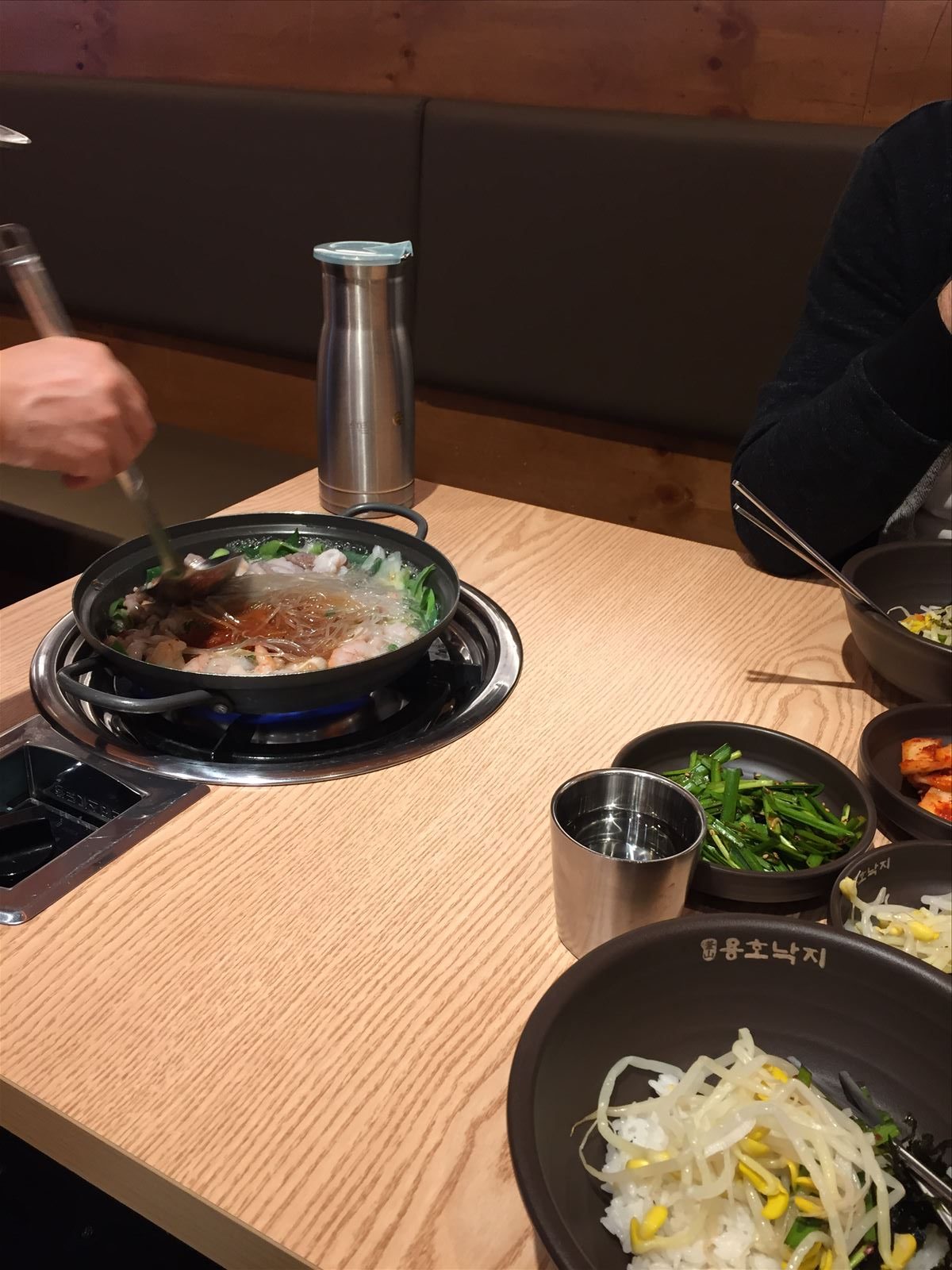 Actually, there are hardly any English translations is Seoul, once you are off the main streets or out of the major shopping malls (most of which are by Lotte, a local super-corporation). For example, returning from a local amusement park (there are many of them) on a taxi back to the city centre was a real problem – the taxi driver spoke no English, and he drove us against the directions of his own navigator, constantly skipping turns to our hotel. In the end, we spent almost 2 hours in his car, and the bill was huge. Once we started to argue about the bill, the taxi driver suddenly started speaking English… Well, we thought it was better to arrange for a car rental there even considering the local “specificities” in driving.

We also enjoyed Crabber restaurant–its entire street window was a mosaic of huge aquariums, filled with live crabs and lobsters, which you can order and eat, by choosing the way of cooking and garnish. Only if you speak Korean. When ordering, we had to use Google Translate, and risk to eat something awkward (like a jellyfish). But it was just fine. But now I know what a like REAL crab stick looks like 🙂

One of the unusual things we remembered was widespread use of “smart toilets” in hotels and other public places. One comes with a remote control, and the meaning of some of the buttons still causes some curiosity mixed with fear. The first day I arrived to the hotel, I could not find a simple flush button, let alone the desire to experiment with additional options. 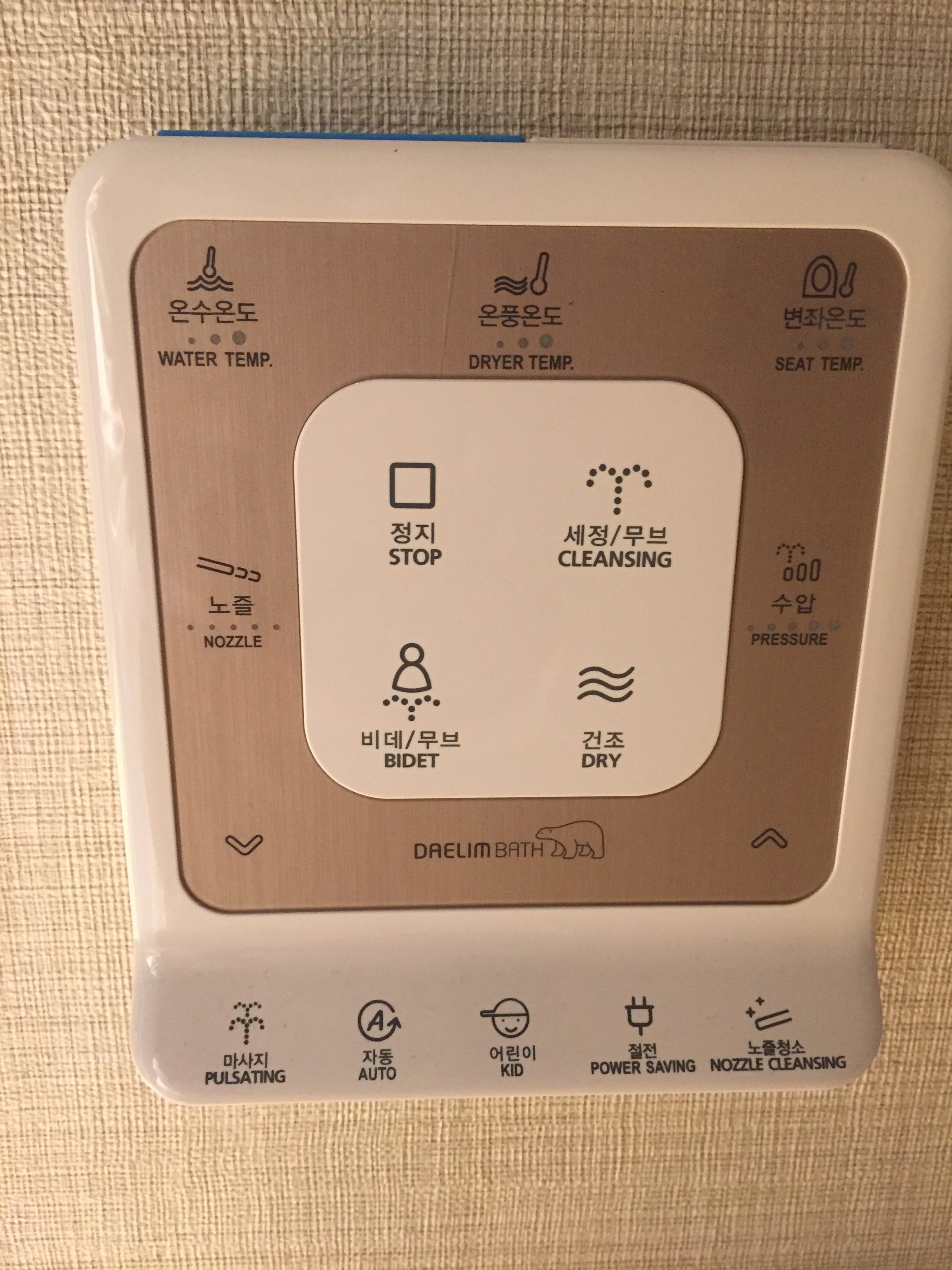 In general, Seoul is a city attractive for tourists, but not that outstanding compared to other cities of this region. But there was one “but”. To keep the politically correct tone of the narrative, I will start from afar. I once came across an article about the research of Western scholars concerning the causes of the behavioral characteristics of tourists from the region (Chinese, Koreans…), that were highly surprising for the Europeans. It was about the desire to create a crowd, a queue, a bunch, a group in any place where there was more than one person (and if there are a lot of people, the group will be even closer, and it would be hard to break out of it for someone who does not share such aspirations). So, the scientists timidly suggested that it all started from in the old ways of farming: in Asia, the cultivation of rice required a close-knit group working, while in Europe there was an endless field of grain and a lone farmer with a plow. So, this is a kind of “genetic memory”. So, details aside, based on our impression from Seoul and Koreans, it seems that they were especially zealous in growing rice in the past. 😃 As soon as you lose attention in a public place, you will find yourself surrounded by a bunch of Koreans or Chinese, while other tourists have not been seen doing that. We had to experience such a local feature, not only Seoul, but also (what is unexpected), on the Mariana Islands. As it turned out, there was a countless number of Koreans there. 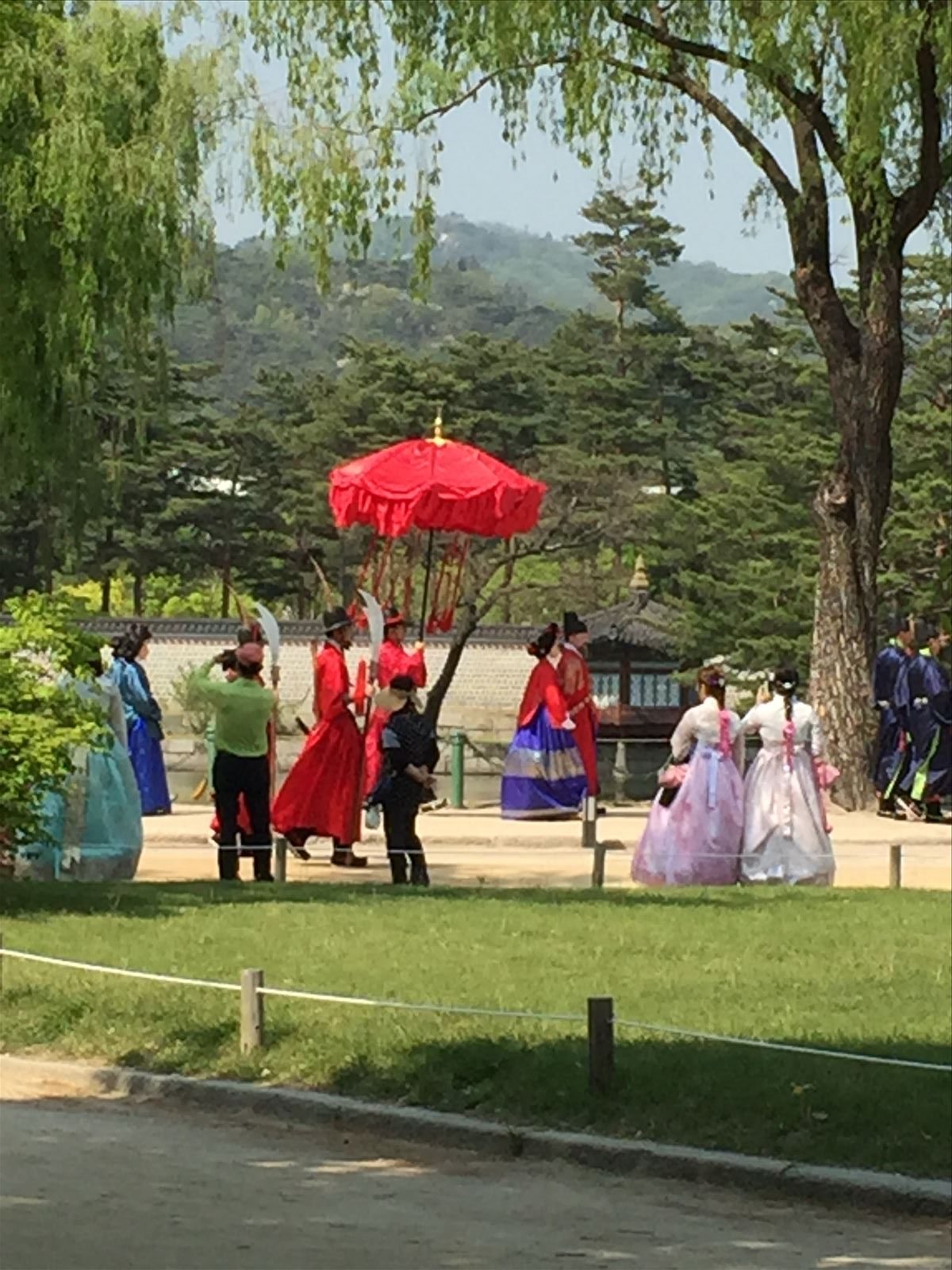 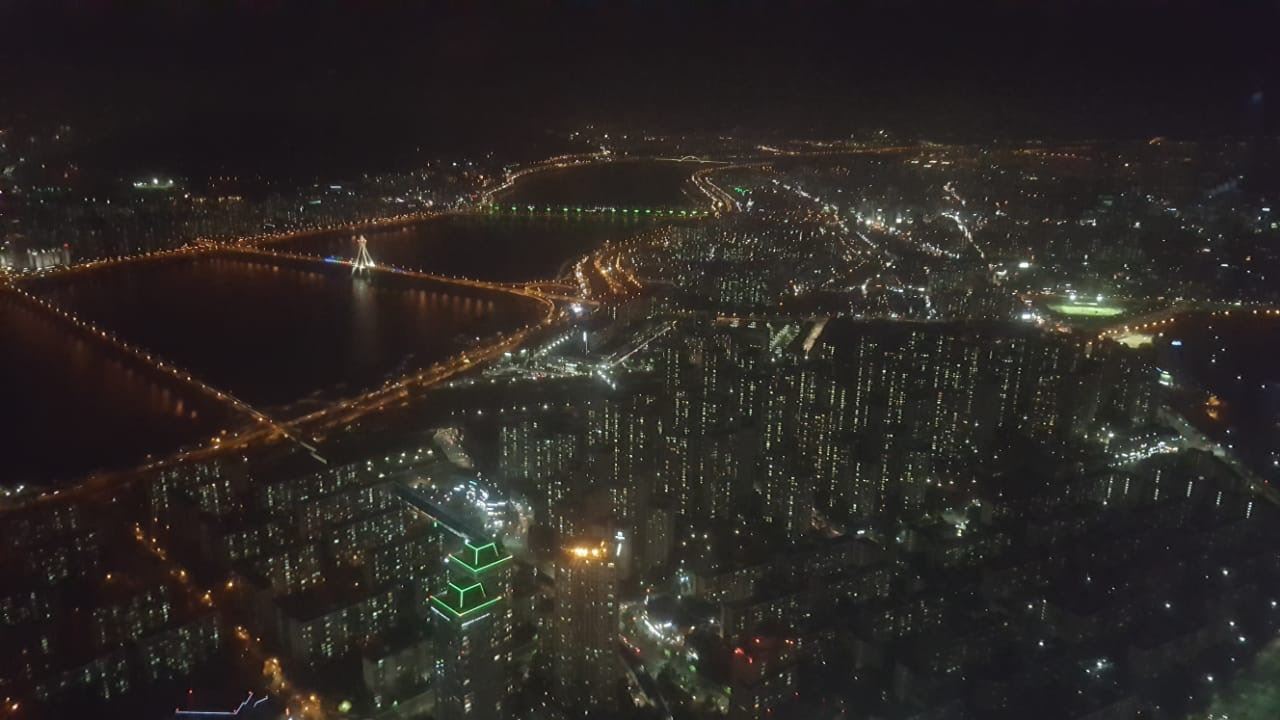 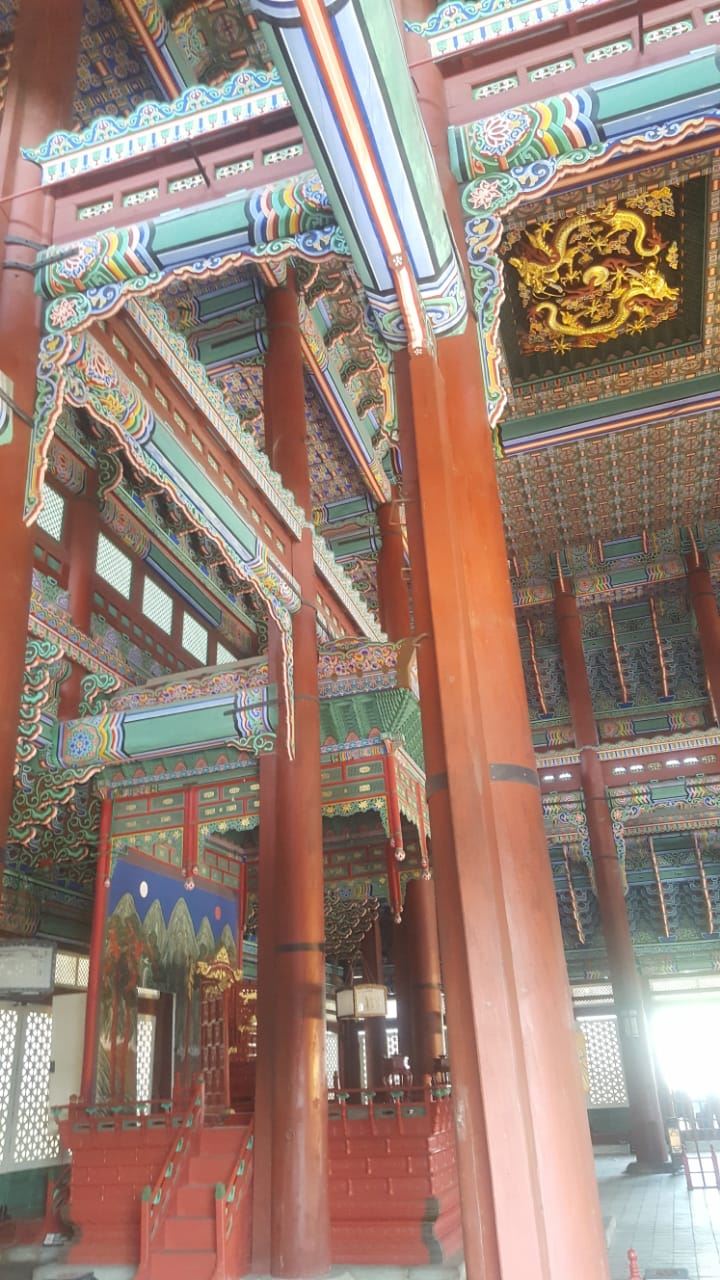